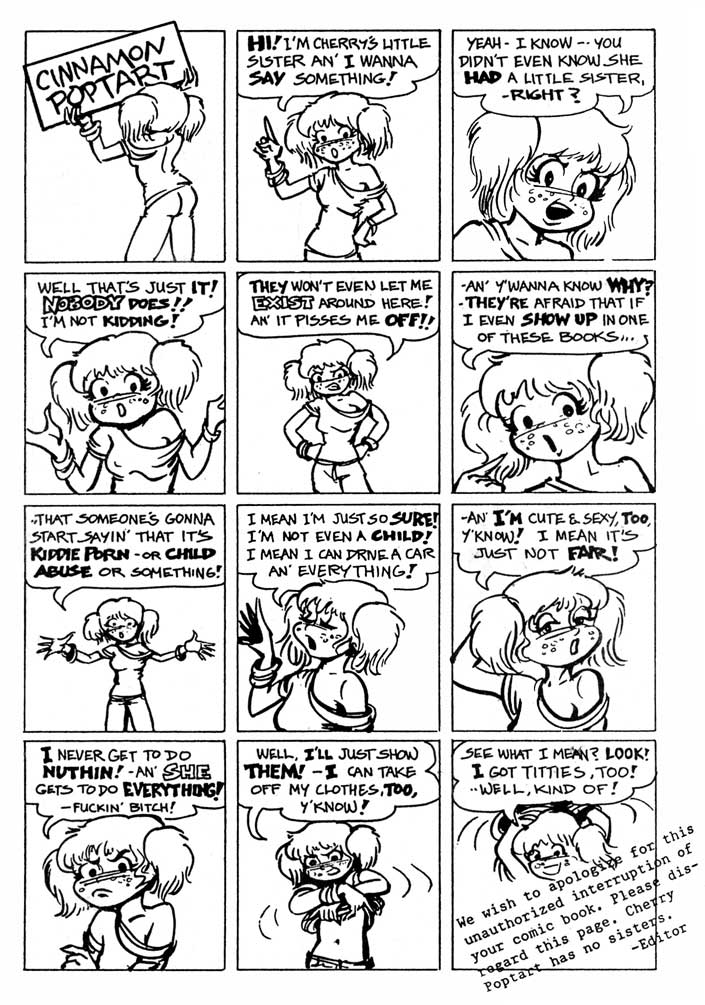 Here’s a wondrous little curiosity that would never be published today, given the ongoing modern obsession with stamping out every hint of child nudity in art.  Heaven forbid kids realize they have sex parts!  The Kids’ Liberation Coloring Book was published by Last Gasp, one of the original purveyors of underground comix, which fostered the careers of some of the most recognized comics illustrators and lowbrow and pop surrealist artists on the scene (Robert Crumb, Aline Kominsky-Crumb, Melinda Gebbie, Robert Williams, Mark Ryden, Gilbert Shelton, Rick Griffin and Vaughn Bode,  to name a few.)  The coloring book, while not exactly a high artistic achievement (much of it was clearly dashed off pretty quickly), is certainly a fascinating cultural artifact from a time when liberation of children from the stifling patriarchal idiocy, religious nonsense, sexual repression and social engineering of the 1950s made significant headway.

Then came the 1980s and the end of a wonderfully progressive era.  I have long contended that there were two things that killed the Sexual Revolution.  One was AIDS, which made its way into America (and the American consciousness) in the early ’80s.  The other was the child sexual abuse/exploitation scare, which started in the late ’70s but really took hold after the publication of the Meese Report on pornography in 1986. Although largely a bust in curtailing pornography on the whole, the Meese Commission’s one real success was heightening of public fears about child pornography. Coupled with the growth of the daytime talk show industry, which exploited sensational issues like child abuse to increase ratings, the moral panic over children and sex was all but assured by the 1990s and has never abated since.

At any rate, among the artists that contributed cartoons and illustrations for this coloring book are Kim Deitch, Julie Wood, Bill Griffith, Lary Welz and Trina Robbins. 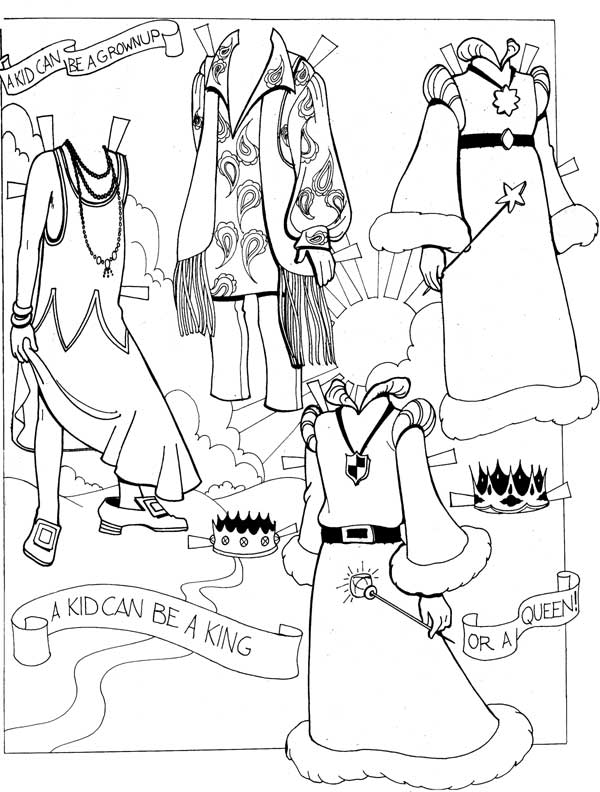 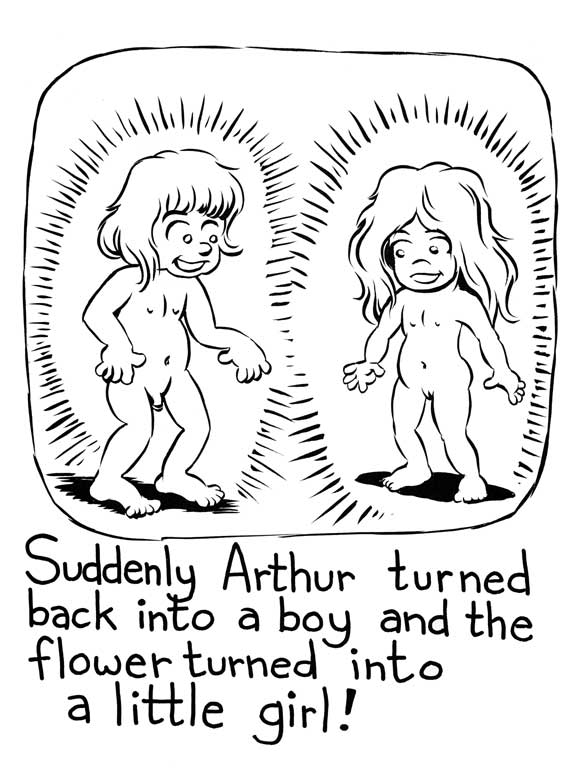 Note the conceptual similarities between this next page and the Sun Tarot: