A reader found and shared this delightful artist with us. Vadim Vyshinsky (Вадим Вышинский) (b1967) says he never studied art anywhere and apparently has artistry in his blood. Both his mother and father draw and exhibit and he has traced his family from a long line of artists back to the 16th century. He became an officer in the Russian military and retired at the rank of colonel to pursue his art full time.

Many of his images feature boy and girl children captured in a moment of action or in fantasy themes. The image below is especially delightful. The figure with its exaggerated posture and erect pigtails simply exudes joyful energy. 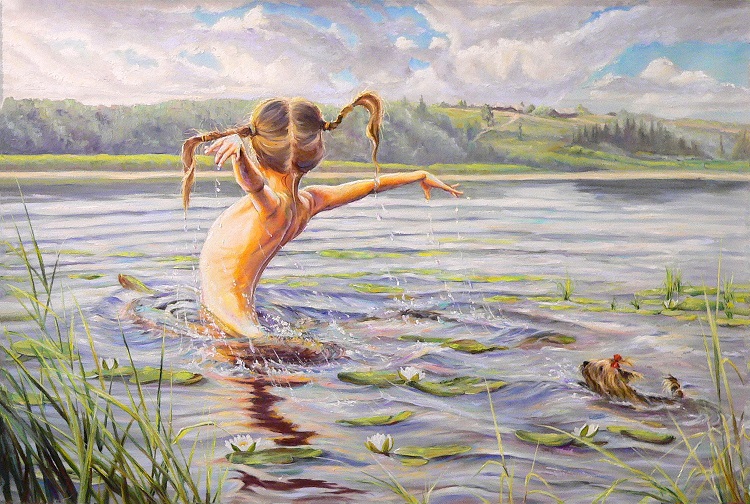 To see more of his work simply click the link on his name above.