Christiane Vleugels is an extrodinarily talented Belgian painter. She started painting at age 12, and was a professional at 17. Early in her art career, Vleugels had to devote herself to painting commissions to earn a living. This included a government commission to paint portraits of Belgian King Boudewijn and Queen Fabiola. Vleugels looks back on this as a tiresome but necessary period during which she improved her painting technique. She was then prepared to tackle more creative works of art.

Now that she was free to follow her passion, Vleugels said, “Each new painting unveils a certain aspect and makes it clear to me that I have chosen the right path in life. The sole purpose of my work is to tempt people to dream”. Her paintings are so realistic that it would be easy to mistake them for photographs, were it not for the fact that she is able to compose scenes that do not occur in reality. She certainly achieves her goal of tempting people to dream. 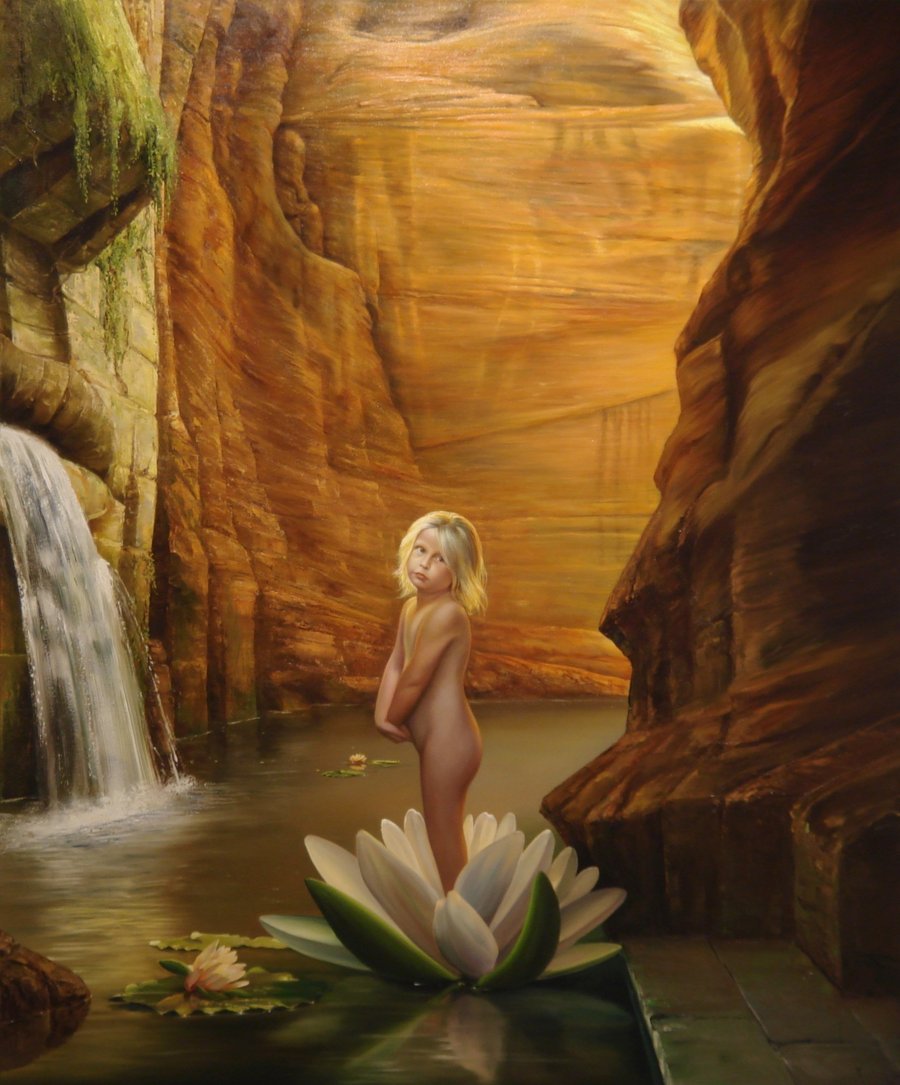 The first Vleugels painting posted here is titled Raipun. This is the name Christiane Vleugels uses on the DeviantArt site. On that site, the artist states this painting is very dear to her. There is something about this painting that I also like a lot. The girl, the canyon, and the flower are rendered in a realistic manner, but they combine to make a scene from fantasy. In the lower right, the natural wall of the canyon morphs into an artificial pavement. What does the artist want to communicate by this? 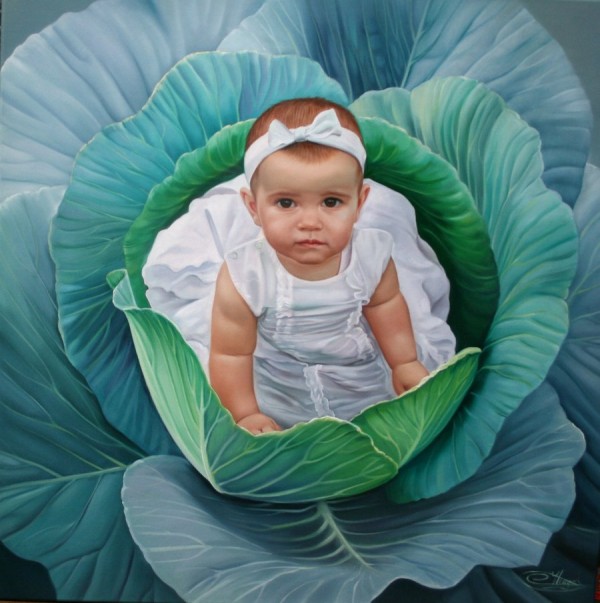 Luna is the next painting. It appears to illustrate the old story, often told to children deemed too young to learn about sex, that babies are found under cabbage leaves. 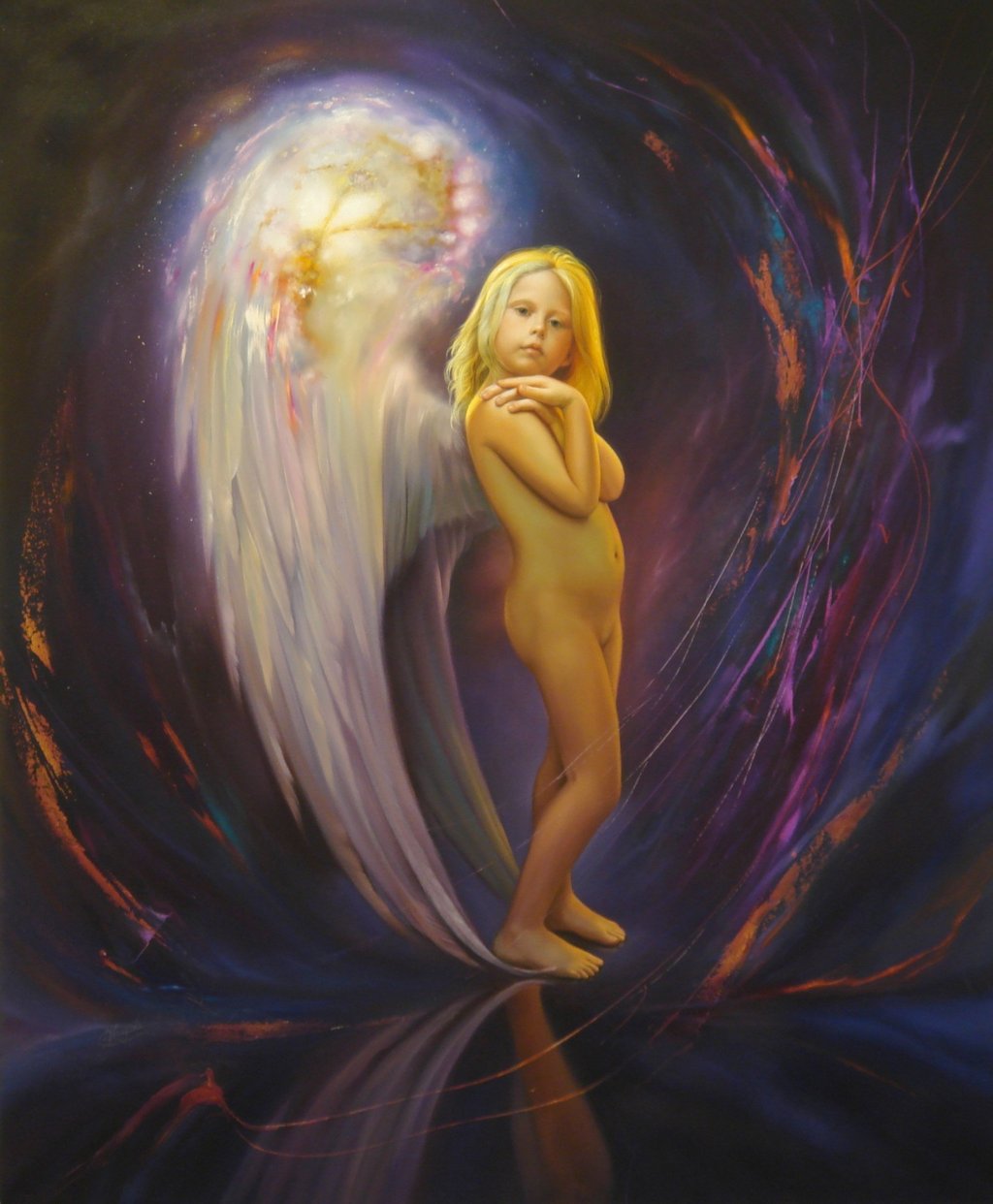 The painting titled God’s Creation on DeviantArt bears the title God’s Gift on another site. I have used the DeviantArt title. Also, all of the dates in the captions are the dates the painting was posted on DeviantArt. Note that there is a galaxy in the angel’s wing. 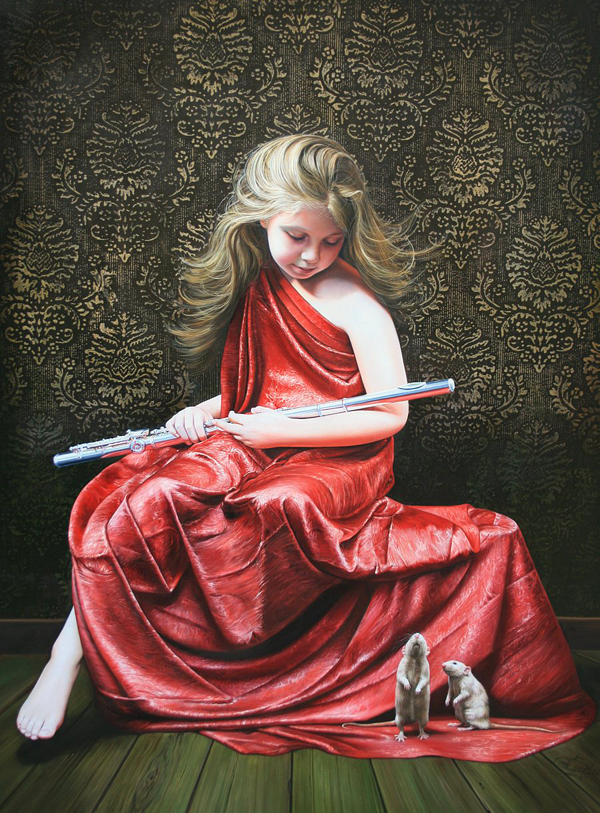 Vleugels wrote, concerning Forgotten Tunes, “With this painting I am refering to the Tale of ‘The Ratcatcher of Hamelen.’…But, even though some heartfelth music gets to be forgotten, doesn’t mean it looses its magic!” Robert Browning wrote a poem based on the tale, and as a result it is better known to English speakers as The Pied Piper. Vleugels wrote, “I used my daughters face for this portrait to give it a more personal touch.” 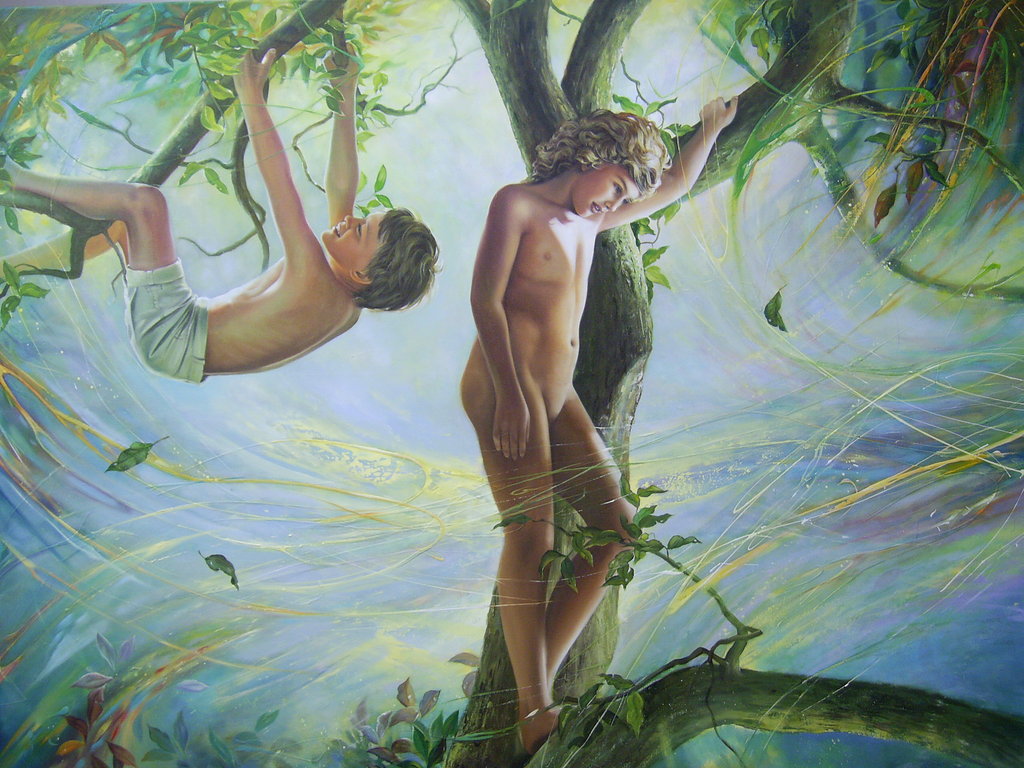 I found Forever Moments on another art site, unfortunately without a date or comment by the artist. It is an intriguing composition. The boy and the girl are together in the painting, but appear to pay no attention to each other. Note the lines that seem to me to indicate wind, yet the wind does not disturb the children’s hair. The heads of the two children are at the same angle, but the boy’s faces up and the girl’s faces down. 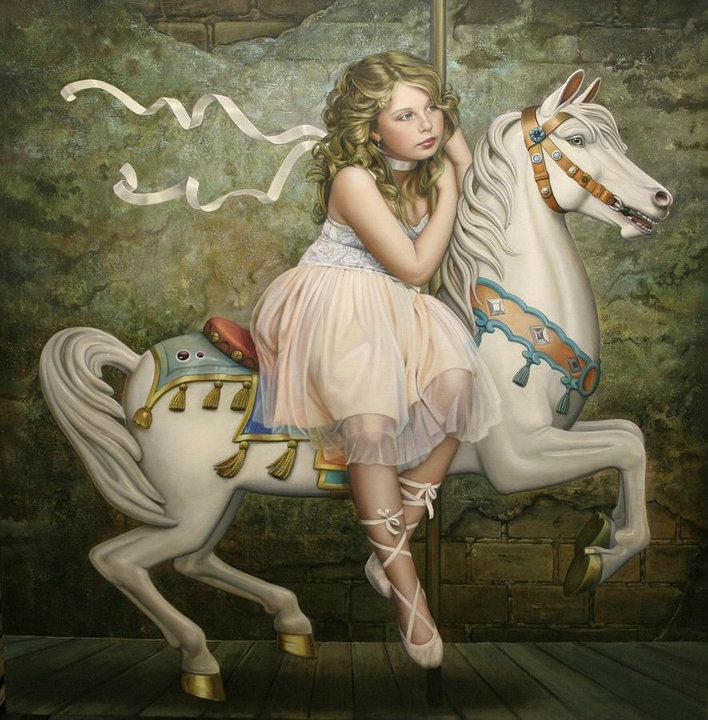 Caroussel is another portrait of the artist’s daughter. Christiane Vleugels had a problem with Caroussel because she originally painted it in shades of gray. She then added layers of color by glazing, but it didn’t look right. She said, “No worries, exept for the fact that I had to repaint the whole skintone. It worked out allright in the end, but the vintage effect that I was aming for, went lost in the whole process of repainting. Still, a nice result, even if not spectacular. I hope you will enjoy!” I think the result is spectacular; perhaps Vleugels was being modest. 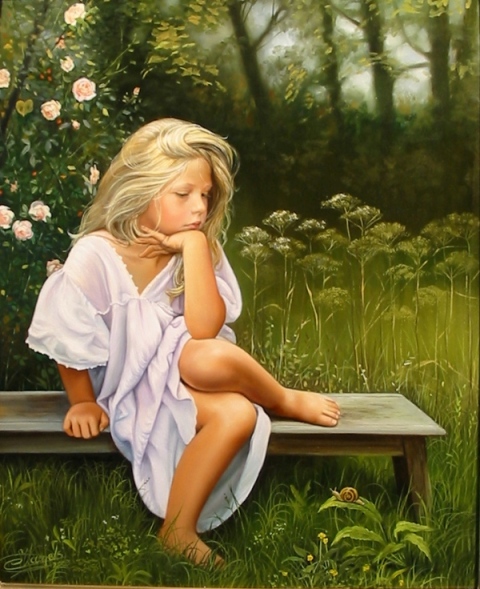 Timeless, a portrait of the artist’s youngest daughter, is the last painting posted here. Most of the subjects in Vleugels’ paintings are adults, and the relatively few children are often her own. Vleugels wrote, ” You are wondering where I get my inspiration? Well, I am lucky to have been blessed with a wonderful family and lots of amazing friends!!! ”

Christiane Vleugels’ webpage can be found here. She is also on Facebook and DeviantArt.