This story begins with a press photo I noticed on a sales site. I loved the impish expression of the girl while she sat on the head of the White Rabbit sculpture in Central Park, New York. Since the sculpture ties in to the whole Alice in Wonderland culture which is associated with a plethora of material about little girls, I decided it needed to be presented on this site. After a little digging, I realized this photo is historically significant as it was one of many taken during the unveiling of the statue in 1959. 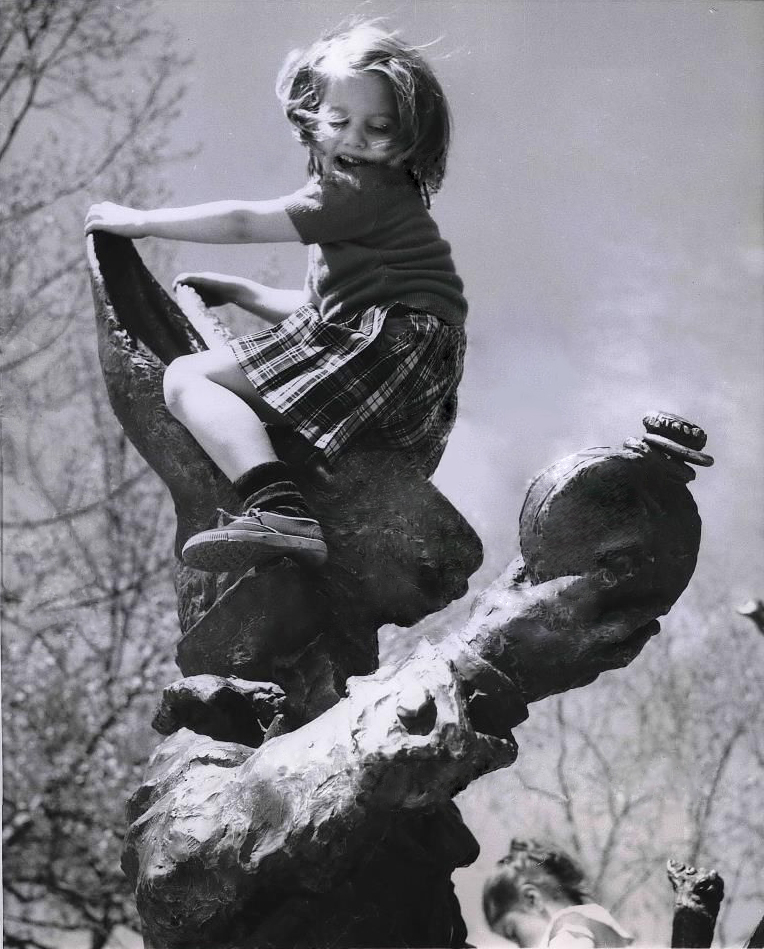 I had no idea that this sculpture existed and even if I lived in New York, I would still probably not have known about it. Since beginning work on Pigtails and working with artists that deal with Alice lore extensively, I now feel it a duty to get to know some of this material (it would be impossible for any one person to keep track of it all). There are many sculptures in Central Park but this is one of the few depicting fictional characters. This piece features most prominently Alice, the Mad Hatter and the White Rabbit along with a few other charming characters and details from Lewis Carroll’s 1865 story. The statue is located on East 74th Street on the north side of Central Park’s Conservatory Water. The publisher George T. Delacorte Jr. commissioned the work from José de Creeft, in honor of Delacorte’s late wife, Margarita, and for the enjoyment of the children. The sculpture tries to follow John Tenniel’s whimsical illustrations from the first edition of the book Alice in Wonderland. Some sources suggest that de Creeft’s daughter Donna may have served as the model for Alice. The project’s architects and designers were Hideo Sasaki and Fernando Texidor, who inserted some plaques with inscriptions from the book in the terrace around the sculpture. The design of the sculpture attracts many children who climb its many levels, resulting in the bronze’s glowing patina, polished by thousands of tiny hands over the years. The casting was done at Modern Art Foundry Astoria in Queens, New York. 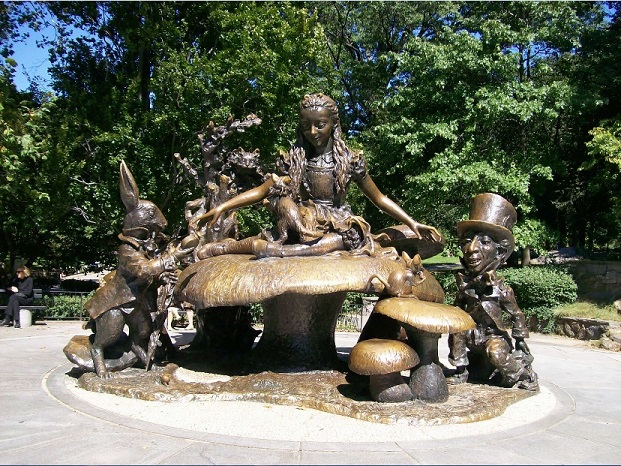 Pip informed me that had I been more attentive, I might have noticed that there were a number of iconic images featuring this Central Park sculpture. In 1988, it appeared in Slick Rick’s music video, Children’s Story. But by Pip’s reckoning, the most notable photo was probably the one of Jimi Hendrix and his band sitting on the sculpture with a bunch of children. It was used as the back cover of some pressings of the Electric Ladyland album. Jimi actually wanted it for the front cover, but the studio in England insisted on a more provocative photo of nude women—a rare instance where the artist wanted a tamer image than the studio! Editions produced for the American market just feature a closeup of Jimi’s head, reflecting the more prudish attitudes in the U.S.  The image was photographed by Linda Eastman, who later married musician Paul McCartney. 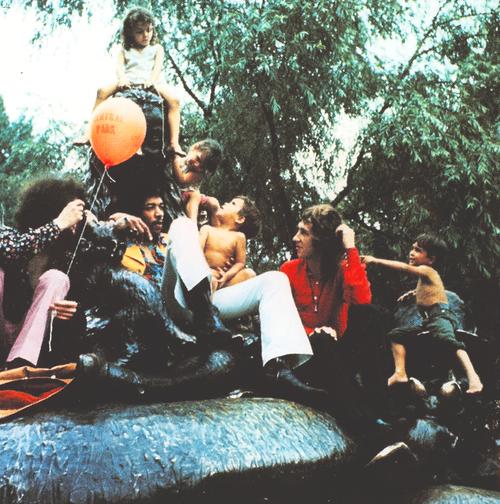 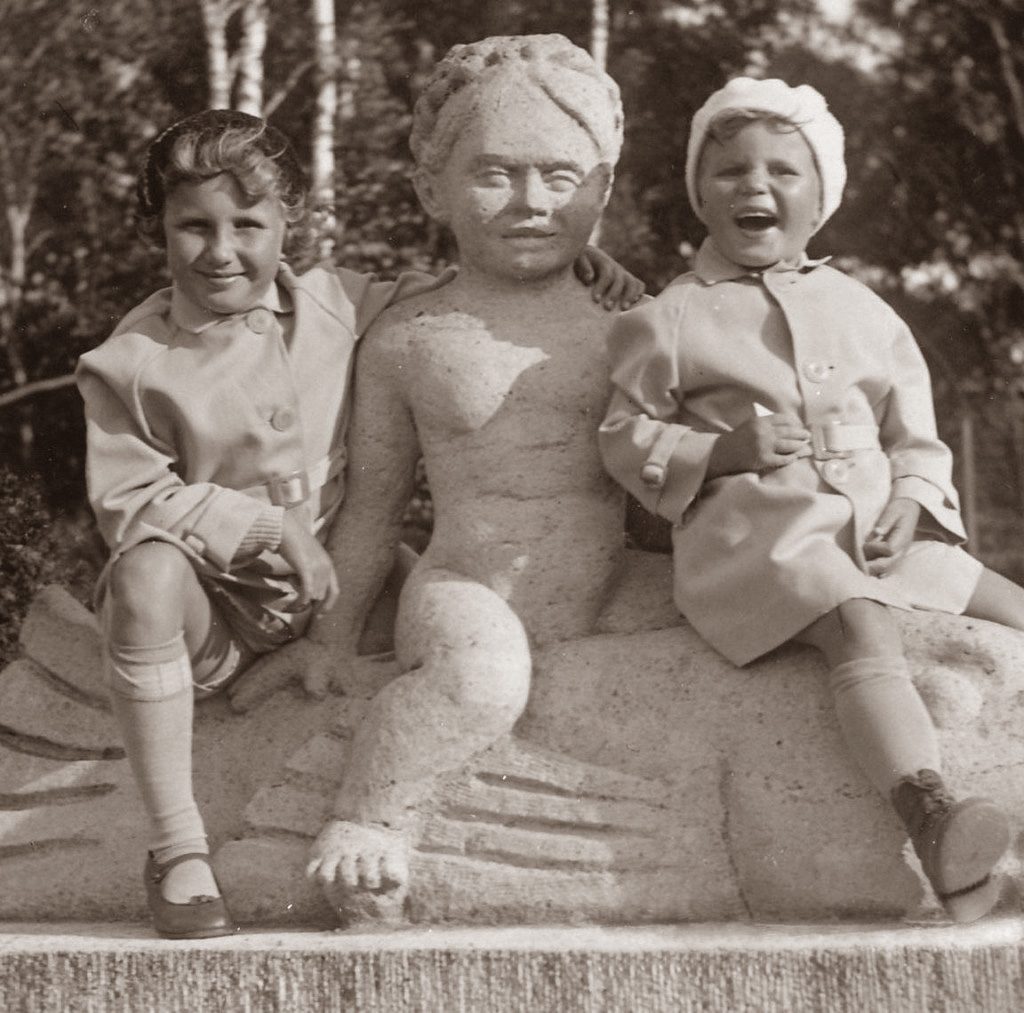 And while we are on the subject of children playing on statues, I have a bonus for you. This photograph also appeared online, but does not have any identifying information. The seller believes the statue is somewhere in Europe, but could offer no more than that. Anyone knowing anything about this piece is encouraged to come forward with the information and perhaps some better photos.