Igor Stravinsky (1882–1971) was a Russian Neoclassical composer, pianist, and conductor. He is arguably the most influential composer of the 20th century. His style of composition is still noticeable in the work of film soundtrack composers. He first gained acclaim for three ballets commissioned by the Russian impresario Sergei Diaghilev, The Firebird (1910), Petrushka (1911) and The Rite of Spring (1913). In last of these, Stravinsky developed a new system of bitonality and polyrhythms which gave him enduring reputation as a musical revolutionary. 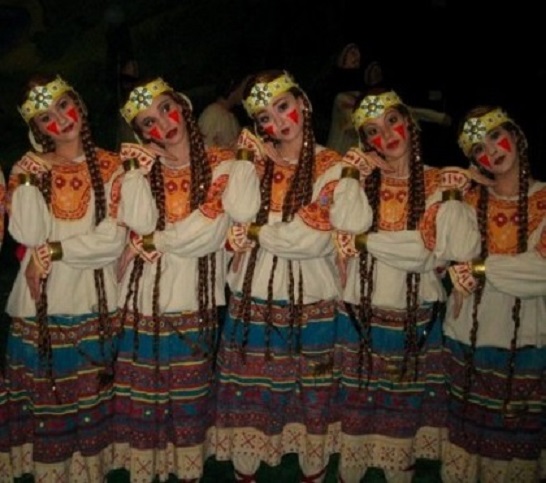 Dancers in Nicholas Roerich’s costumes for The Rite of Spring

The premiere of the The Rite of Spring (Le Sacre du printemps) on May 29, 1913, at the Théatre des Champs-Elysées in Paris started a riot; some accounts of the performance claim the police were called. The audience was shocked by Stravinsky’s unprecedented use of dissonance and rhythm as well as Vaslav Nijinsky’s unusual choreography of the dancers. The performance of the Introduction was uneventful, the riot really broke out according to Stravinsky, “when the curtain opened on the group of knock-kneed and long-braided Lolitas jumping up and down”. Danses des Adolescentes  or Dances of the Young Girls is the first scene in The Rite of Spring in which Stravinsky employed his bewildering rhythms. The audience responded by whistling and stamping their feet, the noise was so great the performers could barely hear each other.

One would expect the music for a dance of young girls in Spring to be light-hearted in mood, perhaps something like this passage from Beethoven’s 6th “Pastoral” Symphony is what could be expected. ( At least this what Walt Disney had in mind for the Centaurettes in Fantasia)

Igor Stravinsky ~ The Rite of Spring ~ Dances of the Young Girls

Stravinsky shatters our expectations by instead having the girl’s dance begin with a loud pulse with unpredictable dissonant chord strikes, which ironically, later inspired John William’s theme for the attacking shark in the film Jaws! Erik Heine noted, “The accents in the shark’s music mirror the accents from the Dance of the Young Girls in Stravinsky’s ballet”. Stravinsky upset the meter most are accustomed to hear, a measure of four eighth notes — 1234, 1234, etc. instead, the accents (reinforced by of 8 French Horns!) make us hear 1234, 12345, 12, 123456, 123, 1234, 12345,123! melodic fragments from Russian folk songs are introduced which give the sense of a dance in an immense kaleidoscope.  Dances of the Young Girls can be heard here.

While it is true The Rite of Spring is a masterpiece of modern music in terms of form. Is it really modern in terms of content? Although Stravinsky gained reputation of being avant-garde, I’m certain he did not intend to cause offense, he said in an interview,”I knew the music (The Rite of Spring) so well and it was so dear to me that I couldn’t understand why people were protesting against it.” Gill Perry recognized that “Many artists whom we now label ‘modern’ were in fact opposed to the processes of modernization (by which I mean the forces of industrialization and urbanization in Western capitalist society).”

When Stravinsky was completing The Firebird in 1910, an image flashed in his mind:

“…there arose a picture of a sacred pagan ritual: the wise elders are seated in a circle and observing the dance before death of a girl whom they are offering as a sacrifice to the god of Spring in order to gain his benevolence. This became the subject of The Rite of Spring“. 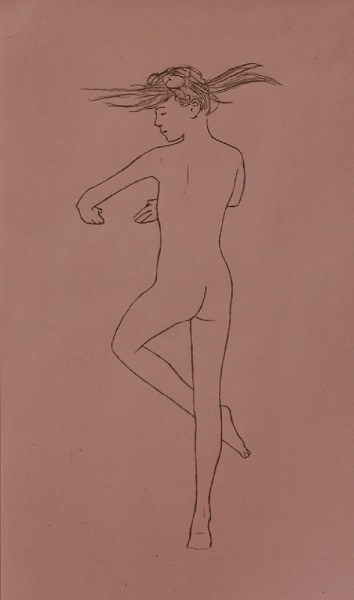 Many remain blind to the trend in art between the late 19th Century and early 20th Century I refer to as Jugend. Many artists of the period felt the need to find “roots” away from the sophistication and materialism of the modern world. Very often rural peasants were chosen as a subject of great moral worth, others turned to youth. It seems that no one wants to notice this, for example Die Brücke paintings of young girls were central to the school but are not included in art history books. I make a point of the loss of sensitivity modernism has brought in my post ‘The Zeitgeist’ on Celestial Venus. The rites of passage have been done away with in modern society so Stravinsky, like many other artists, return to the initiation folklore of youth. Leonard Bernstein observed, “This is one very obvious sense in which Stravinsky’s music can be understood as Poetry of Earth; these pieces are deeply rooted in the earth of folklore, at times seeming to reach back even further than traditional folk music, reaching atavistically back to prehistory.”