Very little is known of Eddy Samson (1914–1981) except that he was a painter who operated out of The Netherlands. Samson was likely one of those artists who was penalized for producing representative art when it was out of vogue. This painting predates that period slightly and so he may have enjoyed some success before the ascendance of the Nazi regime and the subsequent Cold War. 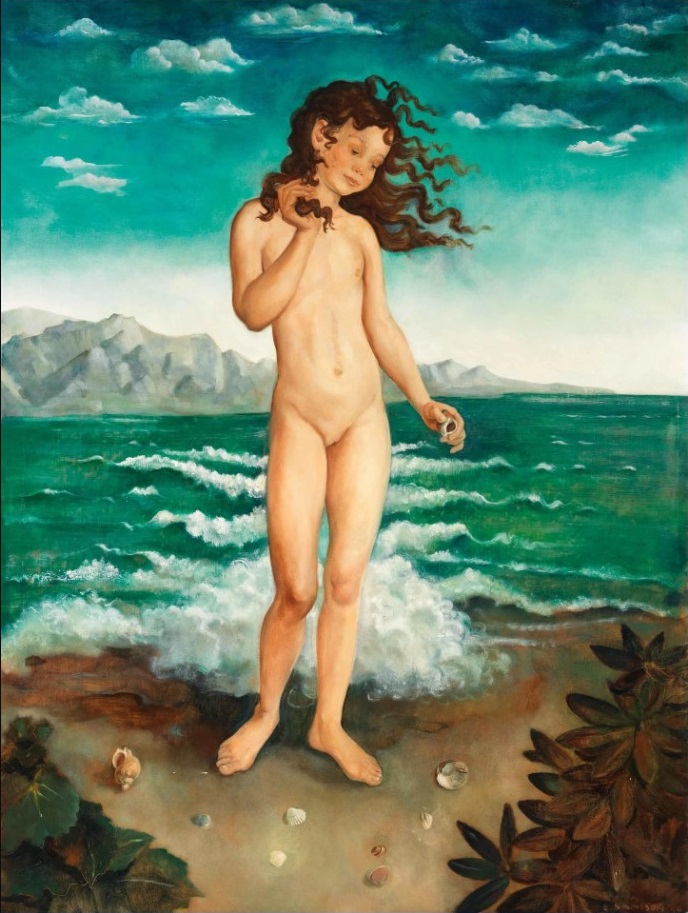 Without even translating the title, the first thing that struck me about this piece (oil on board) is that it is a reinterpretation of Botticelli’s Birth of Venus. It makes some sense that Aphrodite (Venus) should be portrayed as a youth since we are talking about a birth here, but on the other hand we are not looking at a toddler either. Given that “birth” in this sense is a metaphor, the symbolism is a bit mixed up here. I would love it if one of our readers had a little more on this artist and the artist’s intent with this piece.