This is the fourth post in the Sublimated Sexuality series. You can view the first three posts in this series here, here and here. Let’s get started.

12) Body horror – This is another fairly broad category that covers a lot of these images, and as with several of the categories, there is a good deal of overlap with some of the other categories (for example, the monstrosity, violence and general weirdness categories). At any rate, this category covers physical deformities and mutations, sickness and disease, bruises and wounds, and what I would deem “frankensteined” people and animals—that is, beings who are something other than a full human or a full animal. Sometimes they are animal-human hybrids; other times they are biomechanical monstrosities. 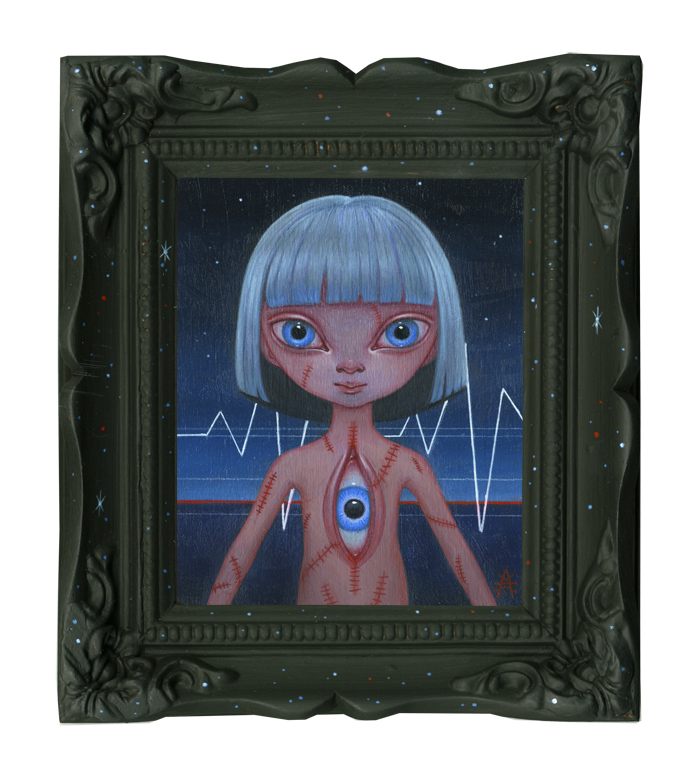 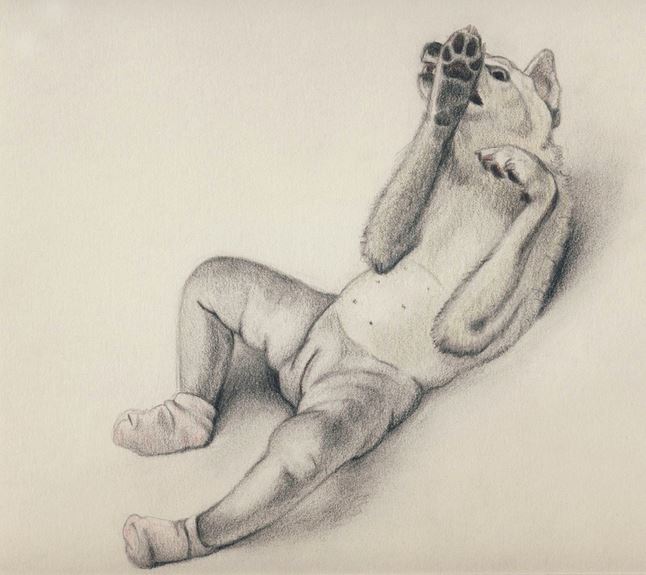 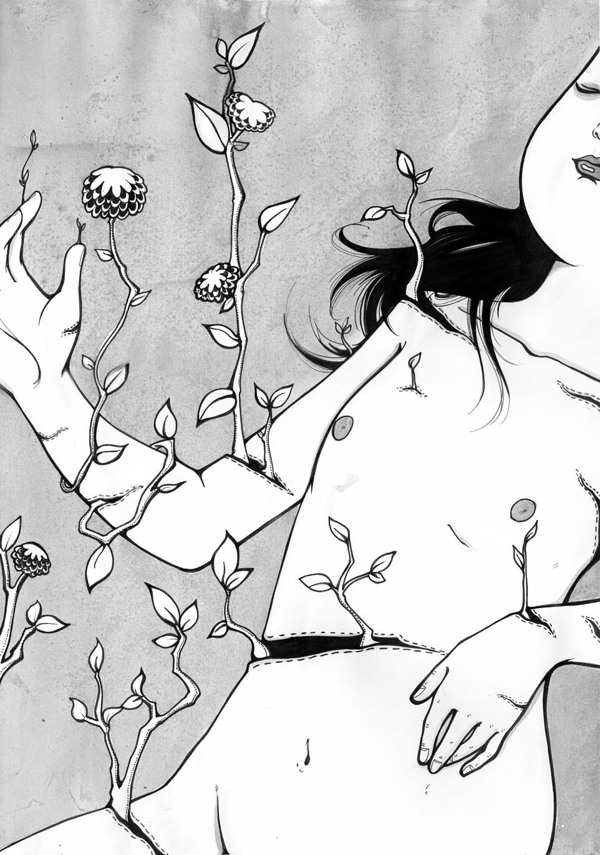 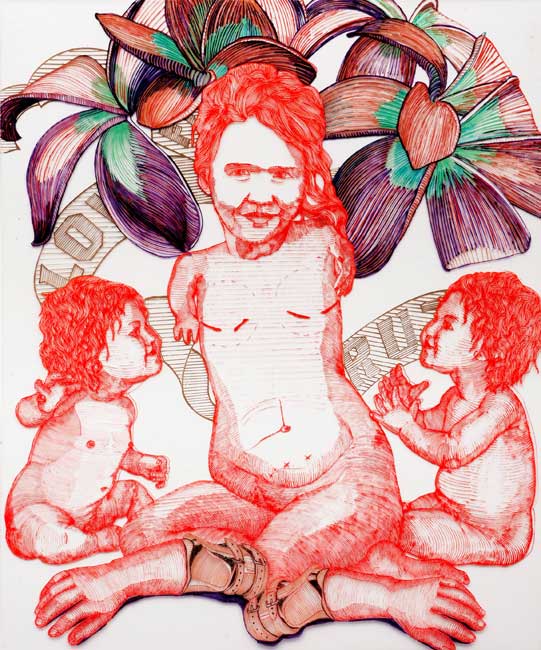 Here there is some overlap with the twins category. Yang Jing’s work often incorporates dolls, which we’ll get to in yet another category. 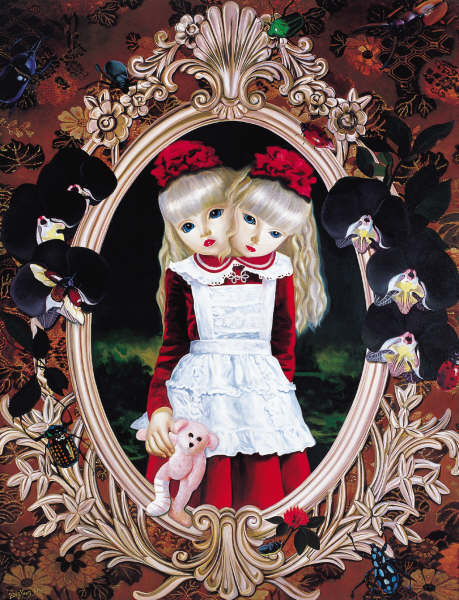 Yang Jing – We Did Nothing

The following image is perhaps the quintessential example of the thesis of this blog series. The implication in Nicoletta Ceccoli’s Dulcis Agata (Latin for Sweet Agatha) depends partly on how you read this sort of art overall. It also references the next category to be addressed in this post, the presence of food, particularly sweet treats, in these images. Ceccoli often uses cakes and candies in her images to symbolizes childhood, especially girlhood, but there is frequently a sinister undertone to these images, and that is the case here. The title references St. Agatha of Sicily, a girl from a wealthy family who, at age fifteen, refused the sexual advances of a lowborn Roman prefect and was subsequently arrested, tortured and eventually murdered. Among the punishments she supposedly enduring was the cutting off of her breasts.

Here Agatha is presented as a young girl who offers either some sort of dessert drenched in strawberry or cherry sauce, or her own severed breasts. If it is the latter, one can read it in at least two ways. The first is as a feminist allegory in which women are expected to look ever younger for men, and thus a young girl might sever her own breasts to remain child-like in presentation. The second reading is actually not far from the first, and it is that culture desexualizes young girls to keep them pure and holy, by violence if necessary. 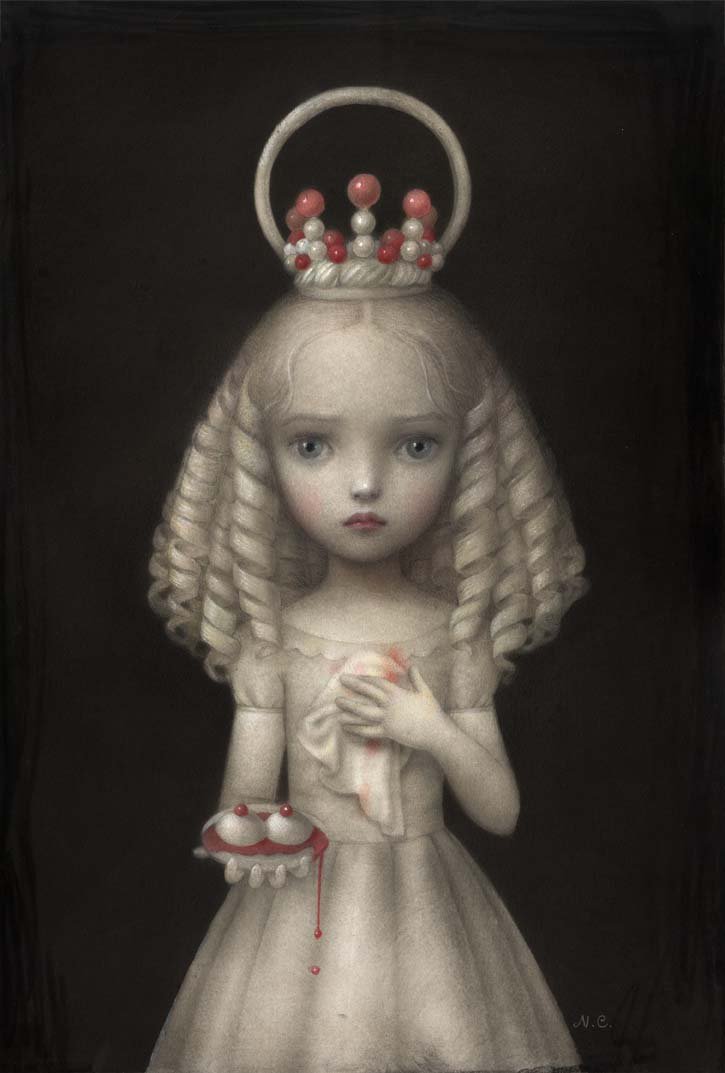 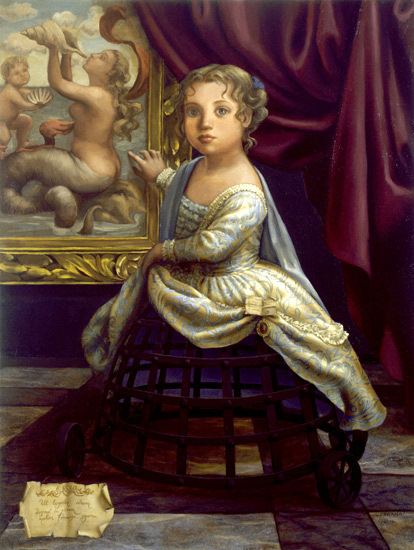 13) The presence of food, especially sweets – Food is sometimes associated with sex, and no food more so than fruit and candy, both of which are sweet. (Refer to my Cherry Ripe! post for some insight into at least one fruit that commonly symbolizes sex or sexual development.) Sweets are also associated with children, which makes the symbolism in these images especially potent. Add in a healthy dose of satire and you have the makings of a clever commentary on the conflicted view of the young girl in modern society. 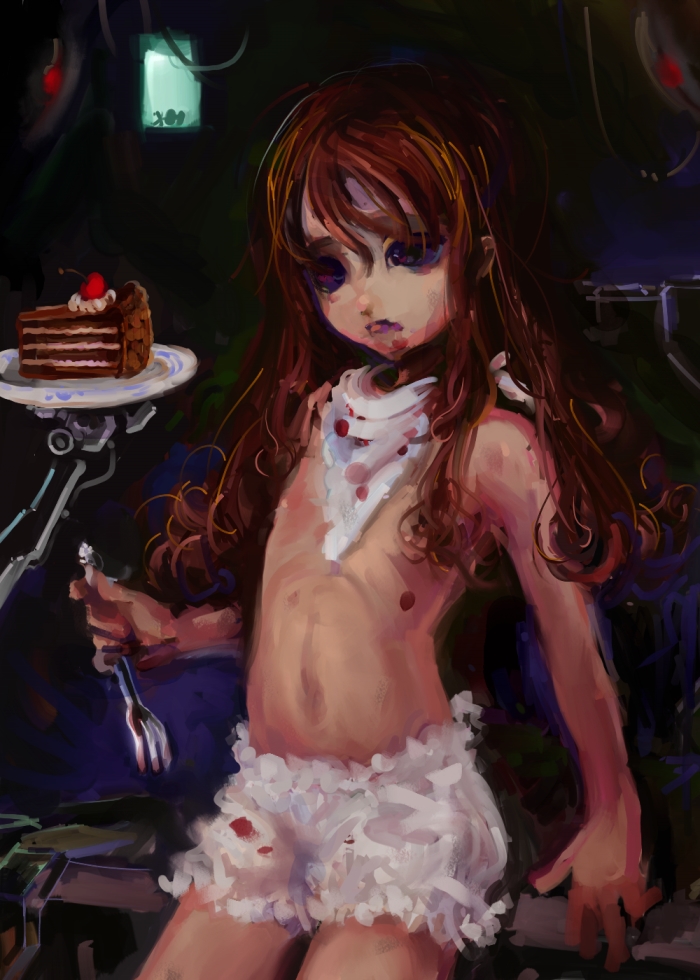 Hiroyuki Mano – The cake is a lie

Ceccoli’s girls generally exist in some sort of dark Candyland. 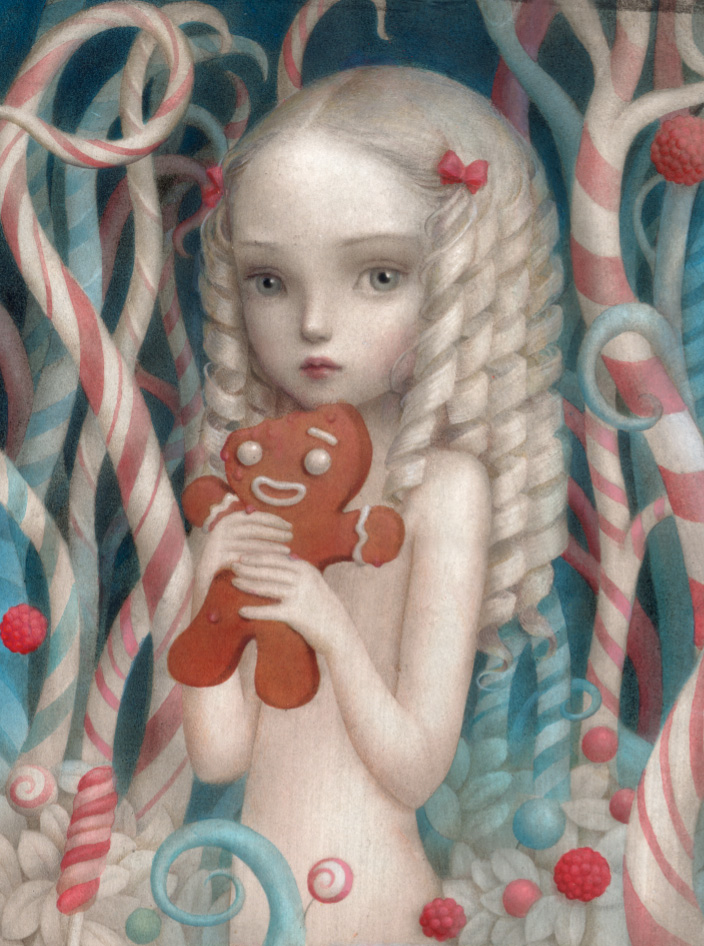 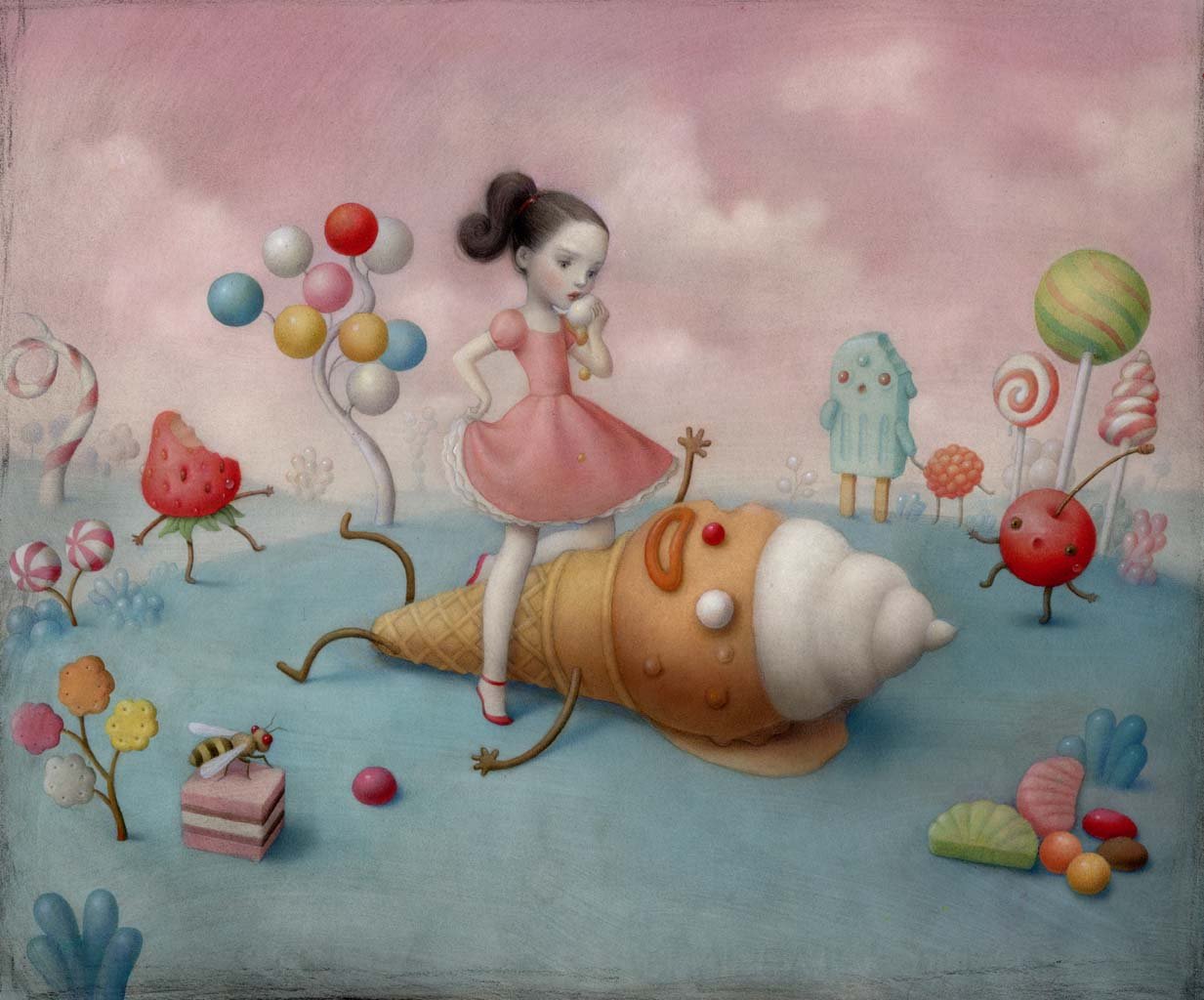 Nicoletta Ceccoli – Consumed by You 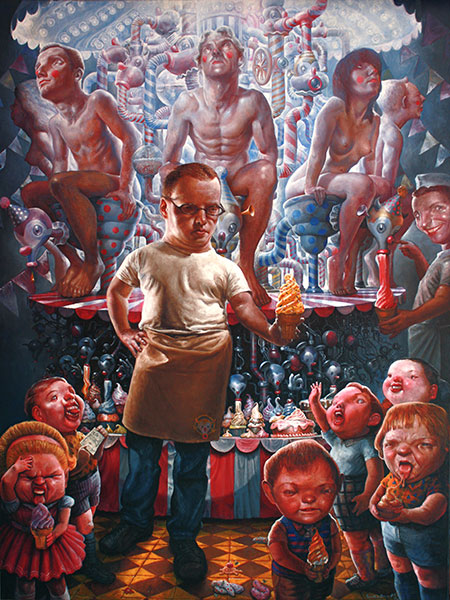 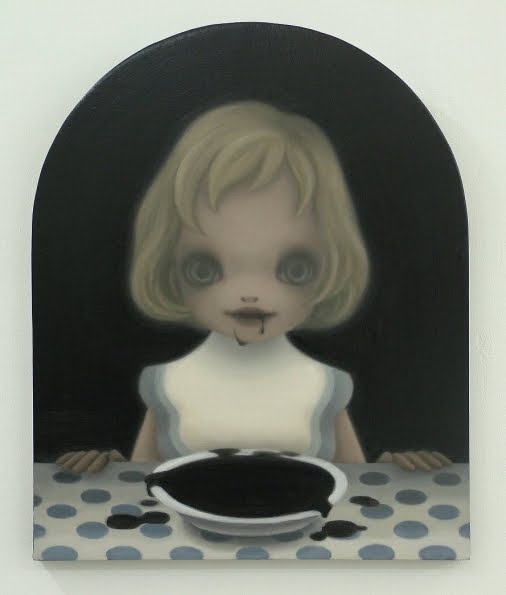 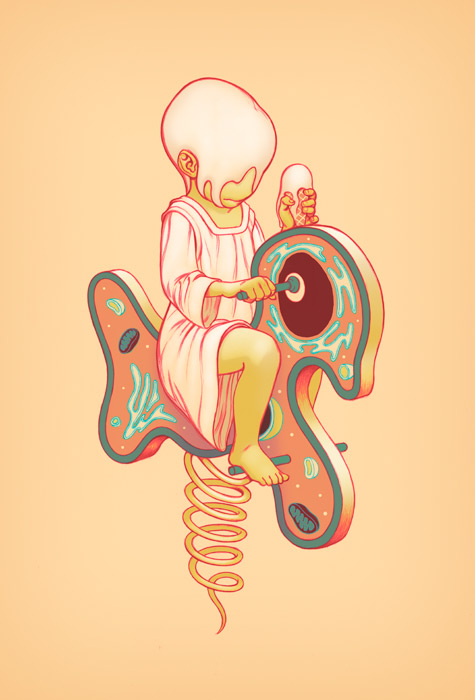 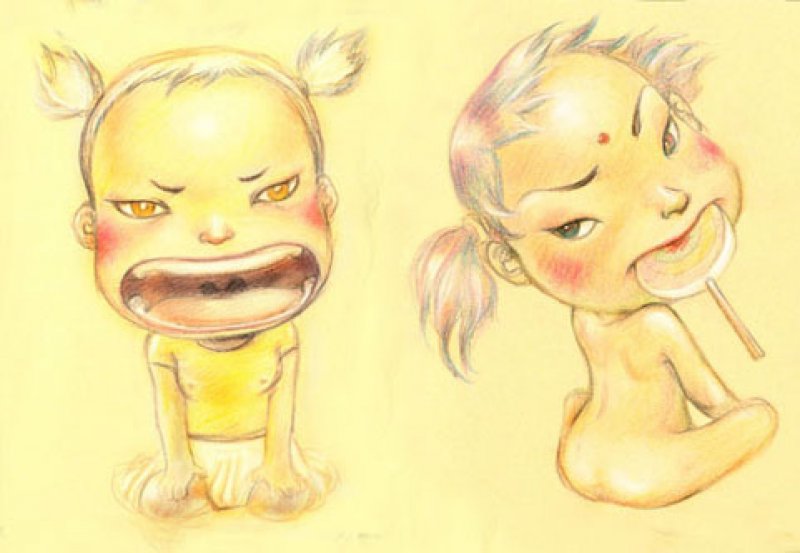 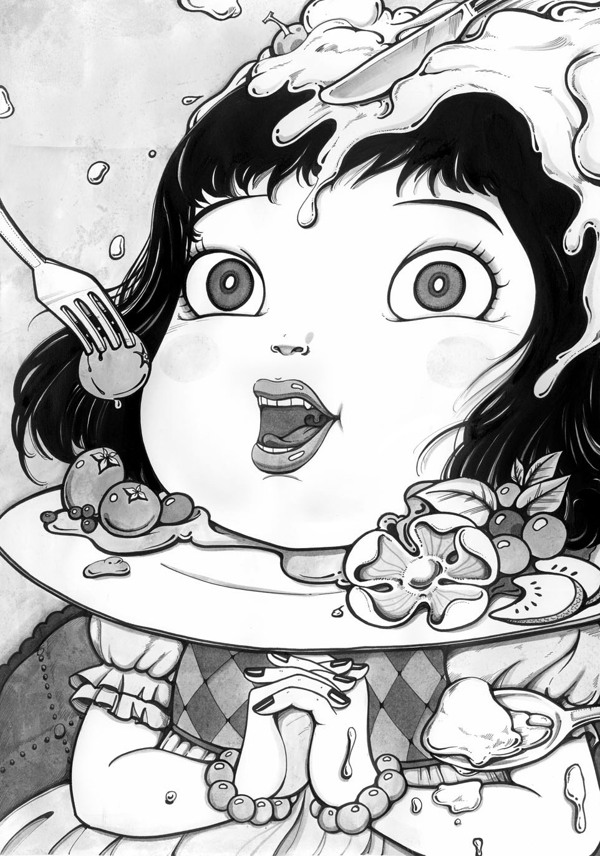 14) Masks, especially animal masks – Masks are another recurring emblem in this sort of art. Much can be said about masks in art just in general, but with respect to kids, one immediately thinks of Halloween, which is associated with devils and darkness too, and that of course intersects with one of the persistent themes in these images: horror of one sort or another. If we think in terms of sublimating childhood sexuality, these images are not too dissimilar from the human-animal hybrid pieces, only the artists are perhaps more aware of the sublimation and are acknowledging it. Thus, the masks are in essence a reflection of both the artist’s neuroses with regard to children and a sly acknowledgment that there really are human children behind the false faces being offered to the viewer. 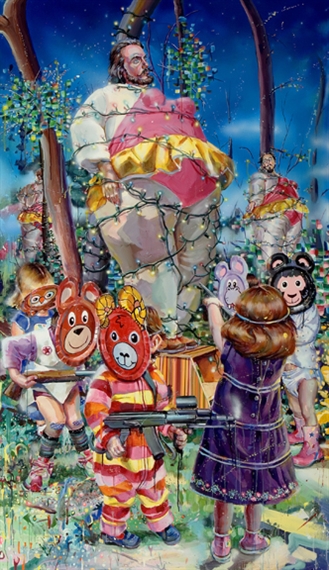 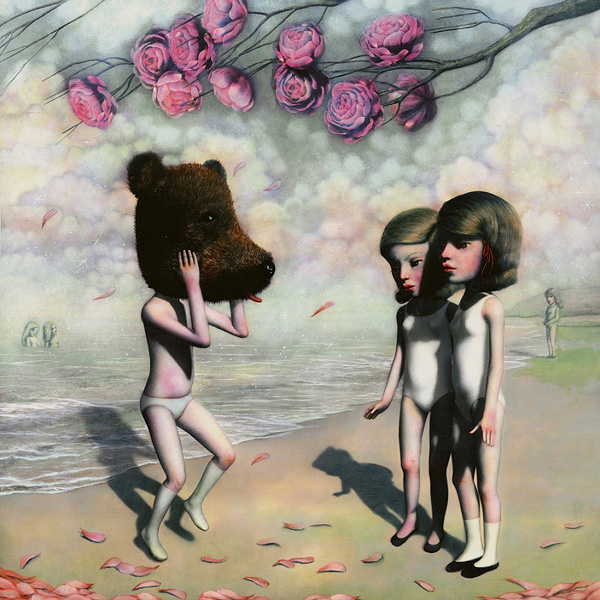 Here Red Riding Hood becomes the wolf. Yet another clever commentary on the nature of girlhood and how it is perceived. 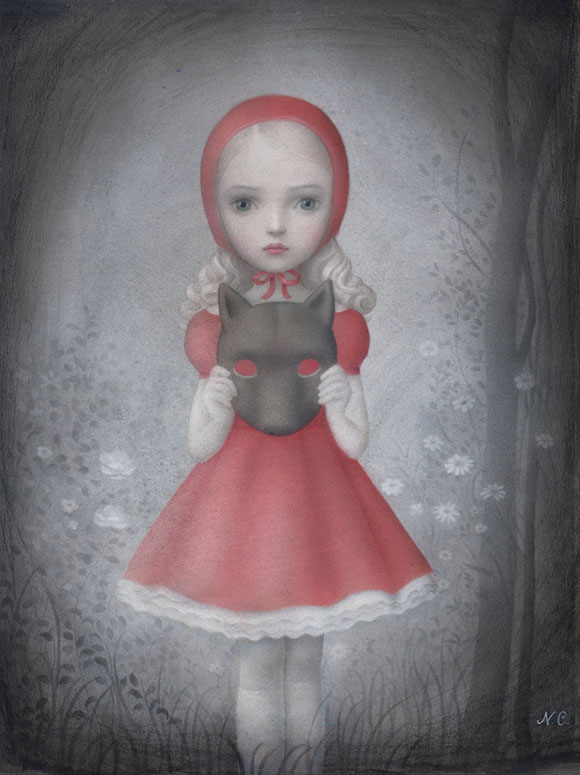 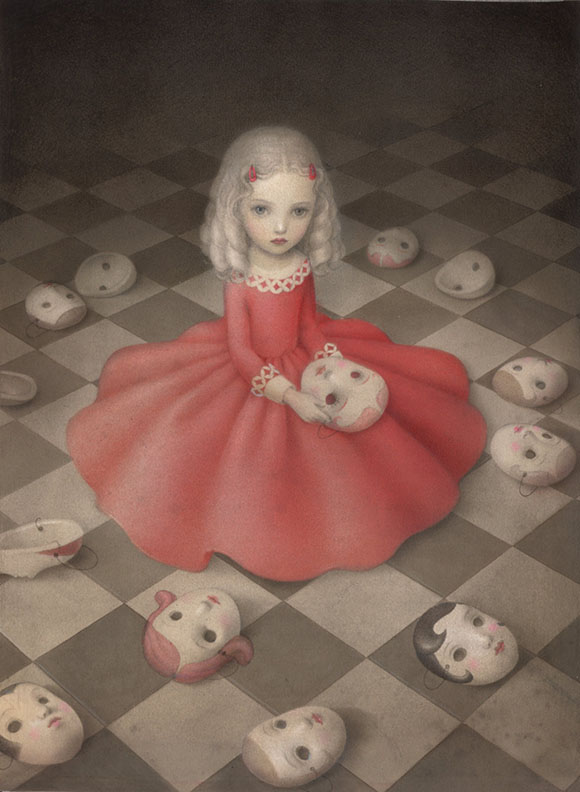