Isadora Duncan’s story is one of both resounding success and incomprehensible tragedy.  When Isadora—the last of four children—was a baby her family fell into financial and social ruin; a couple years later her parents would be divorced.  As Isadora grew she found herself drawn to dance and increasingly frustrated with the restrictive atmosphere of school (not unlike author Madeleine L’Engle, who, ironically, would be enrolled, along with her sister, in one of Duncan’s dance classes.)

As a young woman Duncan found herself in Europe, where she developed a new form of dance that stressed freedom of movement and rejection of the highly structured stances and moves of ballet, a style she found unnatural. In a sense she was the kinetic embodiment of art nouveau, a style of art that had peaked right around the time she was becoming prominent in the dance scene. While her style was quite successful in one sense, it was not without controversy, not merely because of its rejection of tradition but also because Duncan often appeared in revealing translucent clothes or, on at least one occasion, nothing at all. In puritanical America her free-form style was initially lambasted, though methinks the rejection had less to do with her improvisational technique than with her skimpy outfits and sensuous movements. Europeans, however, quickly embraced her in a big way and even sent their young daughters to study underneath her (as did Americans eventually.) 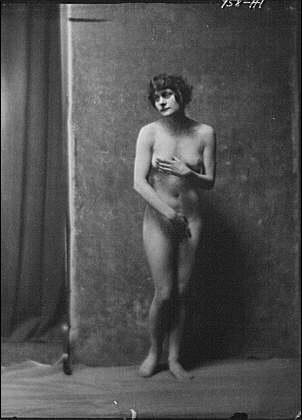 Duncan was unashamed of her sexuality and believed that it was healthy to operate with both mind and body unencumbered, a philosophy she passed on to her young students.  This brazenly sensual style, especially when it involved young girls, was likely destined to bring about a conflict with authorities at some point, and so it did.  Helen Bailey’s article at the (now defunct) Gymnosophy website recounts just such a run-in:

“In 1904, Isadora Duncan startled the world with her innovations in the Dance. She opened a school, and there taught her doctrines of absolute freedom of mind and body. The dance audience of her time reacted in no uncertain manner. She was greeted with an extreme rebuff.

“However, after some training, the children of her school performed. As the curtain rose, the police stormed the doors of the auditorium, and attempted to stop the performance on the grounds that the costumes were indecent. They maintained that they displayed, too brazenly, the contours of the children’s growing shapely bodies. It was only because of the vigorous intervention of friends and followers, that the police finally withdrew, and permitted the performance to go on.

“Had it not been for the aid of these friends, motivated by their firm belief in her sincerity of purpose, and fine aesthetic sense, this very beautiful thought, which she later used in the development of the Dance Art, would have been stifled, and no doubt remained dormant for many years.

“Saved from the withering hand of police censorship, Isadora Duncan’s idea was transferred to thousands of children, and attracted a wide audience, who came to believe in it as earnestly as she.”

What strikes me most about this description is how closely it mirrors the modern debate over the sexualization of children.  And yet Duncan’s form of dance eventually went mainstream and attracted thousands of students, children and adults alike.  Which goes to show that this debate is neither a new thing nor that society will crumble if it adopts such openness with kids.  What is new, however, is the degree of success the campaign to repress the sensual and corporeal spirit of youth (and by extension the Sexual Revolution, which really started with youths after all) has had over the last thirty years. 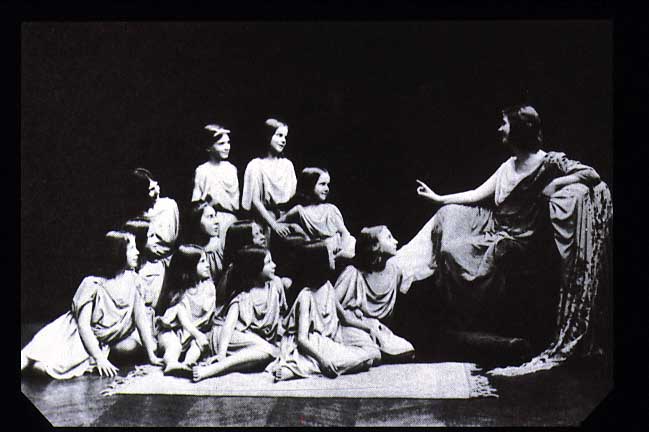 Photographer Unknown – Duncan with her students at Le Theatre (1909)

And here’s a larger view of the same image–note the pose of the girl in front, on the floor: 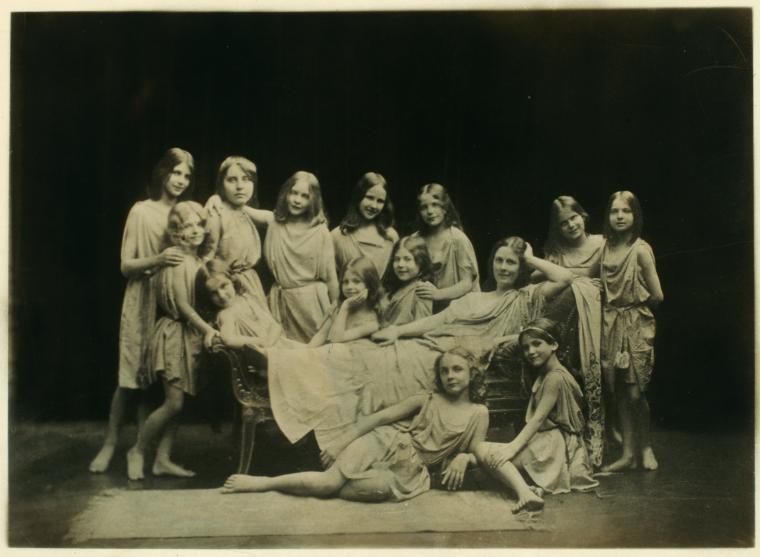 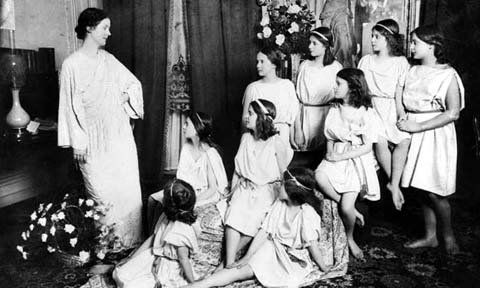 Duncan even had a school in Moscow, Russia, though it was mostly taught by Duncan’s former student Irma Erich-Grimme (or Irma Duncan as she was known—Irma, one of the six original Isadorables—took on Duncan’s surname as part of their professional career, as did all of the Isadorables.) 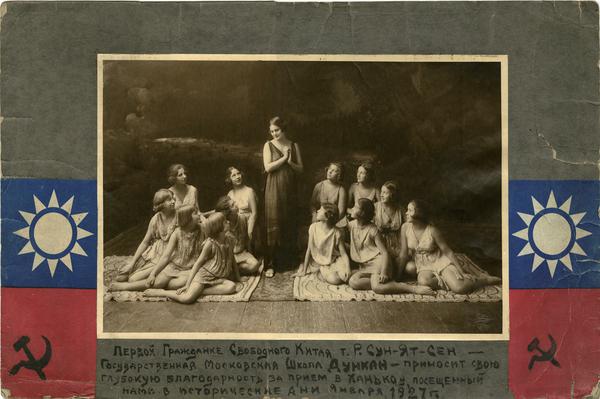 The Isadorables were of the Grunewald school, the most successful of Duncan’s three Old World schools. Duncan, coming from a poor background, had a soft spot for girls in a similar predicament and thus her school took in primarily destitute girls. They lived at the school for part of the year and the curriculum included more than just dance. The girls started young. Erica Lohmann, for example, the youngest of the six Isadorables, was only four when she started at Grunewald. 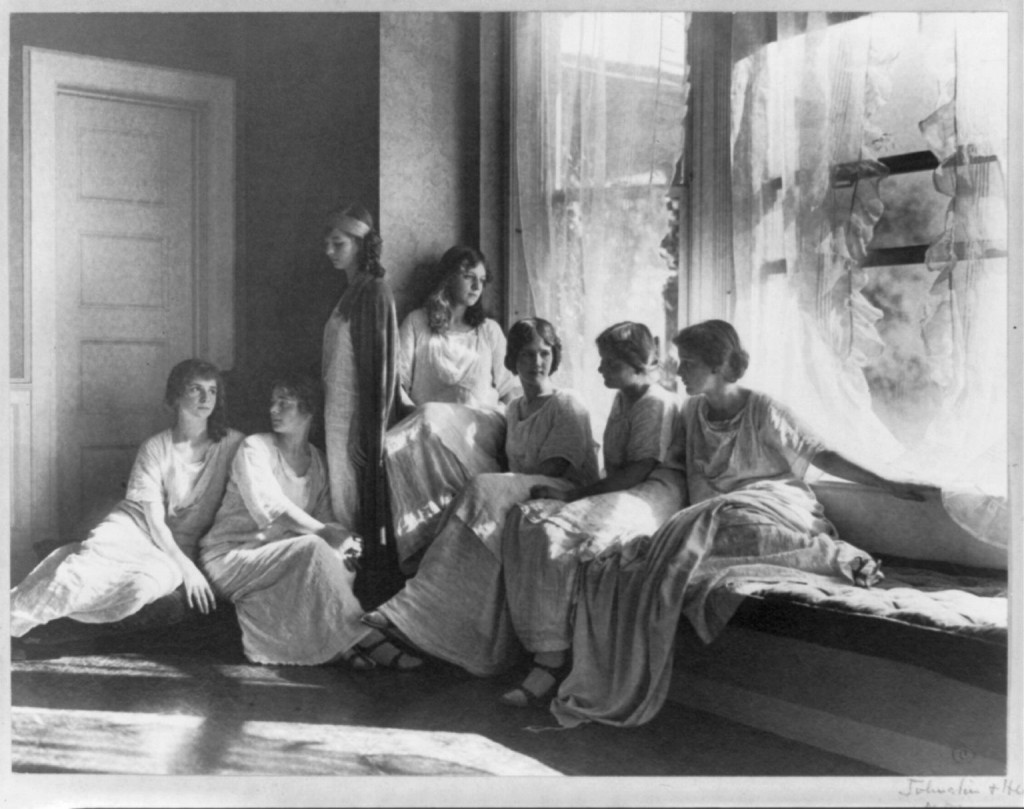 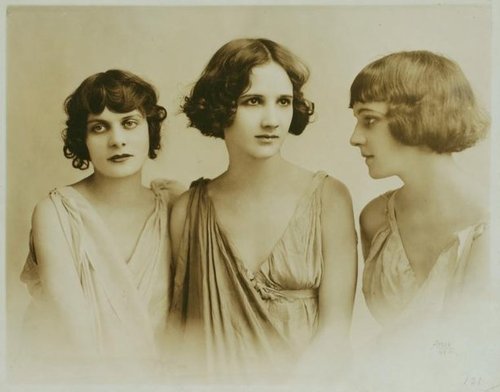 Duncan bore three children, a daughter, Deirdre, and two sons, Patrick and an unnamed boy who died soon after being born, all from different fathers. Among the great tragedies of Duncan’s life was the deaths of her two oldest children, who both perished when the automobile they were sitting in rolled into the Seine and drowned them. They were 7 and 3 respectively when they died. The children had been raised with the same Bohemian openness with which Duncan treated her dance students. These photos were taken not long before the horrific accident: 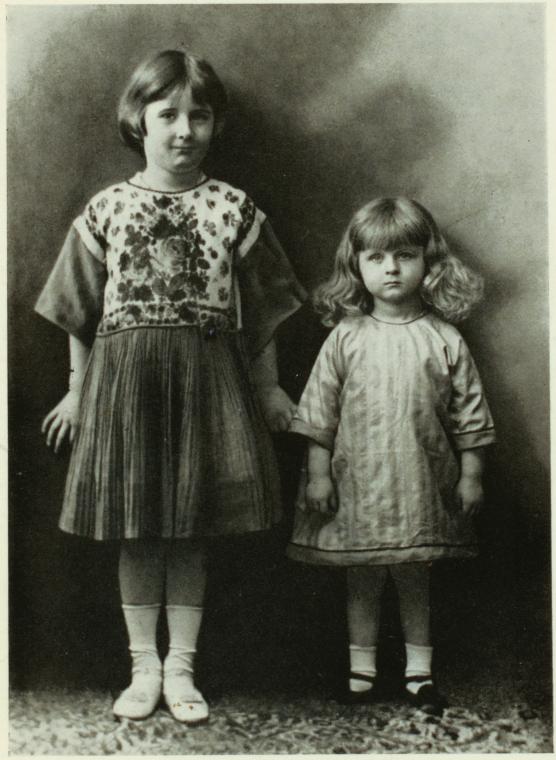 Ironically, Duncan would herself eventually expire in an automobile accident when her scarf caught up in the spokes of the car’s wheel and slung her out to the pavement.  She went out as she had lived her life: in a very dramatic way.

Duncan’s legacy has endured to this day, and there are still schools dedicated to teaching her highly organic mode of dance.  These include the Isadora Duncan International Institute and the Isadora Duncan Dance Foundation, both in New York.

Finally, I will leave you with a beautiful video clip that may perhaps feature the largest number of young girls you will ever see in a single work of art, making it more than apropos for my blog. This is from Ken Russell’s 1966 made-for-BBC film, Isadora, the Biggest Dancer in the World: here is Isadora Duncan (played by Vivian Pickles) running joyously through a field with hundreds of children to the opening strains of Beethoven’s ‘Ode to Joy.’ There’s something quite heavenly about this scene, and that, ladies and gents, is as sweet and beautiful as life gets.