One of the strangest representatives of symbolism was Odilon Redon (1840–1916), a French painter, print-maker, draughtsman and pastellist. He cultivated a form of esoterism, seeing his works as a kind of window opening on a hidden spiritual world.

During the first half of his career he worked almost exclusively in charcoal and lithography, producing what he called his Noirs, dark images showing nightmarish apparitions, like huge eyes floating in the sky or big human-faced spiders. After the birth of his first son Ari in 1889, he felt a kind of snap, and progressively from 1890 to 1900 his work evolved towards bright colours. Also the sale of the family domain of Peyrelebade in 1897 represented a break with the past. His later works showed a profusion of colours forming arabesques, cloud-like structures or imaginary flowers.

I show here 5 portraits of girls by Redon. I start with the daughter of one of his most famous clients, Robert de Domecy, who commissioned Redon in 1899 to create 17 decorative panels for the dining room of the Château de Domecy-sur-le-Vault. This drawing used mostly charcoal. I have found two different renderings of the colours, first on The Athenaeum, then on WikiArt: 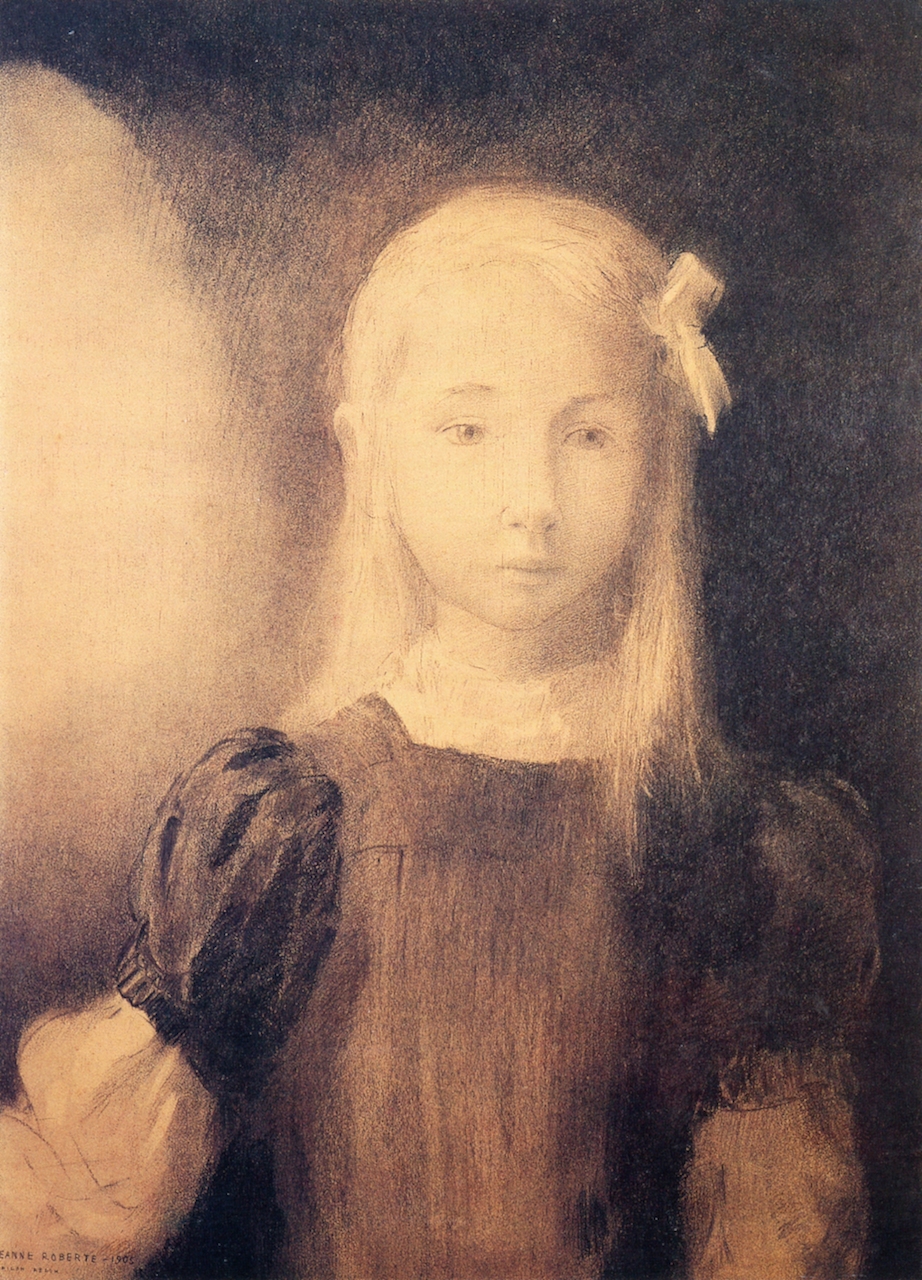 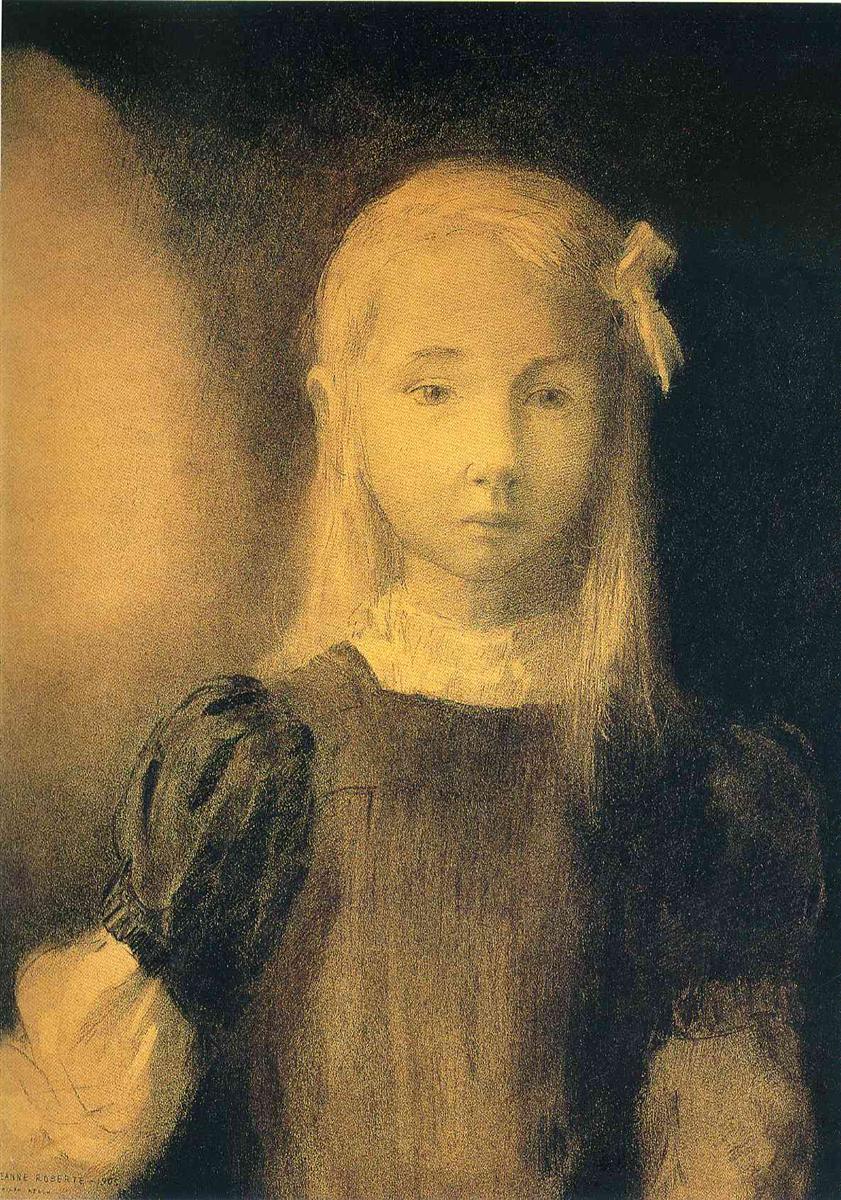 The next four portraits were made with pastel. Here is an anonymous little girl (the image comes from The Athenaeum): 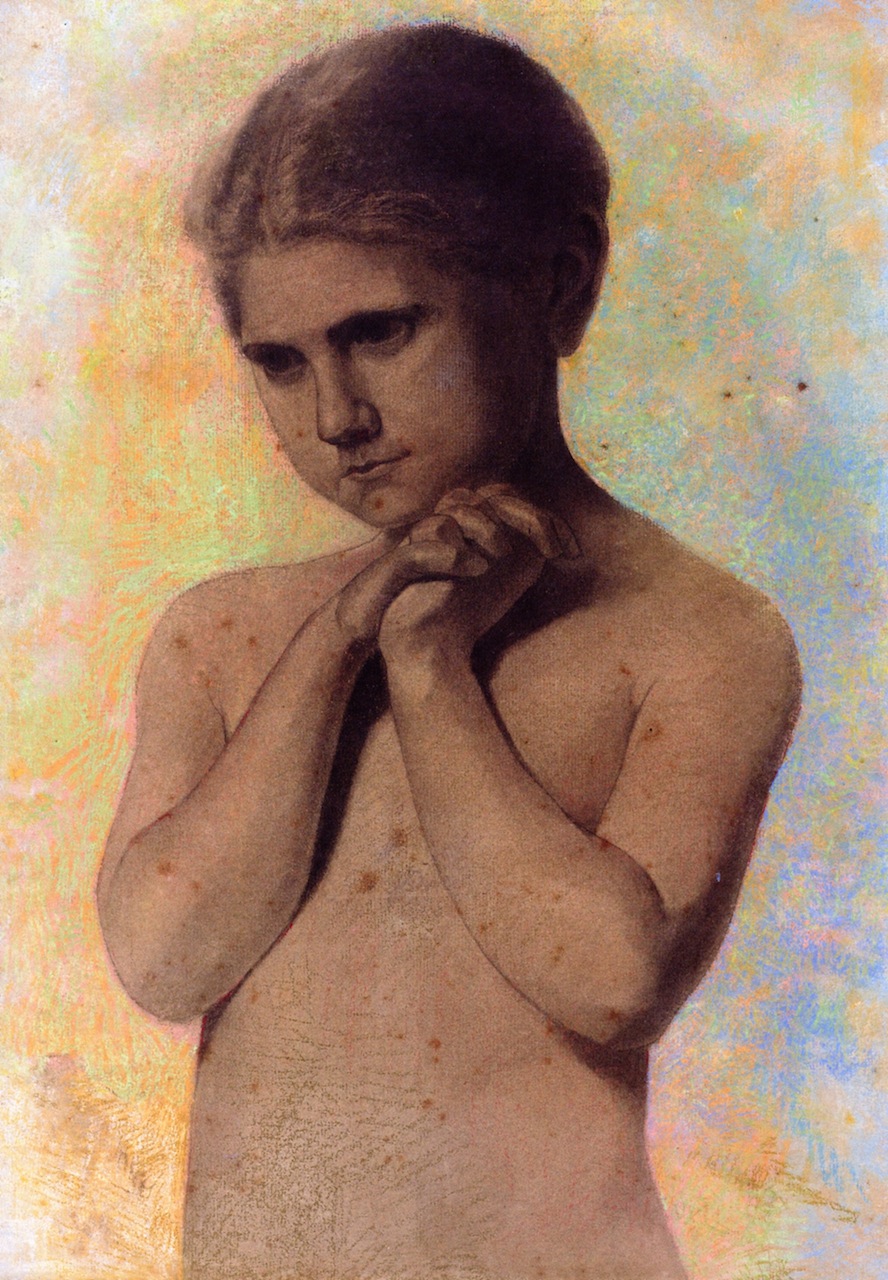 The last three portraits (images taken from WikiArt) are named. For this one, I have not found the relation between Redon and the sitter: 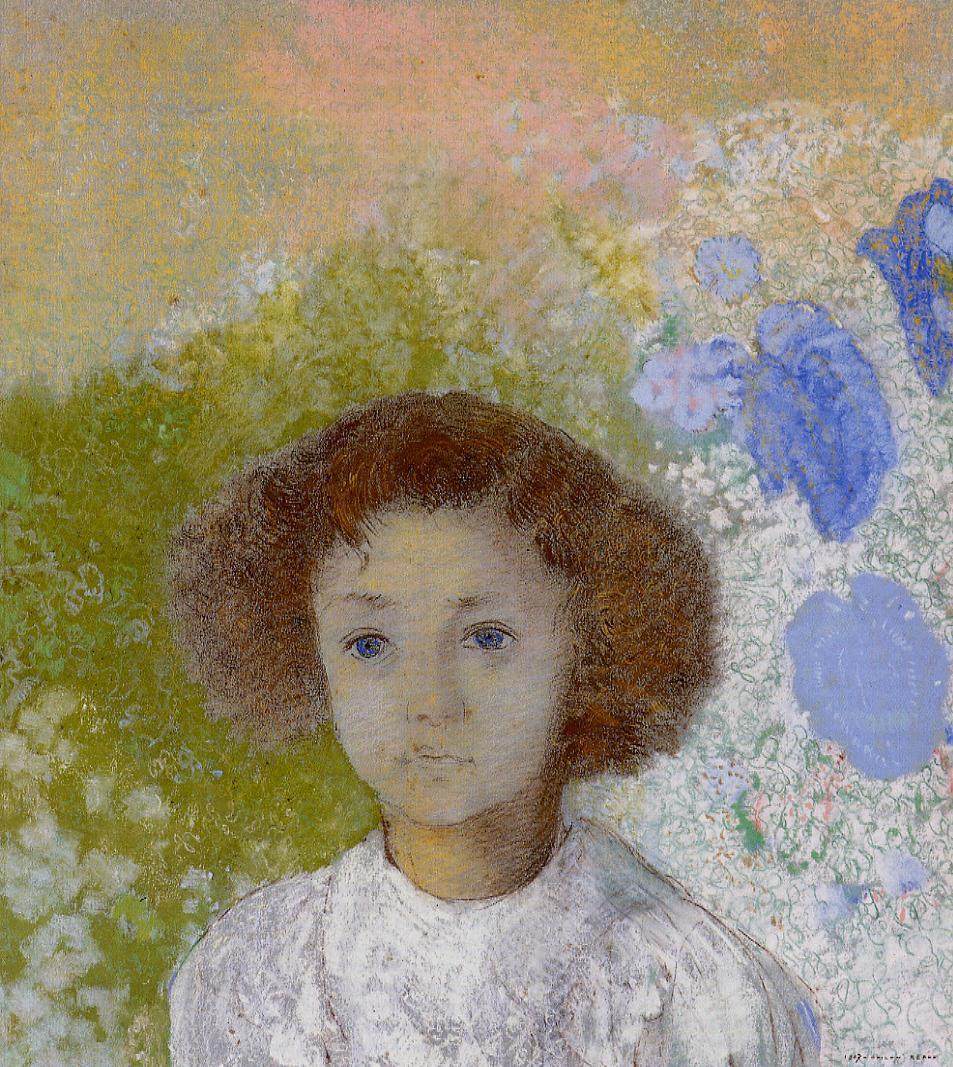 Odilon Redon – Portrait of Geneviève de Gonet as a Child (1907) 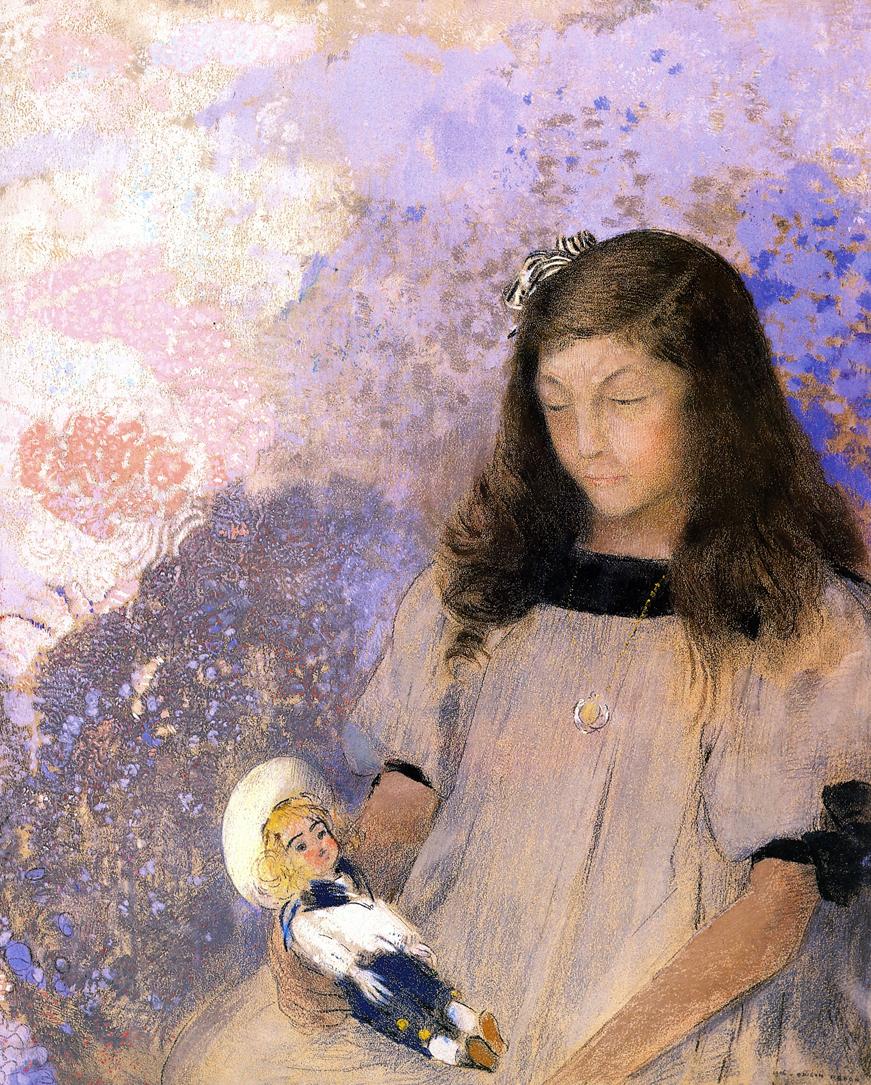 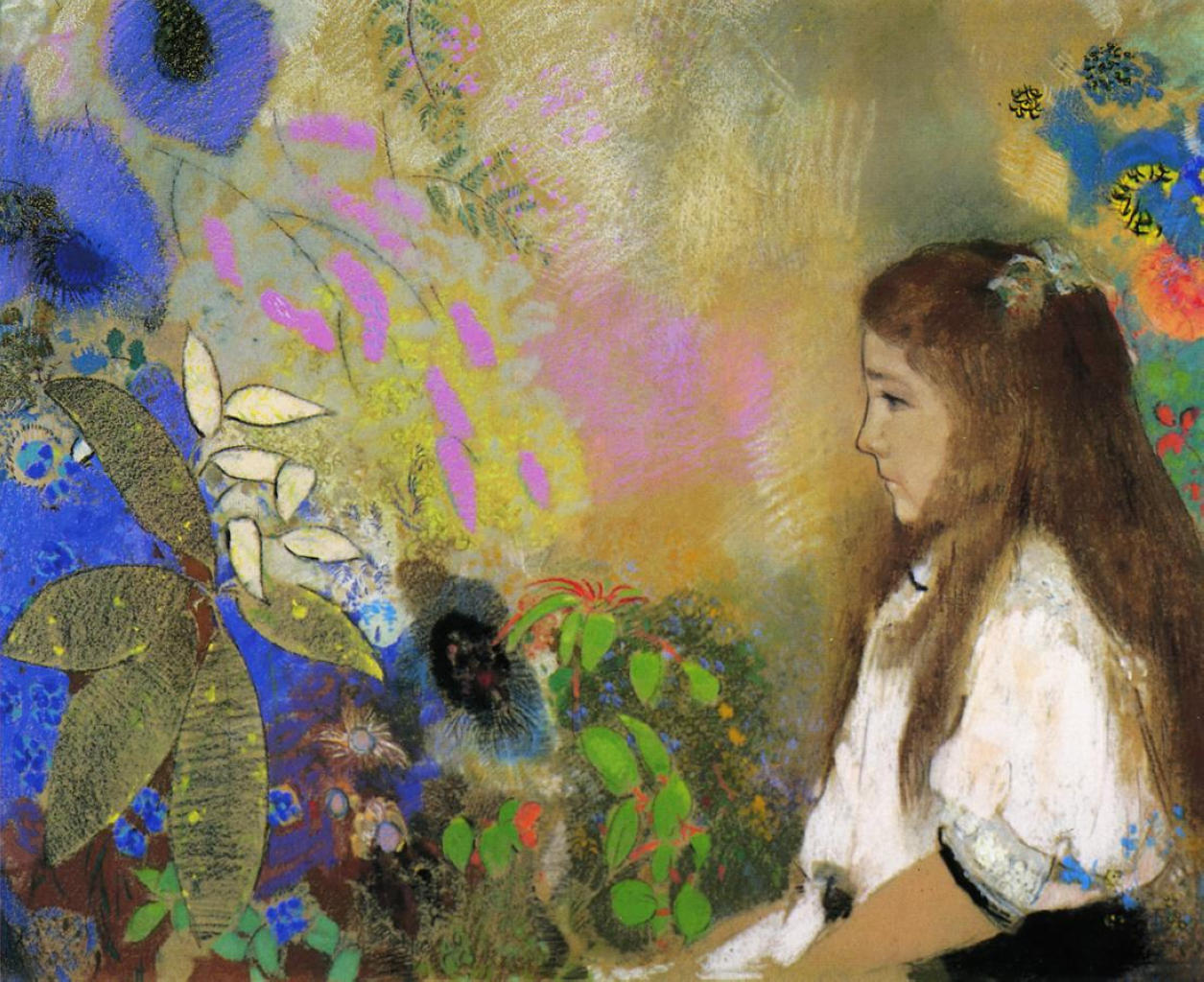 This last portrait exemplifies the profusion of colours in Redon’s later works, with the sitter appearing surrounded by an imaginary vegetation, while the iridescent sky shows spots and streaks of various hues. 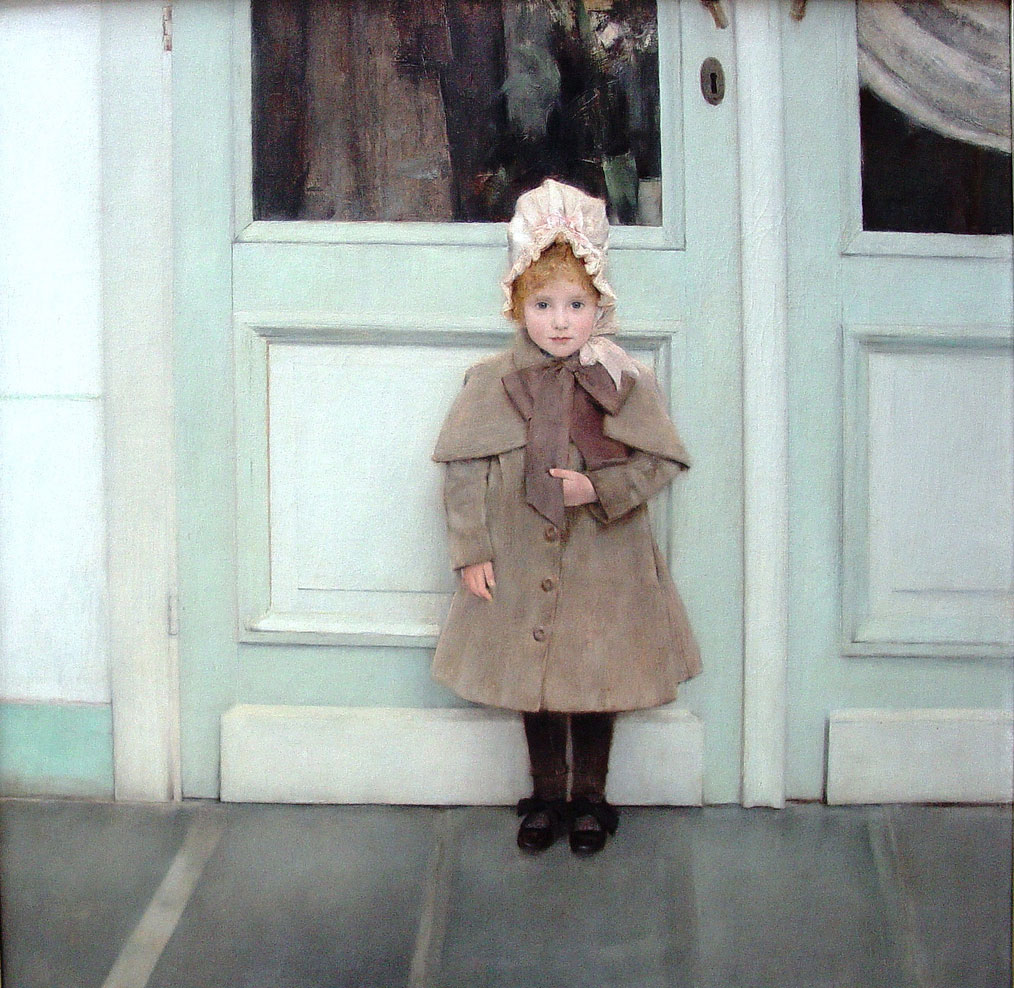 Fernand Khnopff – Portrait of the Children of Monsieur Neve 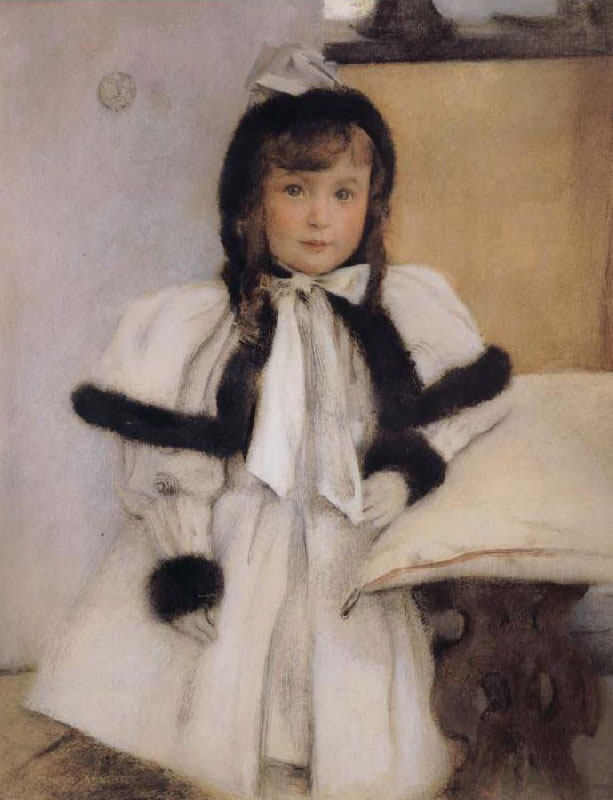 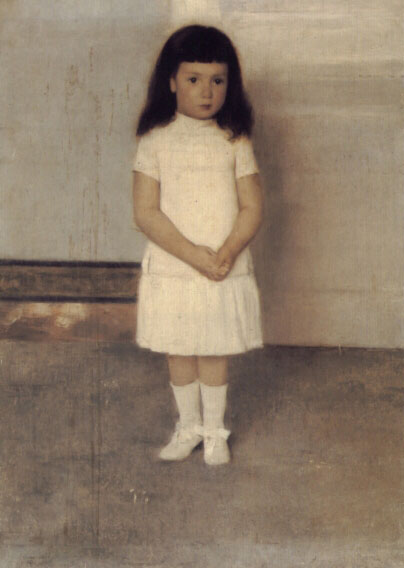 Fernand Khnopff – A Portrait of a Standing Girl in White (1884) 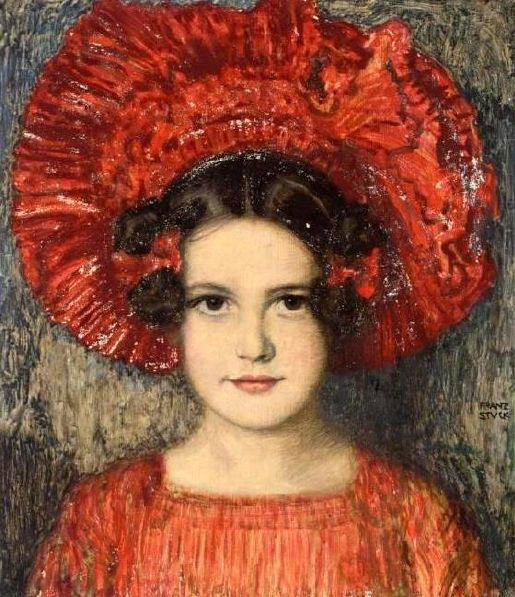 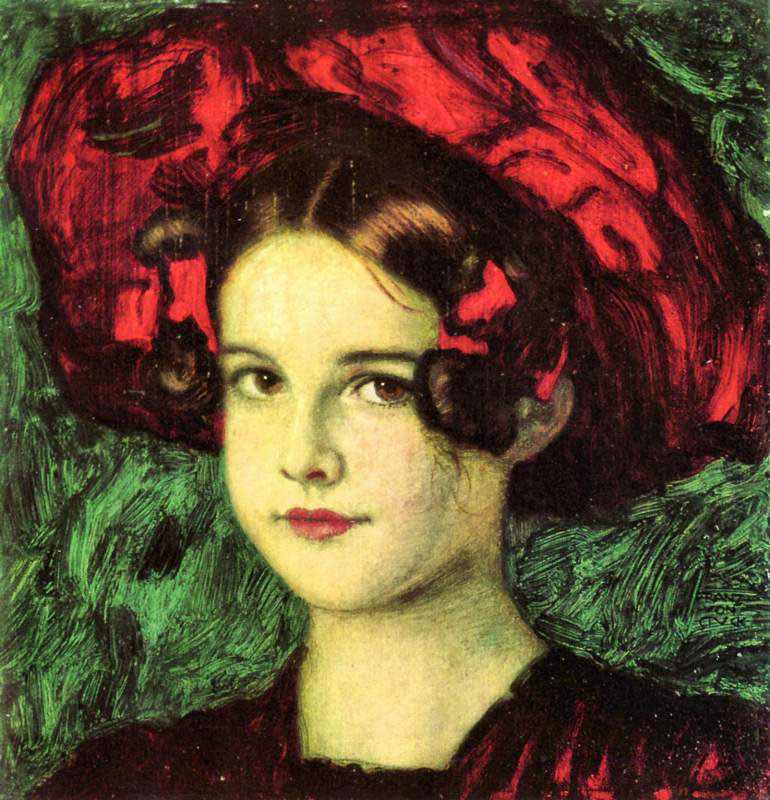 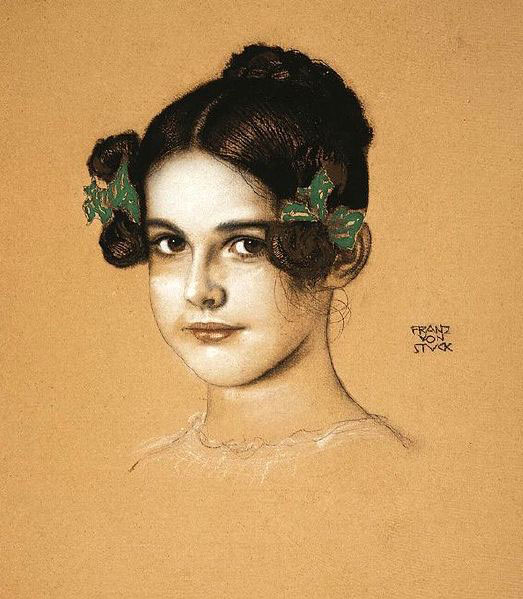 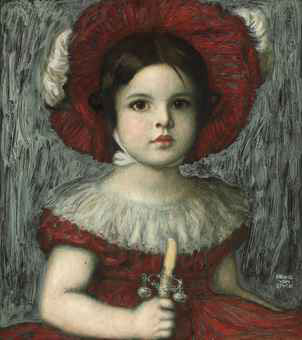 Franz von Stuck – The Artist’s Daughter in a Red Hat 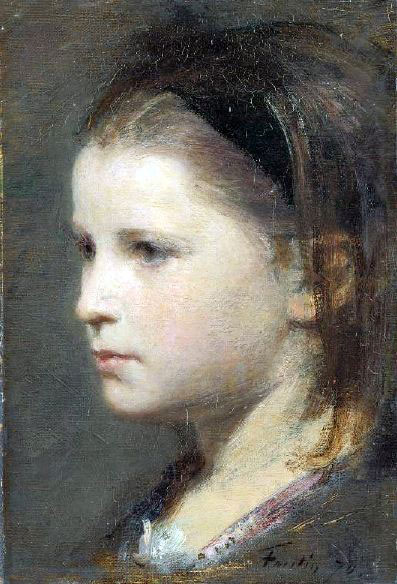 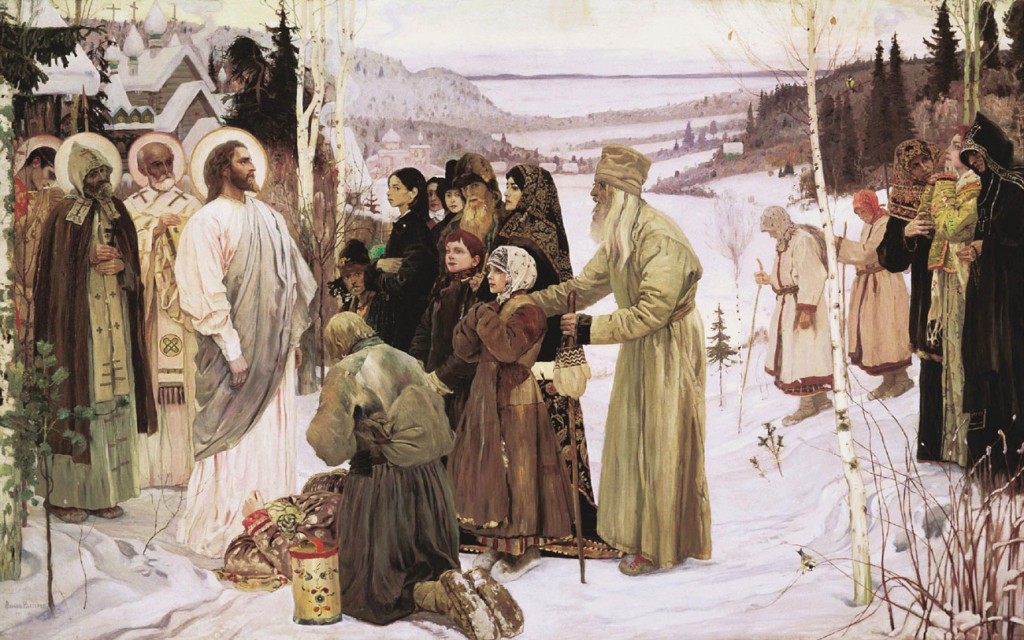 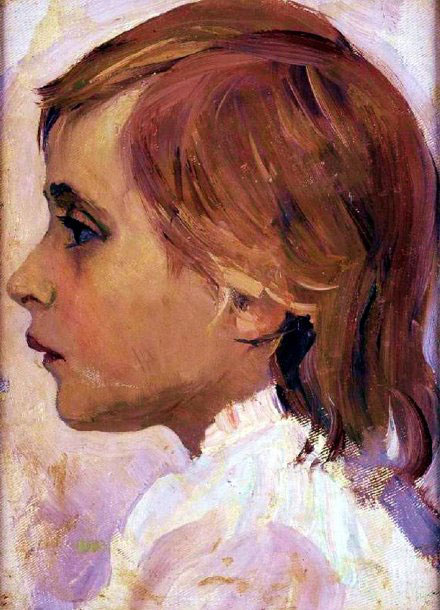 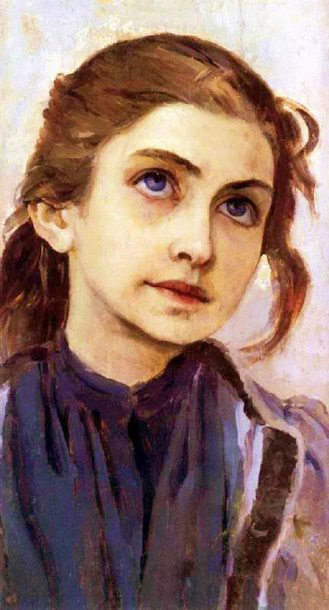 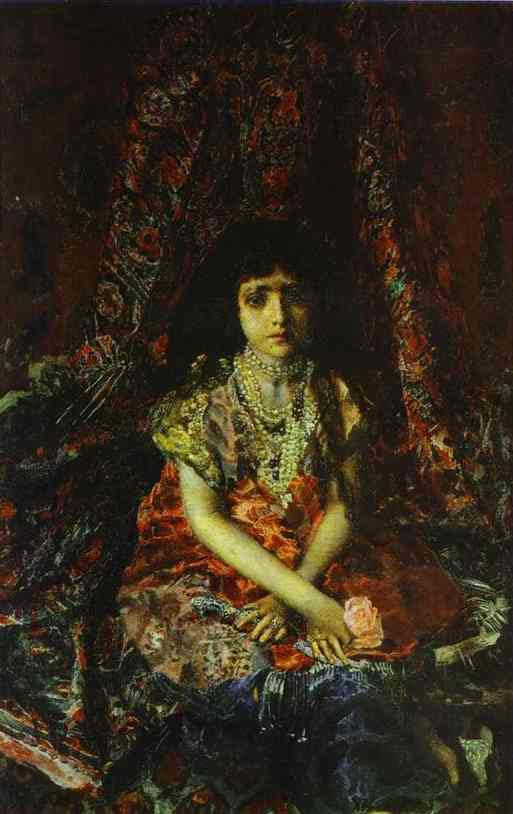 Mikhail Vrubel – Portrait of a Girl Against a Persian Carpet (1886) 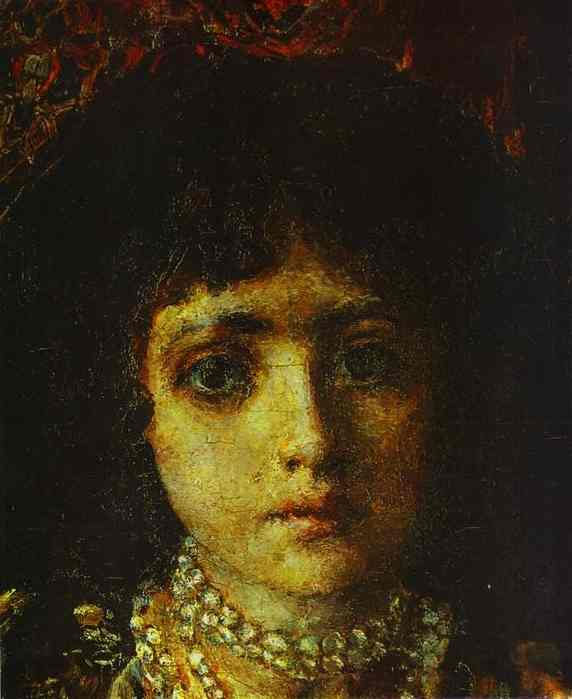 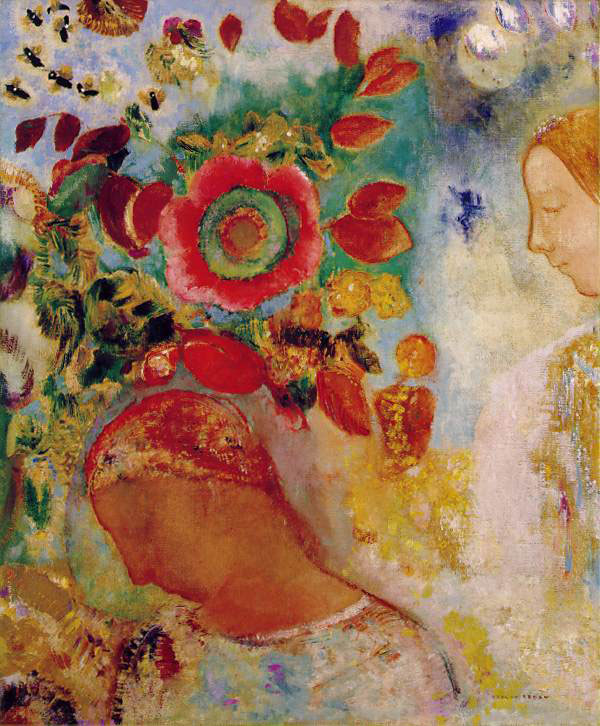 I know this last one actually features a young boy rather than a girl, but it’s such a fantastic painting that I had to put it in here anyway.  I love that dragonfly! 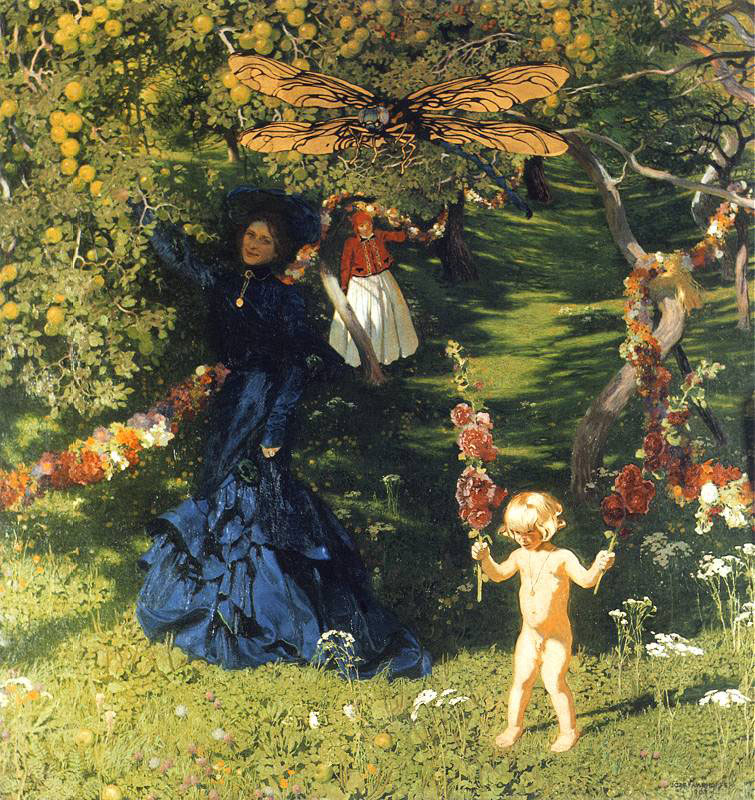