Dod Procter (1890-1972) was born Doris Margaret Shaw and at age 15, she moved with her mother and brother to Newlyn in Cornwall, UK to study at the Forbes School. There, she met her future husband Ernest Procter and the pair were considered among the school’s star pupils. In 1910 and 1911, they went to Paris together to study at Atelier Colarossi and were influenced by the Impressionists, Post-impressionists and the artists they met there—most notably Renoir and Cézanne. In 1912, they got married and had a son a year later. They worked together many times, sharing commissions or showing their work together at exhibitions. Procter remained a lifelong artist even after the untimely death of Ernest in 1935. She traveled subsequently to the United States, Canada, Jamaica and Africa.

Starting around 1922, Proctor painted a series of simplified, monumental images of young women with whom she was acquainted. When her painting, Morning, was displayed at the 1927 Royal Academy Summer Exhibition, it was voted Picture of the Year and bought by the Daily Mail for the Tate gallery, where it now hangs.  Both the public and critics responded to its style claiming it evoked the west Cornish “silver light”. The model for the work was a Newlyn fisherman’s 16-year-old daughter, Cissie Barnes. The painting made her a household name of the day.

The subjects of her pictures were largely portraits and flowers. During her travels to Jamaica in the 1950s, she painted several works of children. The style and subject matter of Dod Procter’s later works changed considerably and included landscapes, paintings of children and still-lifes. 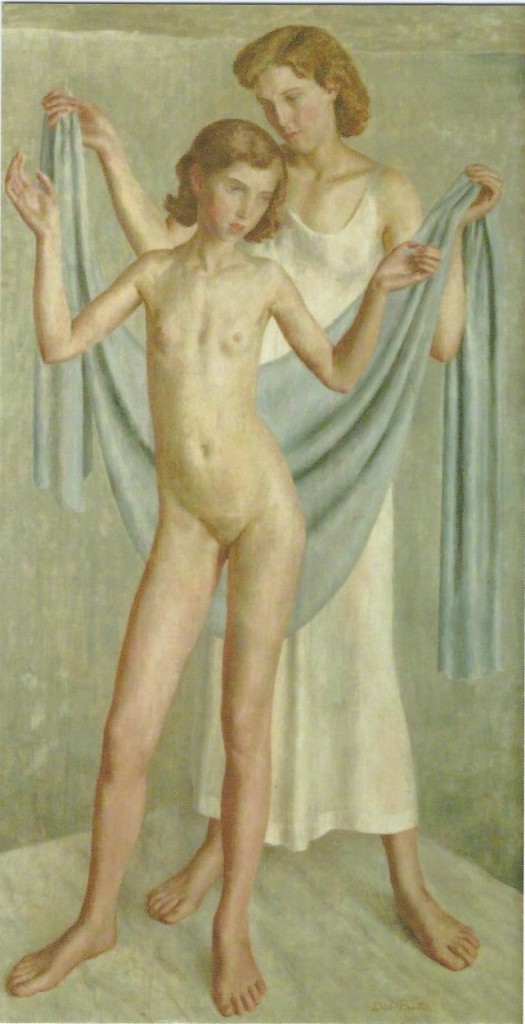 She died at age 80 and was buried next to her husband at St. Hilary Church in Cornwall. A book featuring her work, A Singular Vision: Dod Procter by Alison James, was published by Sansom & Co. in 2007.