Allan O’Marra grew up in Bancroft, Ontario, and his art often features the natural beauty of central Ontario. He is an artist, an art teacher, and a psychotherapist. As a painter, his work includes both realistic and abstract images. O’Marra paints portraits, figures, landscapes, and still-life. According to the artist, he is “Aiming always to reflect the wonder of existence in all its beauty and complexities.”

O’Marra began exhibiting his paintings in 1971. The first of ten paintings included in this article is Sweet Thing (1979). It is a relatively early work, but O’Marra has already mastered the realistic style. The lake in the background is typical of O’Marra, he often paints aquatic scenes. 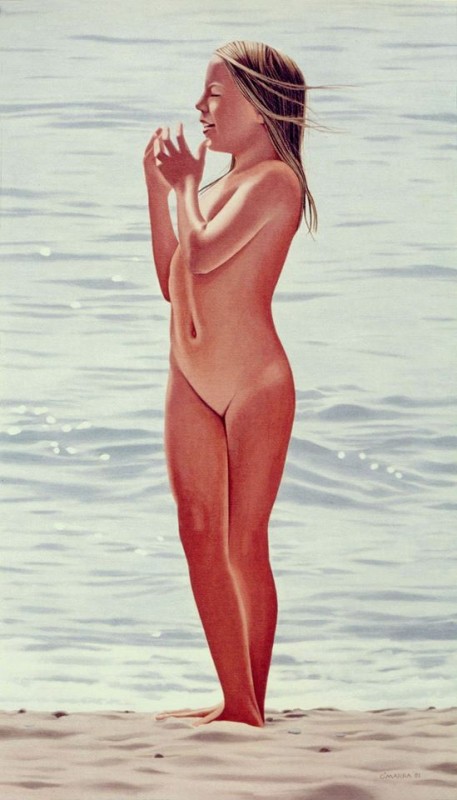 Aphrodite’s Child (1981) is another figure of a girl at a lake; this one a nude. Most of his figures are clothed, but a few are nude. 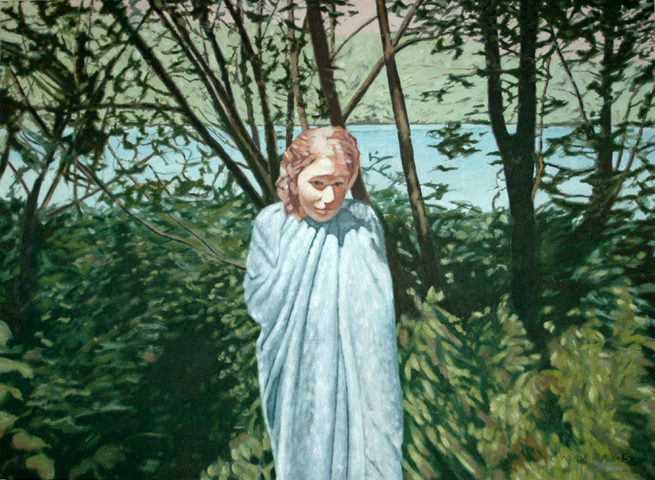 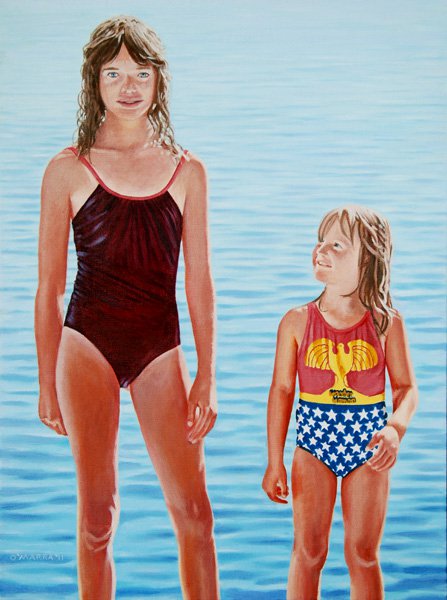 The next two paintings are After the Swim and We All Need Our Heroes. I have not been able to determine who the models are for these paintings. They have the feeling of O’Marra’s paintings of his own family.

Naturists in a Grotto shows a group of seven naturists, including both males and females, young and mature. O’Marra wrote, “This painting is from a series that I am working on that celebrates my fascination with the idea of family naturism—working from reference images found on naturist websites across the globe.” By using reference images from naturist web sites rather than his relatives or other live models, he had access to plenty of images of people of both sexes and all ages. In Naturists in a Grotto, six of the seven figures are female, and three are adolescent girls. Were young girls given prominence because, in O’Marra’s artistic judgement, they are most aesthetically pleasing? 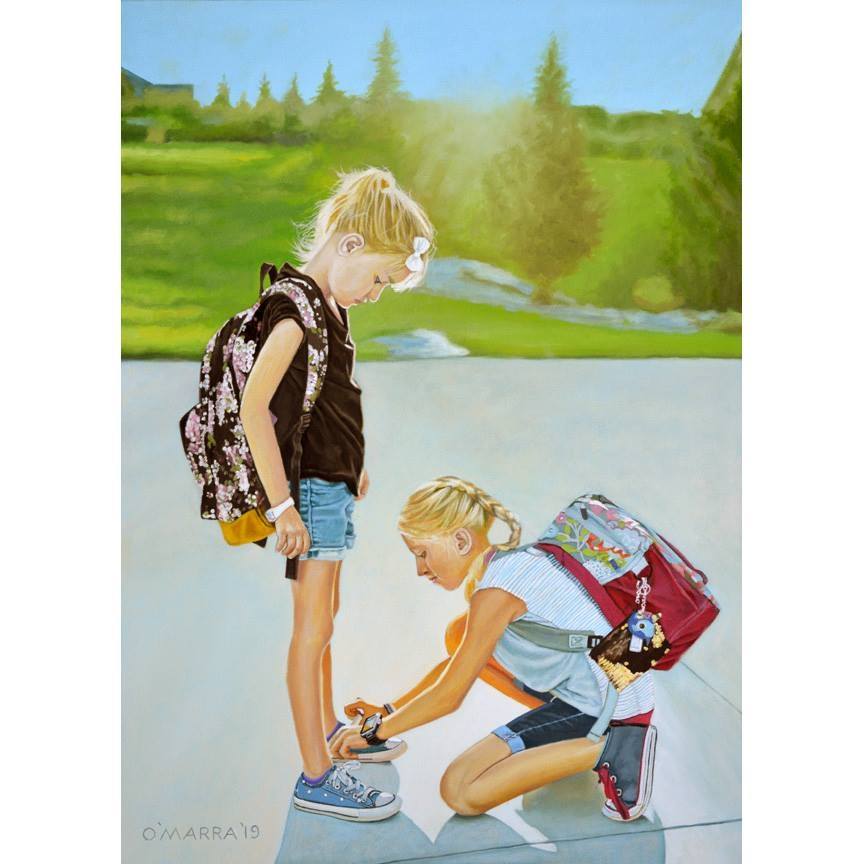 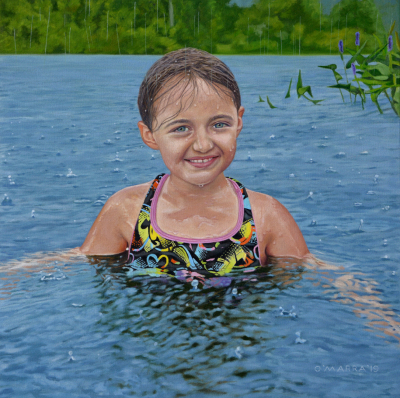 I find Sisters appealing for the sisterly affection evident in the two girls. Ashlyn—Swimming in the Rain was inspired by the time the artist took his great niece swimming, and it started to rain. 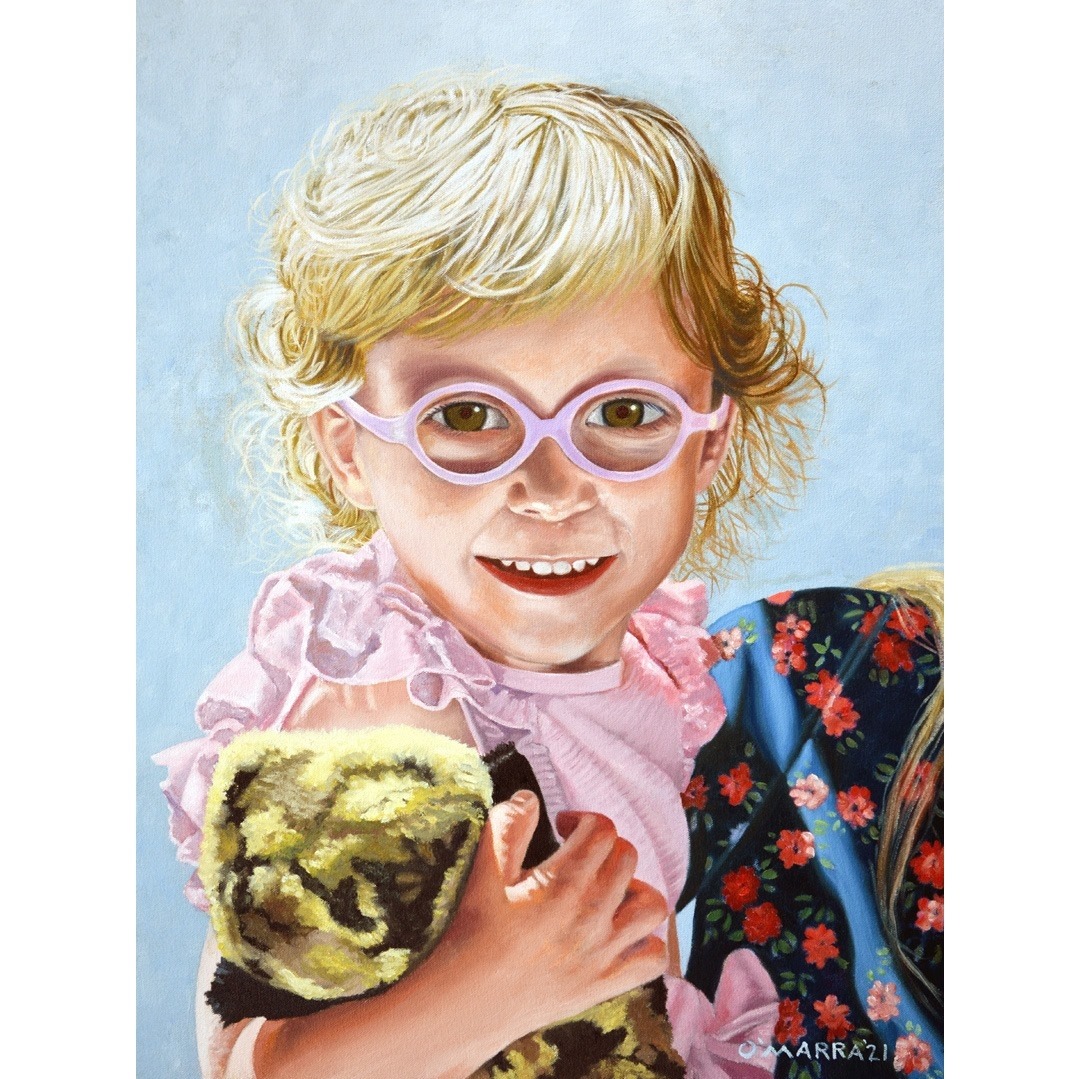 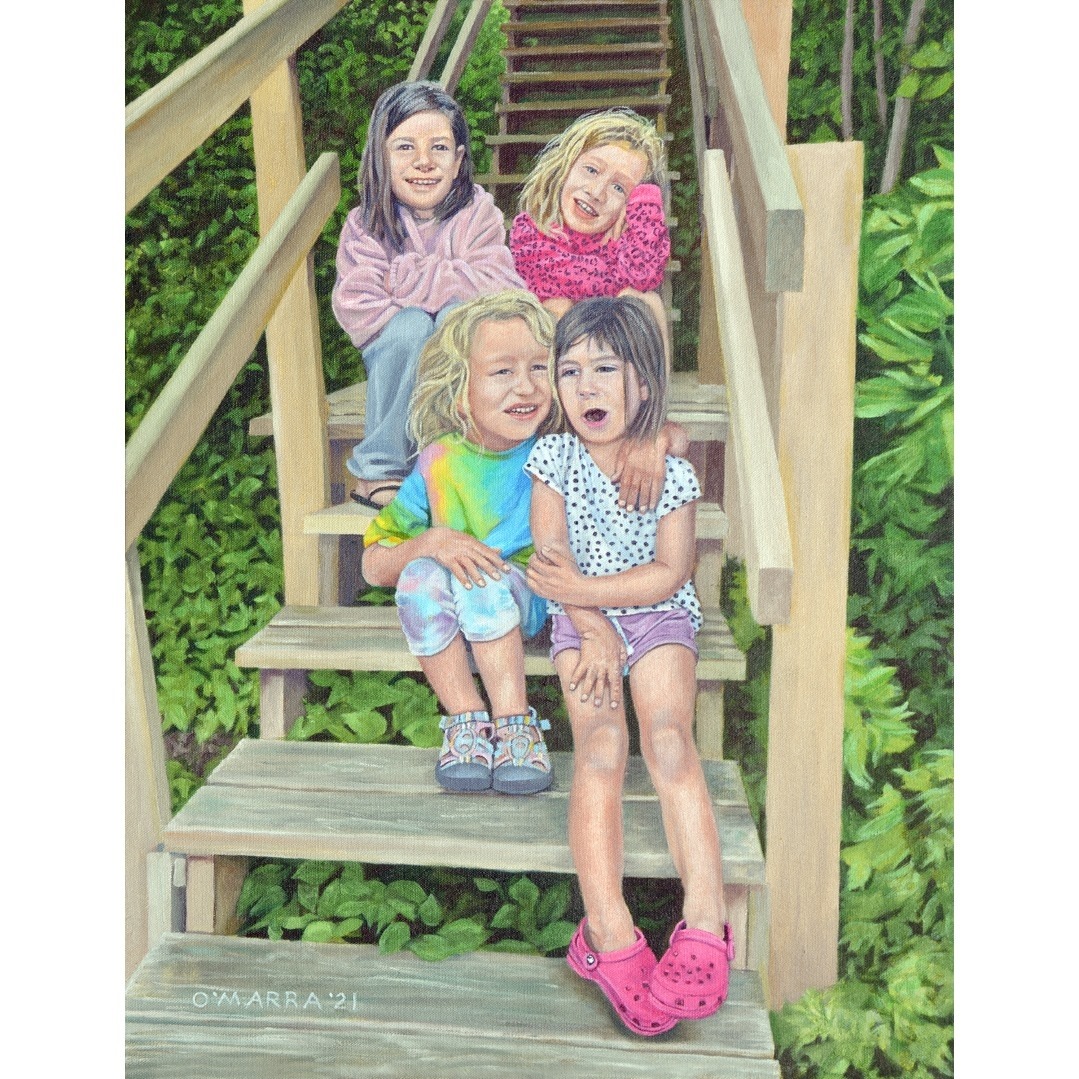 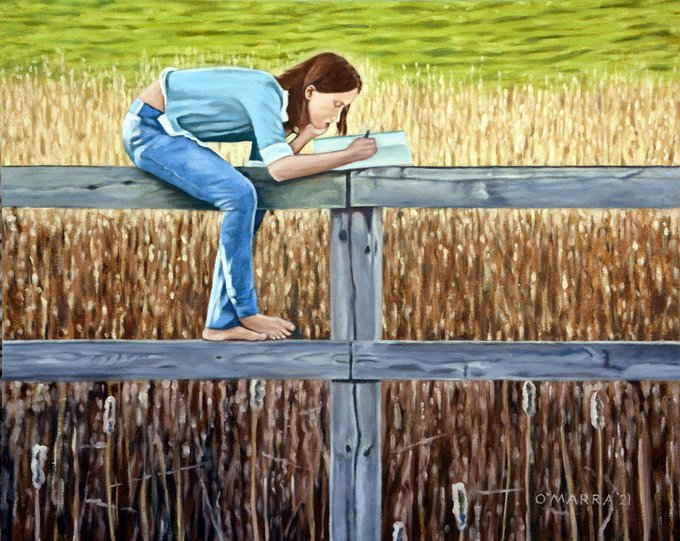 The last three paintings are some of O’Marra’s more recent work, and feature his family members. Allan O’Marra’s web page is here.