Can’t neglect this. It’s an incredibly powerful and provocative image. This is the cover design for the single release of Pearl Jam’s Jeremy (the image is only tangentially related to the song, in that both feature guns), and it was made by Lance Mercer, who has worked quite a lot with Pearl Jam. I read somewhere that the young model’s name is Jessica but cannot confirm it. The song itself comes from the album Ten, which I certainly had. I bought all of Pear Jam’s albums up until No Code, after which I thought they started getting a little repetitive. I still like the band, even much of their later stuff, but not enough to buy the albums.

Jeremy is a great song, but not my favorite on the album; that would be Black.

I know someday you’ll have a beautiful life,
I know you’ll be a star in somebody else’s sky
But why, why, why can’t it be mine?

The anguish in those lines is palpable, and Vedder drew on an interesting source lyrically:

Hold thy lighted lamp on high,
Be a star in some one’s sky — Henry Burton, Pass It On

Anyway, here’s the cover design for the single. It’s somewhat badly cropped but it was the highest quality version I could find. 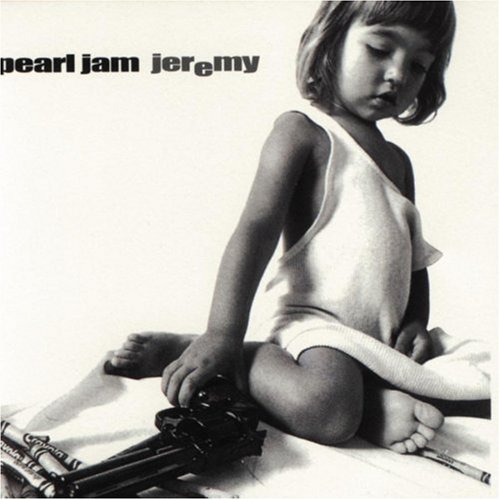