Lorne McKean was born in 1939 and began working in art at age 10 as a model and student of Prince Serge Yourievitch. At age 20 she had two of her sculptures accepted by the Royal Academy. She became Fellow of the Royal Society of British Sculptors in 1972. She has had five Royal commissions, and has sculpted portraits of both Her Majesty and Prince Philip. In 2012 she was chosen as one of ten outstanding UK artists to commemorate the 2012 London Olympic Games by the BT Art of Sport initiative. McKean is very popular with the lay public as well as the art world; many of her works appear in public places. She is married to sculptor Edwin Russell and has two daughters. 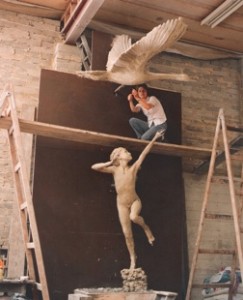 Anonymous – Lorne McKean Working on The Girl and the Swan (c1984)

McKean has created many sculptures of people and animals, especially horses. Three of her statues that feature young girls are included in this article. These statues speak for themselves; their artistic merit would be apparent even if the reader did not know of McKean’s many honors. Although the articles in Pigtails are generally very brief and focus on young girls to the exclusion of other things, I thought it would be good for the reader to know a few things about Lorne McKean both for general background and for what it says about young girls in art.

Lorne McKean was a young girl herself, and a child model. She is the mother of girls. She is highly respected by the art community and the public, and has been commissioned multiple times by the Queen, who was also once a young girl, and is the mother of a girl. Since McKean is highly respectable, and has sculpted nude girls, it would seem that there is nothing inherently unrespectable about an artist who creates work involving nude girls. Of course some artists may be involved in reprehensible conduct, but we shouldn’t assume it is typical of all artists. If the Queen approves commissions for an artist whose work includes nude girls, why should lesser ranking individuals in Her Majesty’s government object to Pigtails in Paint, Agapeta, or Graham Ovenden?

The first McKean sculpture in this article is Girl and Swan, on public display on the side of a building on King’s Road, Reading, UK. A girl tries to touch a swan flying overhead. 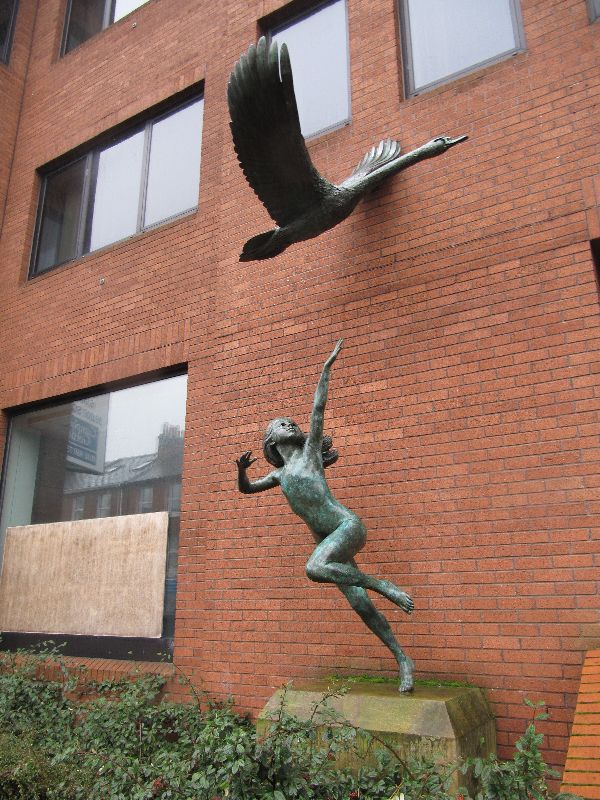 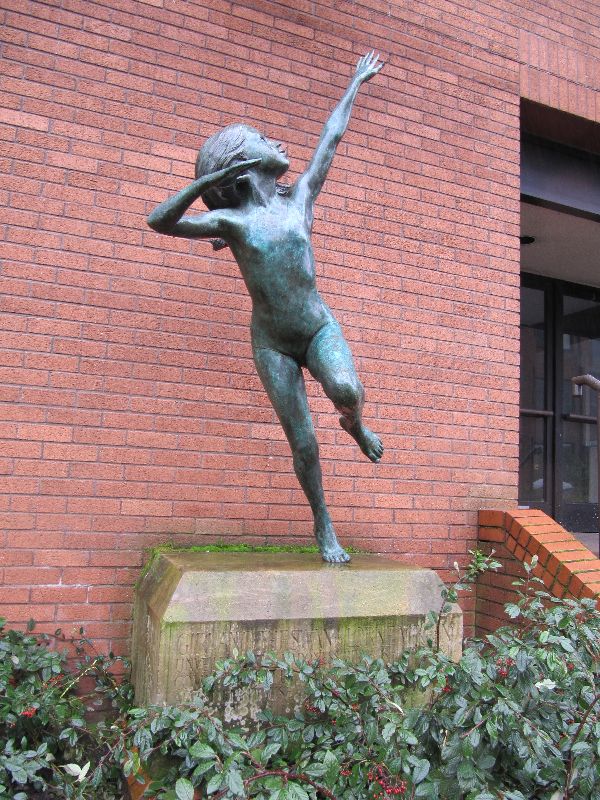 Seated Child, the Artist’s Daughter is a bronze of one of McKean’s two daughters. I could not find out which one. At least one daughter was following in her mother’s footsteps as a child model. 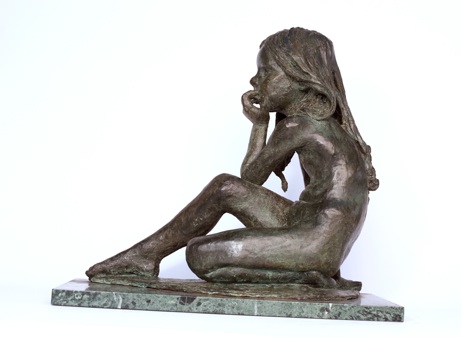 Girl With Shell is a fountain at the Willoughby House, Richmond, UK. 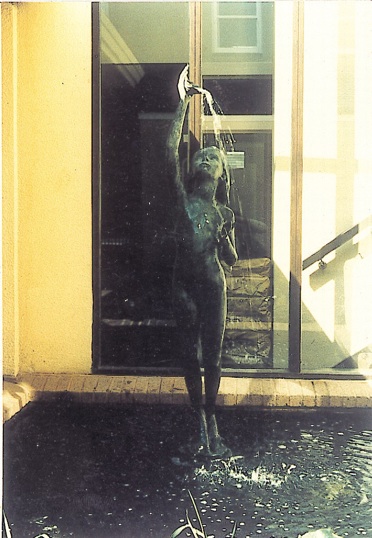