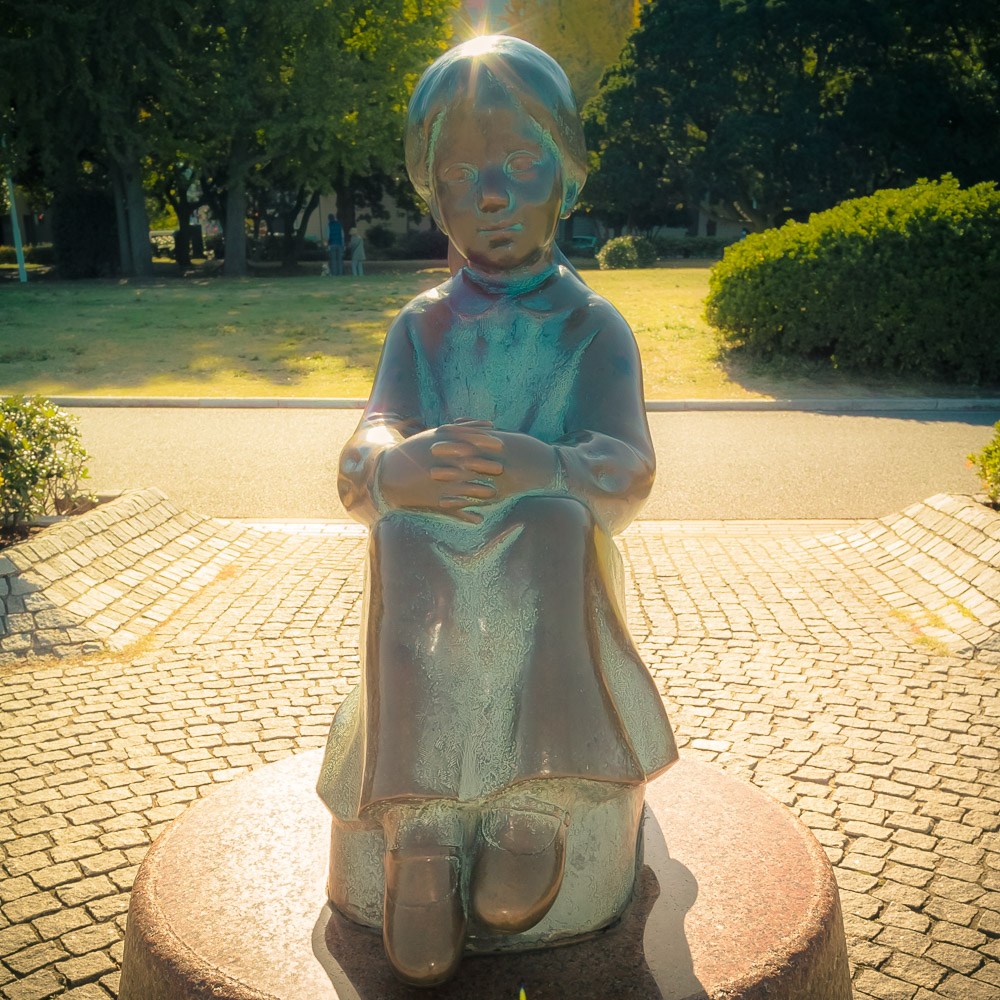 One of the most famous songs in Japan is the nursery rhyme Akai Kutsu (‘Red Shoes’), written in 1921 by the poet Ujō Noguchi, with the music composed in 1922 by Nagayo Motōri. Here is its translation in English:

A young girl with red shoes
was taken away by a foreigner.

I imagine right now she has become blue-eyed
living in that foreigner’s land.

In the following video from YouTube, one can listen to the song sung by little girls:

There are several other versions, for instance this one sung by an adult woman. There are also variants for the text.

Most people agree that the song is based on the true story of a little girl, Kimi Iwasaki, who died at age 9.

Kimi was born on July 15, 1902, from a single mother, Kayo Iwasaki, in a village at the foothills of the old Shizuoka prefecture. Later they moved to Hokkaido and Kayo married Shiro Suzuki. When Kimi was 3, her parents lived in hardship in a socialist collective farm; then through Kayo’s father-in-law Sano Yasuyoshi, they entrusted the girl to two American missionaries, Charles Hewitt and his wife. The pair intended to return to America with the little girl, but Kimi contracted tuberculosis, which was incurable at that time. Fearing that she would not survive the long ocean voyage, they left her in the care of the orphanage at Toriikazu Church in the Azabu-Jūban section of Tokyo. Unable to meet her mother again, Kimi died at the orphanage on September 15, 1911. During her entire life, Kayo believed that Kimi had gone to America with the Hewitts, not knowing that she had in fact died of tuberculosis at an orphanage in Tokyo.

After the failure of their socialist farming experience, Kayo and Shiro moved to Sapporo, where Shiro found a job in a small newspaper publishing company. One of Shiro’s colleagues was the famous socialist poet Ujō Noguchi, and they told him how Kimi had been taken to America by missionaries (they were unaware that the girl never left Japan). So Noguchi wrote the song.

In 1973 Shiro and Kayo’s third daughter wrote to a newspaper stating that “My sister is the girl from Akai Kutsu”. Then Hiroshi Kikuchi, a reporter for Hokkaido Television Broadcasting, started an investigation of 5 years, which revealed the true story of Kimi; in 1978 a documentary entitled Document: The Girl in the Red Shoes aired on HKB. After that Kikuchi released a non-fiction book titled The Girl in The Red Shoes.

This narrative has been contested by the author Shousuke Ai. He claims that the Hewitts never had any contact with Kimi, that their adoption of the little girl was a lie told by Kayo’s father-in-law Sano Yasuyoshi in order to comfort her; in reality, Sano gave the child directly to the orphanage in Tokyo. Moreover, he thinks that Kayo and Shiro were not really close to Noguchi, who just related to Shiro as a colleague, so they could not have told him the story of Kayo’s illegitimate child Kimi and her adoption.

Other interpretations have been given for the song, in particular for the colour red: that it reflects Shiro and Kayo’s frustrations about the failure of utopian socialist farming, or Noguchi’s disappointment with socialism, in particular with the Soviet Union.

At several places in Japan one finds statues of Kimi Iwasaki, who is affectionately called Kimi-chan (in Japanese, the suffix ‘chan’ is a term of endearment). The oldest and best known is the one in Yamashita Park in Yokohama, erected in 1979. 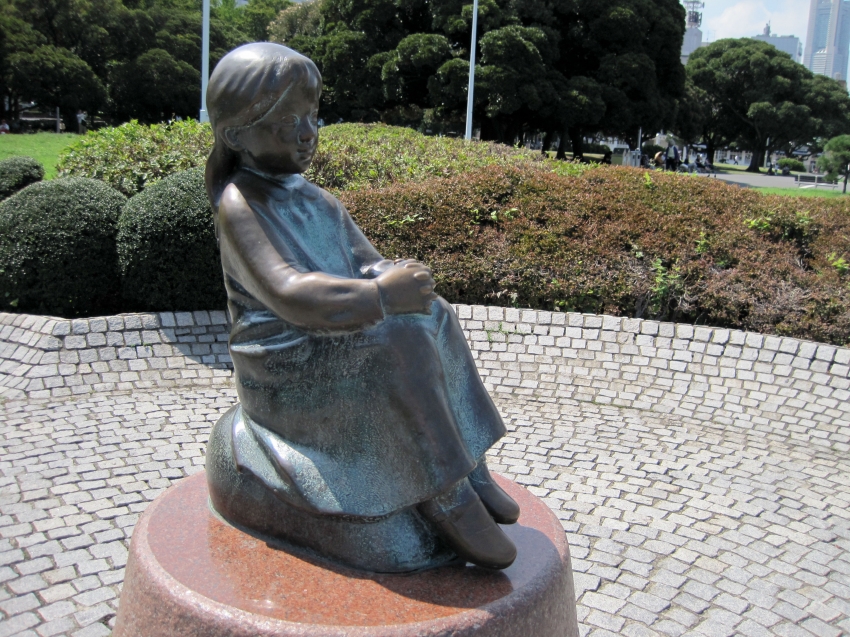 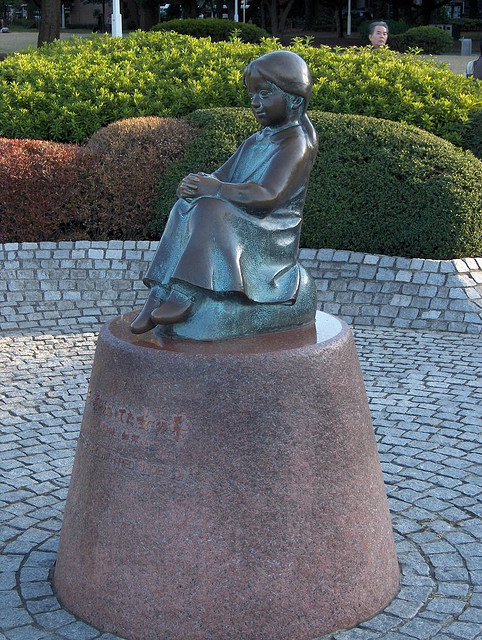 In February 1989 a statue of Kimi was erected in the Azabu-Jūban section of Tokyo, near the orphanage where she died of tuberculosis. On the day it was first unveiled someone left 40 yen at its feet, thus a coin box was put there, and millions of yen have been collected and donated to childcare charities. 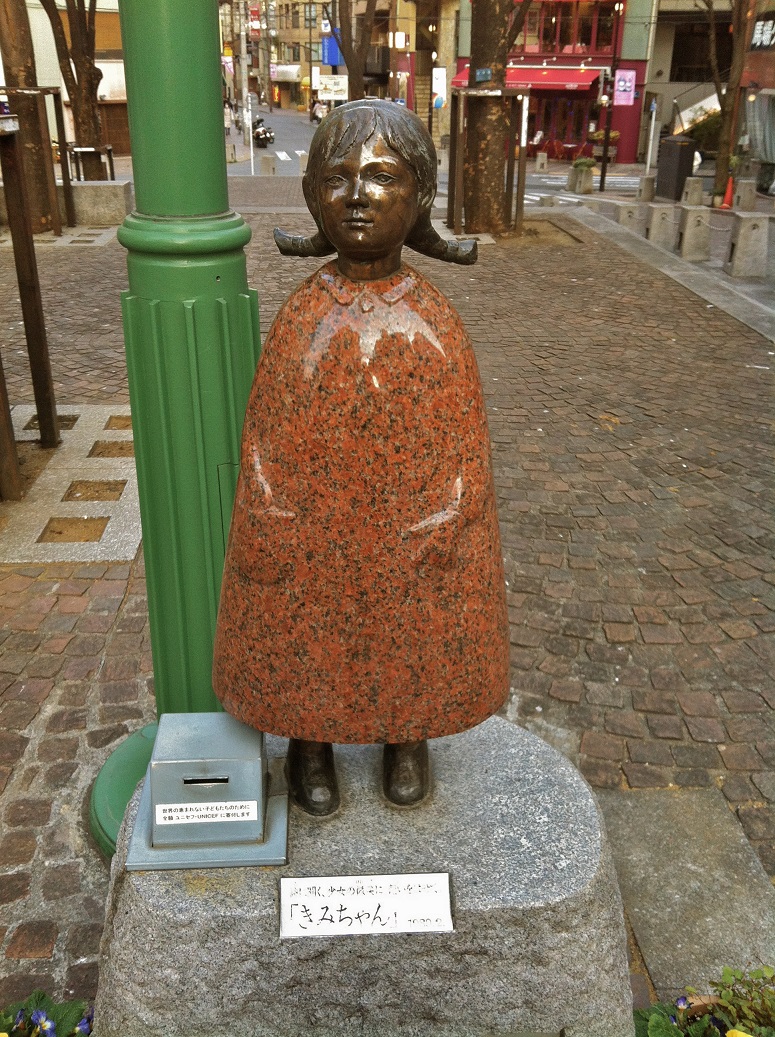 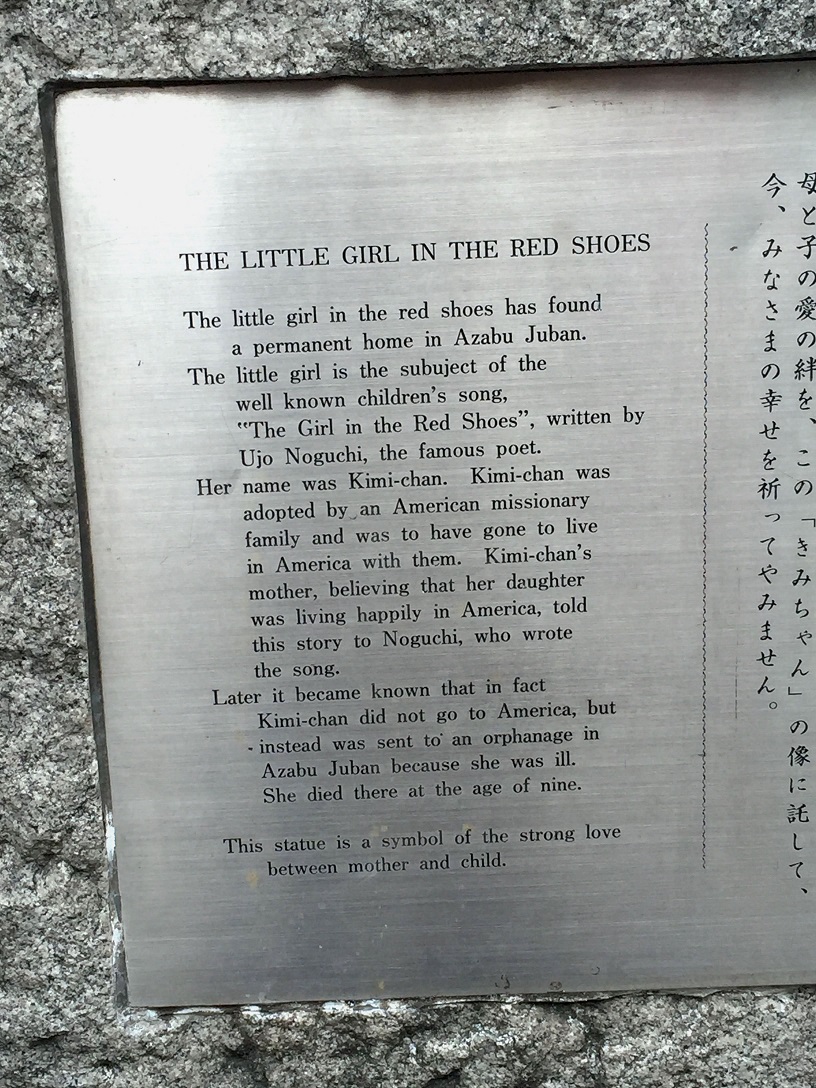 Plate for The Little Girl in the Red Shoes, Azabu-Jūban, Tokyo

There is a statue of Kimi and her mother, erected in 1986 in Nihondaira, Shizuoka Prefecture, near the place were the girl was born: 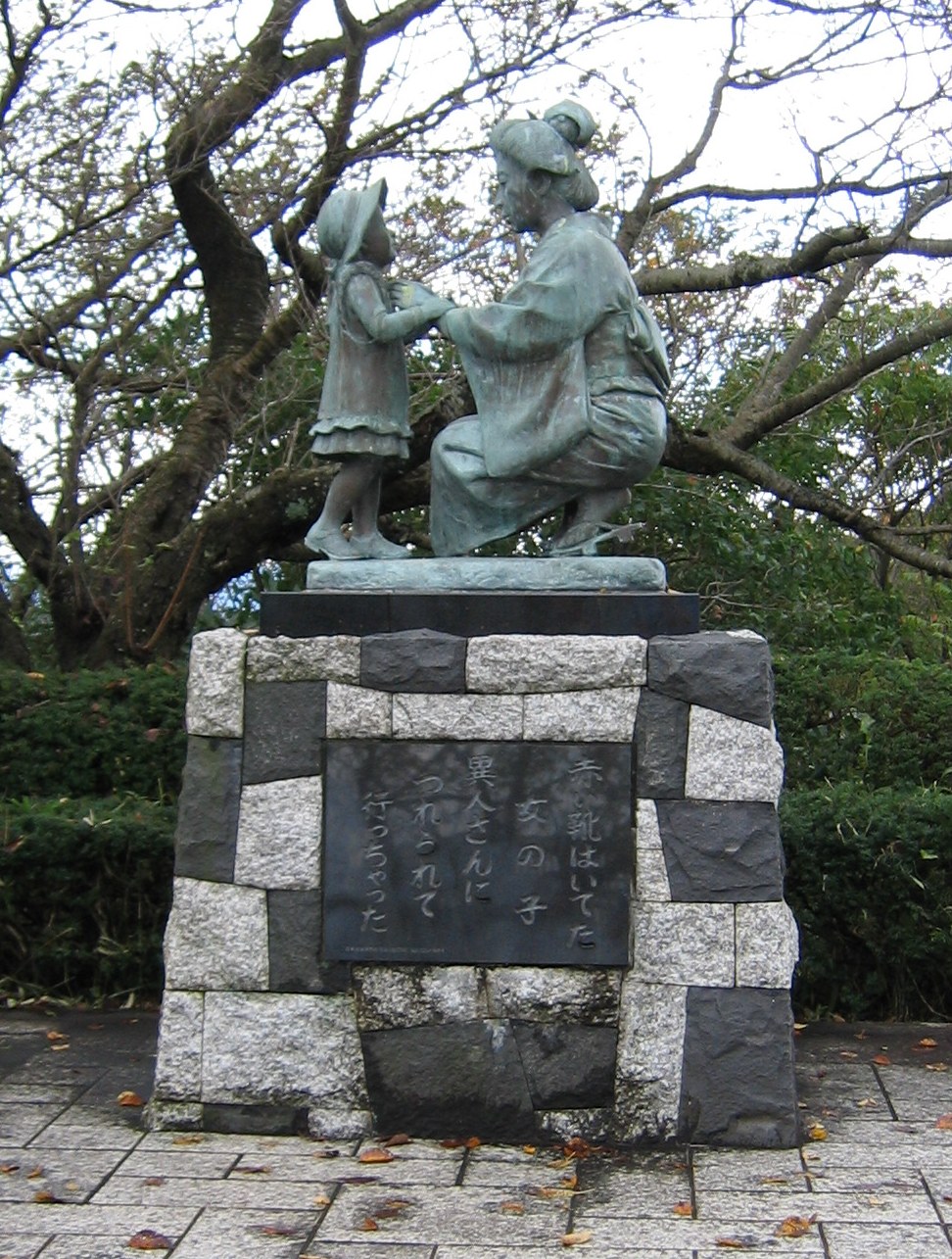 There are several statues of Kimi in Hokkaido, Japan’s second largest island, where Kayo Iwasaki married Shiro Suzuki. First the one in Unga Park, Otaru (2007): 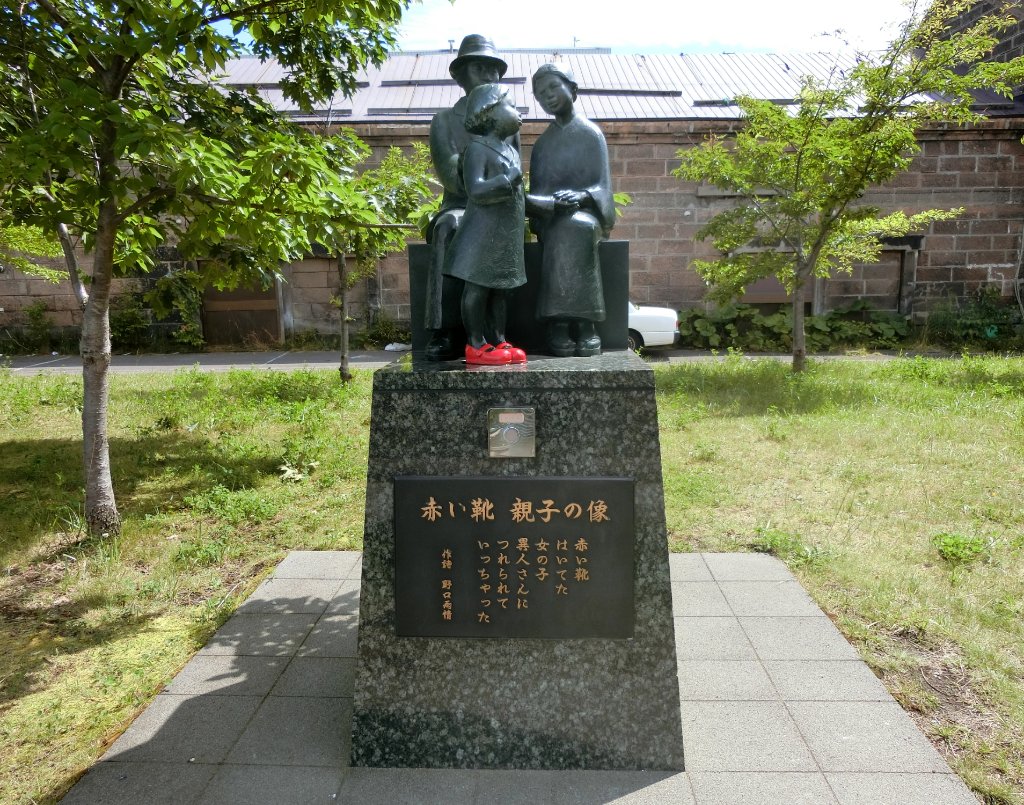 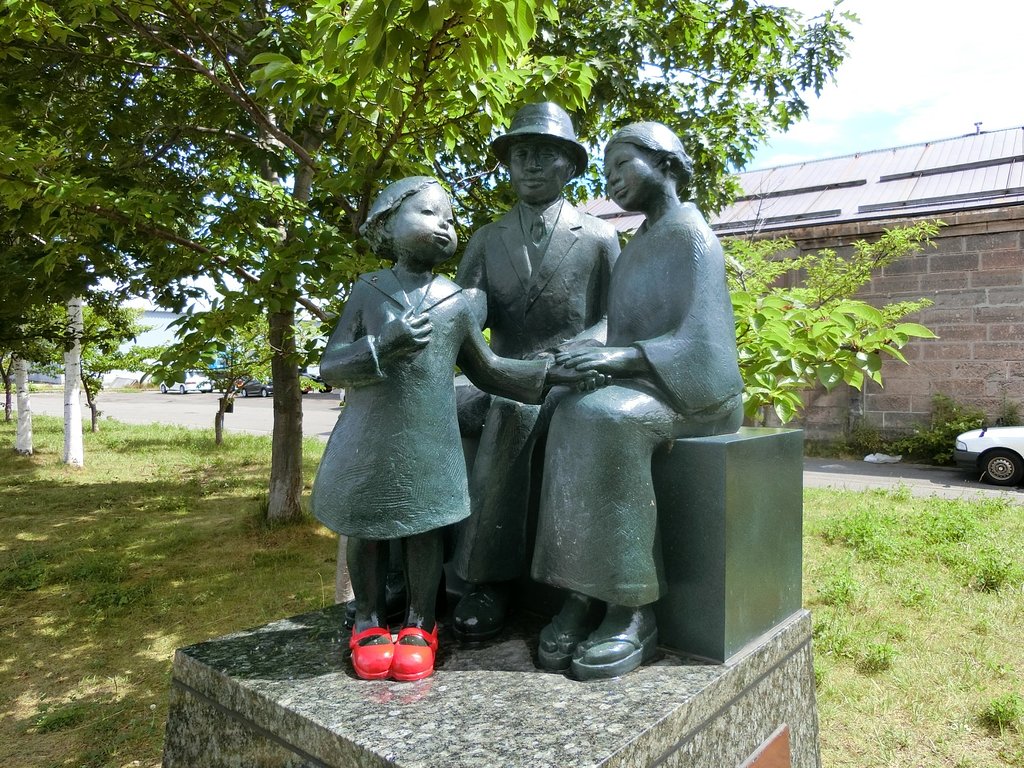 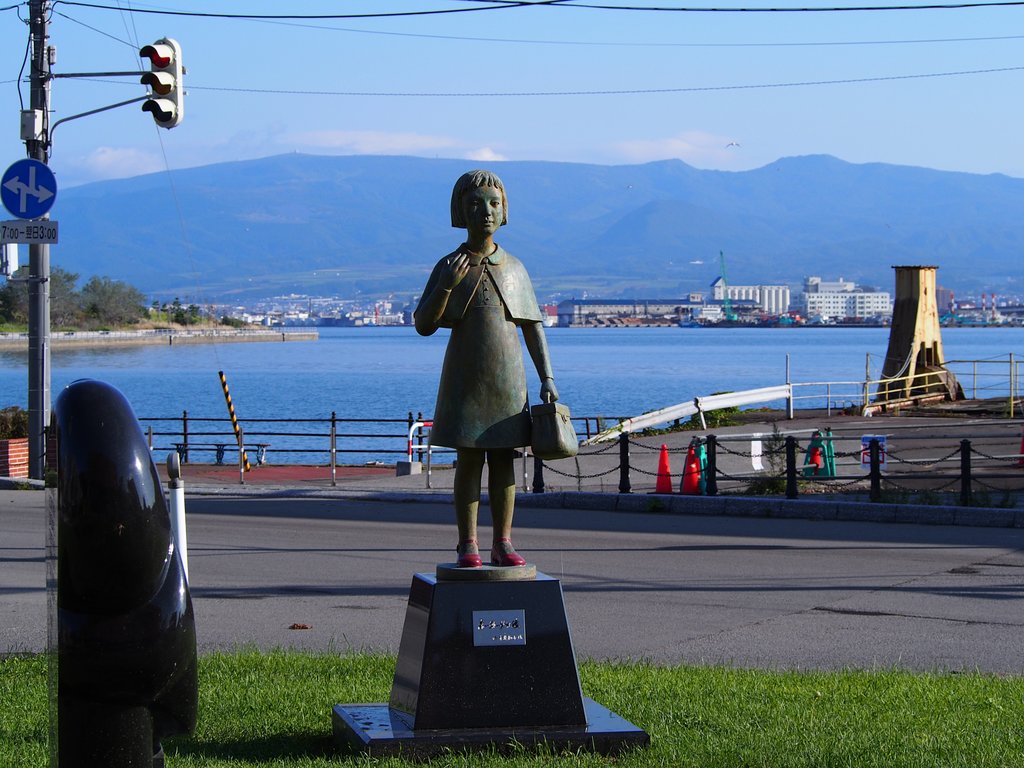 See the same statue with its base covered by snow in the winter: 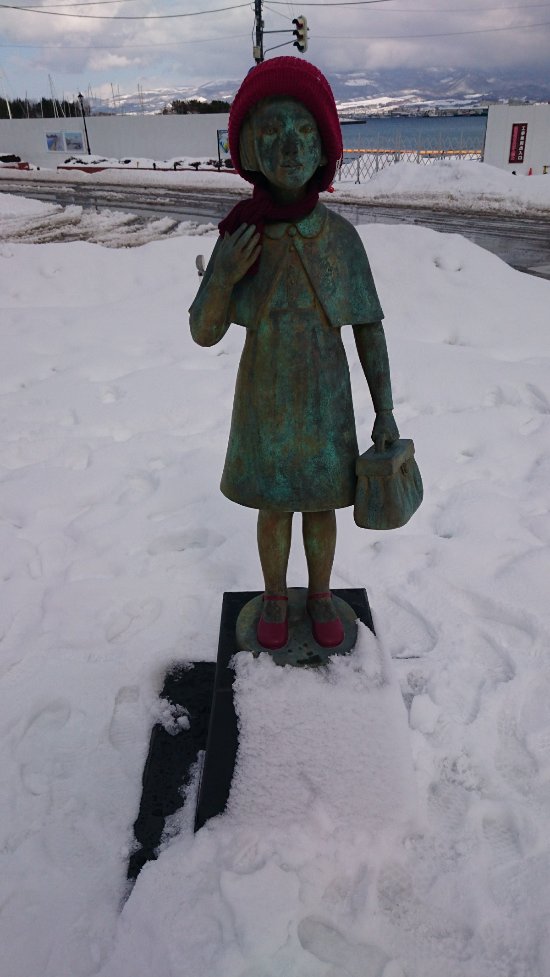 The Girl in Red Shoes next to the Friendship Bell, Port of San Diego

The girl holds a rose and a carnation, representing the two towns of Yokohama and San Diego. 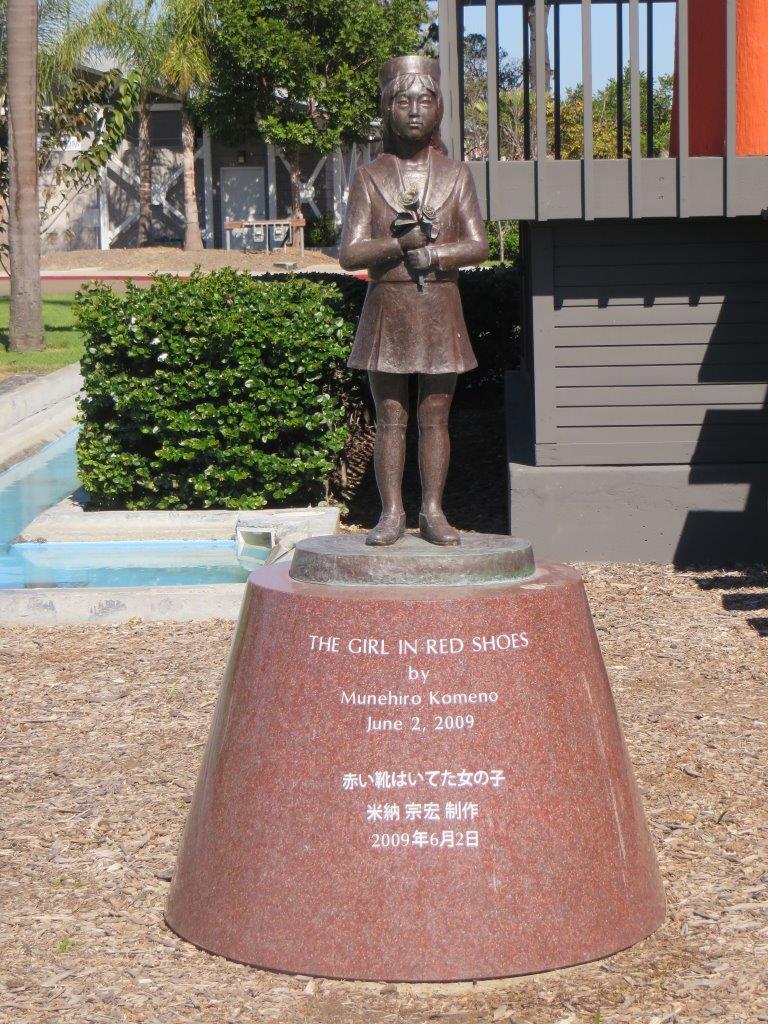 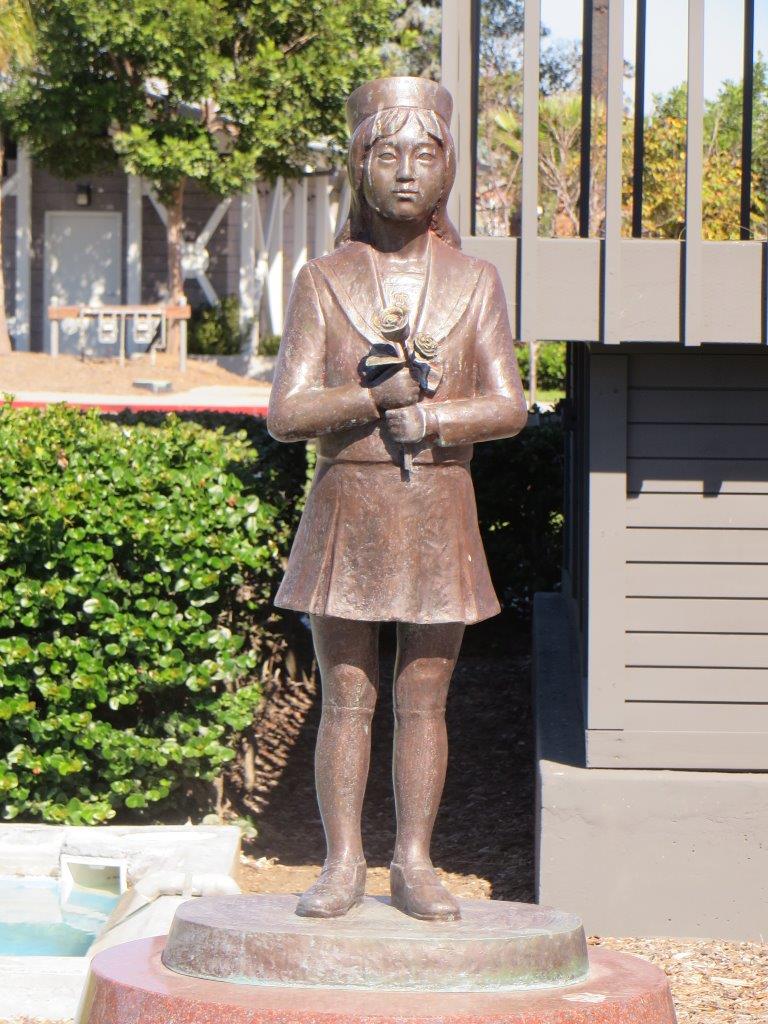 Finally, I show a Kimi doll, from the Yokohama Doll Museum: 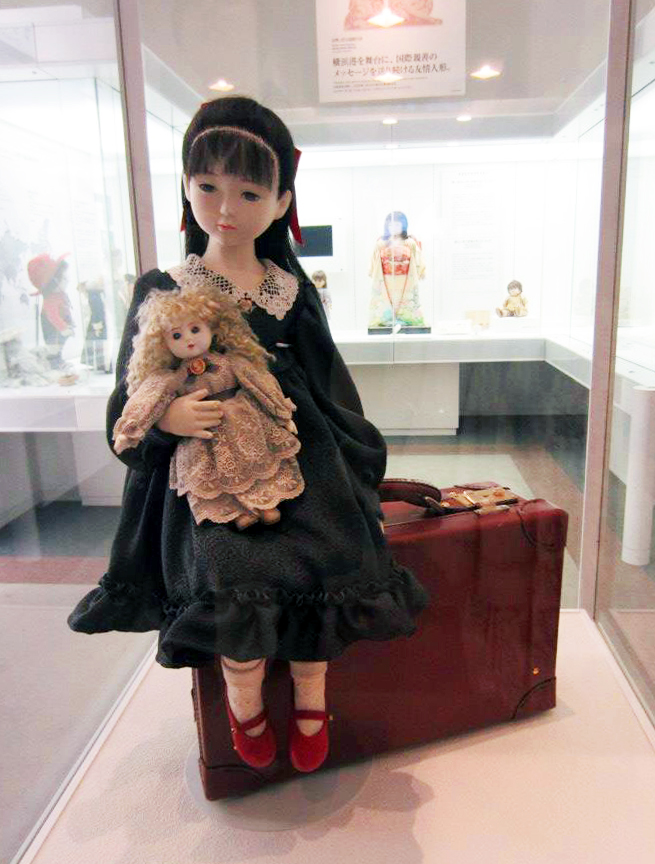 Many thanks to ‘Tina Willis’ for drawing my attention to Akai Kutsu, Kimi’s story and her statue in Yokohama.