In my article on Fränzi Fehrmann I mentioned how Ernst Ludwig Kirchner was occasionally a sculptor. Here’s one of his sculpted pieces, though it dates from several years past the Fränzi era.  What fascinates me most about the sculpture is how the mother looks dejected and downcast while the little girl appears optimistic and excited.

I thought at first it might be that Fränzi was the model for the mother, posing with one of her two daughters; the expression on the mother’s face coincides with Kirchner’s observations of her as an adult, as recounted in Johanna Brade’s description of her life in the Dictionary of Artist’s Models:

“When Kirchner visited Fehrmann again in Dresden, on 12 February 1926, she had two illegitimate children. Kirchner noted in his sketchbook: ‘Fränzi herself is very sad and gloomy because of her misfortune with the children. Her youthful memories, of Moritzburg, etc., are the happiest part of her life.’ An album containing photographs from these early years, which Fehrmann had at that time and which would now be of tremendous documentary value has not been found.”

The problem is that the sculpture dates from 1924, about two years before Kirchner’s visit to Fehrmann.

Many artists have muses, a particular model or models who inspire them and with whom they prefer to work.  For the German Expressionist group known as Die Brücke, one such muse was a child.  Lina Franziska Fehrmann, better known as Fränzi, featured frequently in the paintings of Erich Heckel, Max Pechstein and especially Ernst Ludwig Kirchner.  These three men met the girl in 1909 and worked with her (as well as a slightly older girl named Marcella Sprentzel, though not nearly as frequently) for about three years.  Here’s a bit on Fränzi from the Llamarinth blog:

“Johanna Brade traces Fränzi Fehrmann’s life in some detail in the Dictionary of Artists’ Models. ‘The artists were fascinated by the naturalness of the girls’ movements and the unconscious eroticism they radiated,’ she writes. ‘Further, the angular form of their slender bodies conformed to the primitive art that had had a decisive influence on Die Brücke’s Expressionist idiom since around 1909. Fränzi Fehrmann and Marzella were not nice, gentle girls. The pictures often show them with a sceptical, shy look. Their nudity is unposed. This makes them seem, on the one hand, vulnerable and extremely childlike, and, on the other hand, like erotic Lolitas.'”

The recognition by these artists of the “unconscious eroticism” of the young girl was not that unusual for its time and place.  It would inform the work not only of German artists but also the founder of psychoanalysis, Sigmund Freud.  There was a general movement blossoming in Germany in the early part of the 20th century towards sexual openness and naturalism (which peaked in the Weimar era), a fact later labeled by Hitler and the Nazis as debauchery and corruption needing to be stamped out by the State.  Today Kirchner and his contemporaries, in simply recognizing that Fränzi possessed erotic qualities, would likely be labeled pedophiles and child exploiters—and indeed the accusation has been made in recent years—even though there’s no evidence that they ever exploited her or any other children.  This is a fine point that seems to be missed in the current environment of paranoia and simplistic thinking with regard to children and sex.

Kirchner was not only a painter but an amateur photographer and even, from time to time, a sculptor.  Here are some photographs wherein we can see precisely these paradoxical qualities in Fränzi which drew these members of Die Brücke to her: 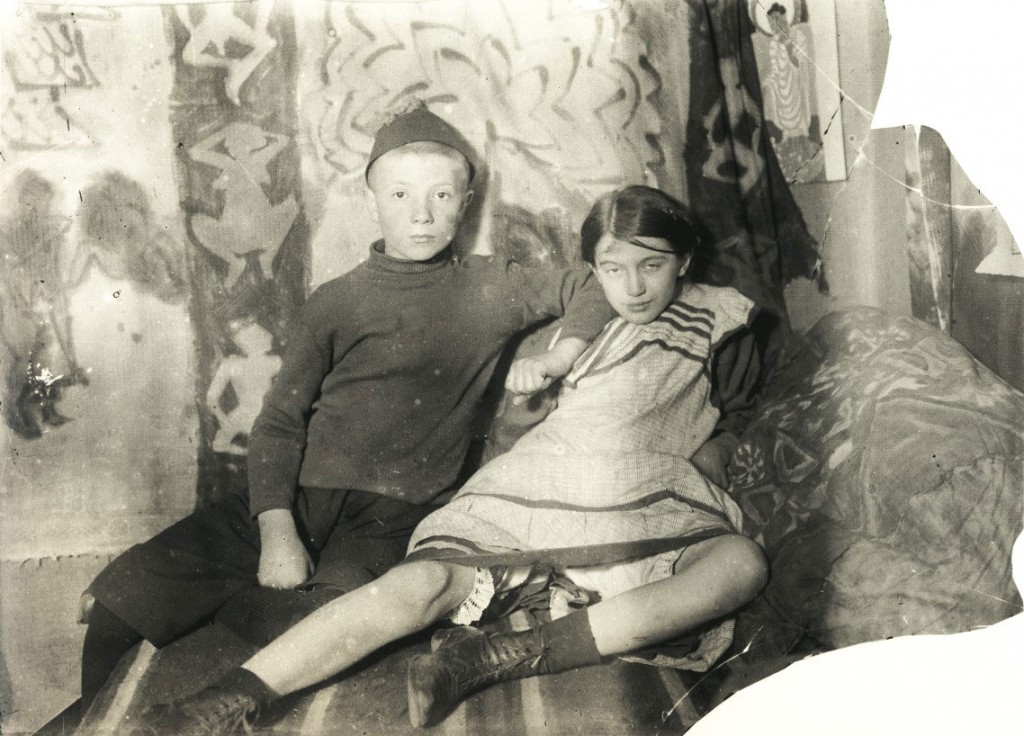 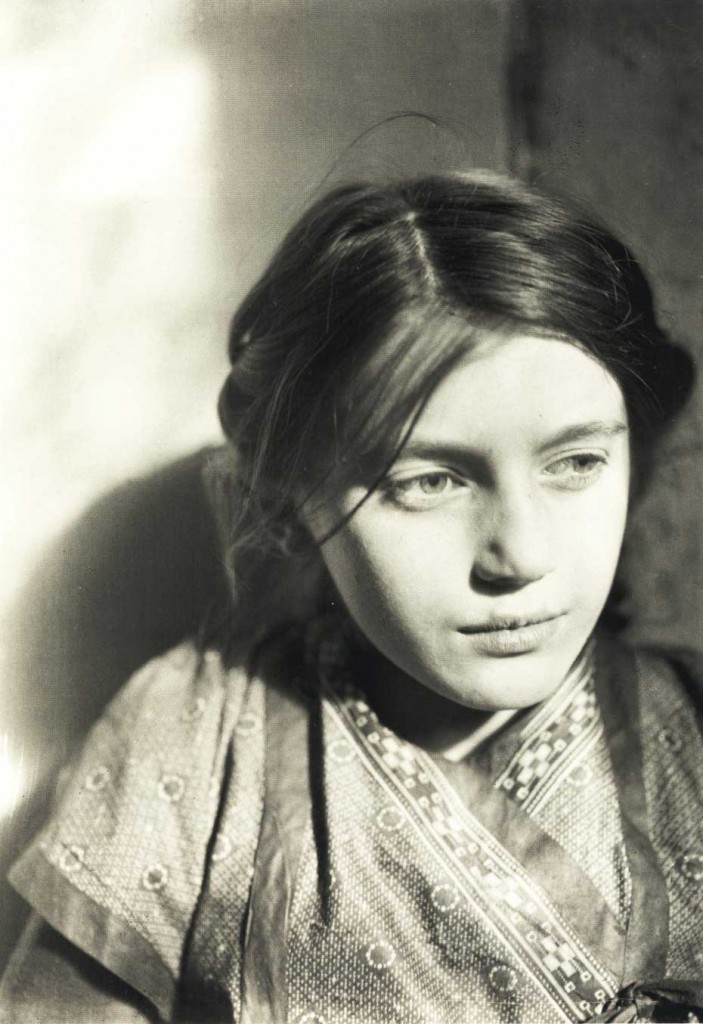 Kirchner and Heckel drew and painted Fränzi nude more often as not. 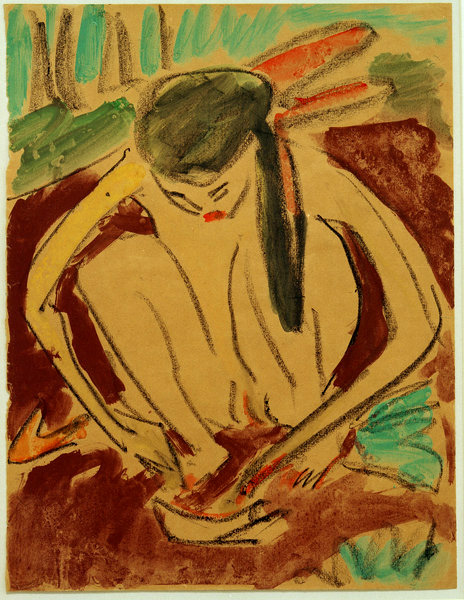 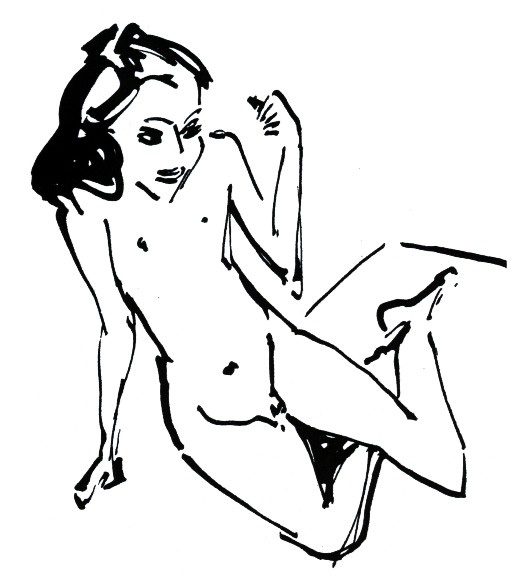 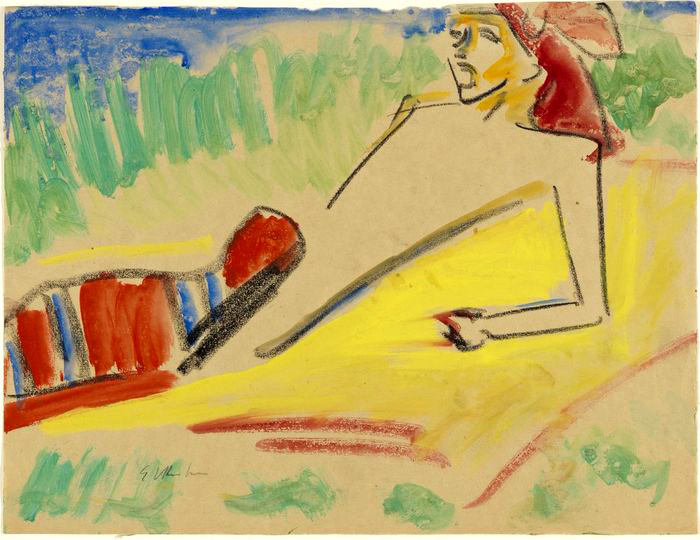 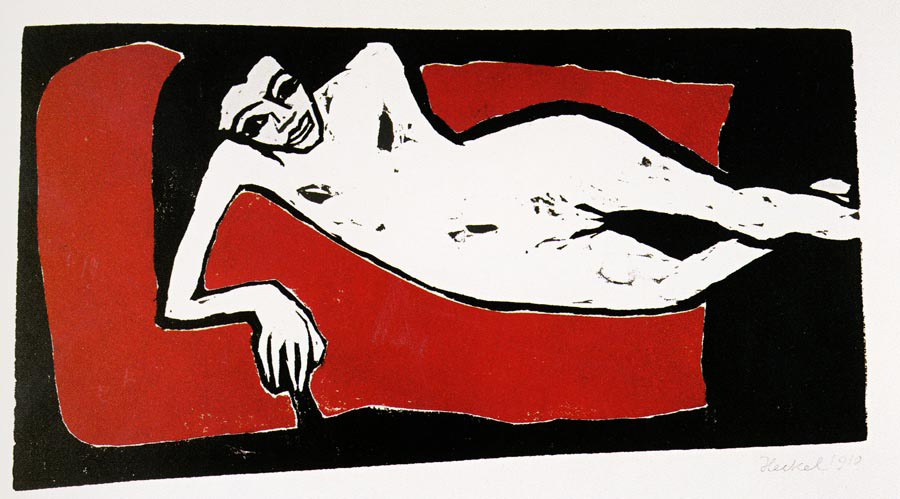 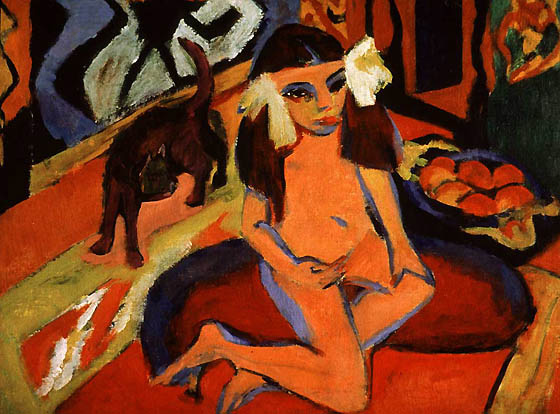 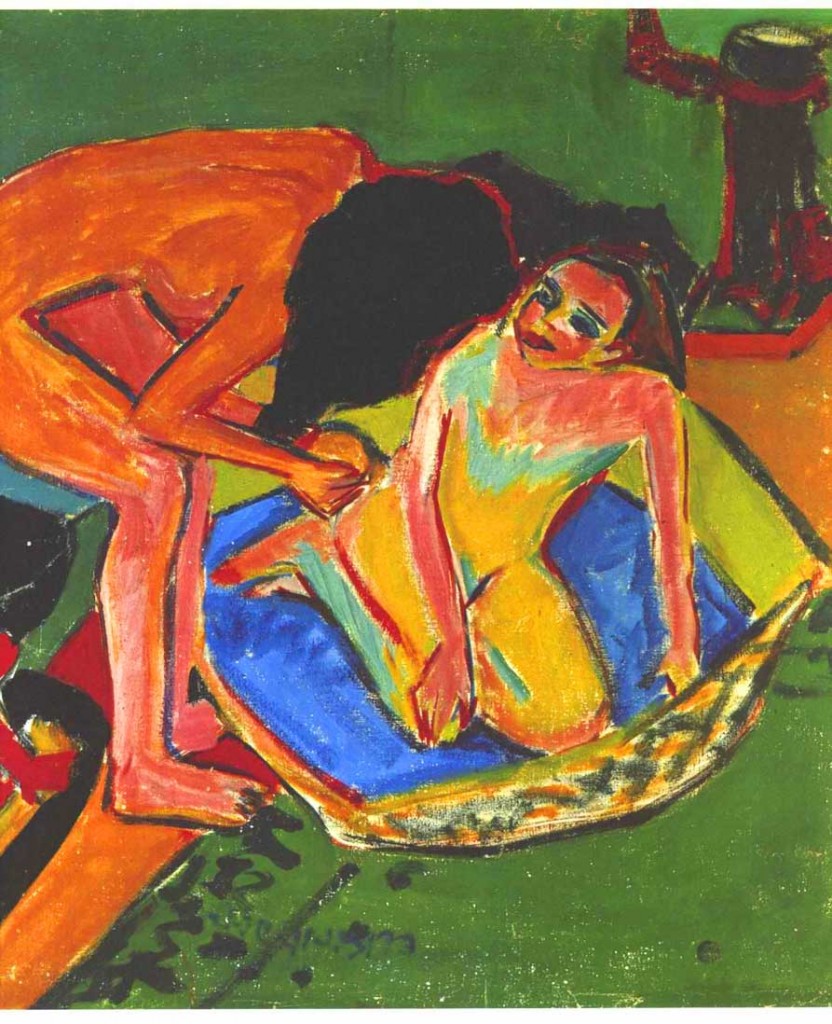 Heckel and Kirchner both did portraits of one another posing with Fränzi: 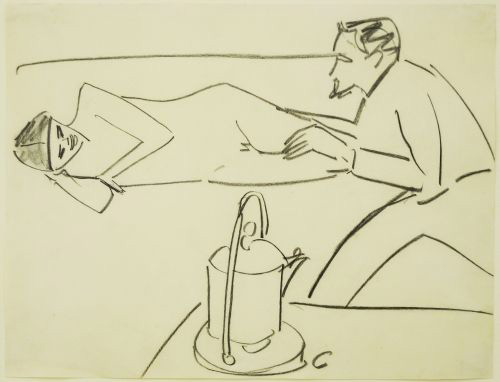 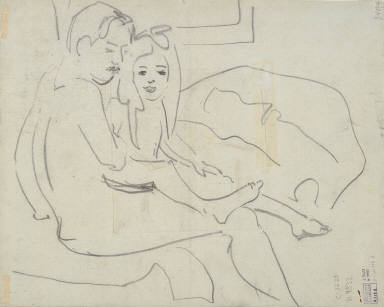 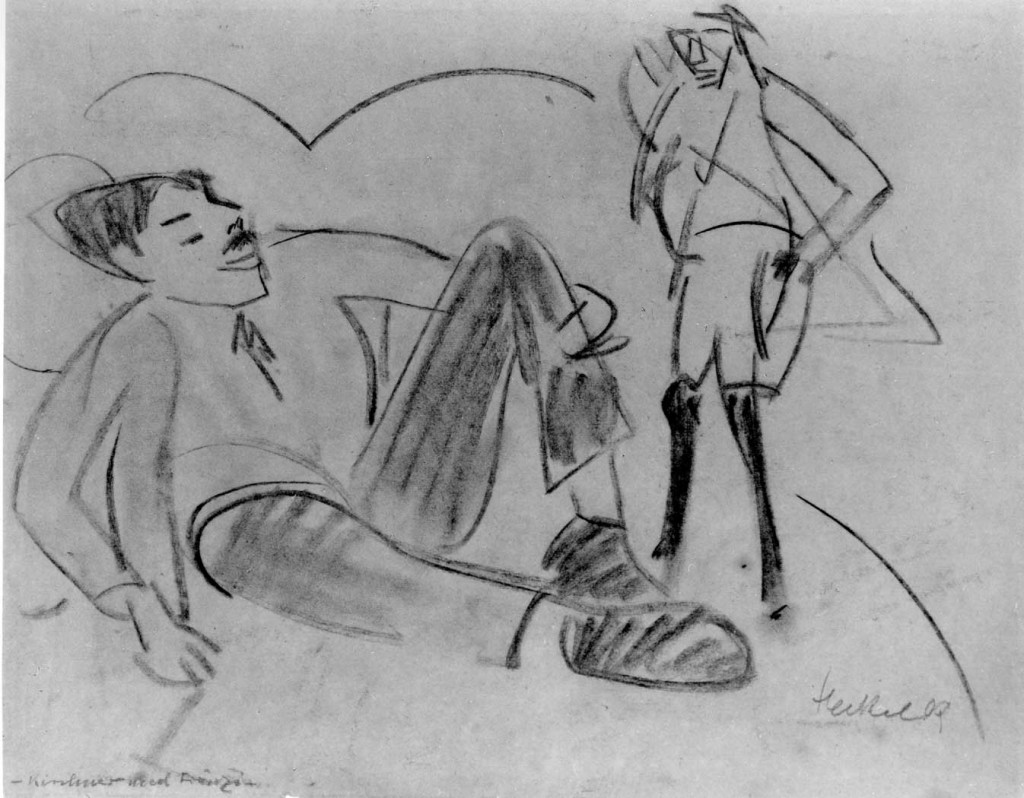 Erich Heckel – (Title Unknown) (a sketch of Kirchner and Fränzi)

One of Kirchner’s favorite items to depict the girl with was the bow and arrow, as he did several such drawings and paintings: 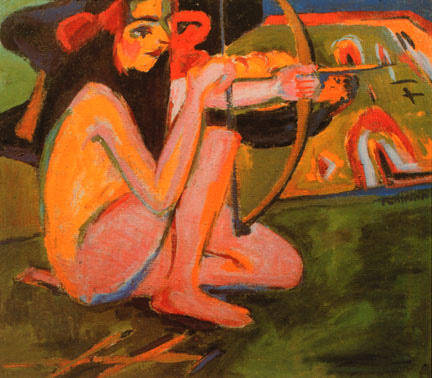 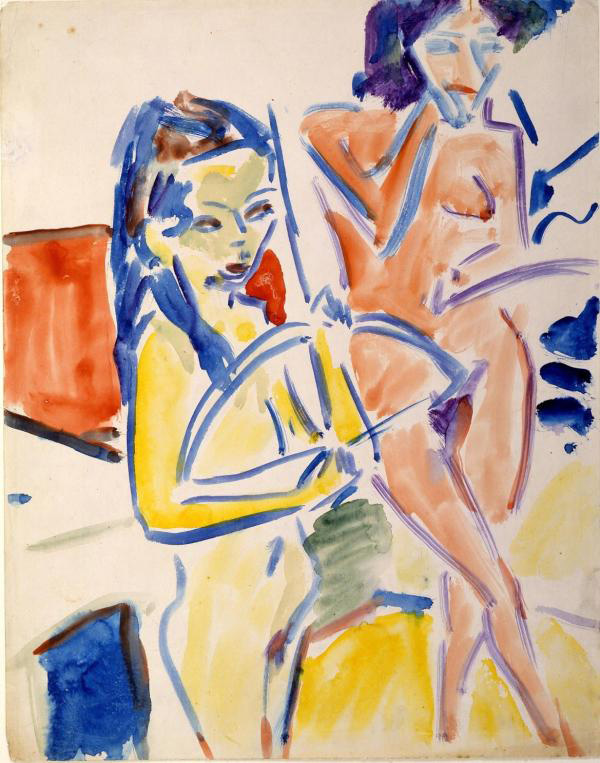 One of Heckel’s works featuring Fränzi made it onto a German stamp in 2005: 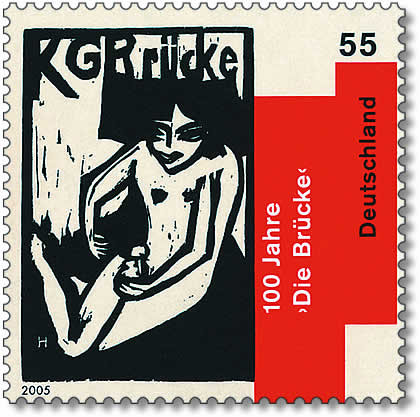 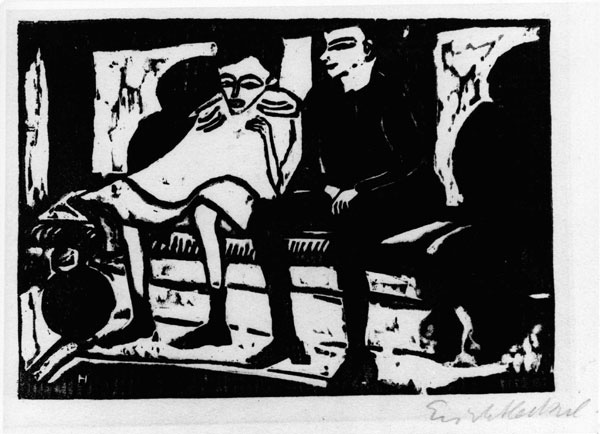 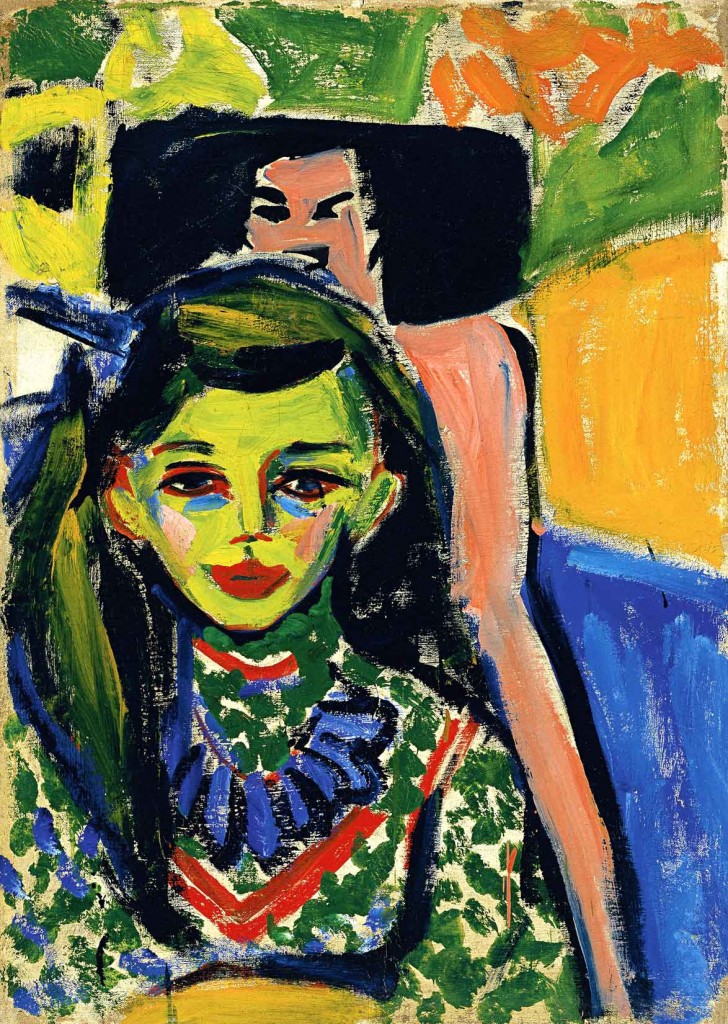 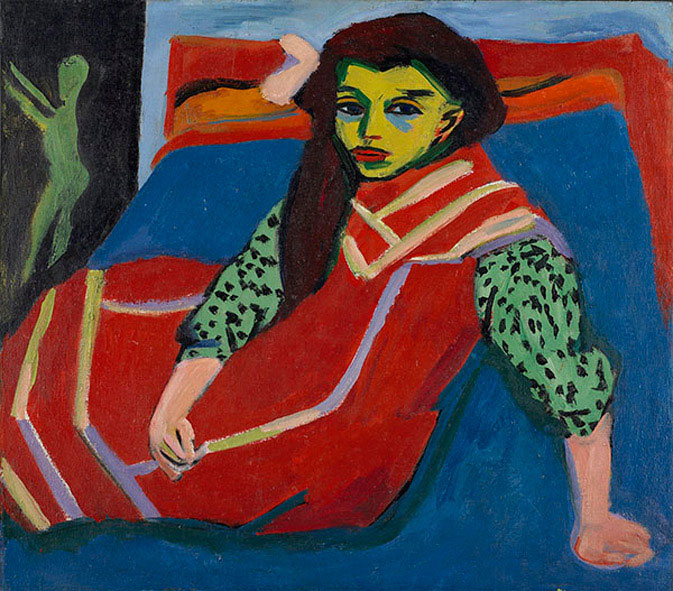 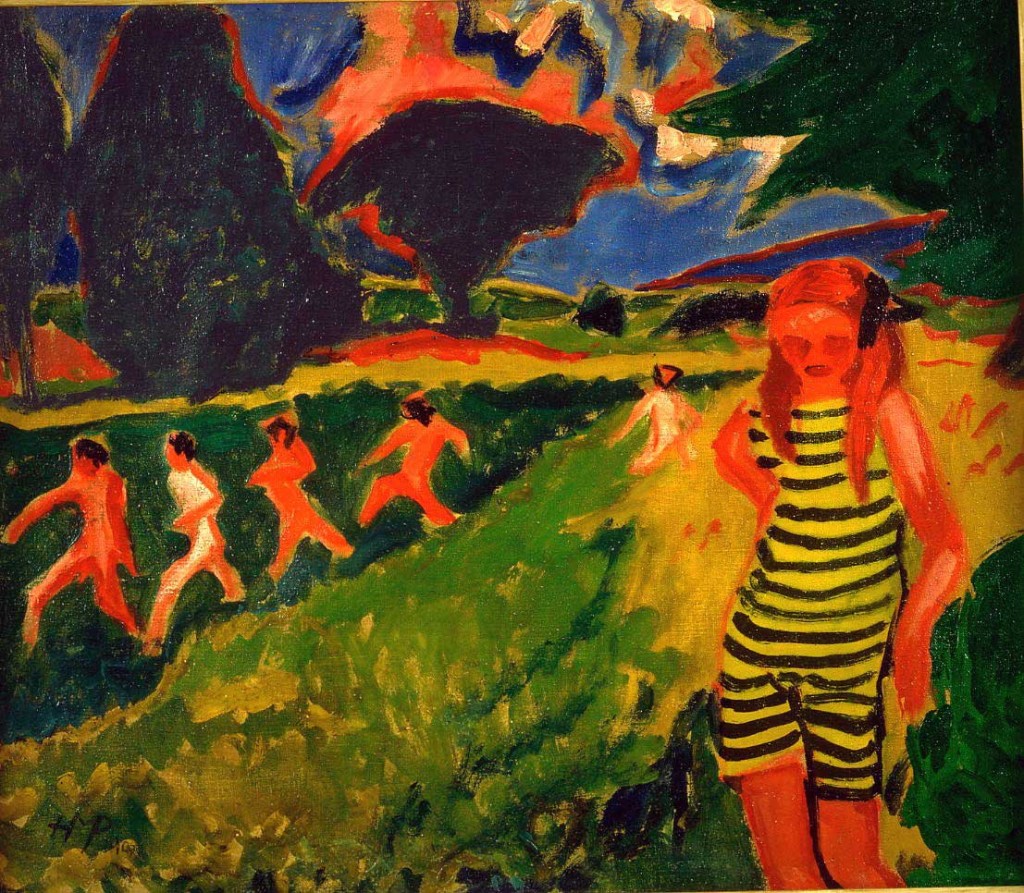 There was an interesting article in The German Times regarding Fränzi’s relationship with Die Brücke, “The secret of Fränzi and Marcella,” but it has disappeared from their site.

*Addendum: Ray Harris has since covered the same subject on his blog, Novel Activist, and did an exemplary job of it, I think: The naked child in art: Franzi and Die Brucke