Recently while researching some material for references, I came across Azuma Itsuko (東逸子), a Japanese illustrator who made me fall in love with her works at first glance.  Unfortunately, information about the artist is vague on the Internet. The few images I could find about her work were enough to spark my interest. After a week of research, I decided to buy some of her books which, as they were printed in the ’80s and ’90s, are no longer being reprinted, becoming quite the collectibles.

Four books caught my attention the most: Pulstella, Passacaglia,  Aquarium and Twilight. I also bought a few others, including from other artists. The illustrations are made on textured paper, using dry and oil pastels, I believe. Most of them are monochromatic or with only a couple of colors. The theme is very interesting: mostly nymphs, with symbioses with animals such as mermaids, butterflies and birds. Often the characters merge with the environment.

The use of light effects is impeccably carried out adding lightness and transcendental airiness. Flowers are also often used, followed by various types of ornaments like pearls; angel-like creatures are also frequently seen. Often the characters are levitating or in very smooth and peaceful conditions, reminiscent of a pure fantasy world. A few of them, however, can have a more dense atmosphere. The sky, stars and constellations are also used in both the characters and in decorating the background. Nothing seems isolated, but rather interconnected between the entire composition, with a dynamic effect for the viewer—a continuous flow.

Below I’ve selected some beautiful images from the books. 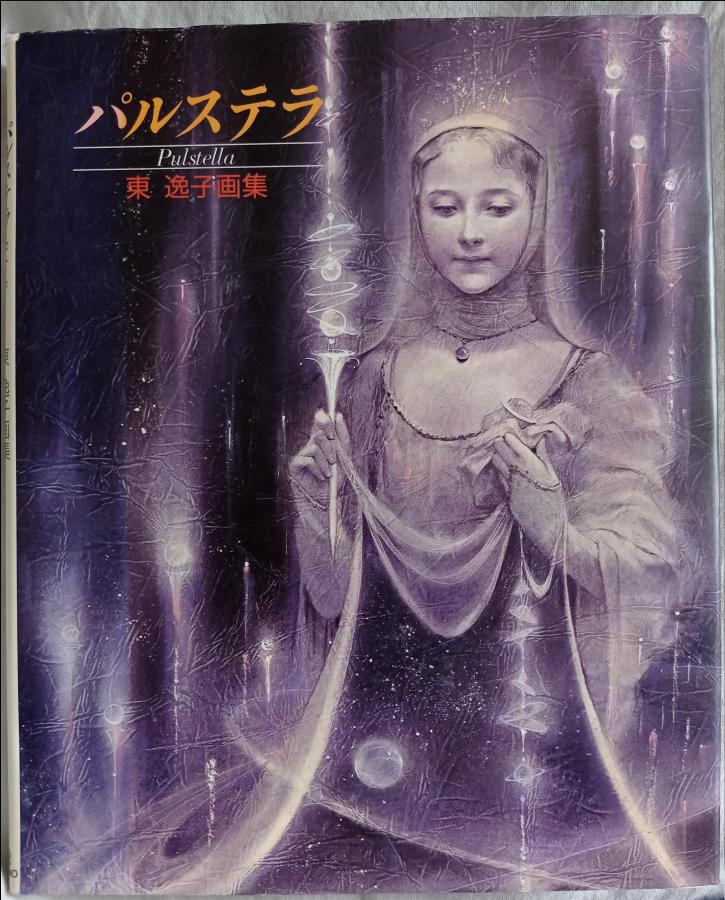 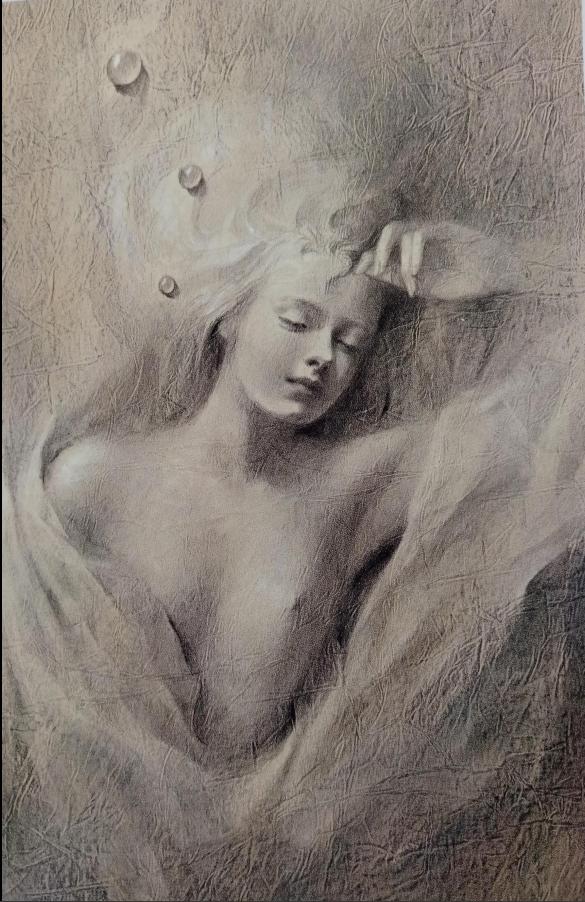 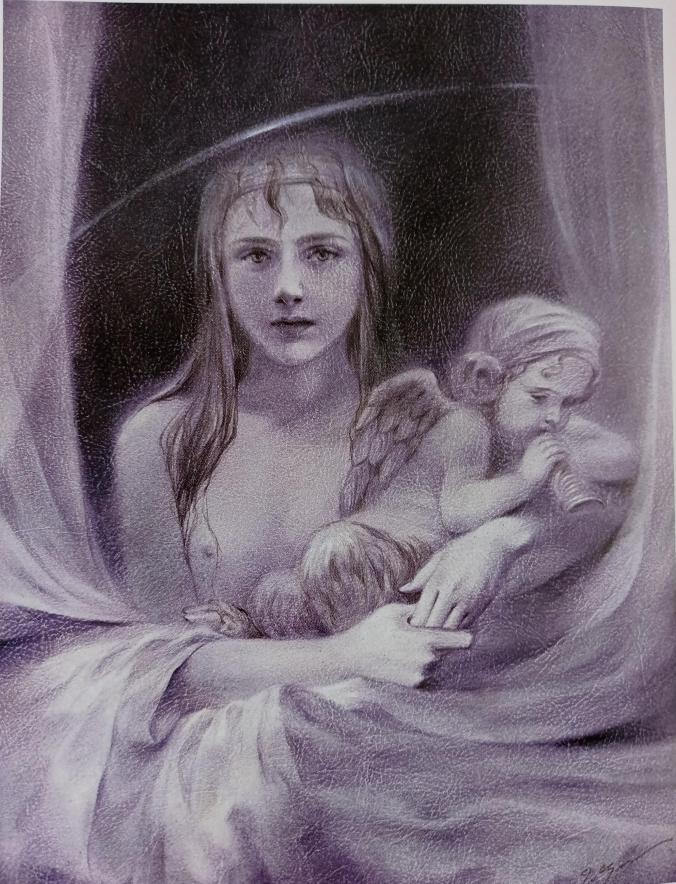 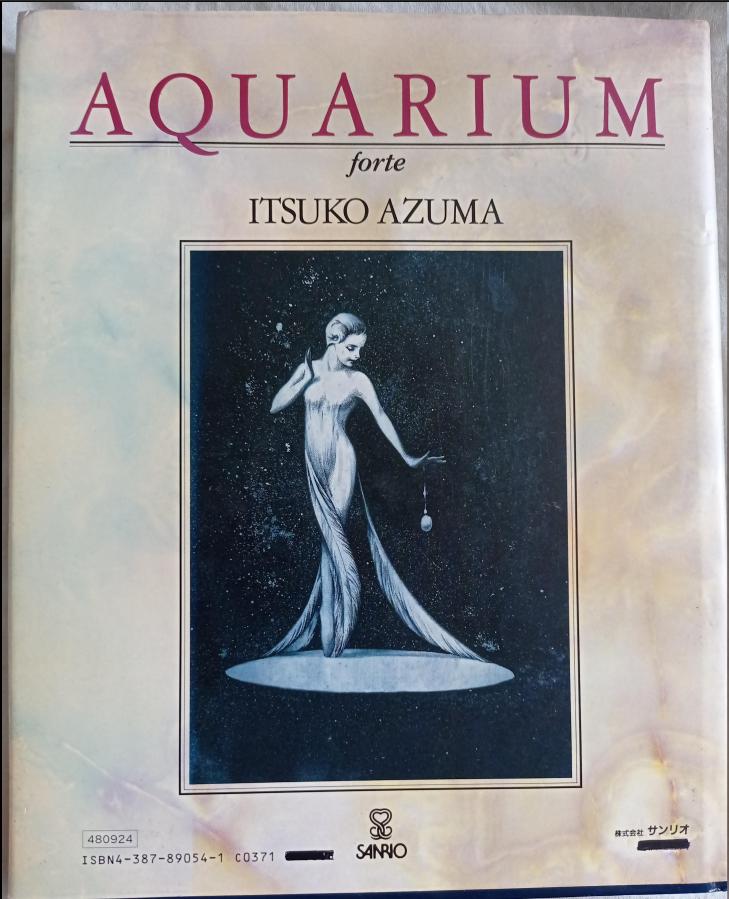 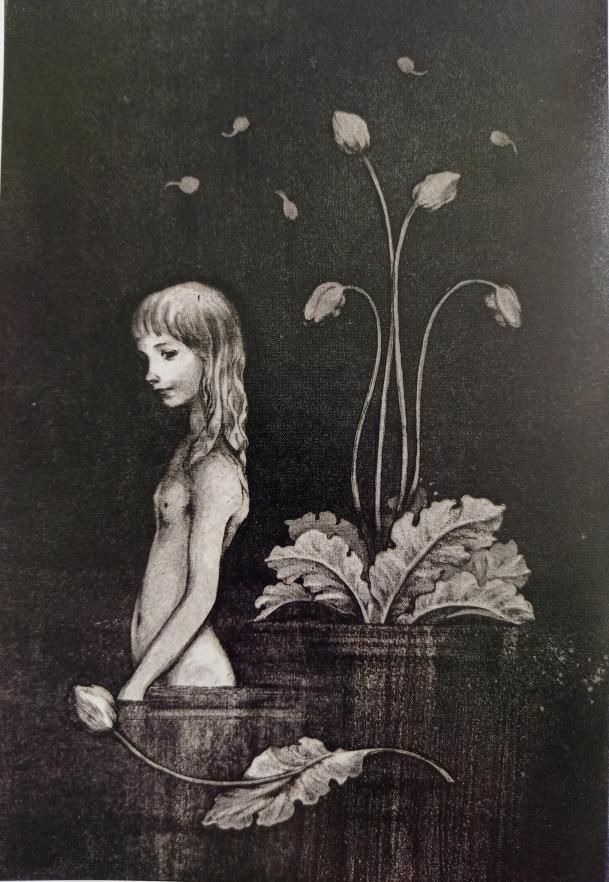 The cover of Passacaglia is quite damaged, but the content is perfect. 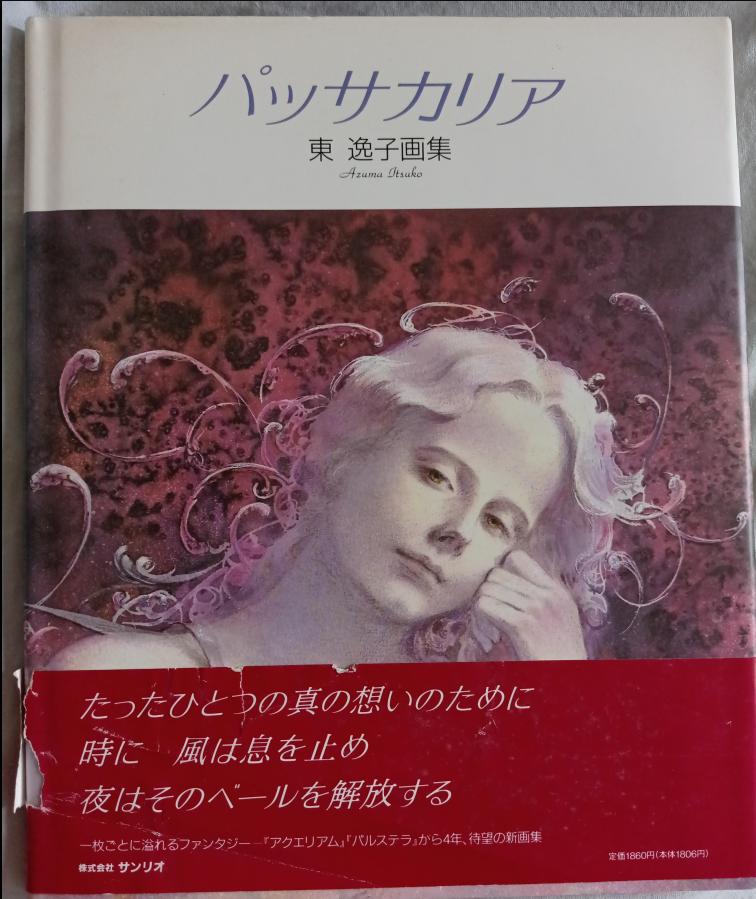 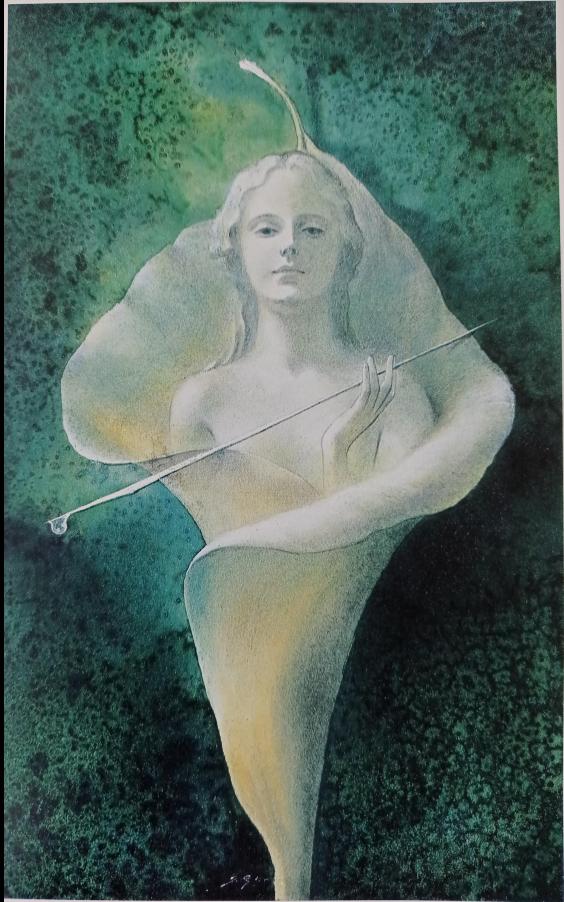 While trying to acquire Twilight, I was scammed by the Japanese store selling the book, in a pack with other artists. I’ve lost a good amount of money but, hey, it’s life. I don’t have any images from this book. 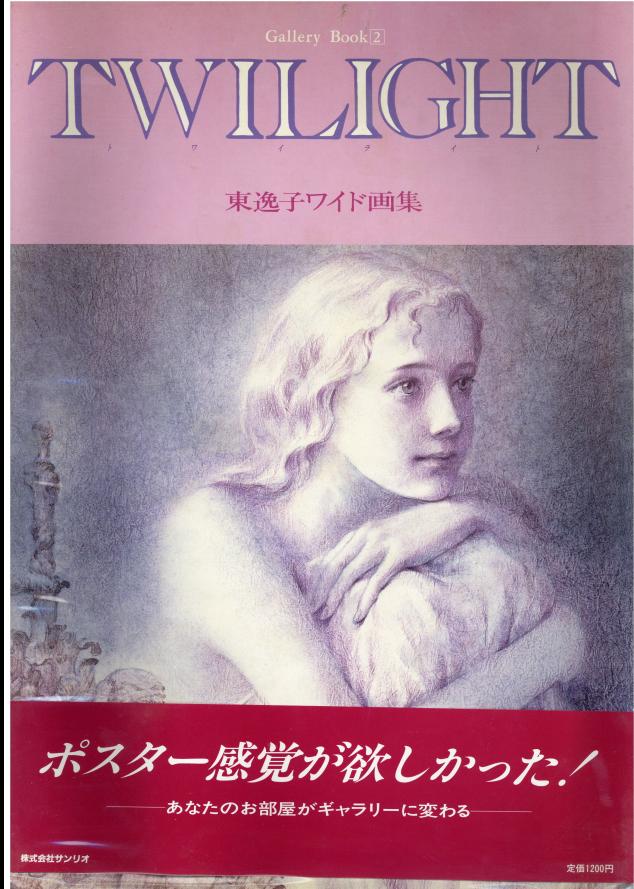 Another book that I couldn’t find anywhere to buy is Pirouette, about ballerinas: 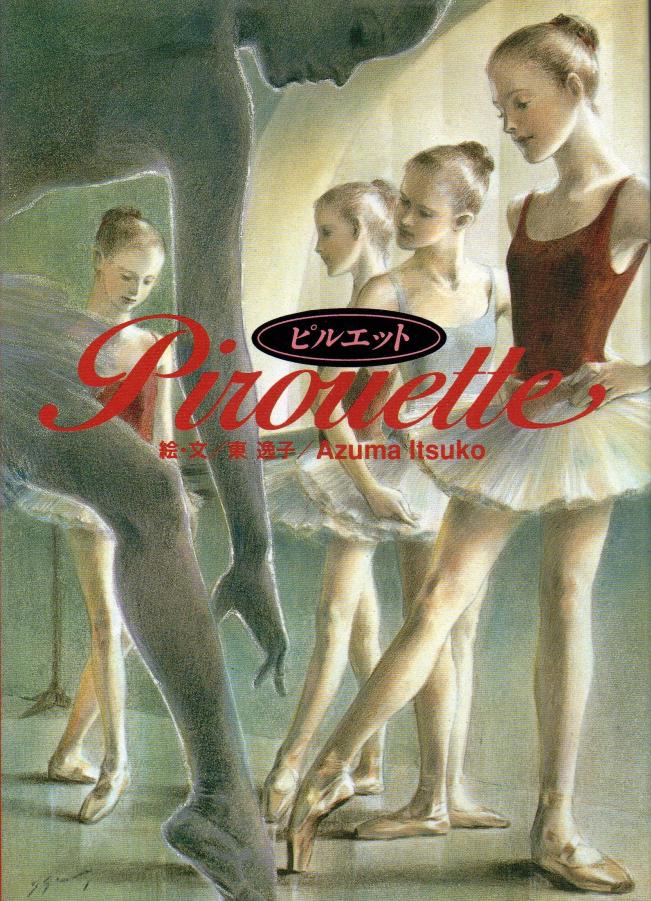 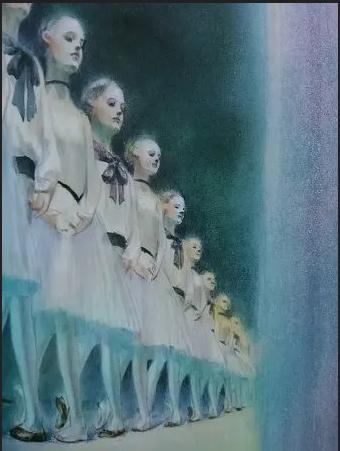 She also illustrated few story books, with several Japanese authors, mostly with fantasy and fairy tales as the subjects. There are few more gorgeous images and not so much famous works scattered through the internet. You can find the originals in Japanese auctions, but the books are still hard to find.