The story of Hansel and Gretel, a German brother and sister abandoned in the woods by their parents only to happen upon a witch’s home made of sweets, has been around in written form ever since the Brothers Grimm published the tale in 1812, though, as with most fairy tales, it has probably existed in some form for much longer.  The tale became more complex later on, with the mother becoming an evil stepmother who, like the witch, meets a terrible end.  As I’ve mentioned already in the Bauer article, children in older fairy tales, even if they are fay and dainty creatures, are rarely whimpering weaklings completely at the mercy of those around them.  They’re smart and resourceful, even occasionally brutal, as demonstrated by Gretel’s act of shoving the witch into the oven.  Sometime around the Victorian era our conception of kids began to change—we started to see them as weak, dependent and malleable, and so too kids’ stories changed with the times.  The violence and sexual undertones of the old tales were bowdlerized, watered down or eliminated altogether.  But the fable of Hansel and Gretel has endured the decades of shifting social, political and psychological views of children, a testament to its unique appeal. 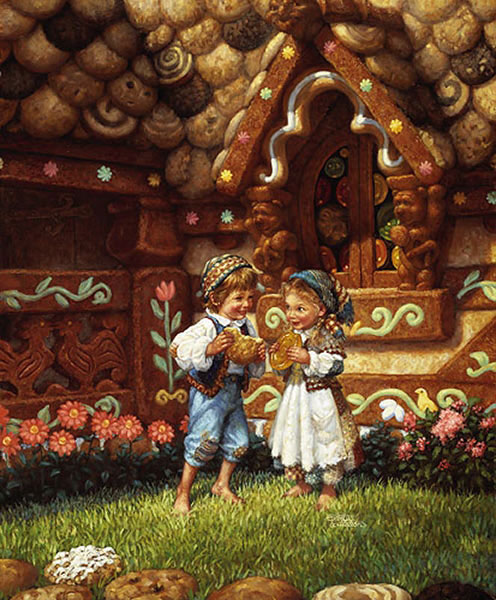 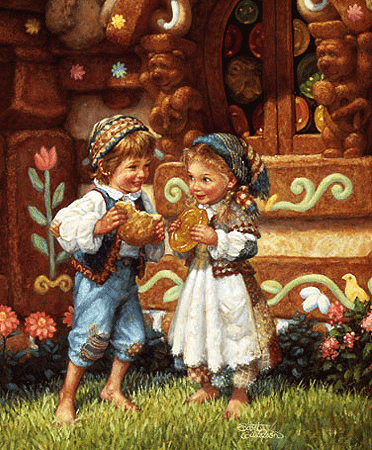 The Art of Scott Gustafson 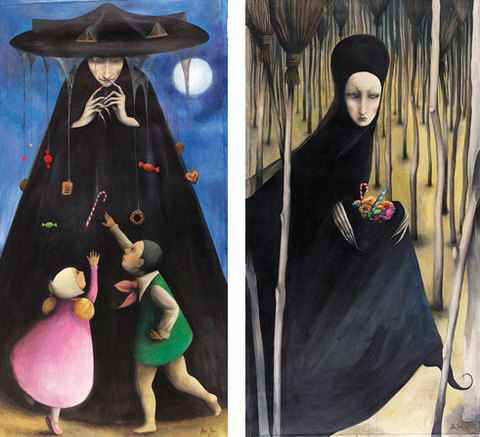 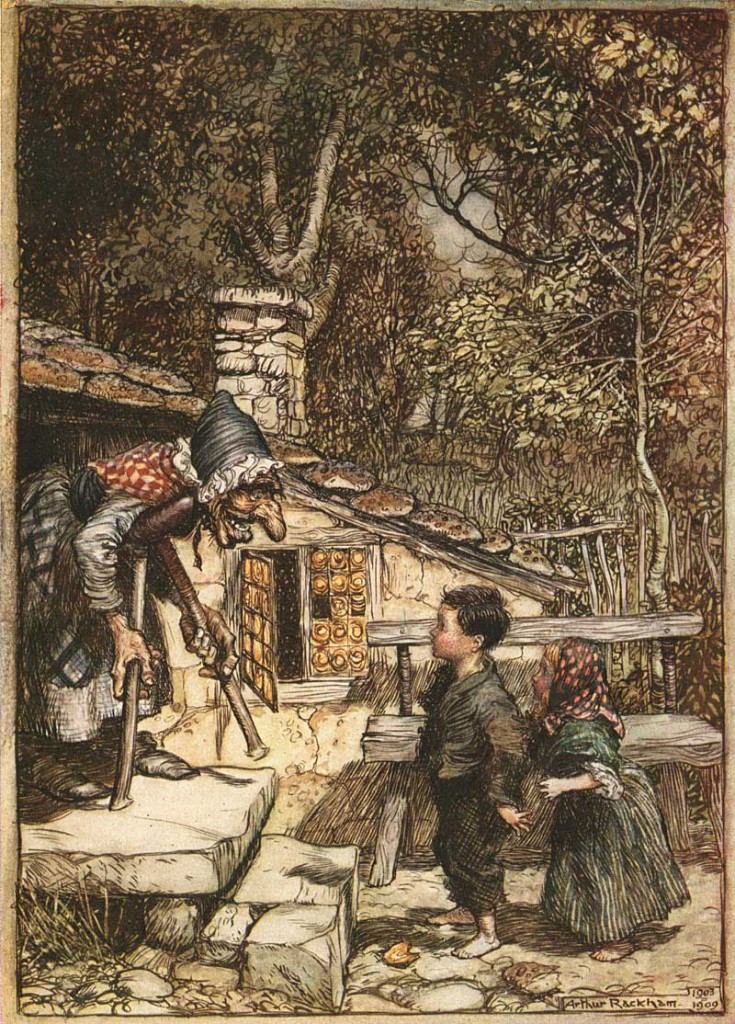 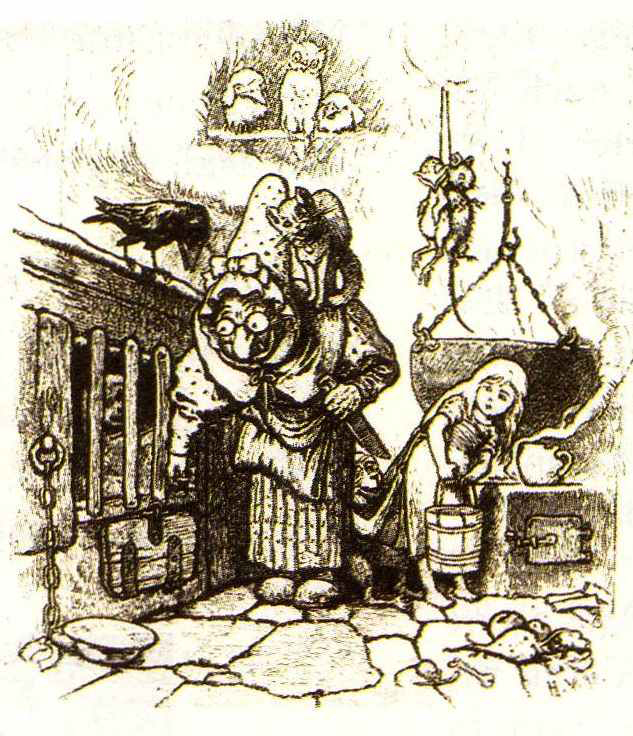 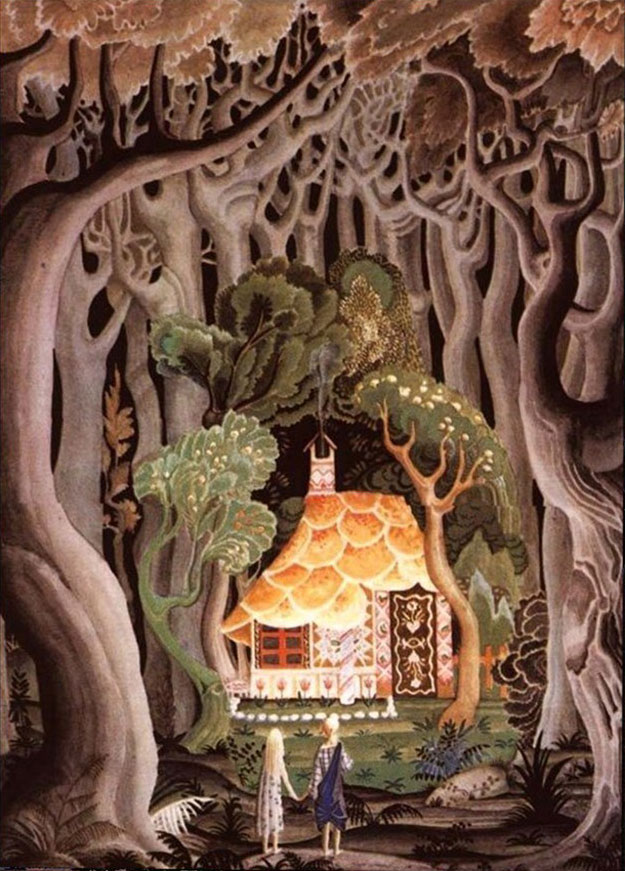 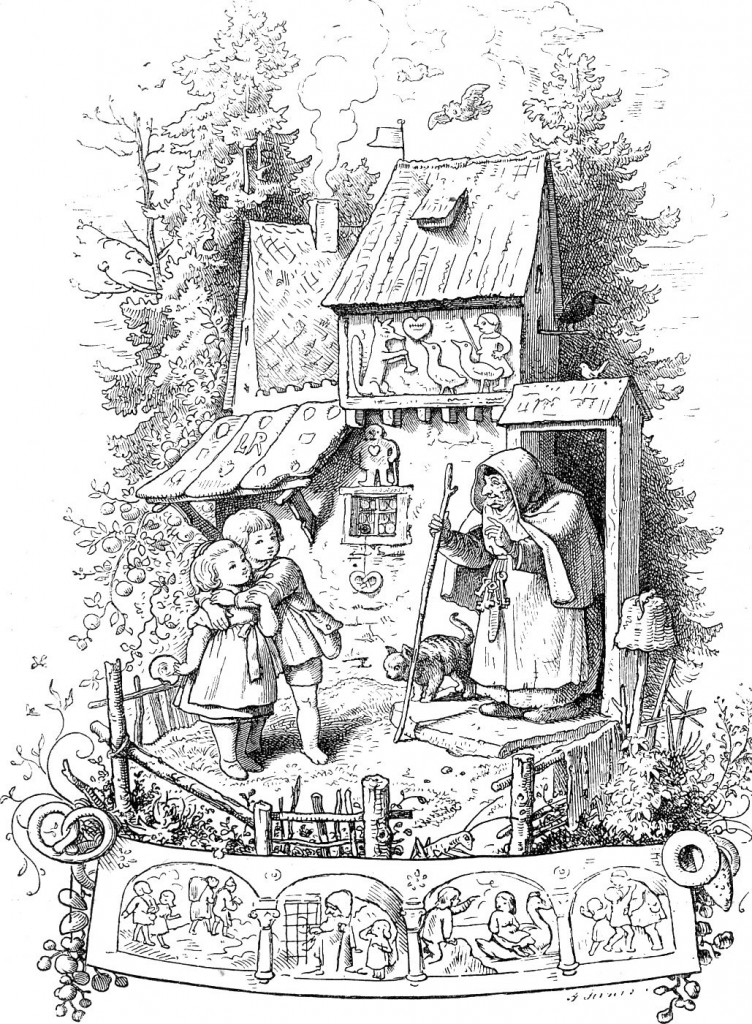 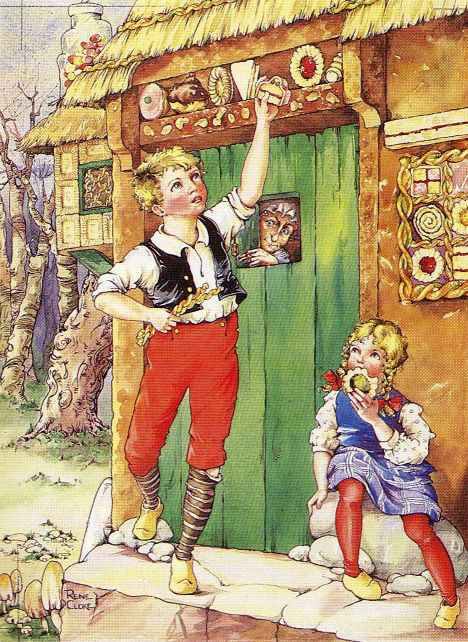 Ellen Turning Pages: Hansel and Gretel (Has some nice large scans of the book illustrated by Rie Cramer.)

A fairly in-depth discussion of Hansel and Gretel at Absolute Astronomy.