Lucian Freud is the grandson of Sigmund Freud, who is of course the founder of psychoanalysis.  Many of Sigmund Freud’s theories have been discarded in the last few decades, although personally I find his psychosexual development concepts fascinating, as much for their insight into the experiences of European children of the time as for the ideas themselves.  Lucian carried over some of his grandfather’s ideas into the realm of art, in the sense that his work is frequently a kind of psychological examination of his subjects.  He was less interested in portraying beauty than he was in laying bare the essence of those he painted, and sometimes his work is aesthetically offputting yet still curiously fascinating.  His style rests somewhere between Impressionism, Expressionism and Modernism. This painting is of Freud’s daughter Isobel or “Ib” as he called her. 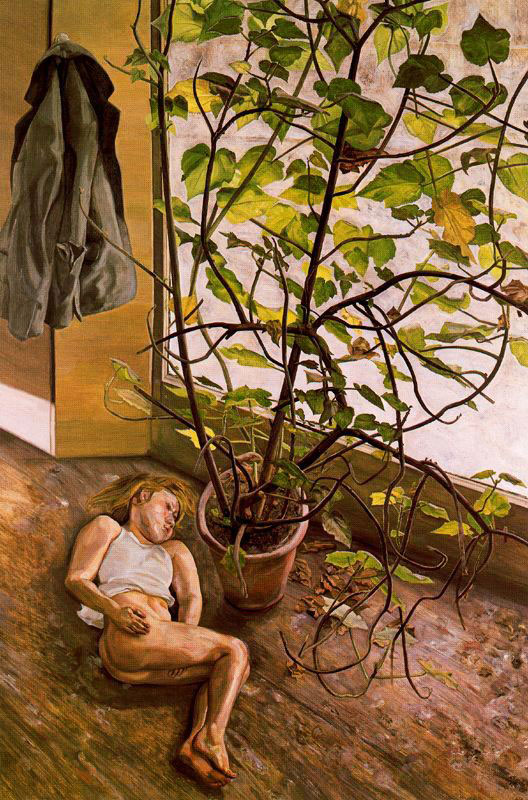