Our first ‘dark art’ image comes from James Ensor. Doesn’t this girl look creeped out by all the masks?  Ensor was a peculiar figure even by the standards of artists.  While his early work fit the late 19th century’s preference for realism, he was one of the first painters to embrace new styles and is even considered an innovator or forerunner of some of them, particularly Expressionism.  The following image is firmly in this mode, though by the time it was painted Expressionism was pretty well established as a movement.  Likewise, thematically Ensor’s work tended to focus on the grotesque; masks and skeletons were favorite subjects for his work, both of which held for him a deeply symbolic power.  As such, Ensor also fits fairly well into the Symbolist camp. 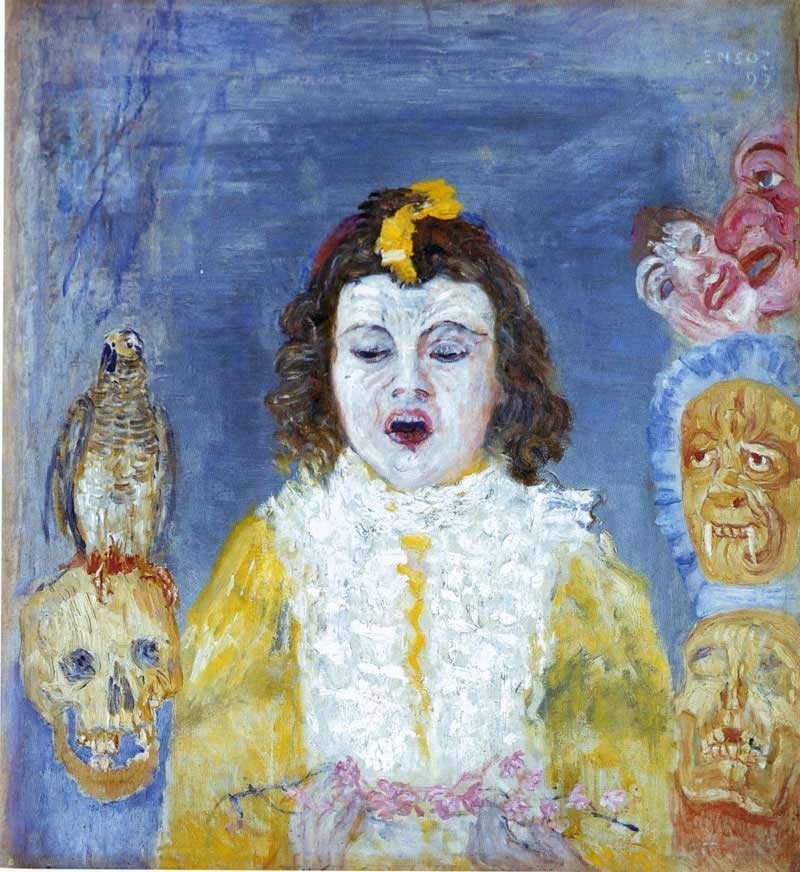