Angela Mia de la Vega’s sculpture inspires a feeling of joy. Looking at her work, adjectives like bright, dynamic, and exhilarating immediately come to mind, but it is much easier to give examples of her work than it is to describe them. De la Vega began sculpting in bronze in 1994, focusing her work on children, especially girls. De la Vega said “In the end, I want my work to be remembered as something that inspires and awakens tenderness of spirit—something within us that allows us to stop and appreciate the more important things like family and love.” 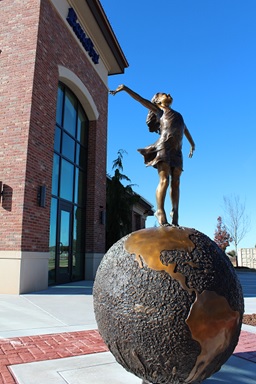 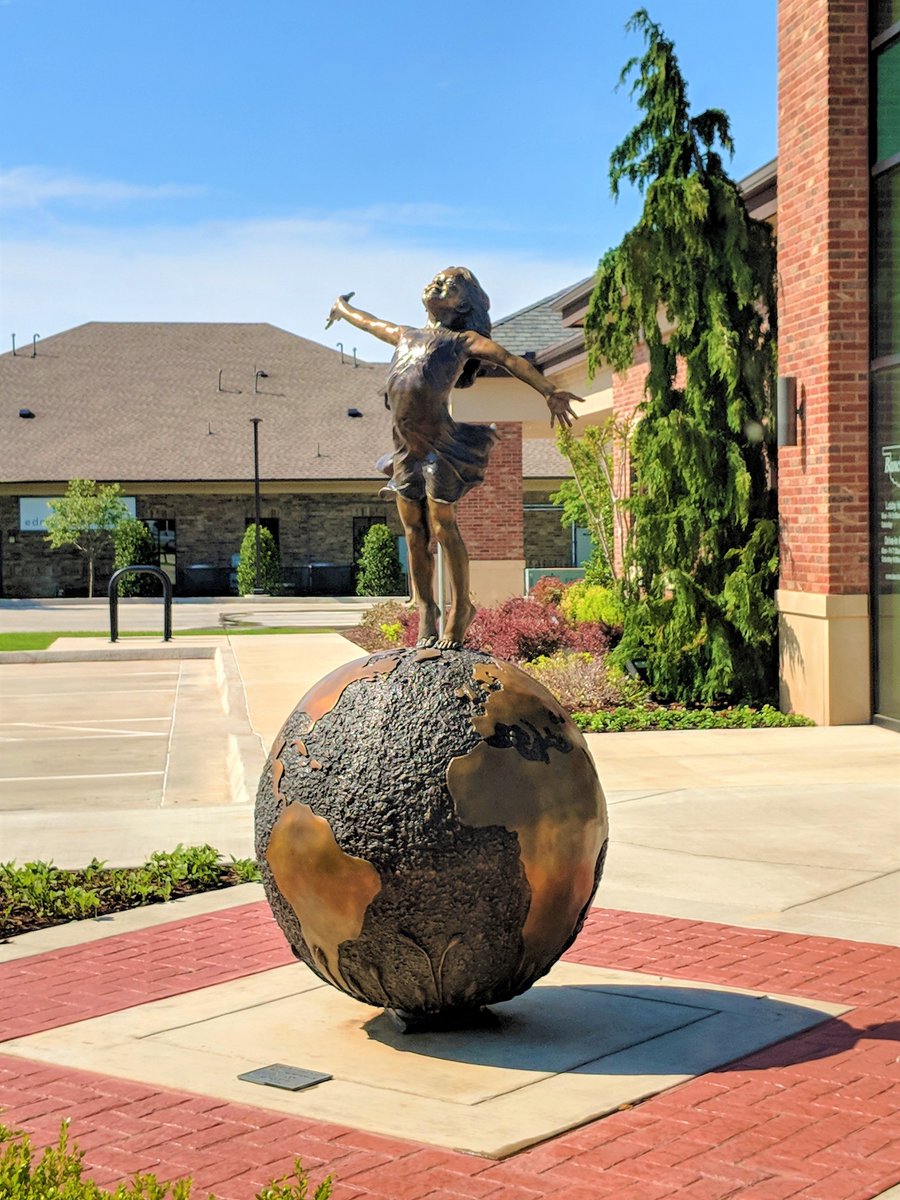 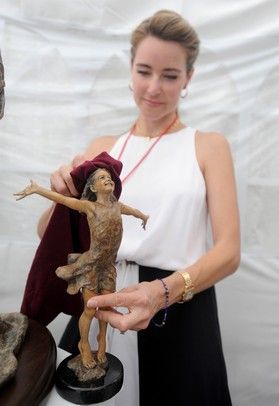 The first five photos feature De la Vega’s Joyful Girl, my personal favorite of her works. The first two show the girl literally, as well as figuratively on top of the world at the Banc First in Edmond, Oklahoma. 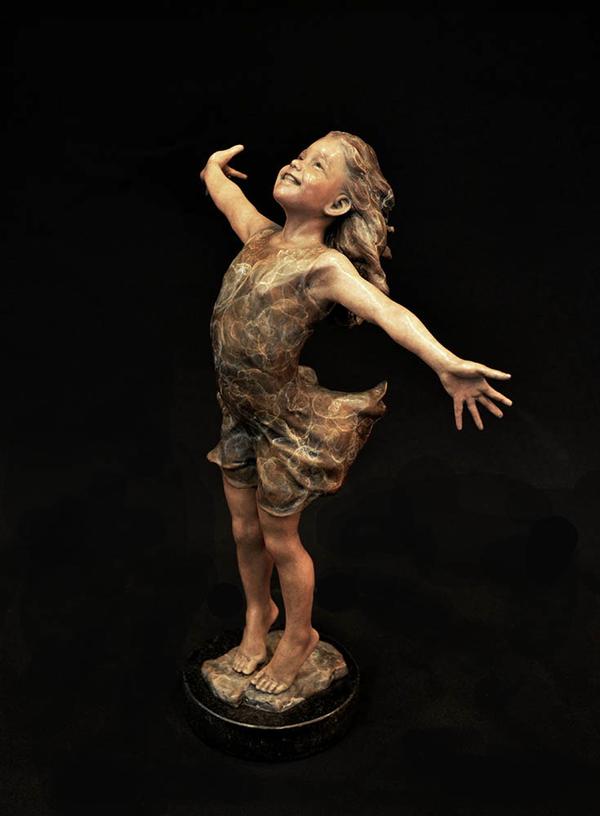 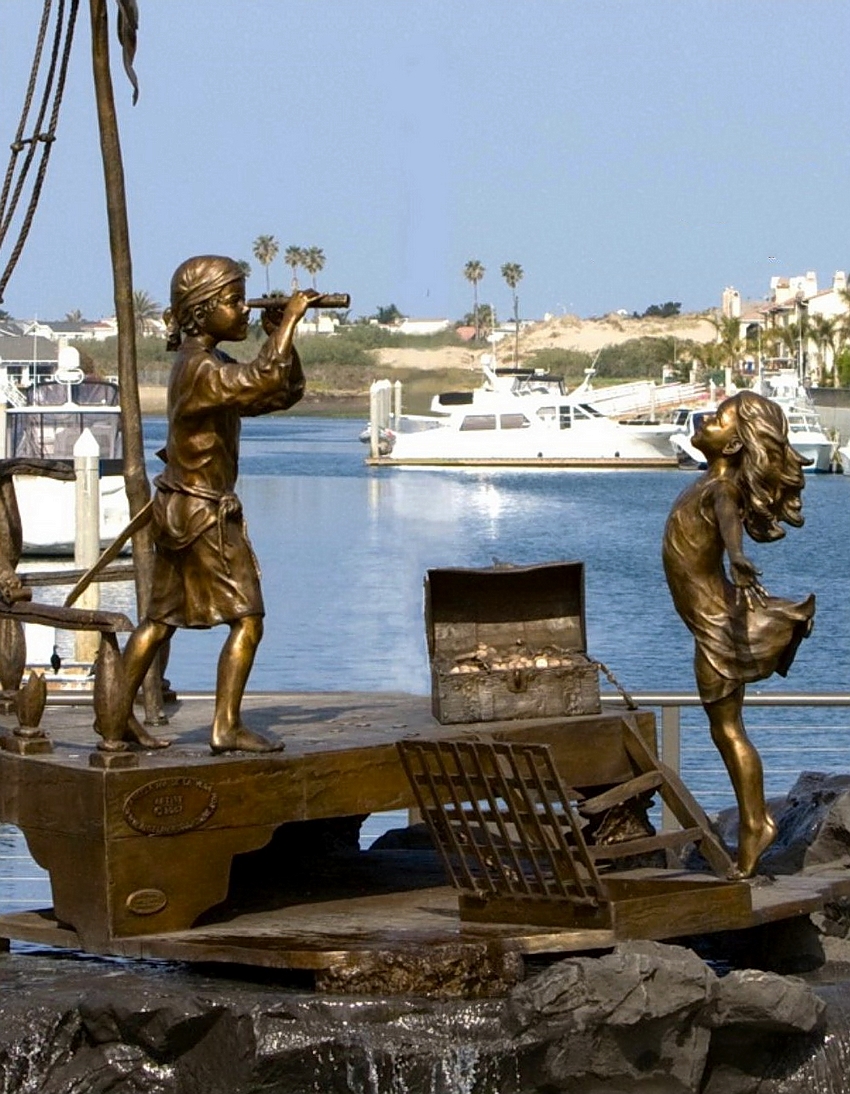 Tiny Dancer captures the grace and poise of a young ballerina in a realistic pose. Bloom, on the other hand, portrays a girl as a blooming flower. 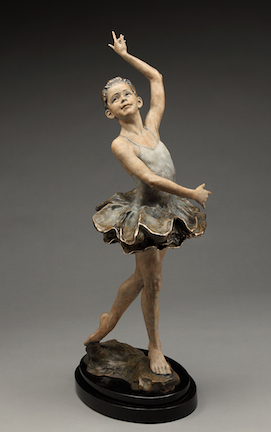 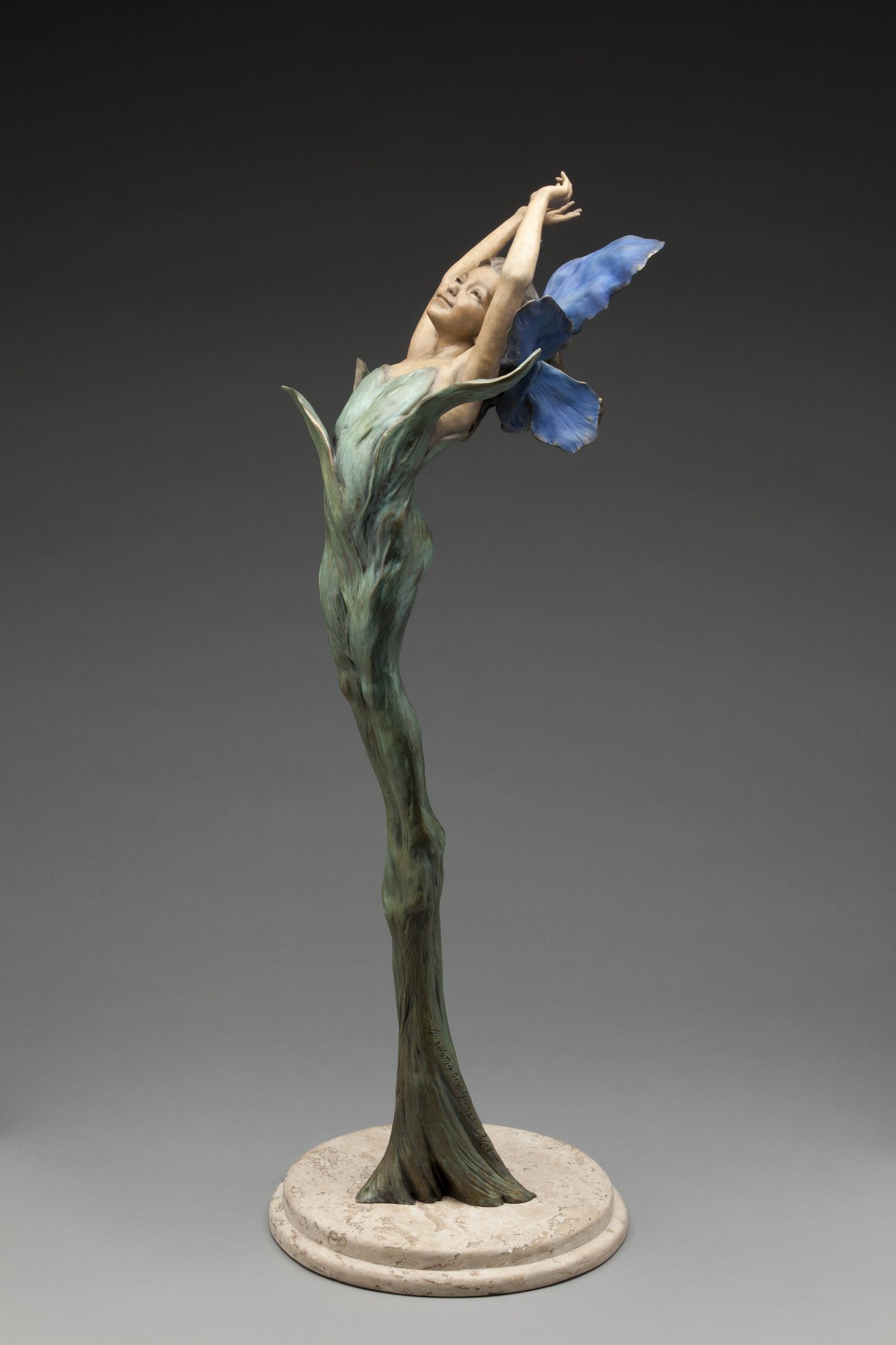 Two versions of Painting with Music are shown below. Sculpture acknowledges painting and music in a celebration of art. Note the squirrel and bird peeking out of the log. 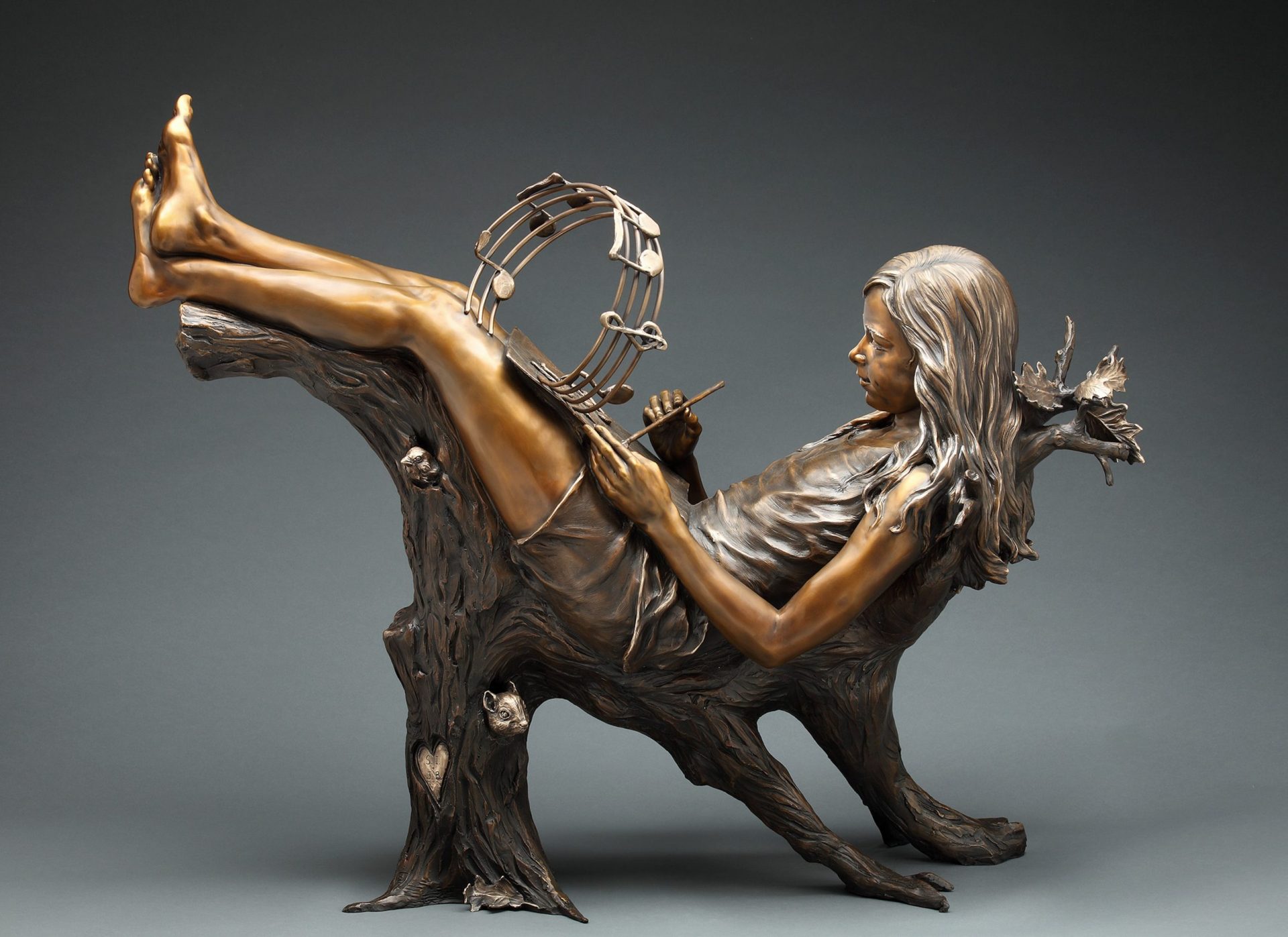 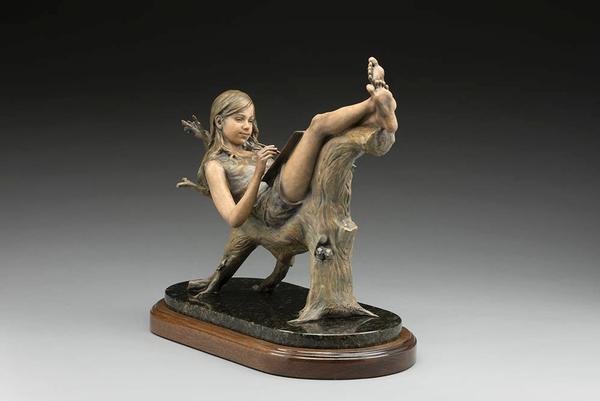 Angela Mia De la Vega said, “I sculpt compositions that tell love stories, either those of others or my own. I like to imagine this as a bridge of humanity that connects my heart with that of another.” This statement applies to all of her art. Four examples that I like a lot are Crowned Jewel, Pivotal Moment with Fox, Bon Temps Rouler, and Lift Her With Butterflies. The artist said about Lift Her With Butterflies that ” As a mother of two girls and one son, I see this sculpture as a celebration of the growth of our children as they are encouraged and loved by family and friends around them.” 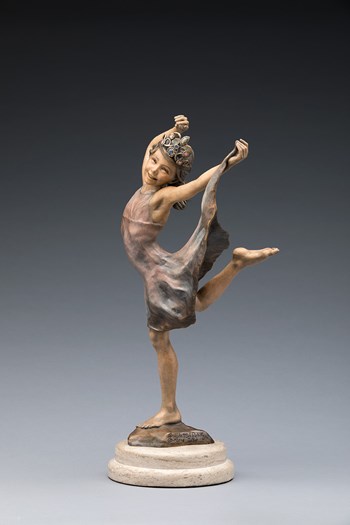 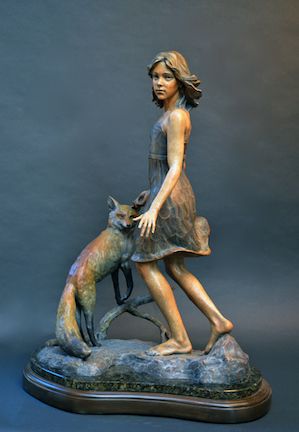 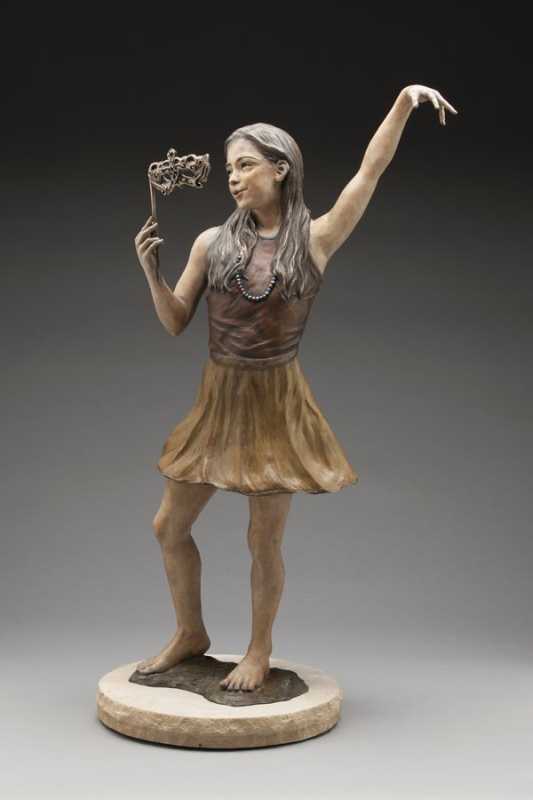 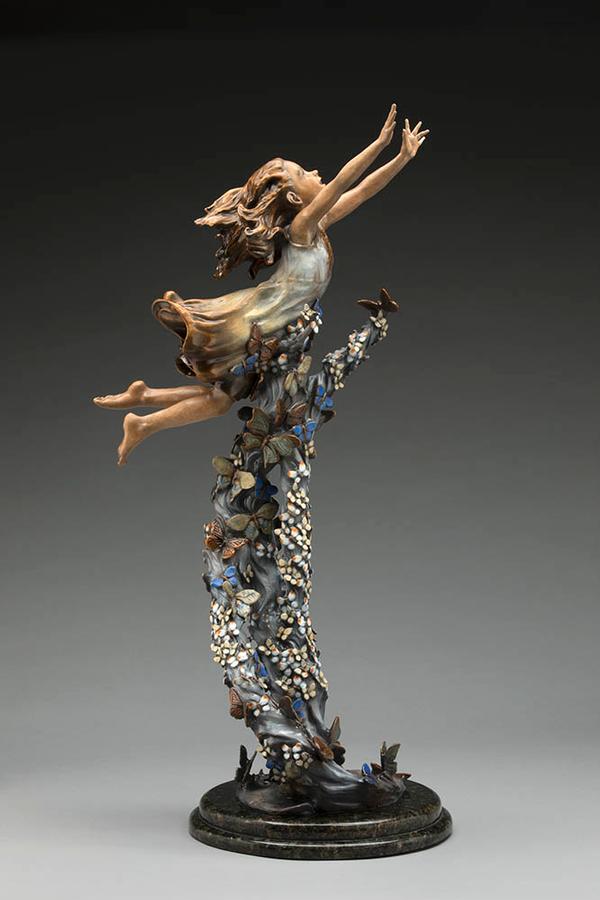 Sunshine Every Day was created at the early part of the COVID-19 pandemic. Before she decided on a career in art, De la Vega considered becoming a pediatrician. Angela said, “We are in this storm together, and our children are the Sunshine Every Day.” 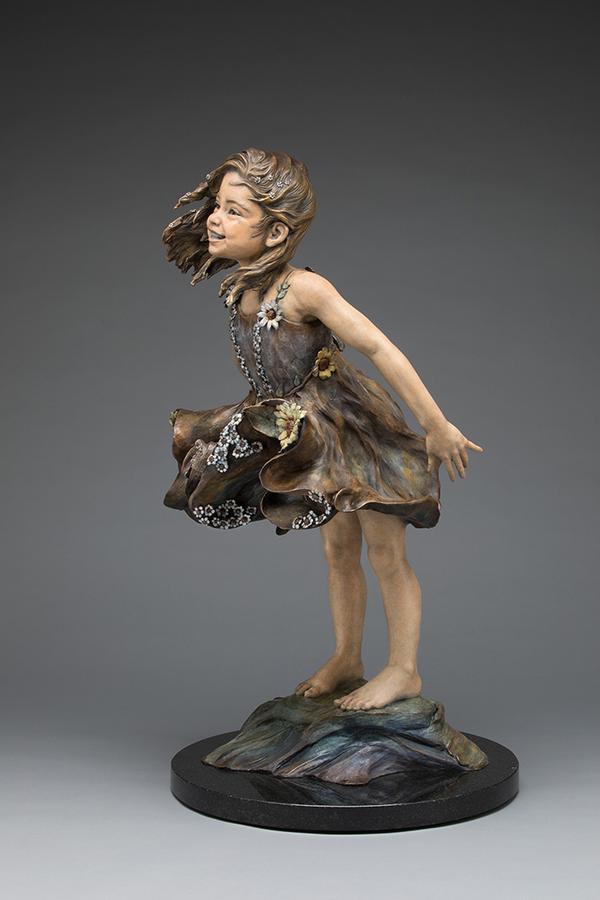 There Was A Little Girl With A Wee Little Curl was inspired by the rhyme:

There was little girl,
Who had a little curl,
Right in the middle of her forehead.
When she was good,
She was very good indeed,
But when she was bad,
She was horrid! 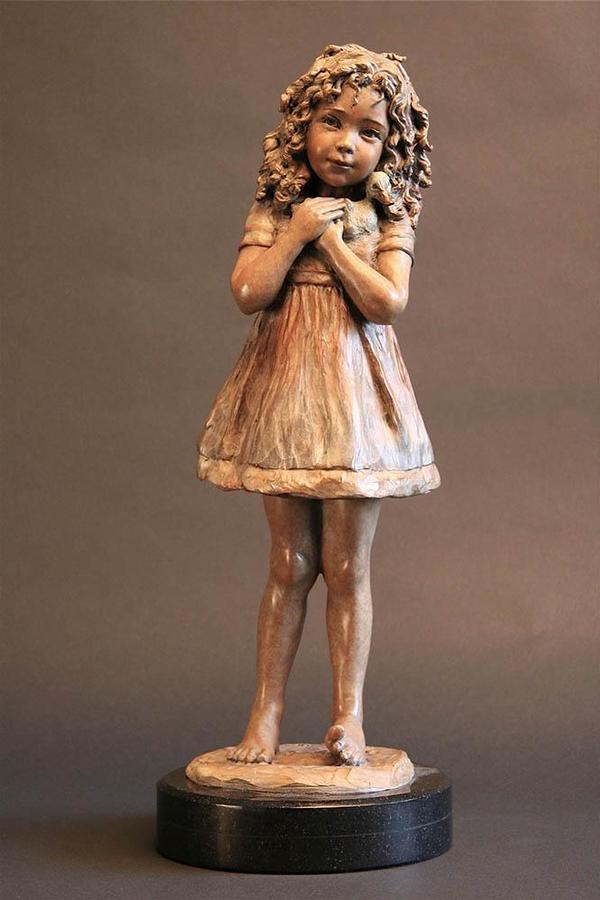 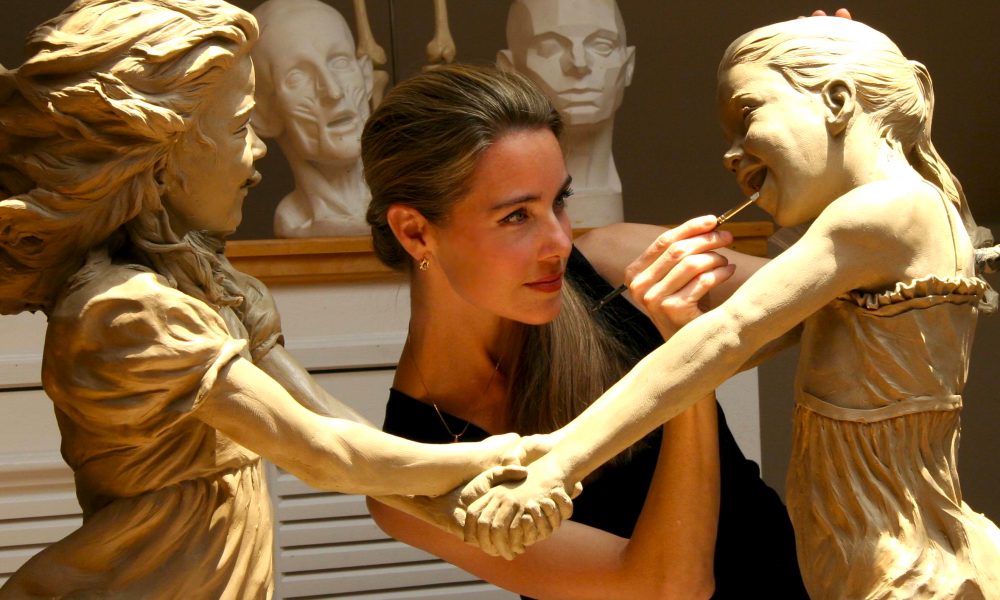