Alas, summer is drawing to close here in the Northern Hemisphere, but we have time to get one more of these in before it officially ends next Tuesday, September 22nd.  Let’s begin.

We’ll start with a video clip.  This is the opening scene from the German film The Baader Meinhof Complex, directed by Uli Edel. I won’t say much about the film itself, other than that it is based on a real political group that was active in Germany during the late ’60s and the ’70s.  You really should watch it.  The opening scene features the twin daughters of the Ulrike Meinhof character frolicking on a nude beach.

Our next piece is from a photographer by the name of Elliston Lutz.  I couldn’t tease out much information about him from the internet, but I know he generally shoots (mostly adult) fashion photography.  This piece probably comes from a fashion shoot, but I couldn’t tell you which one.  In addition to this lovely photo, there’s a short video Lutz shot a few years ago for Guess Kids featuring child singer Jackie Evancho along with some other children.  You can watch that here if you’re interested. 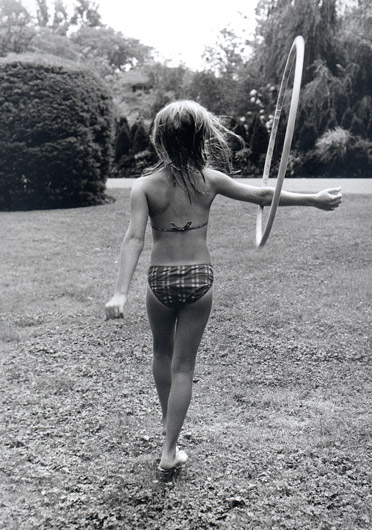 This next artist is one of my absolute faves, and I’ve featured his work here before, in the Bare Beach Babies series.  Joaquín Sorolla y Bastida (usually shortened to just Joaquín Sorolla) was a Spanish painter who specialized in Impressionistic beach scenes, mostly featuring children.  This one is aptly titled Summer.

Well, what would this series be if I didn’t post at least one image by Jock Sturges?  You’ve probably seen this one before—it is one of Sturges’ most iconic images, as it features his favorite model Misty Dawn.

Here’s another artist that’s appeared on the blog before, Russian painter Tatiana Deriy.  This piece references the fact that Greek goddess of beauty Aphrodite (and her Roman equivalent Venus) was supposedly born out of the sea.  That’s one of the creation myths surrounding her anyway.  There are actually several, but this is the one artists tend to gravitate to in depicting her birth. 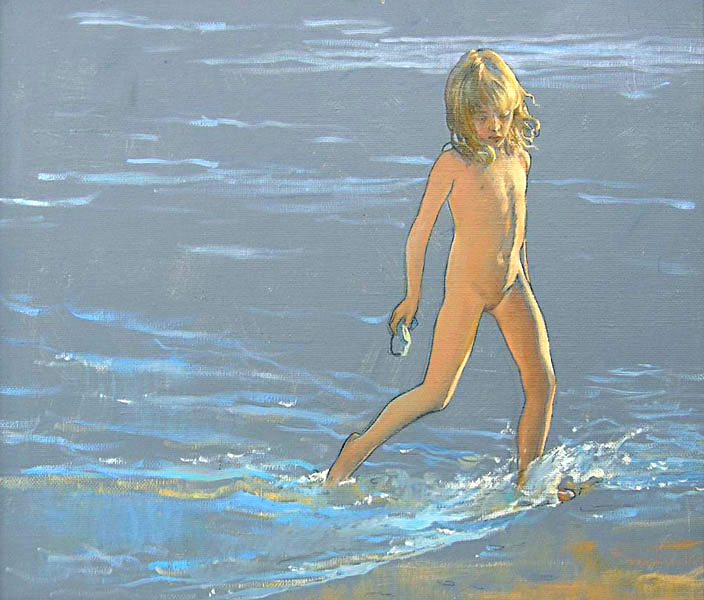 Here’s a photo by noted photographer George S. Zimbel.  The title, Space Babies, seems like an odd choice for a photo of children lying on the beach, but it was taken in 1959, the height of the Space Age, which kicked off in 1957 with the launch of the satellite Sputnik.  And these girls, dressed in their sunglasses and sleek swimsuits, were thoroughly modern kiddos of their time. 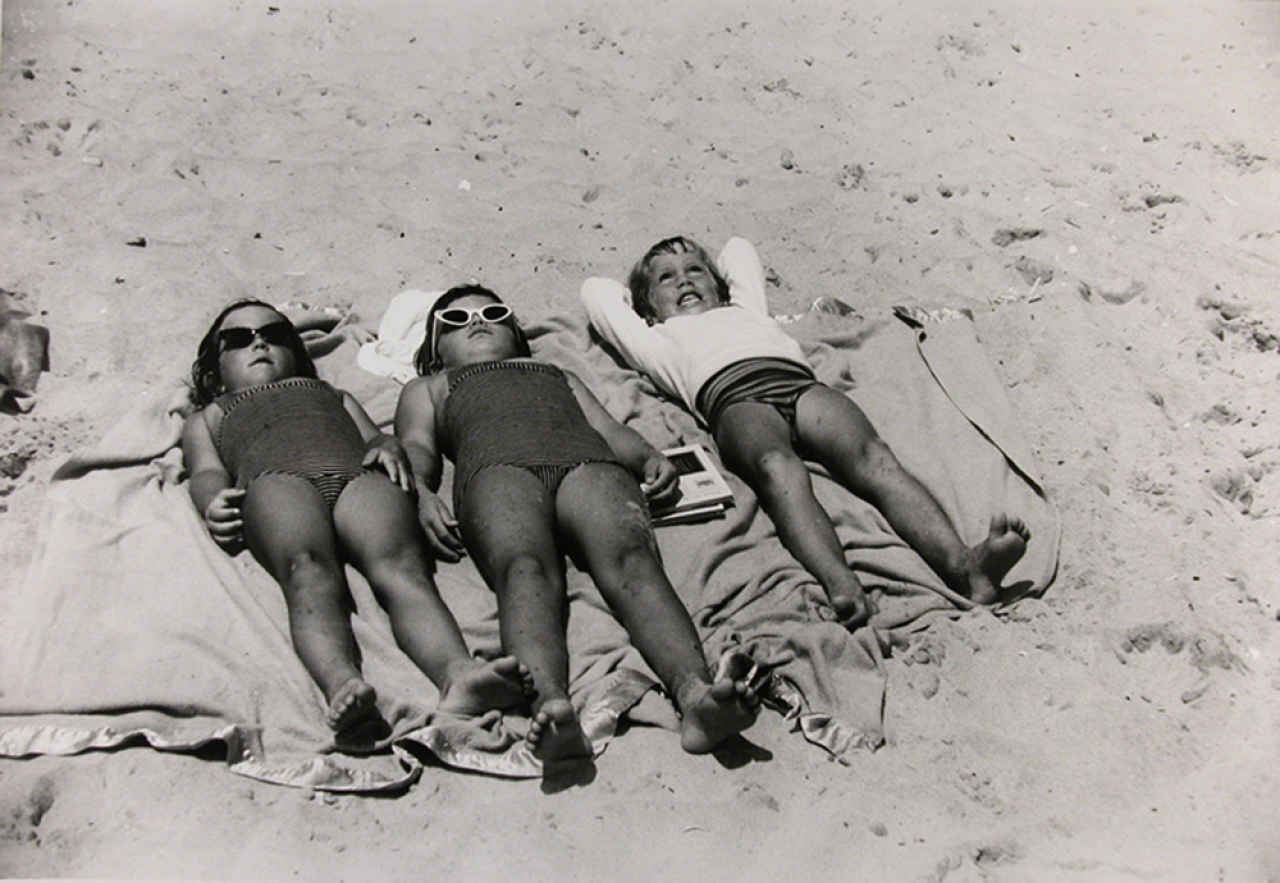 There weren’t really any closeup shots in the other two Girls of Summer posts, so I decided to remedy that by including this photo by Jorge Pérez Carsí, a Spanish photographer from Valencia.  Its title translates to The Summer Holiday of Angela.

Although it’s in black & white, this is actually a painting.  Carl Hans Schrader-Velgen actually painted many of these nudes in nature scenes, though usually he focused on adult women.  It’s unusual to see scenes of boys and girls bathing nude together, though they became more frequent as the twentieth century progressed. 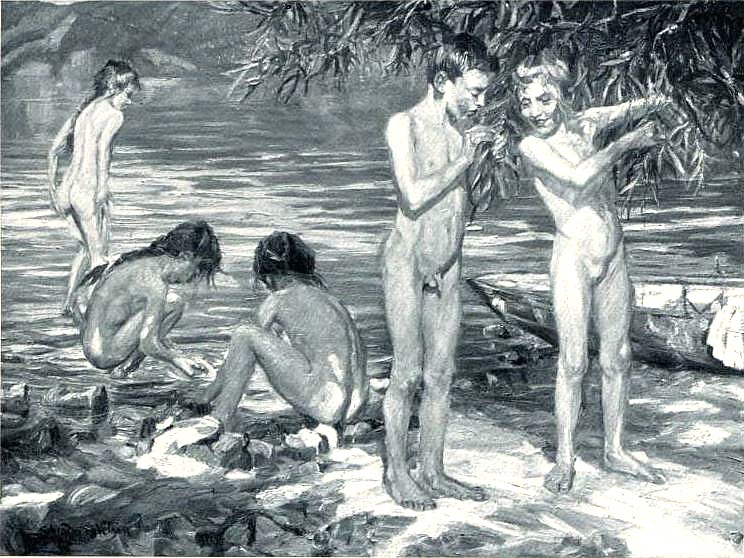 I actually included a photo by this next photographer in the last Girls of Summer post.  This little girl looks like she would love to jump into that nice cool water, doesn’t she? 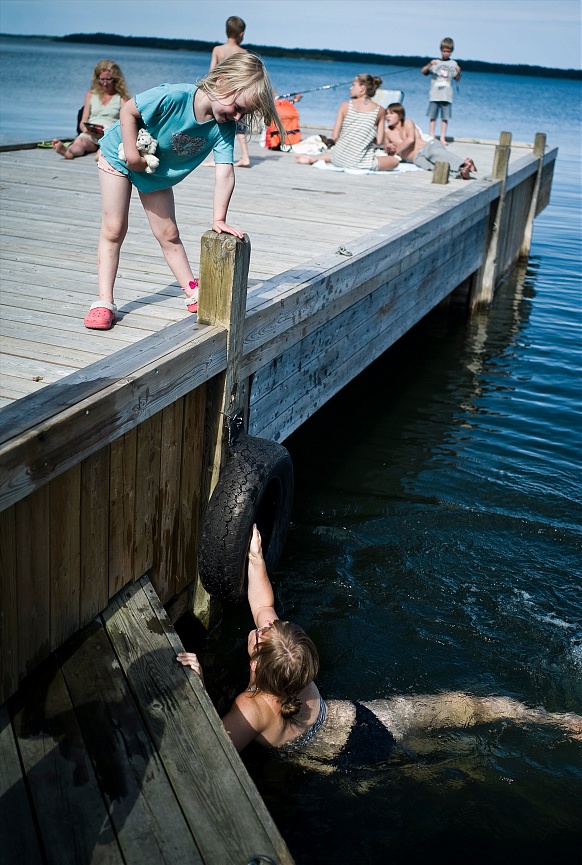 Jonas Elmqvist – Summer by the Sea

Our next artist, who goes by the online moniker Pretty, is a Russian photographer who utilizes some special effects in her work.  There’s something that calls to mind mythological or fantasy art in this piece. 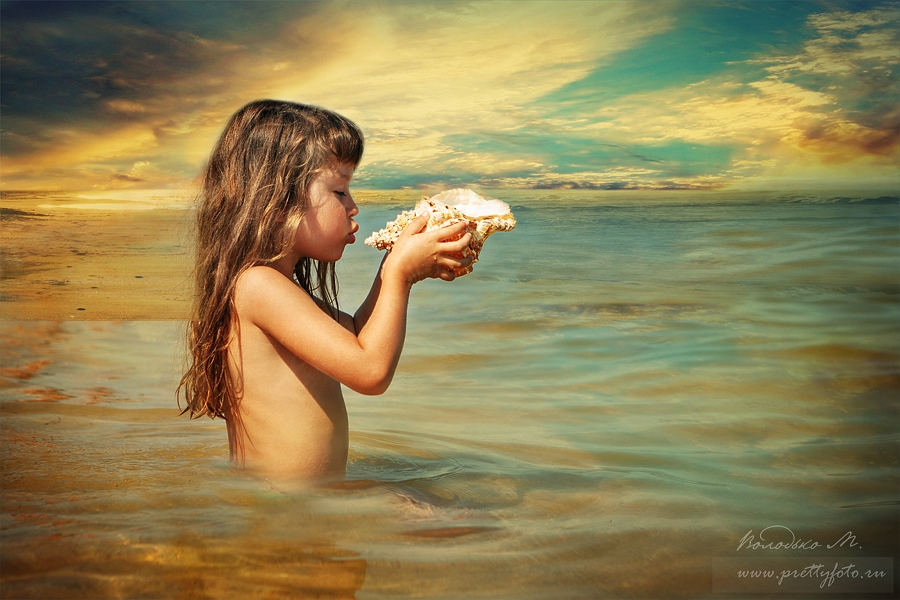 Pretty – The Girl and the Sea

Our next artist is painter Ariana Richards.  If that name sounds familiar, it should.  Richards is best known as an actress who appeared most notably as a child in the films Jurassic Park (as Lex Murphy) and Tremors (as Mindy Sterngood).  She still acts occasionally, but these days she mostly devotes herself to painting, at which she is quite talented, even winning awards for her work.  As an adolescent she occasionally did some modeling too, even appearing in a Japanese magazine. 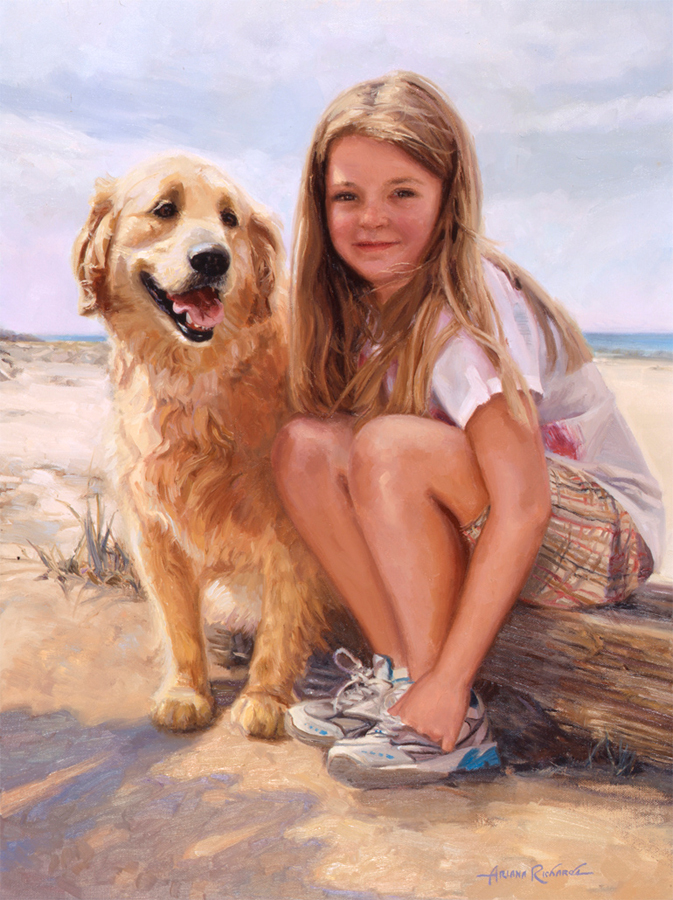 David Hurn is an English documentary and celebrity photographer of Welsh descent.  Miners’ Week (a.k.a. Miners’ Fortnight) was an event in which miners and their families would descend on the peninsula of Barry Island off the coast of South Wales during a certain time every summer, packing the beaches.  You can see more photos and read a bit about it here. 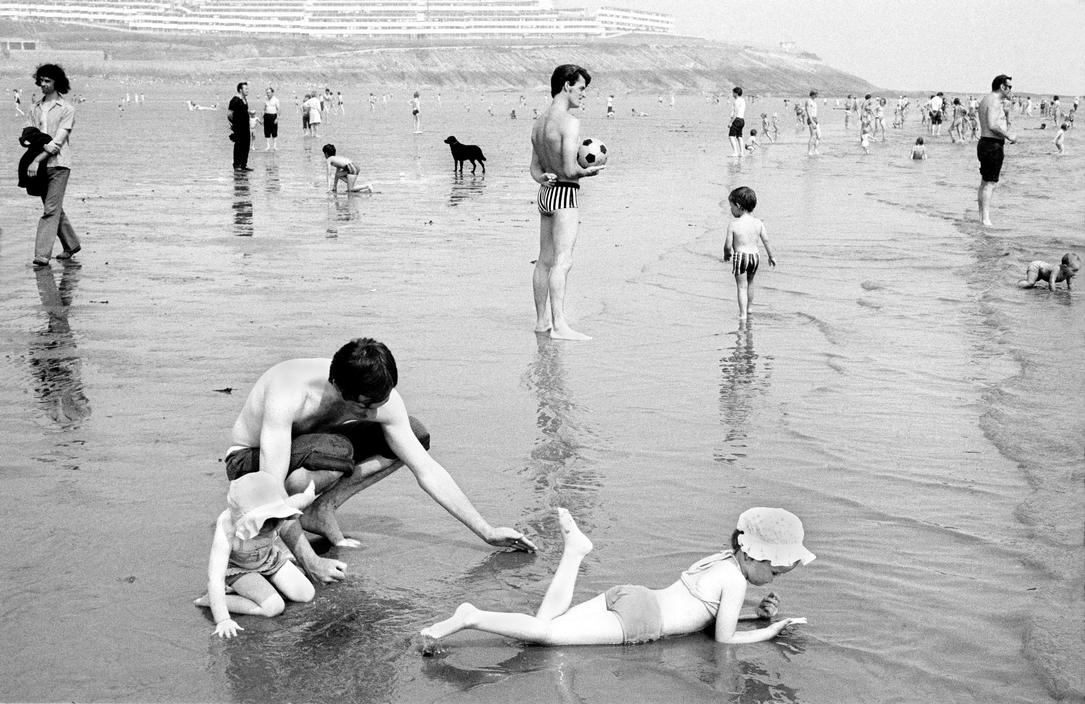 Sven L. is a photographer who is fairly well represented on the web, so it’s odd that he never includes his last name.  I suppose it’s a privacy issue, but whatever the case, he has lots of lovely photos of children—girls mostly—and will certainly be featured here again.  I’m including two of his photos here.  I particularly like the first photo, in which the girl is wearing a filmy translucent shift or slip (and apparently nothing beneath).  I would love to see more images of the girl in this costume—it very much reminds me of the fairies and maidens that appeared in artwork of the late nineteenth and early twentieth century.

Sven Leisering is a German photographer and many of his images are of his own daughters. 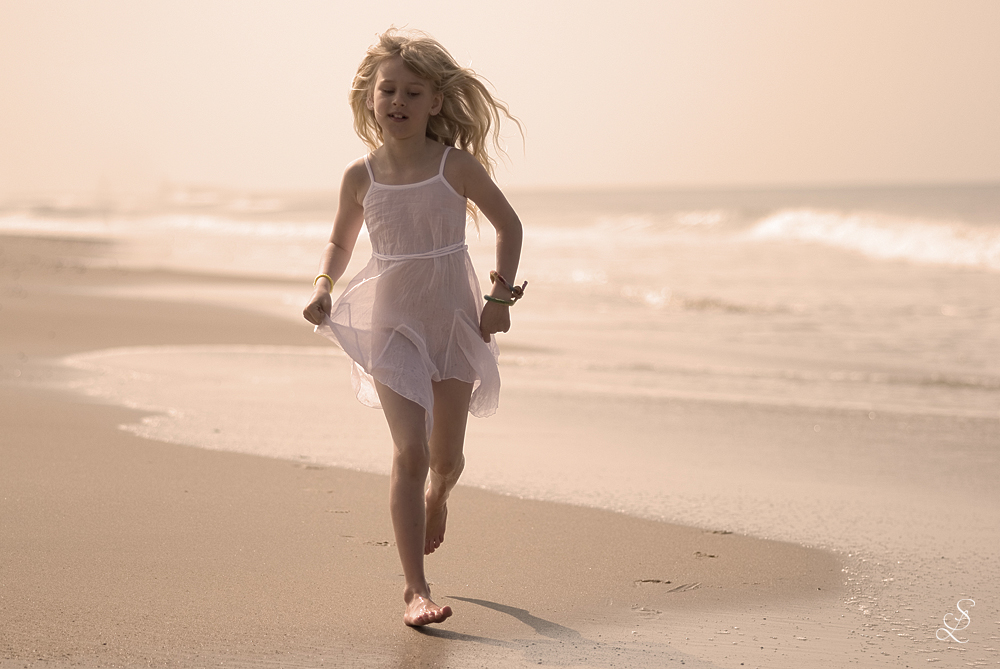 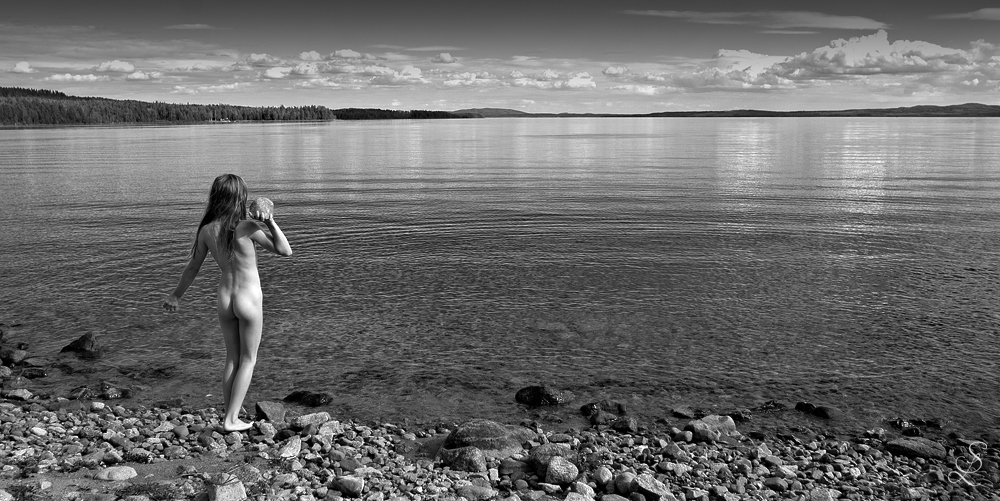 The girl who appears in this next painting is a little older than what we ordinarily would post here, but I quite like this painting and just had to share it.  It is by French Symbolist and Orientalist painter Armand Point.  I particularly adore the girl’s hair.

Here is a photo by Russian photographer (of course) Yanina Arkhangelskaya.  I could not trace this one back to its source unfortunately, and there seems to be nothing else about the artist online.

Information on this artist is indeed sparse but a few images can be found here. 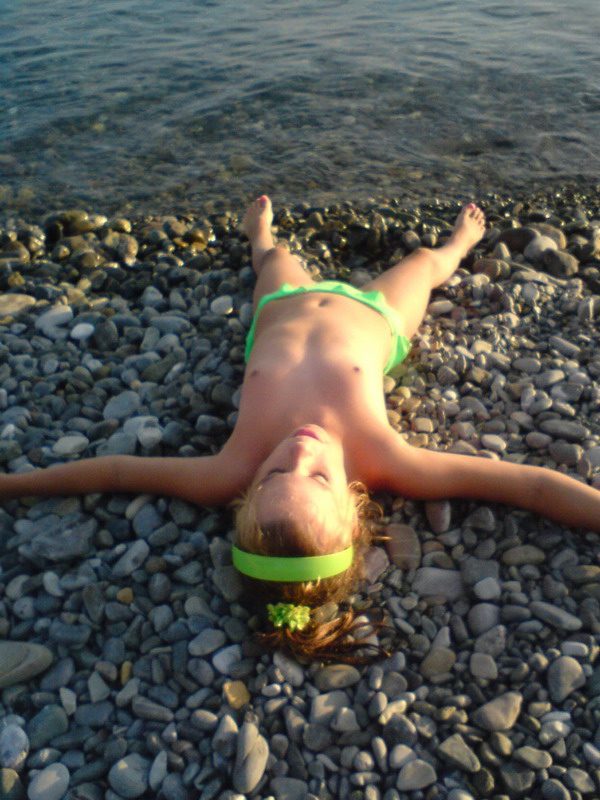 Another Russian photographer, Vadim Petrakov, was a bit easier to find.  He has done quite a lot of work for the stock photography site Shutterstock.  Of course, this image did not come from there.  I also have another photo of these siblings by the same photographer, but I liked this one better.

This photo appears on PhotoSight here and his user account is here.  He also has a Photoline account. 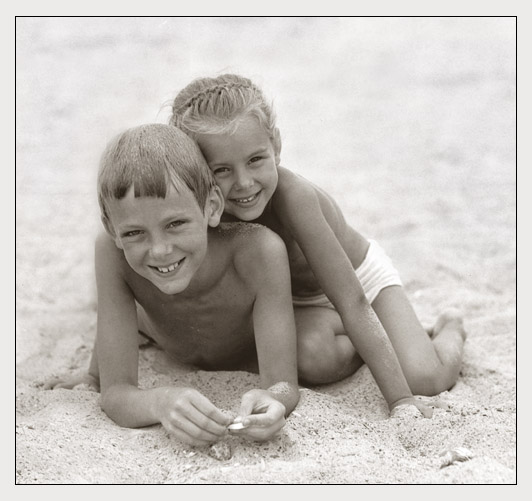 Annie Cassez is a French painter and illustrator.  I actually think she’s a better still life painter than a portraitist, but I do like this piece. 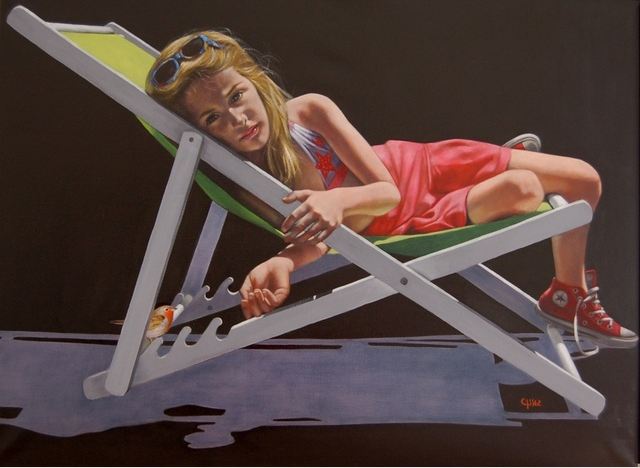 Laimis is probably another photographer I discovered on a Russian photography site, but who knows for sure?  I could find nothing else about this artist online.  What I like about this photo is the children’s well-defined musculature.  These are kids in their prime for sure.

This image appears on a controversial Russian website called Imagesource.  The rhetoric has it that it is really a pornographic website pretending be another Flickr.  Be that as it may, Laimis simply shoots in the style of street photography and has an interest in subjects (mostly boys) he finds on the beach.  This user has 30 albums with this account. 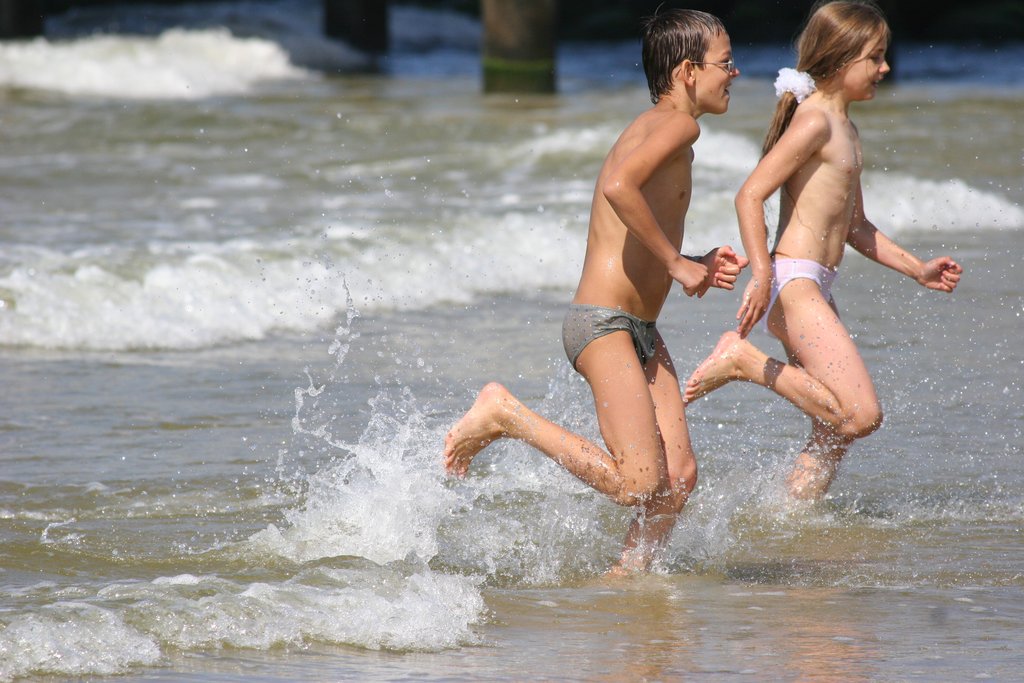 Here’s the final piece, and yep, it’s by another Russian photographer.  Her name is Oksana Tseatsura, though she occasionally goes by Sana.  This photo is titled, appropriately enough, The Last Summer Day.  And that’s it for our Girls of Summer!  Well, for this year anyway . . . 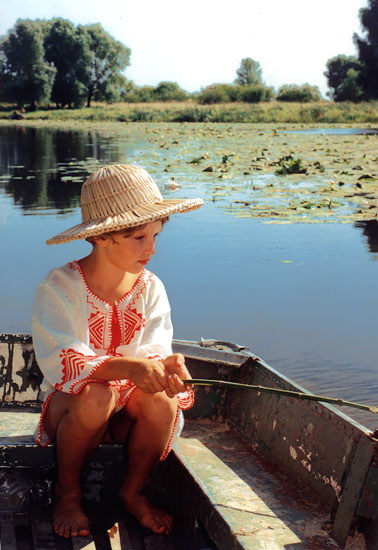