A reader shared this image presented in a Sotheby’s auction. Since Pip was more familiar with the use of mythological characters in art, I discovered that he had already given me the same lead a while back. You can see other angles to this sculpture using the link above.

Emanuele Caroni (b1826)  worked in Milan as the student of Vincenzo Vela and subsequently in Florence under Lorenzo Bartolini. He was politically involved in Italy’s 1848 struggle against the Austrians before settling permanently in Florence. The medium with which he showed exceptional skill was marble and a number of his works are now in prized collections. He combined the subject of a child with animals at least one other time in Triumph of Love over Force which depicts Cupid seated on a large, docile lion. 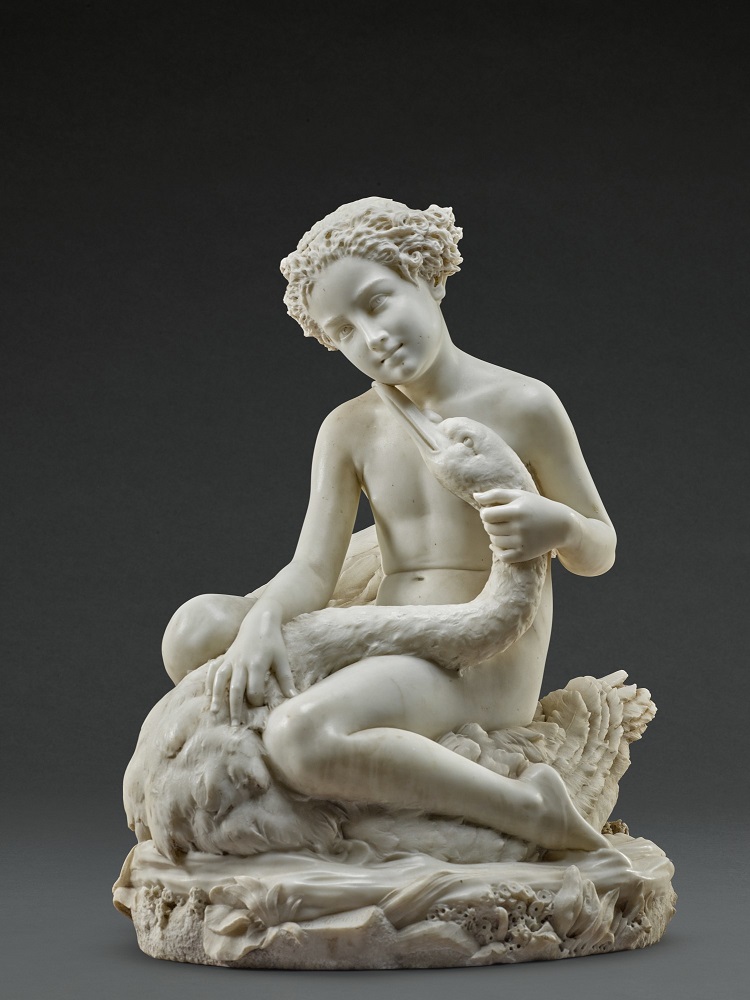 In the Greek myth of Leda and the Swan, Zeus, in the form of that majestic bird, either rapes or seduces Leda, and she was impregnated with twins. It is common with classical painters to depict Leda in mid-coitus with the swan (one of the few examples of classic art where it was permitted to do so) or with her four children, usually with the broken eggshells of Zeus’s offspring. According to Pip, Caroni’s choice to depict Leda as a prepubescent girl with the swan between her legs was unusual for the time and seems mildly shocking today. But it isn’t exactly unprecedented to depict Greek and Roman mythic characters as children, complete with sexual subtext that most people of the time period would have been familiar with.