Christian has been sharing a number of interesting leads lately. I have to say that the Google image search algorithm is improving with the help of artificial intelligence (AI). That means that even though the original image was unidentified, I was able to get some detailed information. 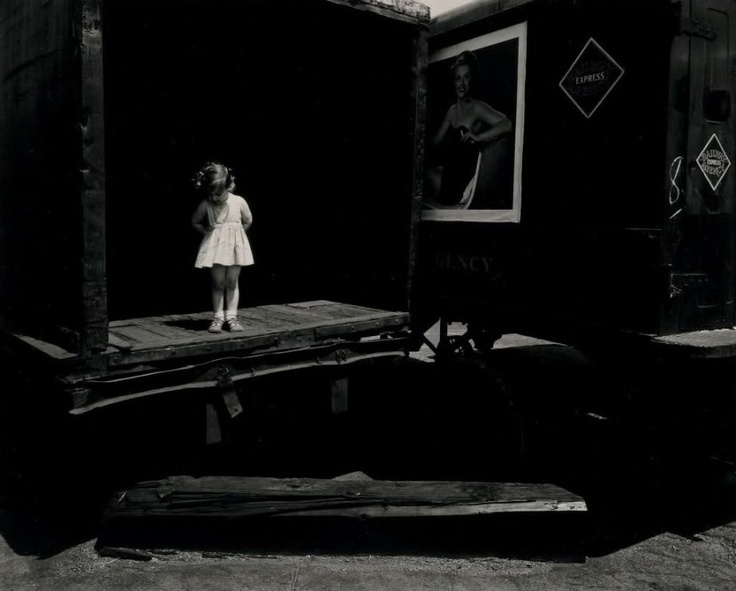 Harry Callahan (1912–1999) was an American photographer and teacher. He was considered one of the 20th Century’s great innovators and technicians of black & white photography, He demonstrated a fluidity in moving between seemingly disparate subjects: still life, portraits, landscapes, urban scenes, architecture, street portraits and even abstract experimental double-exposure effects. He frequently photographed his wife and daughter who were an integral part of his art. For example in this photo, the choice for Barbara to wear a light-colored dress would have been deliberate given that she would be shot against a darker location. Personally, what is so compelling about this photo is capturing a girl’s moment of contemplation while the careful choice of backdrop adds a more complex texture and provides visual engagement.