Mabel Lucie Attwell was born on the 4th of June, 1879, at Mile End, London, to Augustus and Emily Ann Attwell. The artist was always interested in drawing and had created a large collection of images by the time she graduated from school. Therefore, she thought that she may be able to sell some of her drawings to supplement her income. She approached an agency for artists who, though sceptical about the sale-ability of the drawings, took some of them. Within a month they had all sold and the agency was asking for more. Soon she was completing enough work, for various publishers, to live on and pay for her study fees.

Attwell spent five years studying art, first at Heatherley’s School of Art, then at St. Martin’s School of Art. The artist failed to complete either course as she had little interest in classical drawing and their other teaching styles, instead preferring to draw from her own imagination. The lack of qualifications did not prevent her from receiving illustrating contracts and was soon commissioned by W & R Chambers to illustrate a series of books. The first was entitled That Little Limb, written by May Baldwin and published in 1905. The image below is a drawing from this book, which when compared with her later illustrations is noticeably different both in style and skill. 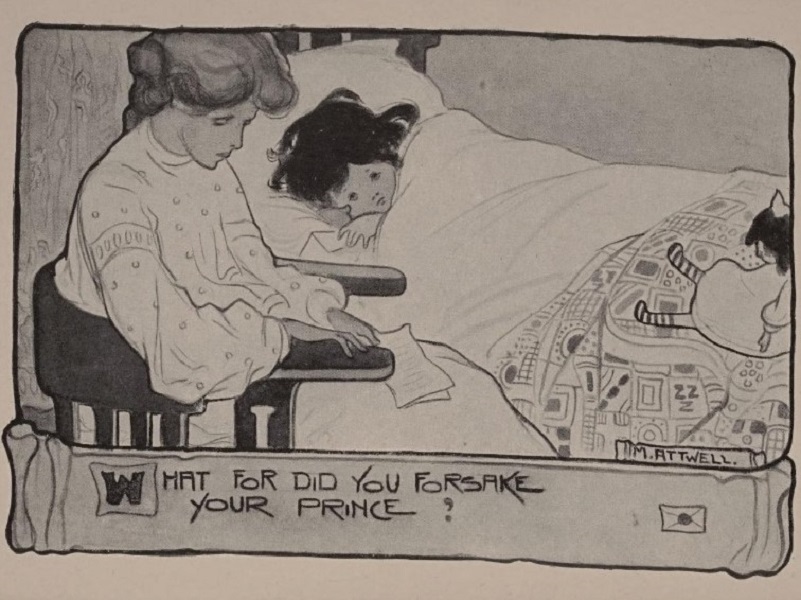 Mabel Lucie Attwell – What For Did You Forsake Your Prince (1905)

Whilst studying at St. Martin’s she met Harold Earnshaw, whom she married in 1908. Through her husband’s contacts she came under the management of Francis and Mills, in 1910, and because of their extensive industry contacts and professional handling of her work she was always in demand. Her new managers expanded her work into new areas, which included poster, advertisement and magazine illustrations, with commissions for book work ongoing. The artist’s most recognised book illustrations appeared over the next twelve years; among these titles were Alice in Wonderland, The Water Babies, and Mother Goose. So desirable were her drawings that J.M. Barrie insisted that his publishers approach her and ask her to illustrate a gift book edition of his story Peter Pan and Wendy. The book went on to become a best-seller; the illustrations were some of the most detailed and artistically proficient drawings of her career. Barrie was not the only author to request that Attwell specifically illustrate a book; Marie, Queen of Romania, also requested her services. She provided drawings for two of Marie’s books entitled Peeping Pansy and The Lost Princess. 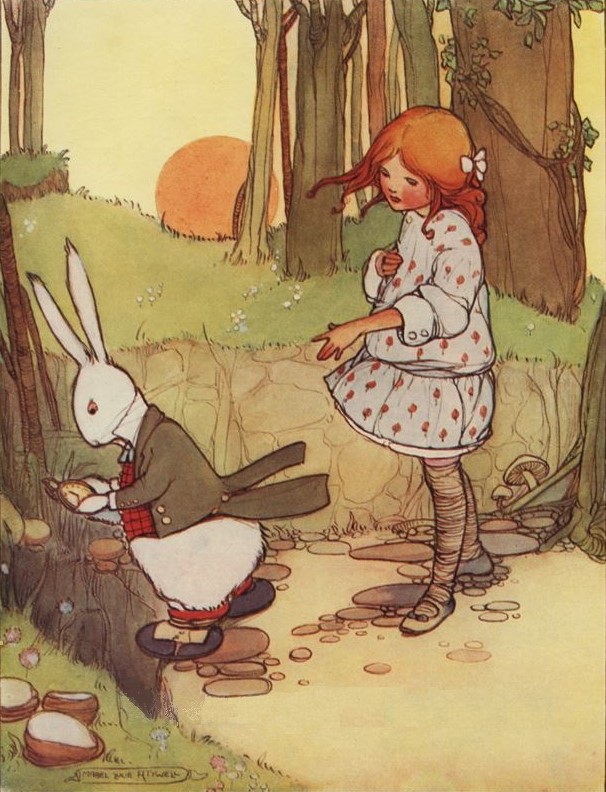 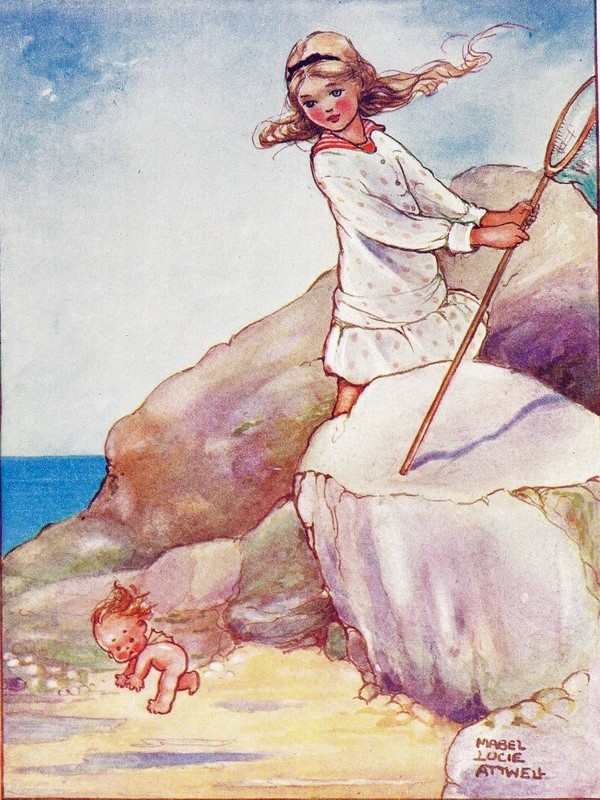 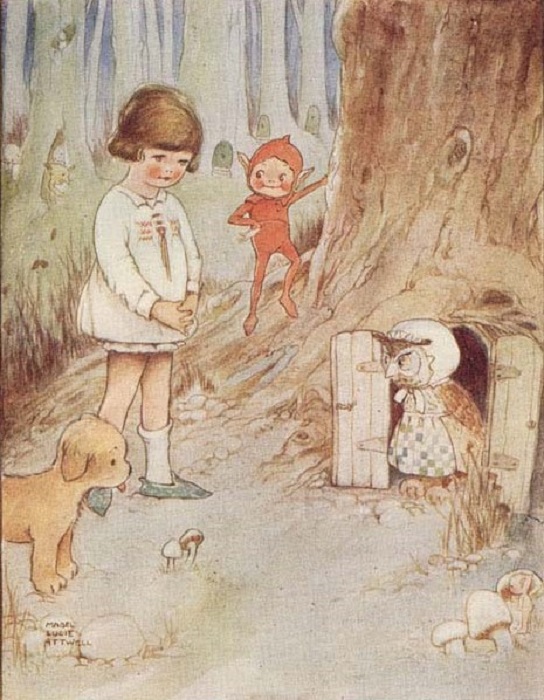 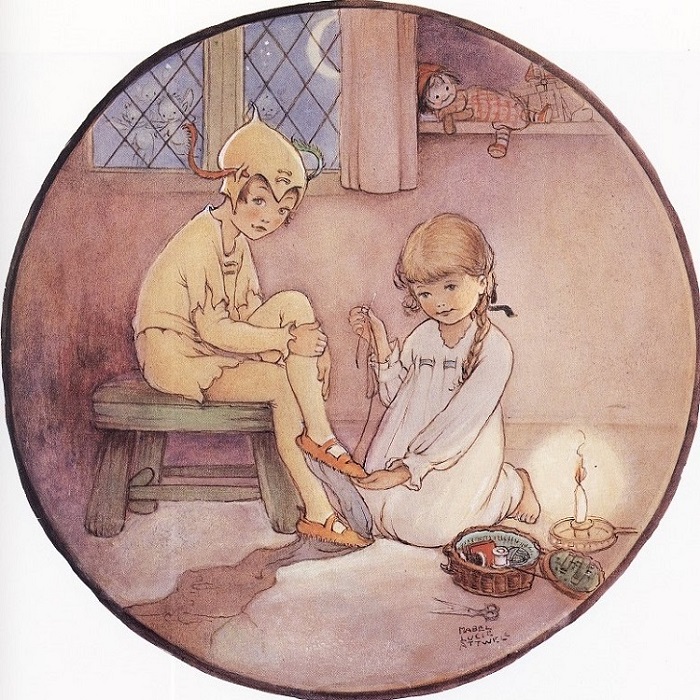 Mabel Lucie Attwell – I Daresay it Will Hurt a Little (1921)

Many book researchers find it difficult to date books from this period since the date was not usually printed in them. However, Attwell has unwittingly provided another method for dating her works. In many of her books the artist would write a dedication to her children as well as draw an image of them, which corresponded to their current ages. For example, below is the frontispiece to The Water Babies. Taking into account that Marjorie was born in 1909, Peter in 1911 and Brian in 1914, it can be assumed this book was published in 1915. 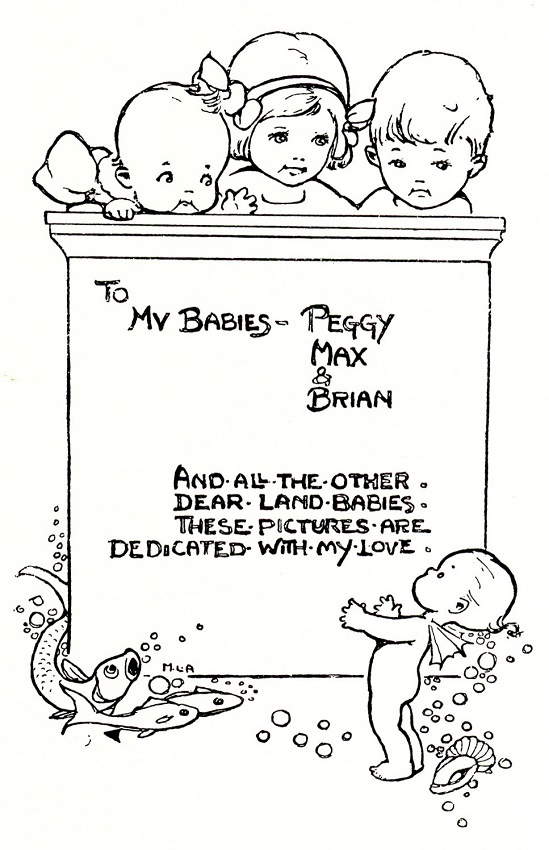 In 1911 the illustrator began producing images for Valentine and Sons, a relationship that continued for the rest of her working life. During the 1920s she was producing twenty-four postcards a year for the company. In addition, other drawings were created for their greeting cards, calendars, jigsaw puzzles, plaques and booklets. The Valentine and Sons’ postcards became some of her most sought after as well as best-selling products. Her publishers reported that one design could sell half a million copies each month and they were sold globally. 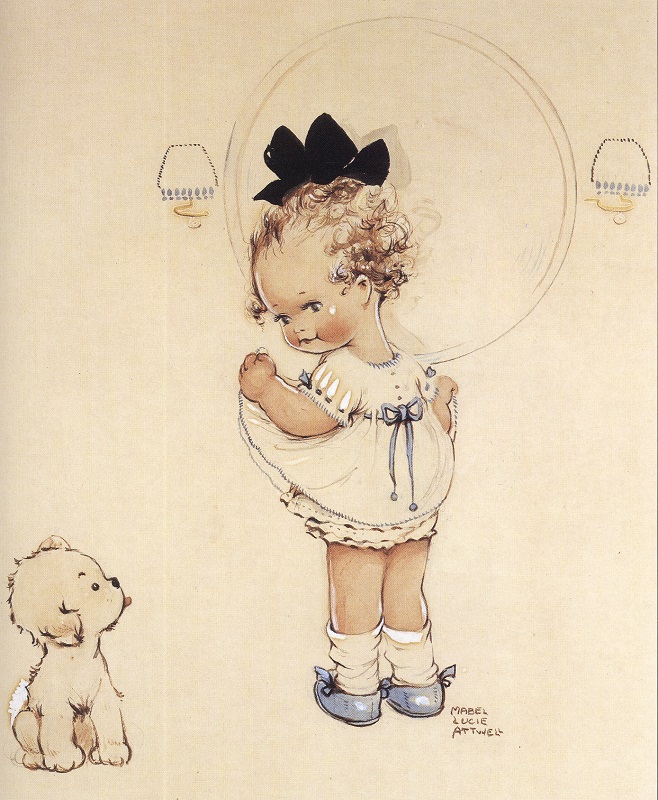 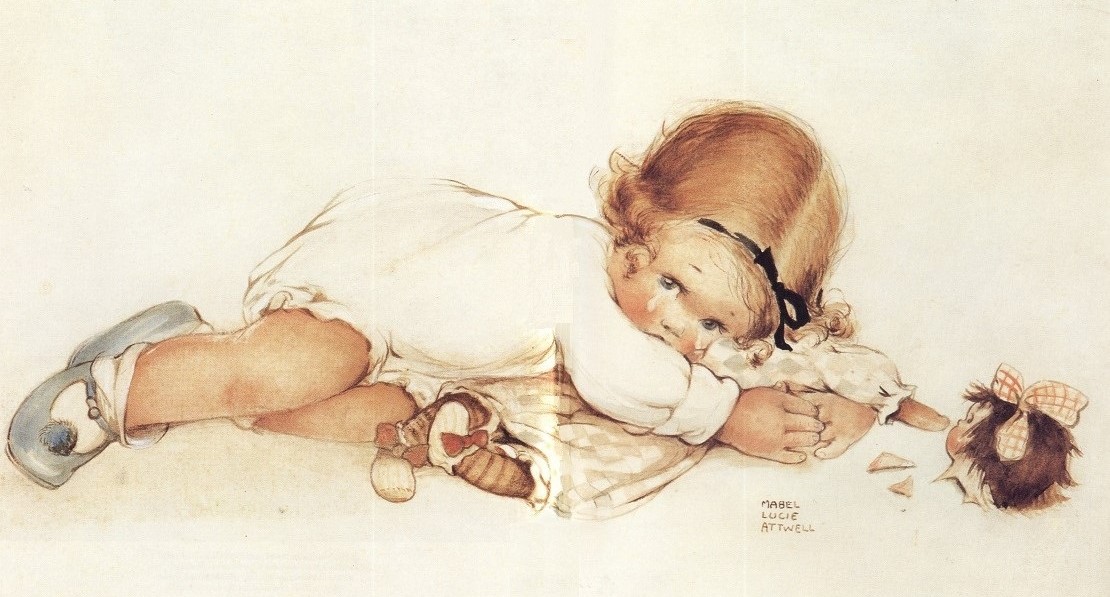 The commercial success of Attwell’s images was multifaceted. First there were her subjects: most of her images featured toddlers and young children and the appeal of childhood innocence made the images hugely desirable. Secondly the subjects were often portrayed in a sentimentalised way, which was a style that was hugely popular during the 1920s and ’30s. Additionally, the artist was highly professional when creating her works, often discarding several captions as inferior until she found one that she considered perfect and then created the image. Finally, when producing a design for a postcard she would design it specifically for an adult audience. The images would commonly feature the children in, or talking about, adult situations. I have frequently seen the artist describing this: “I see the child in the adult, then I draw the adult as a child …” which simultaneously sweetens, or makes more tolerable, what would normally be a controversial caption, while also making it somewhat humorous. 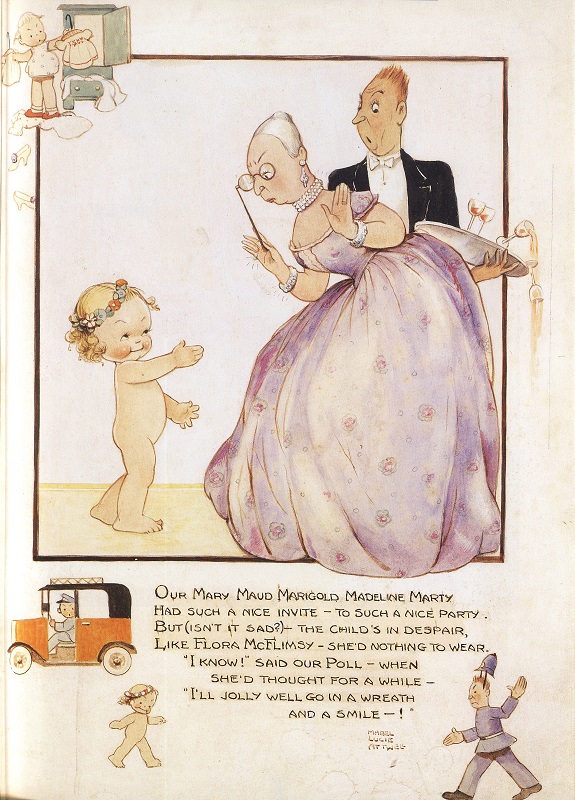 In 1922 Cyril Gamon, a publisher, approached Attwell with an idea for producing a children’s book. She accepted and the resulting book The Lucie Attwell Annual became another of her hugely popular products, so much so that it was produced, through reuse of previous material, for a further ten years after her death. During this time it went through several name changes and publishers, which is a matter of confusion for new collectors. The original name was only used over four years, from 1922–26, then it changed titles to become Lucie Attwell’s Children’s Book, until 1932 when Dean and Son’s took over publication and changed the name to Lucie Attwell’s Annual. The drawings that appeared in this book were more simply drawn than her others, largely because the audience had no interest in image quality and it made production many times quicker. The artist drew all of the annual herself and wrote many of the stories and verses. 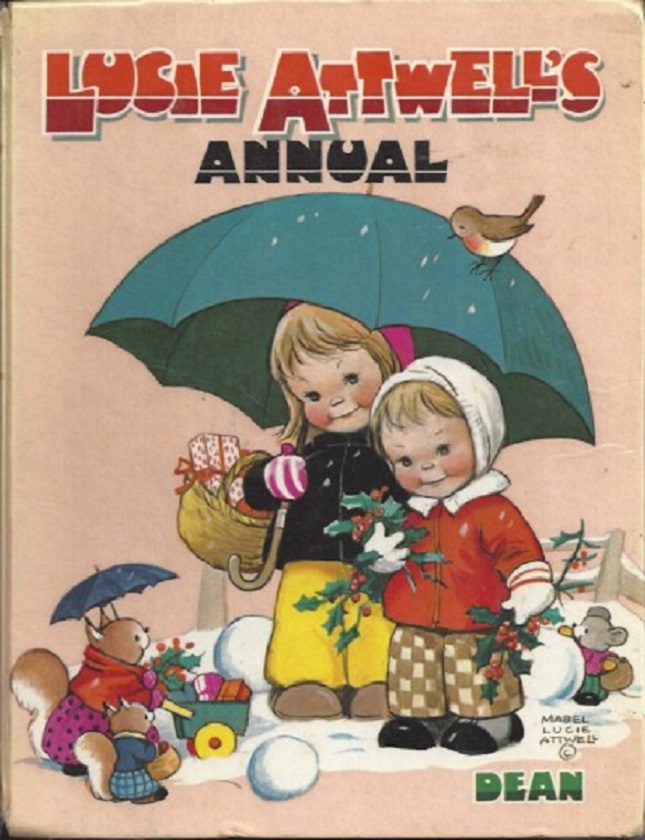 Throughout the ’30s and ’40s her popularity and diversity of her products increased. Now there were soft toys and nursery tea sets, based largely on her Boo-Boo characters, in addition to plates, biscuit tins and teapots. Additionally,there were china figurines, made by Shelley Pottery and assorted dolls. The artist’s output started to slow down in the 1940s.  By then she was sixty years old and had large royalties coming in. Yet she maintained her perfectionism and the quality of her images never really diminished. One of her new commissions was a comic strip for the London Opinion entitled Wot a Life.

Mabel Lucie Attwell died on the 5th of November 1964. During her lifetime she created a massive catalogue of work, providing images for over eighty books, in addition to forty of the Lucie Attwell annuals, over five hundred postcard designs and countless advertisement and poster illustrations. Most of her work was done in watercolour in conjunction with pen and ink. Since she had children, she got many of her illustration ideas from normal family occurrences; she also had access to a large number of children to use as models, with many of her friends’ children and her own nieces and nephews on hand. A lot of the images seem to use her daughter Marjorie, more commonly named Peggy, as the model. Compare the following two images as an example: one is of Marjorie, the other is a postcard entitled ‘Time for Bed.’ 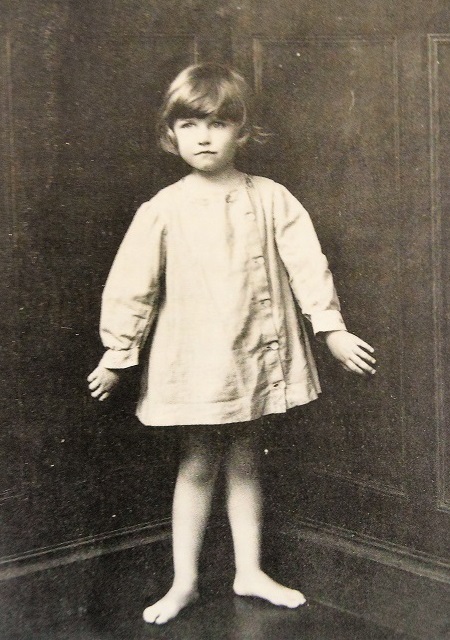 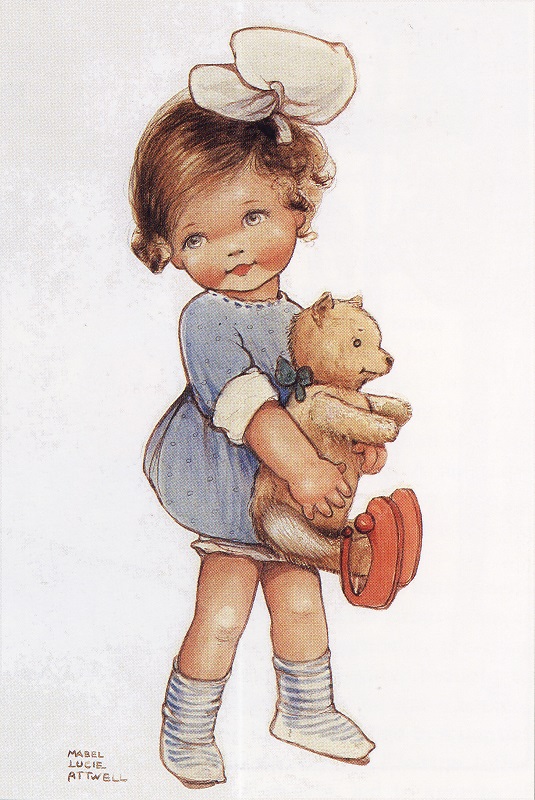 There are few resources available for researching this artist and many refer back to the one book, which is also the same book I am basing most of my facts on. The book is entitled Mabel Lucie Attwell, written by Chris Beetles and published by Pavilion Books in 1988. It takes most of its information directly from her descendants and the illustrator’s own personal papers, whilst also displaying approximately sixty of her images. The online resources I used, though brief and occasionally inaccurate are listed below. 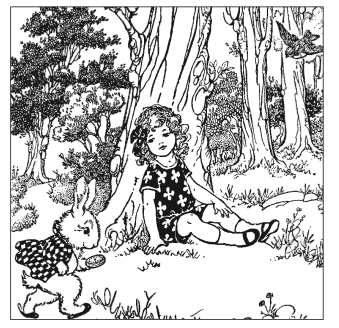 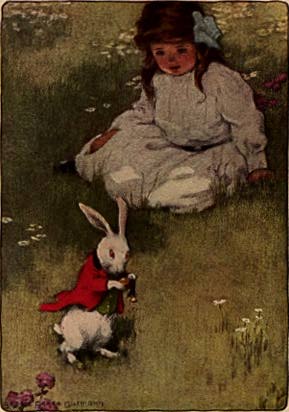 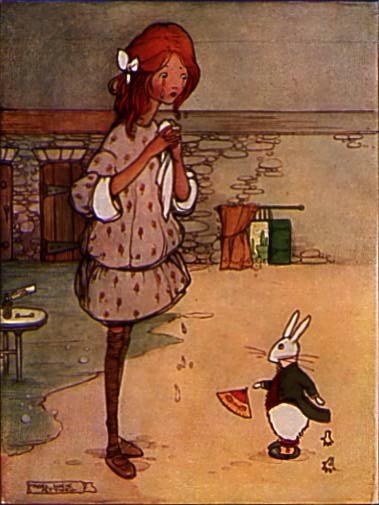 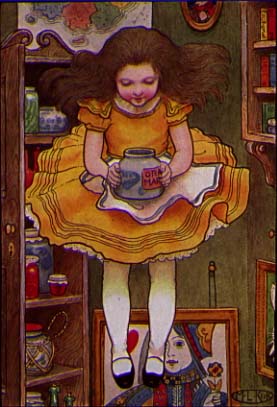 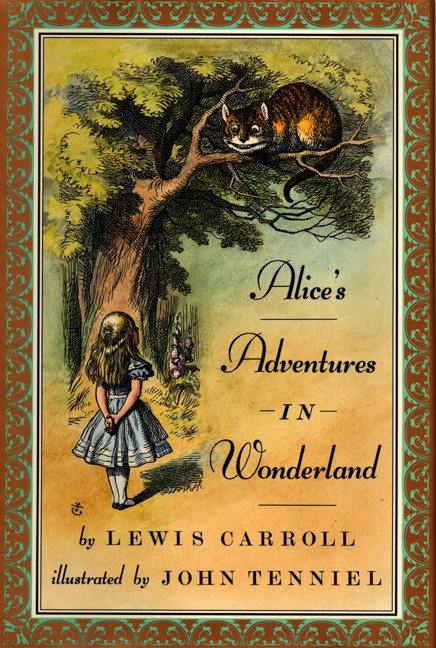 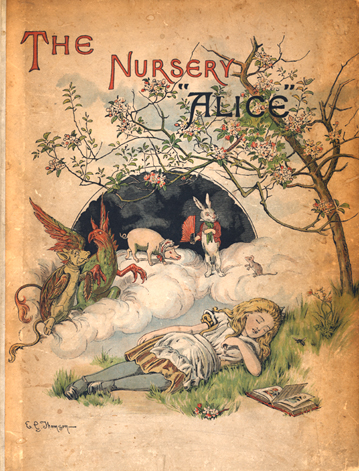 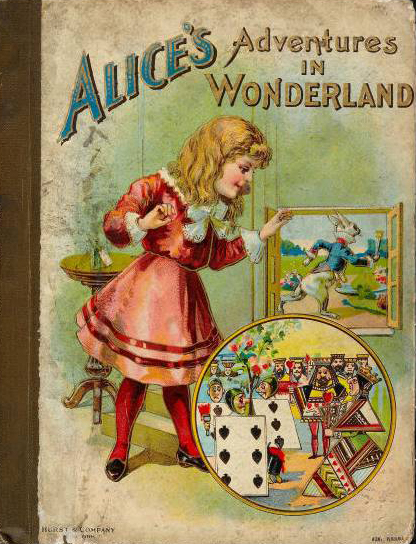 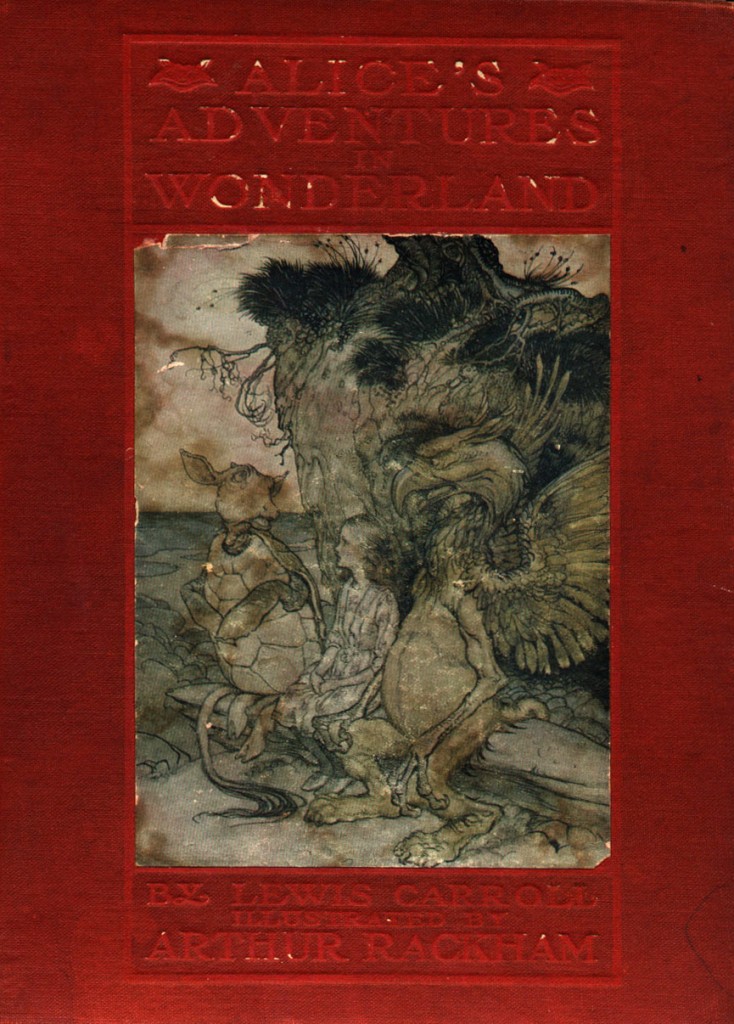 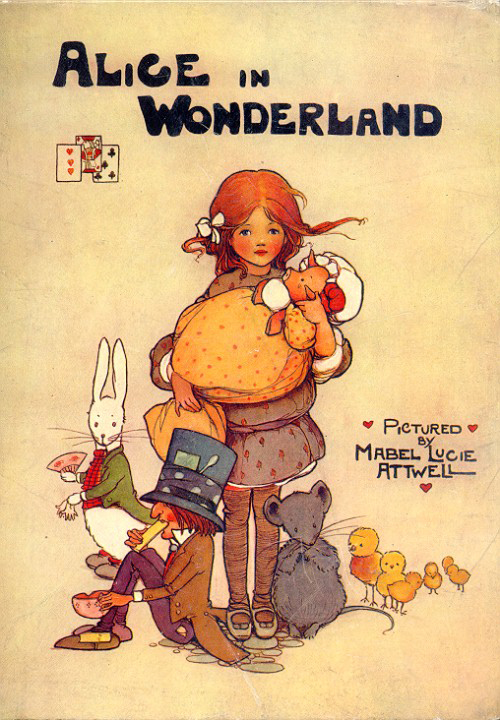 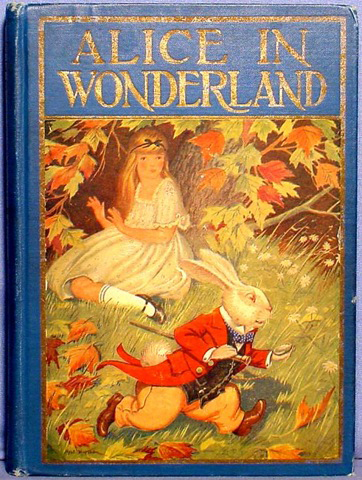 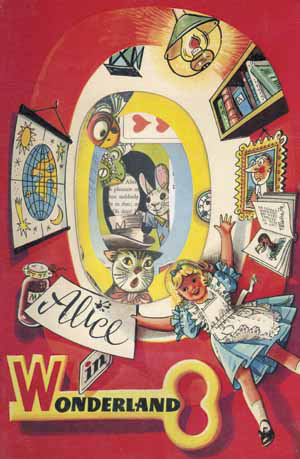 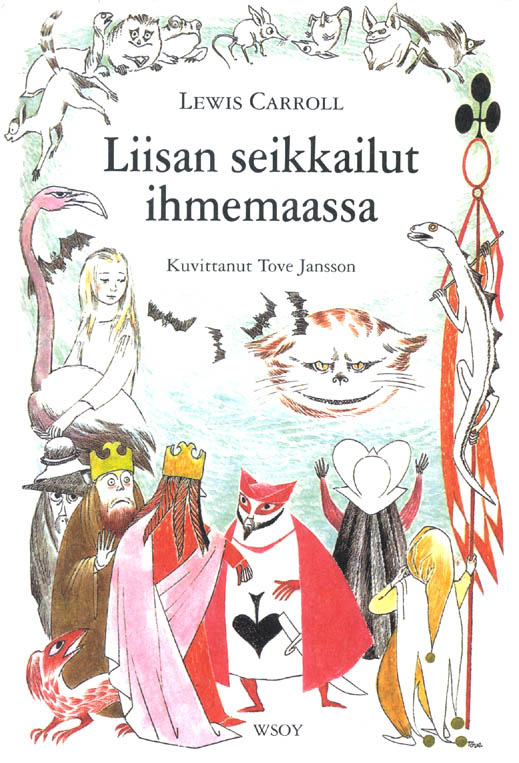 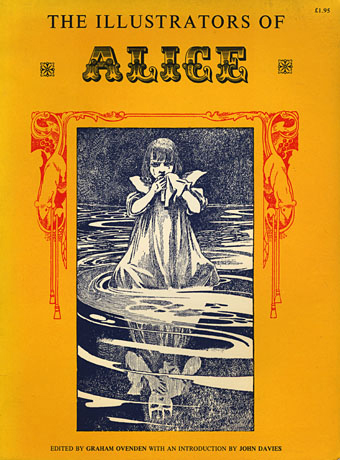