Arthur Bowen Davies (1862–1928) was an American Symbolist artist, who enjoyed great success in his lifetime. In 1924, the art collector Duncan Phillips, founder of Washington’s Phillips Collection, wrote, “Arthur B. Davies is already recognized, not only in this country but in Europe, as one of the few men of original and authentic genius among the painters of our contemporary world.” However, like many artists featured on Pigtails in Paint, his work is not well-known today. He is mainly remembered for organizing the Armory Show which introduced modern European painting styles into early 20th Century America. 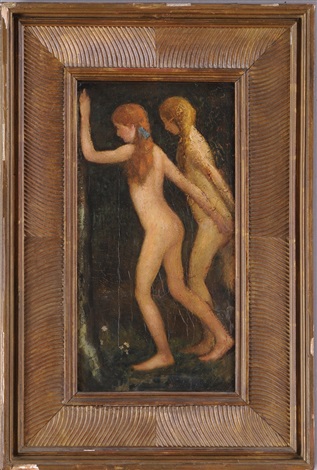 I came to be interested in work like Davies’ when I was in college taking a course on existentialism and reading books like Kierkegaard’s Sickness unto Death. The vitality of the paintings of young girls by early 20th Century artists seemed to counter such pessimism. It is my intention in my posts to put the figurative works in a cultural context which will enrich one’s understanding of the work. Most articles I find on American early 20th Century artists only give biographical information without recognizing the symbolic content of the work. There appear to be hundreds of paintings and sculptures of young girls which were executed from the 1890s until the 1920s, since such images of girls were very rare in earlier times. The works must reflect a cultural development. I believe the tendency reflects a return of what Plato called the Celestial Venus. An article that covers more of Davies’ nudes can be found on Celestial Venus.

Davies also experimented with a cubist style for a short time. I know I have been critical of Duchamp and Picasso but I will admit I like some of their cubist works. But most cubist paintings amuse me in a way, which is similar to the amusement I have from looking a gaudy 1960s fashion; what were they thinking? An example that guys should understand: it’s like the cheesy wah wah guitar effect, which now sounds corny. It appears that Davies could not accept the aesthetics of Cubism since he never fragmented the figures as Picasso did. Davies’ Cubist paintings reflect that he was only appealing to a fad.  In contrast, many of his figurative works are timeless. That’s what is special about a nude, since the person is not wearing clothes which reflects a time period; very often a nude is timeless. 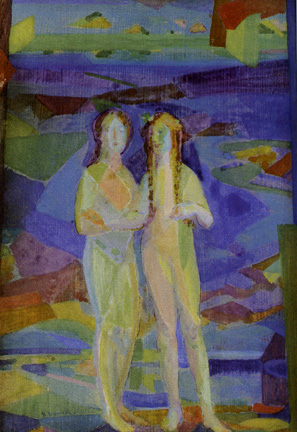 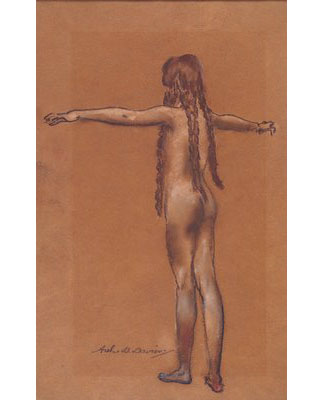 Here’s something a little different.  I don’t get the opportunity to post Cubist art much. 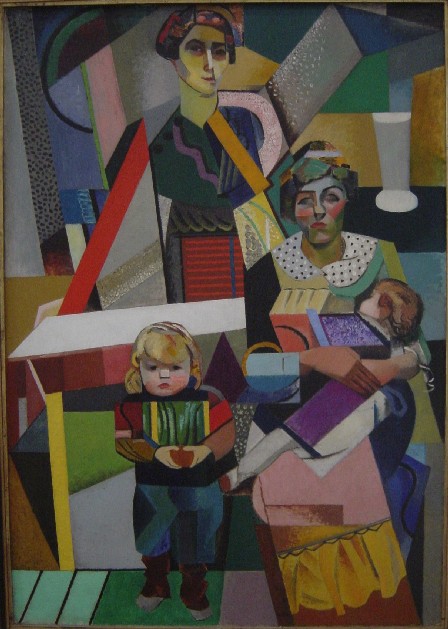