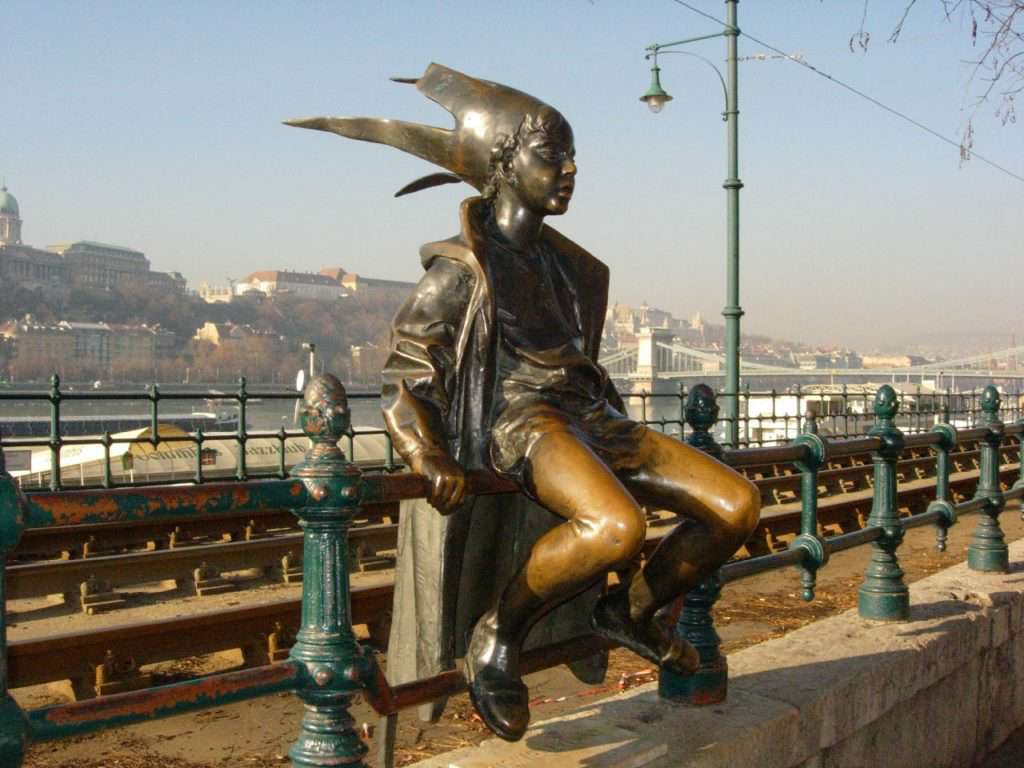 Public sculpture of girls in Hungary (Magyar Republic) has something of a family-oriented perspective. Little Princess (Kiskirálylány) by László Marton is a statue of the sculptor’s oldest daughter, Évike. Marton said,

I modeled it after my own daughter; she was maybe six years old and playing in the garden. She dressed as a princess: laid a bathrobe on her shoulders and put a [paper] crown on her head. I managed to capture this moment and immediately felt that this was a successful work of art. Years later, the capital requested a statue from me. I immediately thought of the “Little Princess'” and luckily we managed to find the place where the statue feels good. 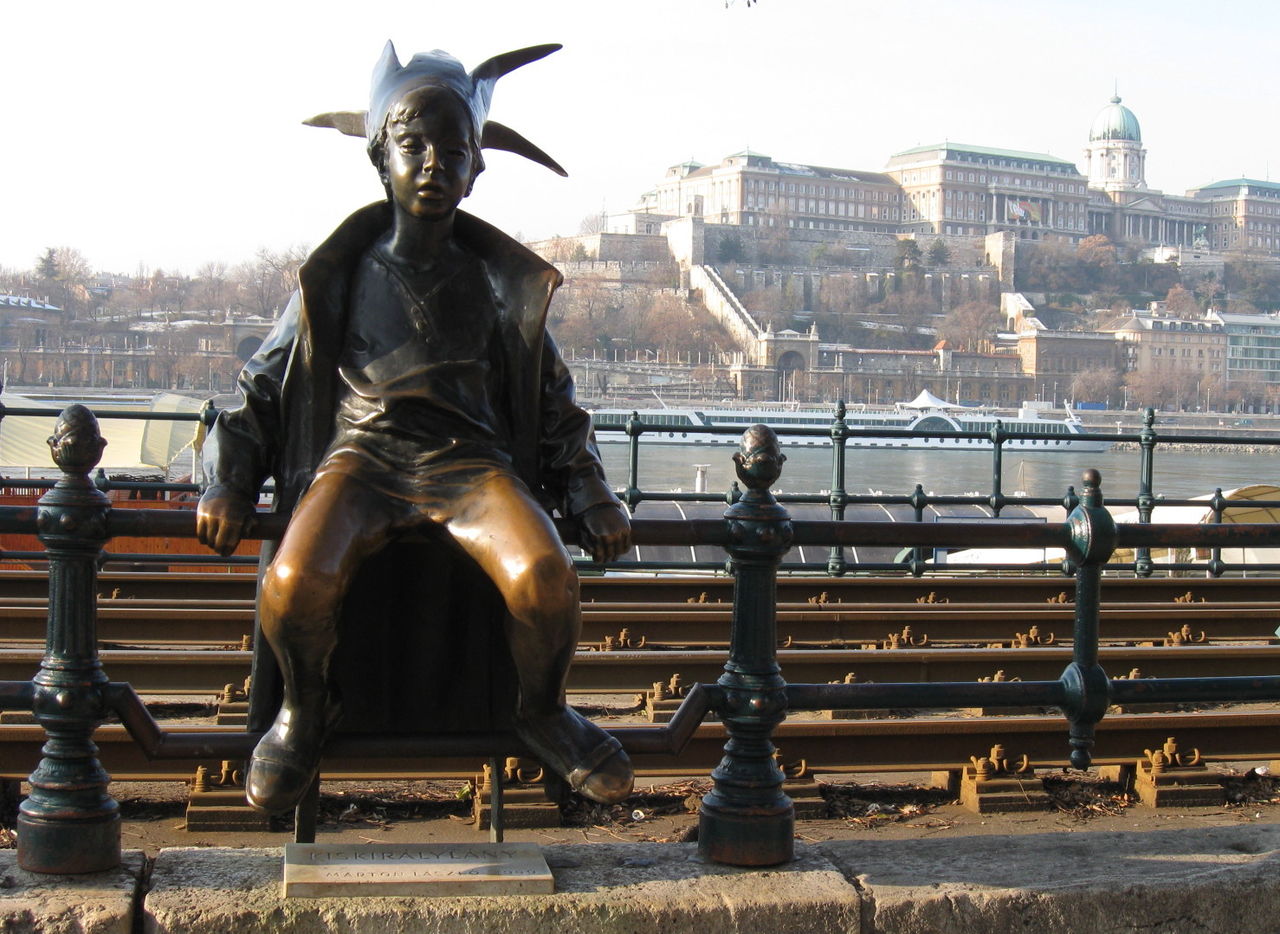 Actually, there are several places in which this statue “feels good”. The original statuette is in the Hungarian National Gallery. The life-size copy shown in the photos here is on the Danube promenade in Budapest. Another copy is in the artist’s hometown of Tapolca, and yet another is in Japan, in front of the Tokyo Metropolitan Art Space cultural center’s concert hall. 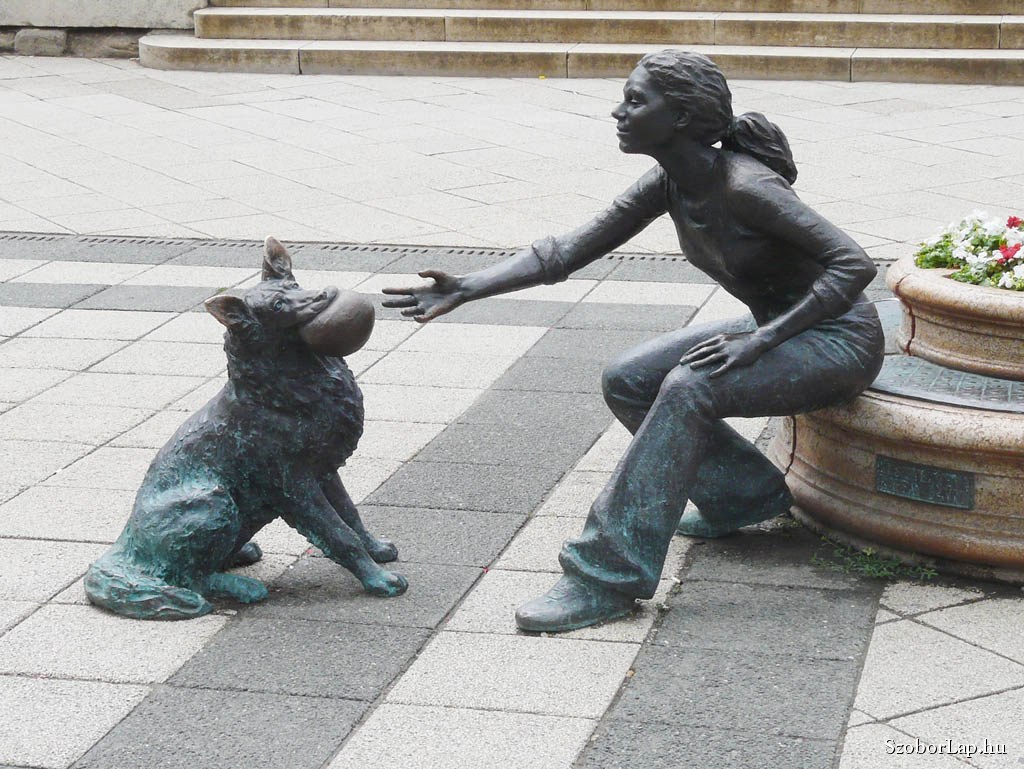 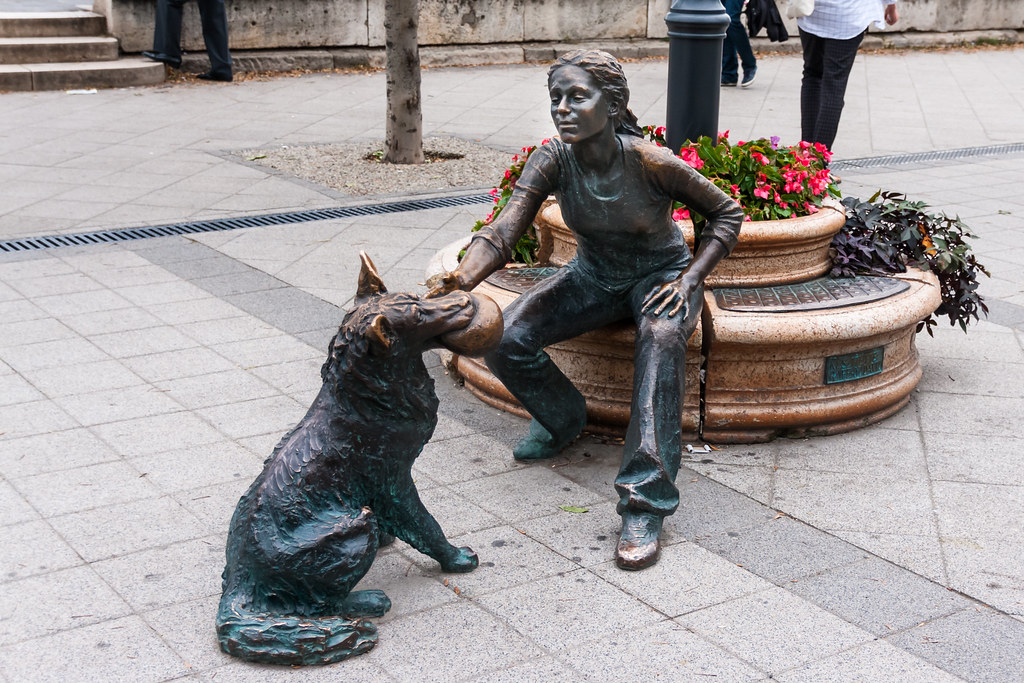 The next statue, Little Girl With Dog, is also a girl and dog, but I could not find out the name of the artist that created this piece. It stands in the city of Szeged. 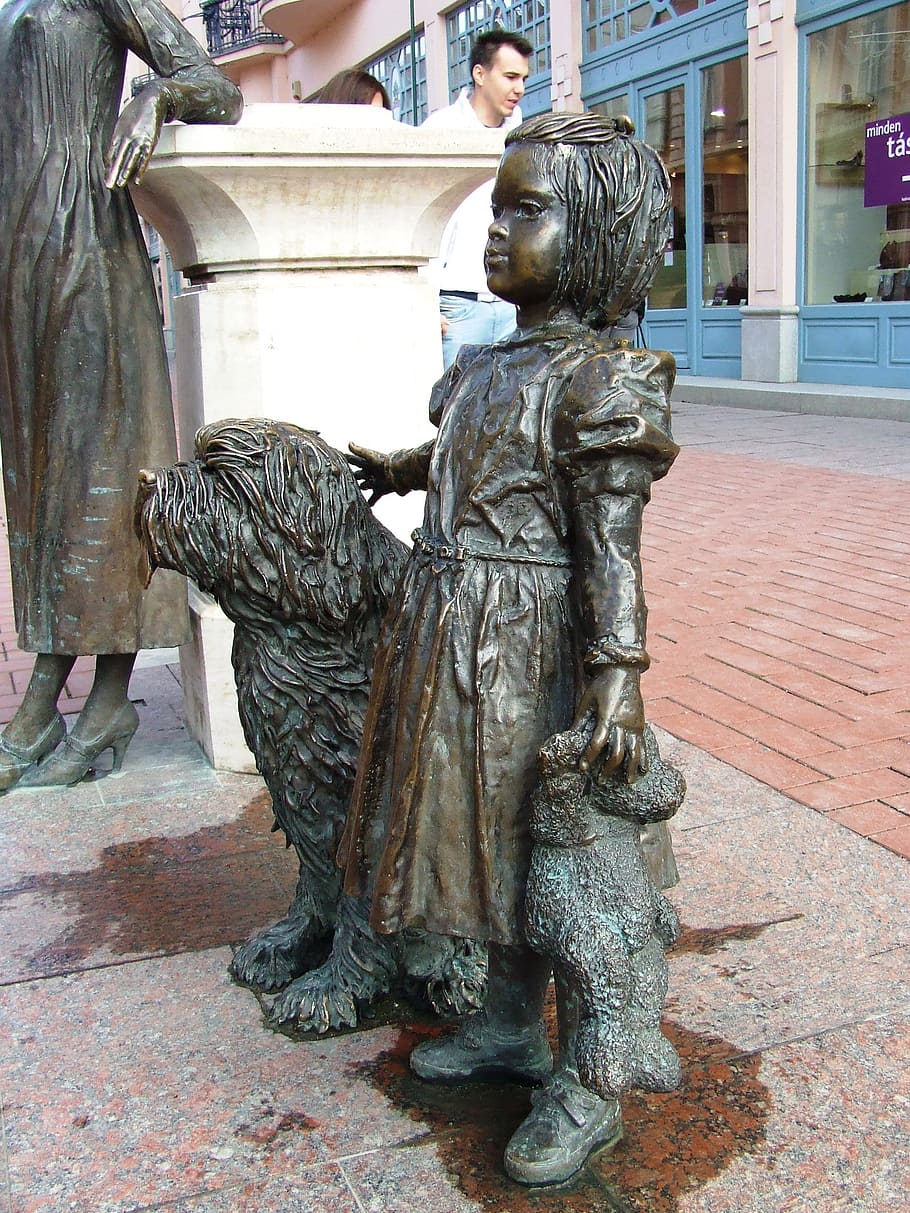 The city of Esztergom is the site of the statue of children playing on a rail. I do not know the creator of this sculpture, nor could I find the title of the statue. 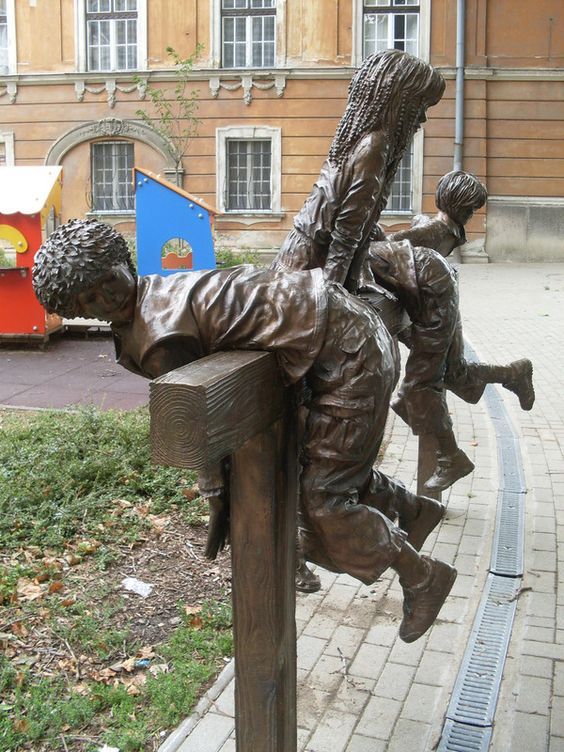 Böjte Horváth István created War Memorial, the last sculpture in this article. It is a memorial to the veterans from Vácrátót who lost their lives in the two World Wars. Typical of Hungarian sculpture, it emphasizes the family. The wife, daughter, and infant child of the deceased veteran are shown, but the husband/father of them is missing. 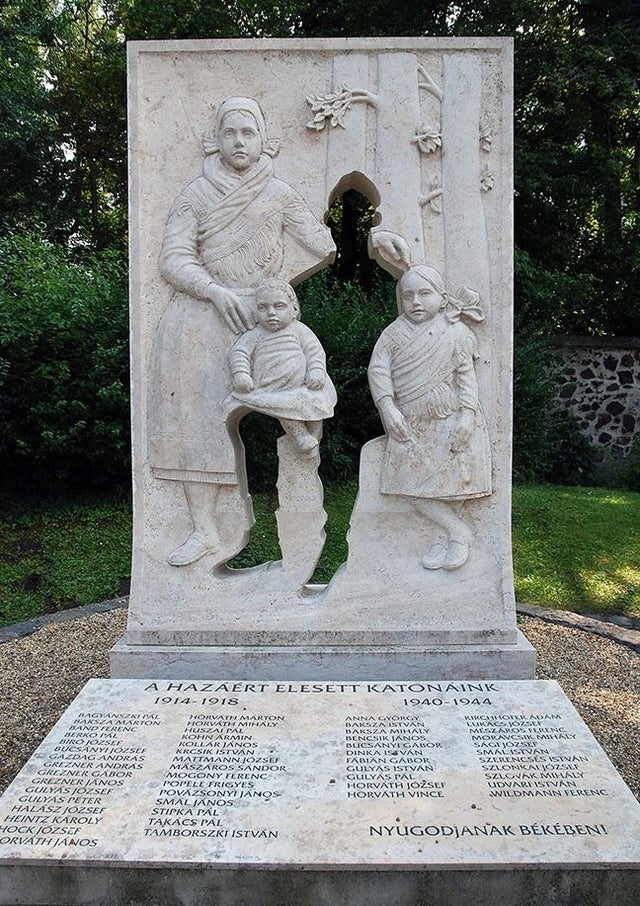 1 thought on “Public Sculpture of Girls in Hungary”