This may the longest title in our database. In fact, it’s a set of instructions—cleaned up for clarity—given to an artificial intelligence (AI) which generates images based on a verbal description. This image was submitted by DS from Germany who wanted to begin a debate regarding the ethics and capabilities of emerging AI. 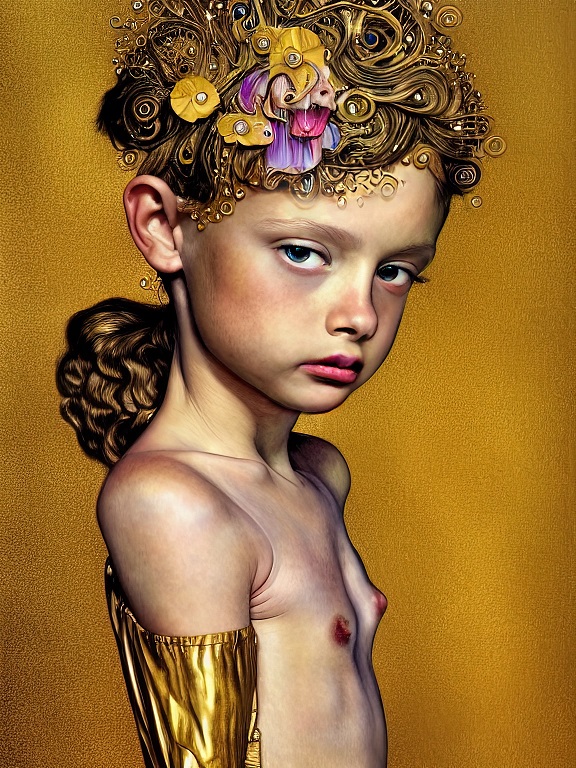 This particular image was created using a free application called Stable Diffusion which, like many in its cohort, create images from text. This is an early stage of developing AI technologies that simulate human pattern recognition and generation by “training” a computer on a multutide of examples on the internet or other massive database. After “seeing” endless examples of various objects and concepts, the computer is finally able to recognize a car or a chicken or a shoe, etc. which can appear in a myriad of variations/styles.

The technology is far from perfect so some quality adjustments need to be made. For instance, DS usually generates hundreds of images on his computer (about two images per minute) and selects the best ones. The algorithm in this case is not error-free, often producing too many fingers or heads appear. By repeating the process, an acceptable form can be found or some reworking may be required using Photoshop.

The more professional versions charge a fee but there are some free versions besides Stable Diffusion such as Midjourney and OpenAI.

There are many ethical issues that come to mind using this technology, some more obvious than others. And it is important we begin to deal with these sooner rather than later. After all, it is not as if we can put the genie back in the bottle. What control do we have over our own image? What about professional models whose images are used? What compansation is due to living artists whose work is used to train the algorithm? What is the potential for fraud in the art collecting community? What freedoms or limits do there need to be with respect to standards of decency?

These are just the tip of the iceberg and the last point forces us to expound on the issue regarding minors portrayed engaging in illegal activity. Already, many companies have put in safeguards to prohibit nudity, but right now it is a simple matter for competent hackers to override this safeguard. Let the discussion begin!