We are greater than the sum of our parts. I am often faced with the reality of that aphorism whenever working with Pigtails readers. In the spirit of community, you have many times provided additional research to augment and correct items in the past. The original Alkemanubis post on May 3, 2021 started out as an unidentified random image from Christian. As luck would have it, one of our contributors is a friend of the artist and was given permission to share more of the work. Although this image is no longer publicly available, Alkemanubis (also referred to as Alke) does maintain a DeviantArt account, a Pixiv account and now also Twitter. It turns out that there were four versions of the image we published shown below. -Ron

Anime is a style of Japanese animation that is characterized by colorful graphics, vibrant characters and fantastical themes. The anime style has become incredibly popular around the world, and there are many online communities dedicated to this type of art. Even though it originates from Japan artists from all over the world get influenced by it. 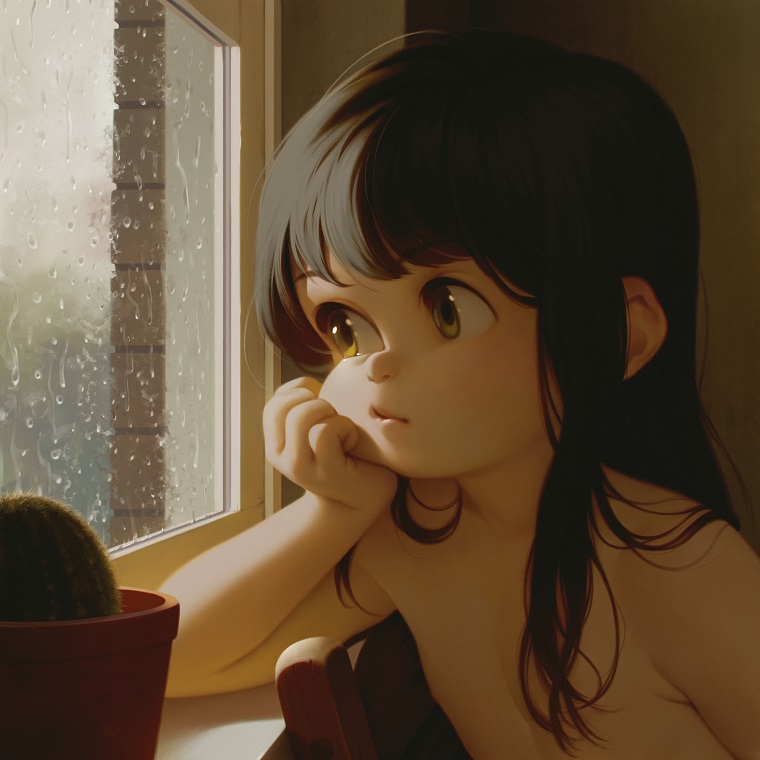 A case in point is Alkemanubis, a talented Argentinean artist known for his anime-influenced digital illustrations featuring adorable little girls. His style has a heavy emphasis on realistic rendering, very reminiscent of academic art, but with a modern spin. 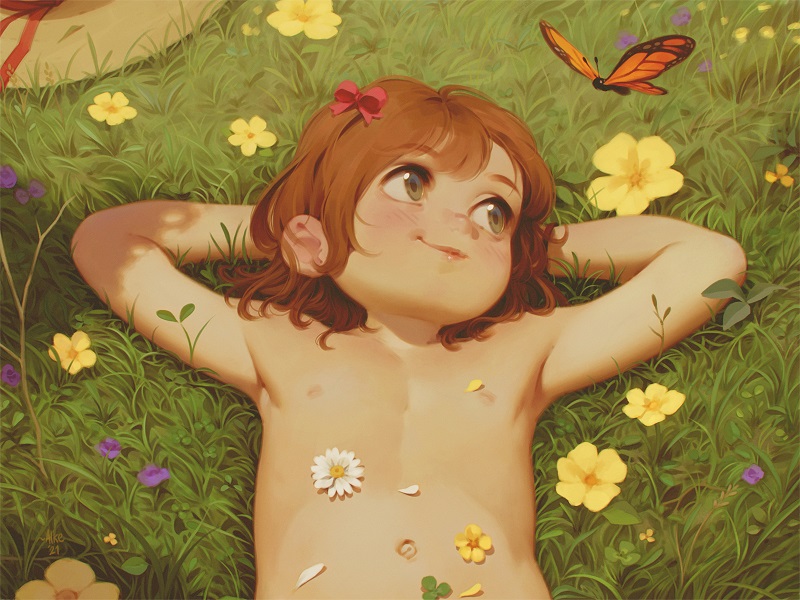 Alkemanubis – Afternoon in the meadows (2022)

One of the most striking things about Alkemanubis’ art is the attention to detail. From the characters’ anatomy to the delicate expressions on their faces, every aspect of his art is carefully crafted and lovingly rendered. His images often depict scenes from everyday life, capturing moments of joy, laughter, and friendship between young girls. But during special occasions he also creates nightmarish themes. That only shows his versatility as an artist. 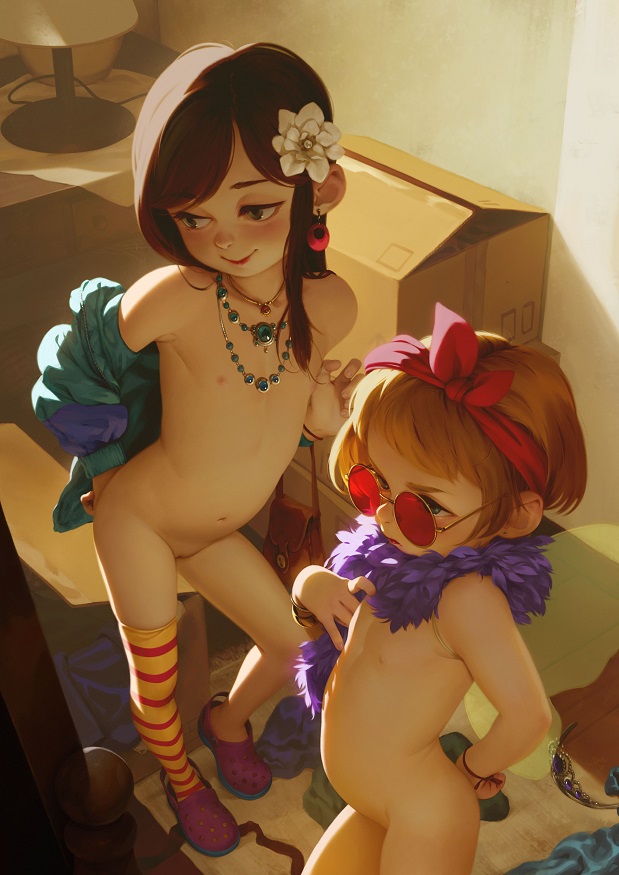 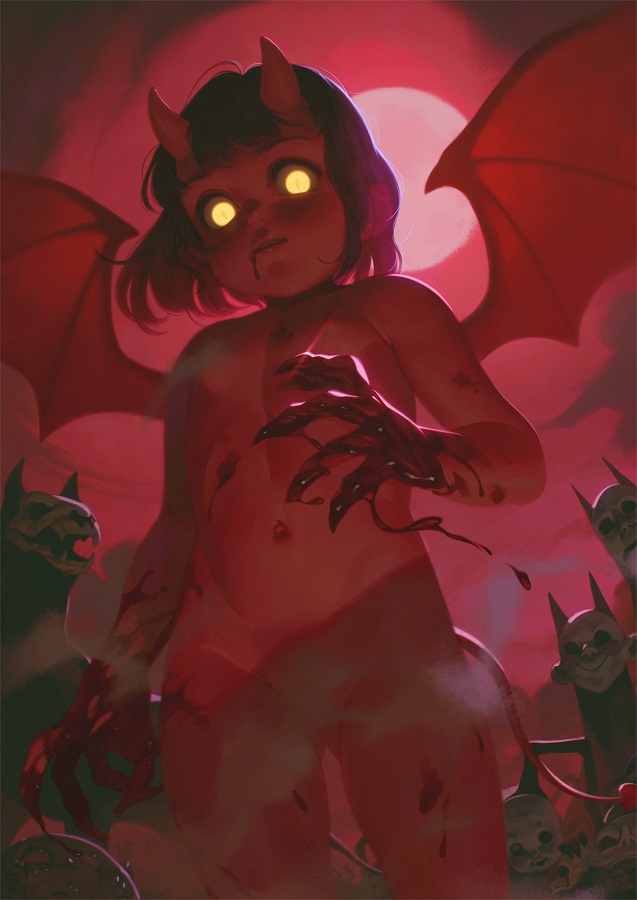 His tools for creating digital paintings are a computer, a digital tablet and Photoshop. Most of the process is similar to traditional illustration or painting, but with additional tools to speed up the process, but most of the work is still hand-drawn. Even with these tools Alkemanubis spends a very considerable number of hours on each of his artworks. Once the painting is complete, it can be saved and shared digitally. 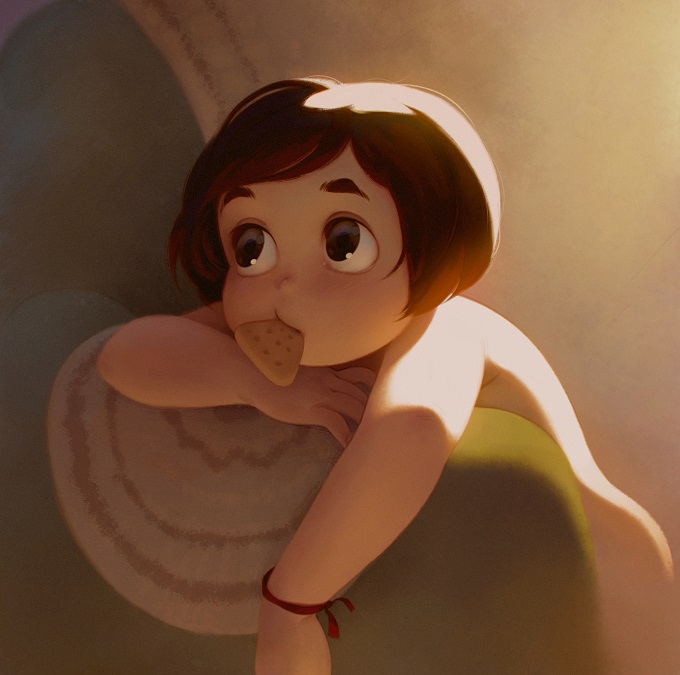 There’s a speedpaint video of some of his process you can view.