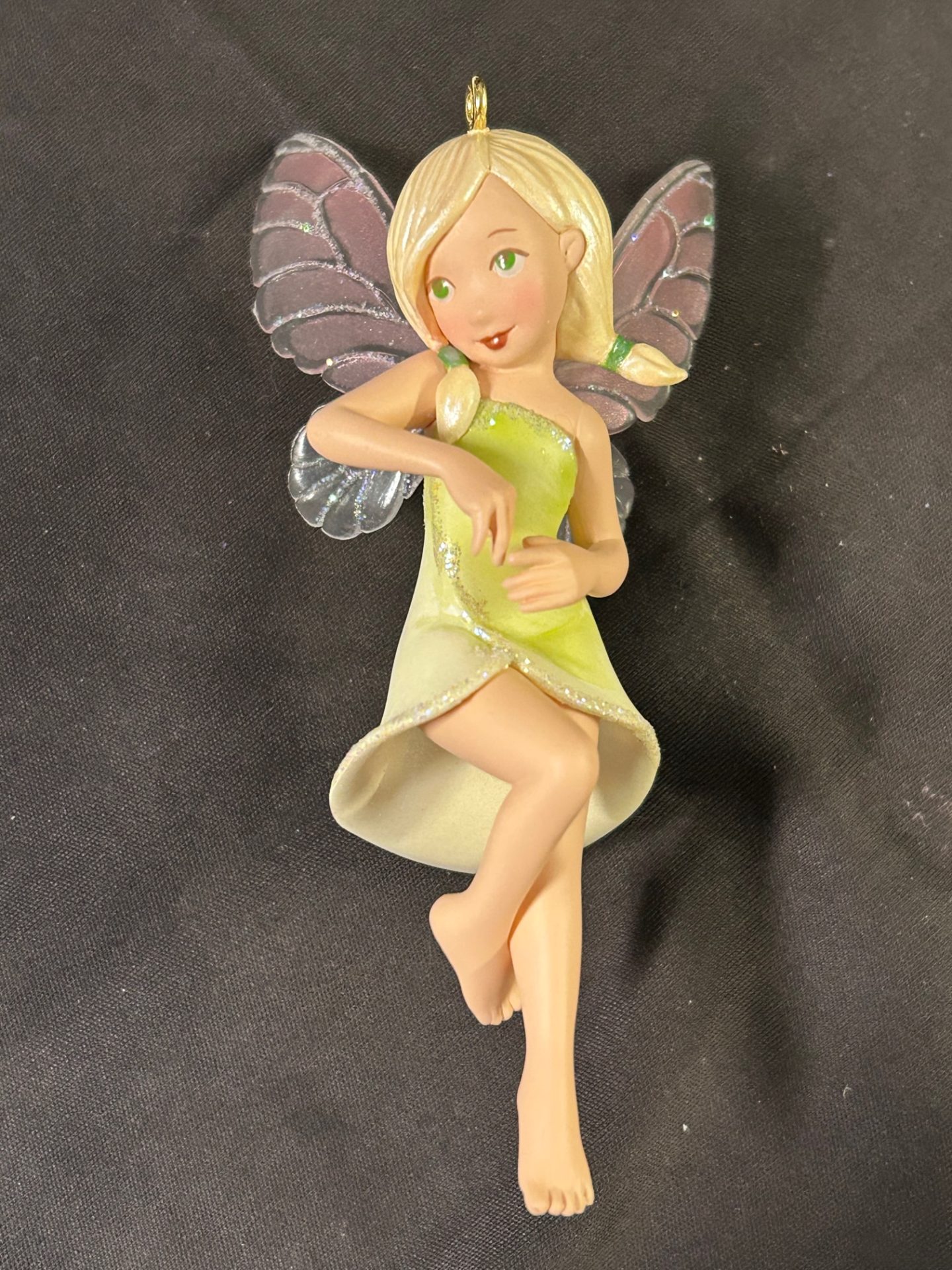 The presence of mythical fairies has been a part of human lore since the time of the ancient Greeks. Tiny human-like mischievous sprites were said to populate the forests of Great Britain and were even claimed to have been photographed in the early 1900s, which eventually—especially in the case of the Cottingley Fairies—was proved to be a hoax. The existence of an innocent and unspoiled community of fairies lets people dream of an idyllic realm where there is a carefree attitude and an escape from the daily troubles of life. The yuletide season is an ideal time to dream of such a world and the greeting card company Hallmark brings these nimble fairies to life with their trademark ‘Keepsake Ornament Fairy Messenger Series’. 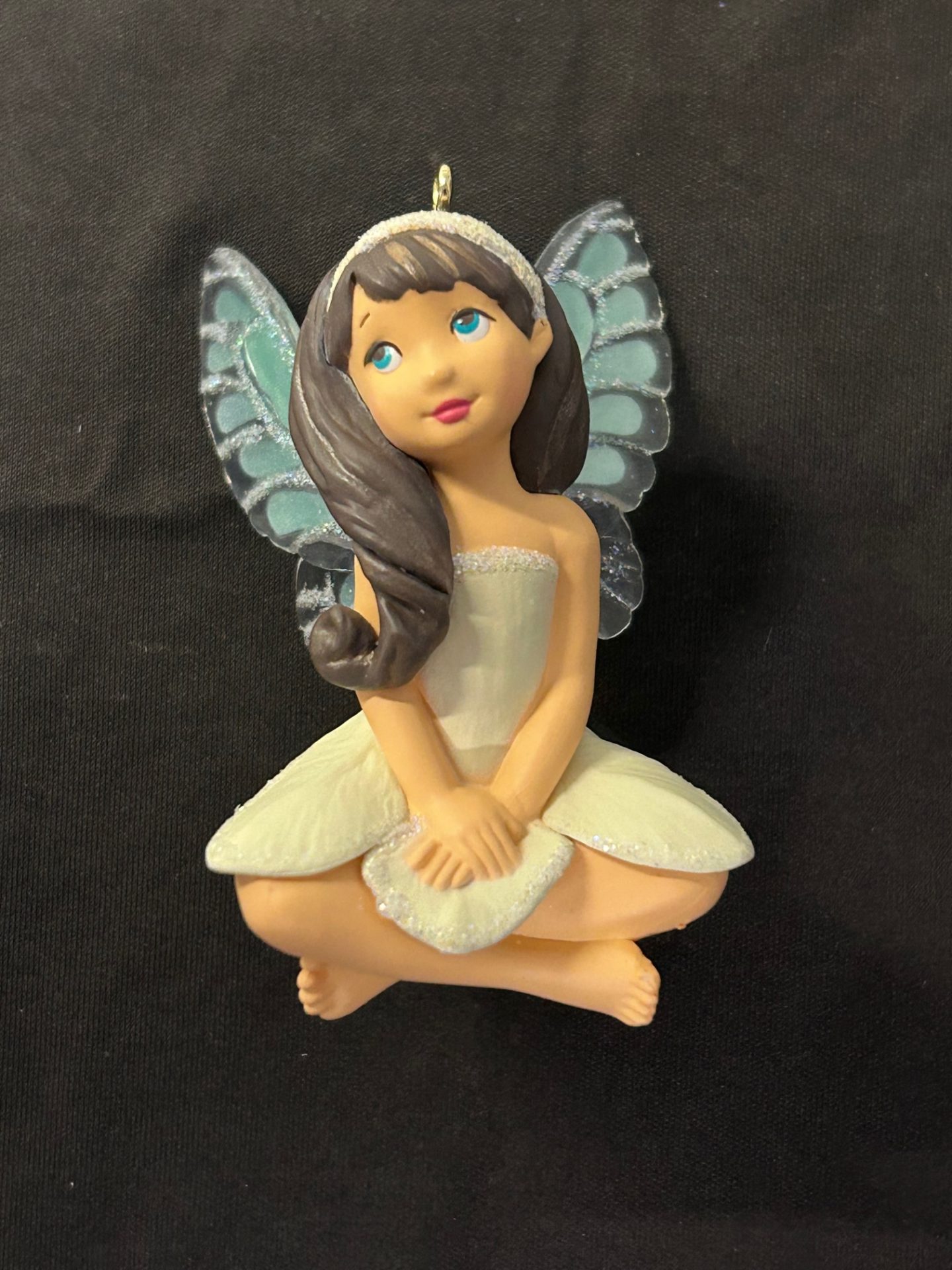 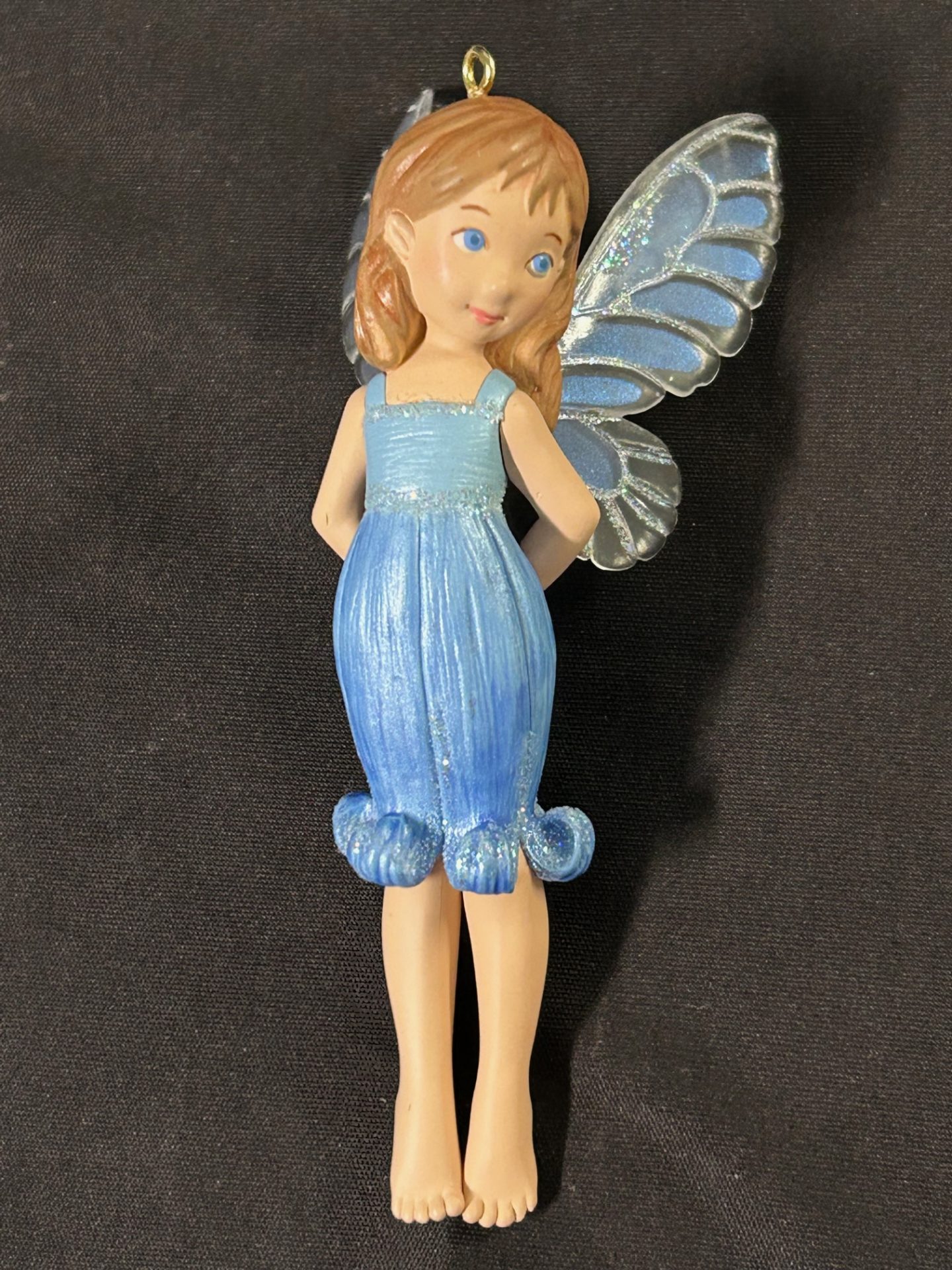 First released in 2005, the Fairy Messenger series has been continuously sculpted by Hallmark senior artist Kristina Gaughran (née Kline) who also designs many other characters in their ornament line. Each year’s fairy represents a different flower which is featured in the outfit that is designed for the fairy to wear. Since they are fairies, all of the fairies are winged which gives them the illusion of flight when hung upon a Christmas tree.  When designing the fairies there is great care in the details that project the image of their girlhood as they posses the innocence of a naive forest dweller. The fairies will typically sport hairstyles such as pigtails, bobs, and other styles popular for a girl. With their lithe and delicate body sculpture and the spotting of freckles, these barefooted fairies seem to lightly dance around the Christmas tree curious to what surprises lie within. 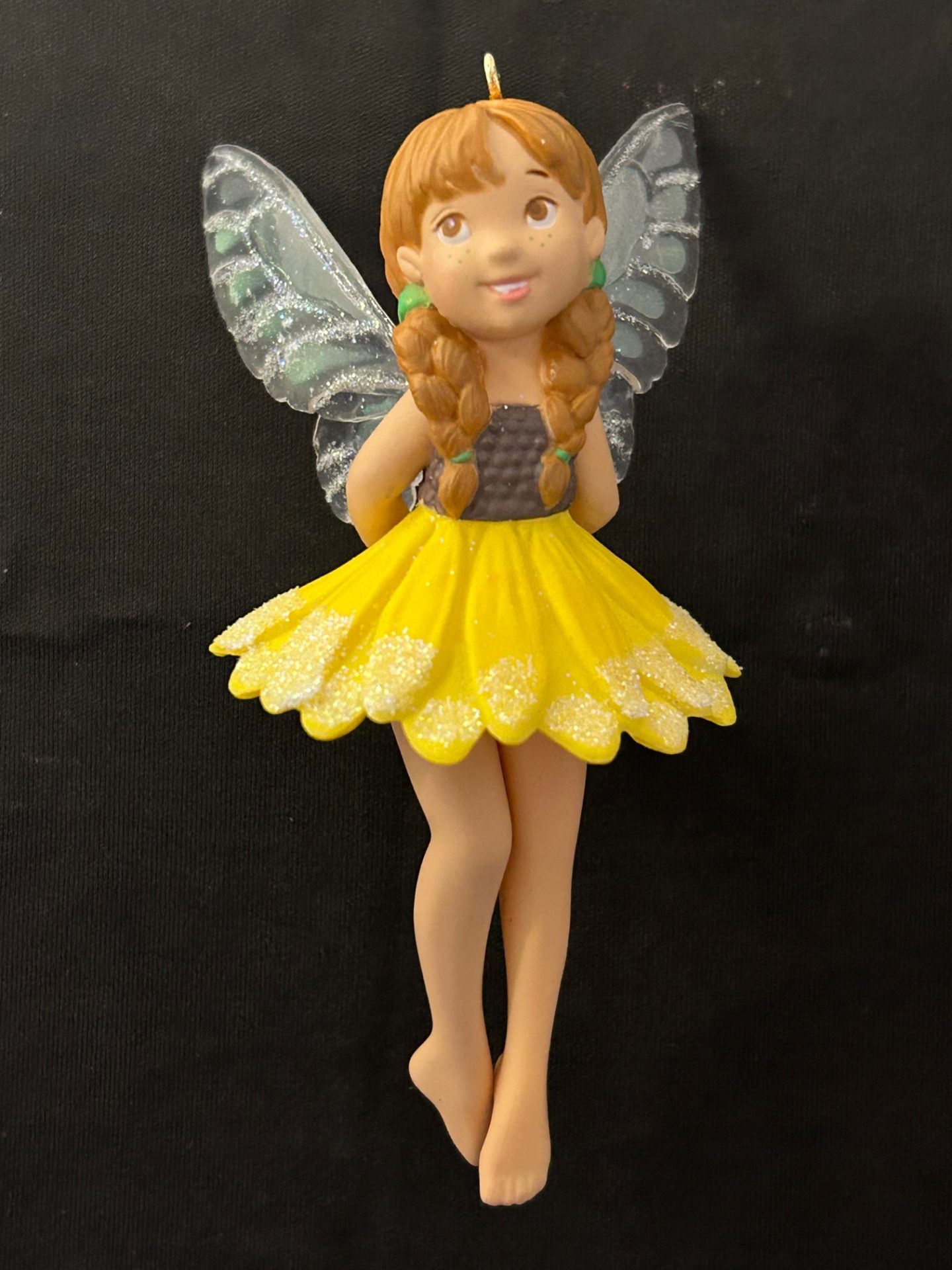 In 2018 Hallmark released an offshoot series of Fairies titled ‘Friendly Fairies Series’ in which the fairies represented characteristics of specific seasons of the year. There is a Love Fairy for February who helps those seeking out their Valentines, a beach fairy for Summer who lightly tests the water with her delicate toes, and a red-haired St. Patrick’s Day good luck fairy who smiles while sitting amidst a spray of clover. The previous years fairies can easily be purchased from ebay or Amazon at a reasonable price but there are special editions and repainted fairies that command a premium on the secondary market. 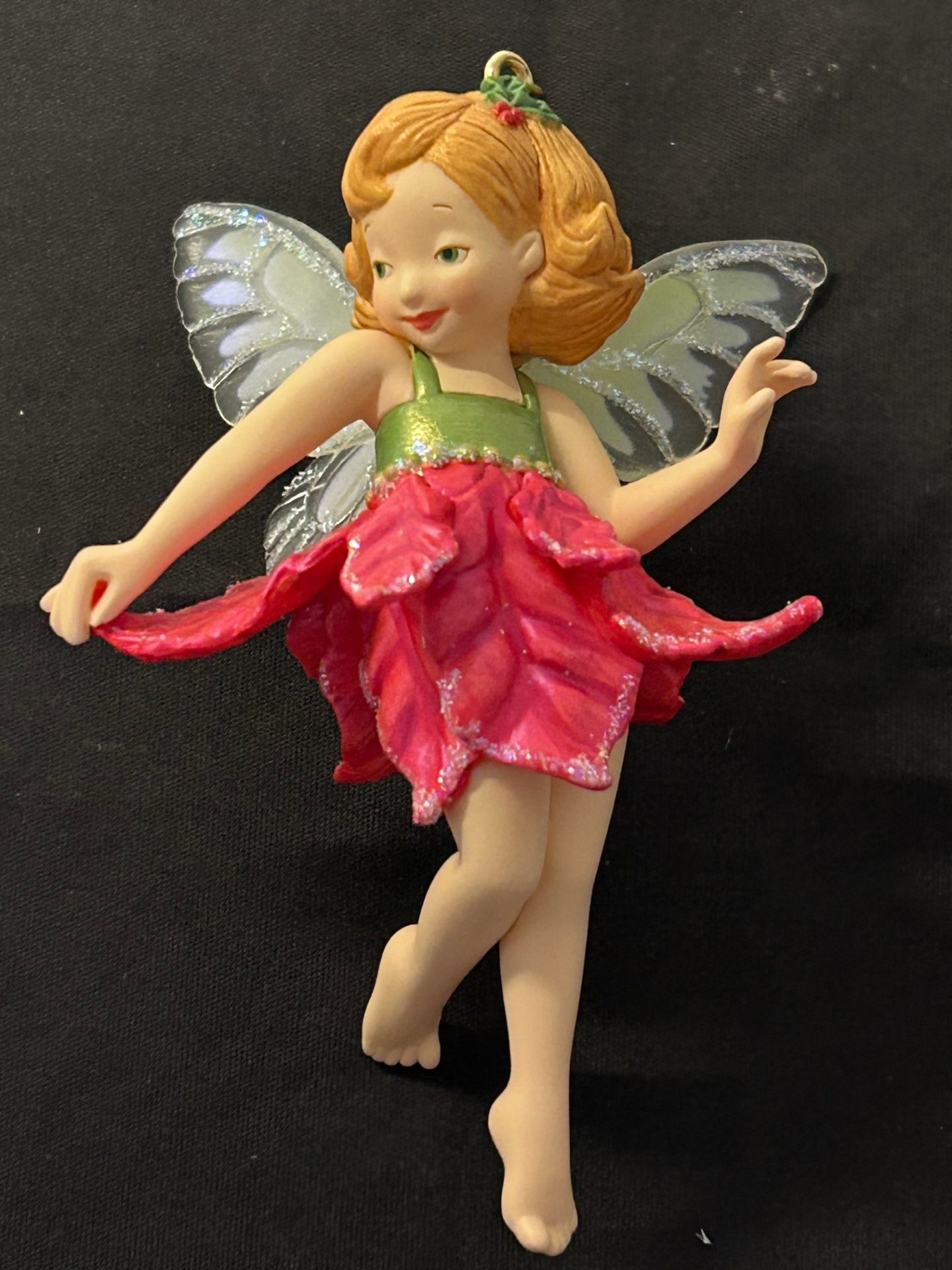 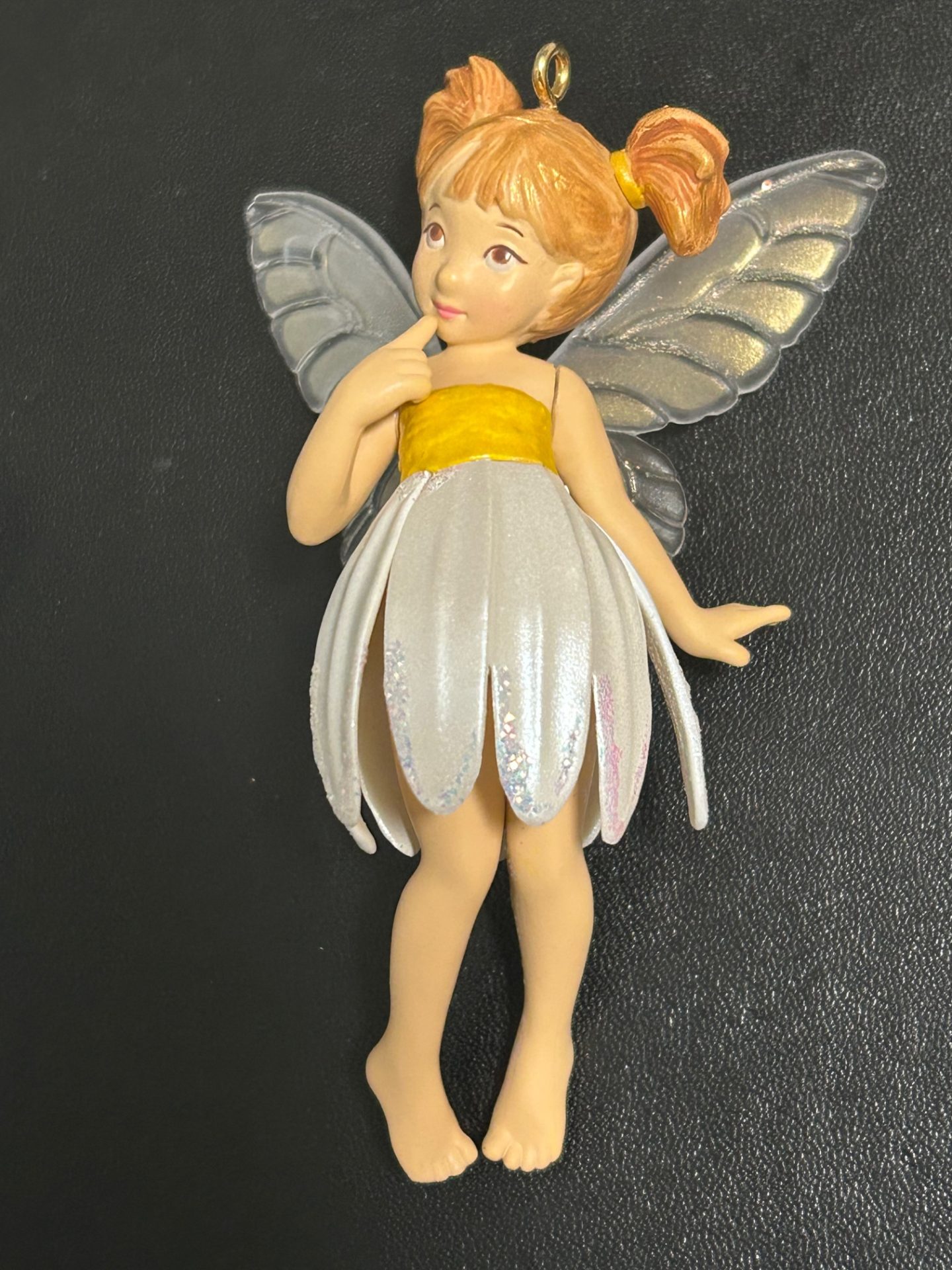