Virginie Élodie Marie Thérèse Demont-Breton (1859–1935) is a French genre painter. Daughter of the painter and engraver Jules Breton and niece of the painter Émile Breton, she married the painter Adrien Demont. They had three daughters, and one of them, Adrienne Ball-Demont, would become a painter and sculptor.

She had a precocious artistic career, exhibiting her paintings at the Salon des artistes français in 1880 and obtaining the gold medal at the Universal Exhibition in 1883, 1889 and 1900.

Her early works consist mainly of portraits and historical or mythological scenes in the academic style. After settling in the village of Wissant on the North Sea coast in 1890, she started painting the life of fishermen and their families, in a naturalistic style. 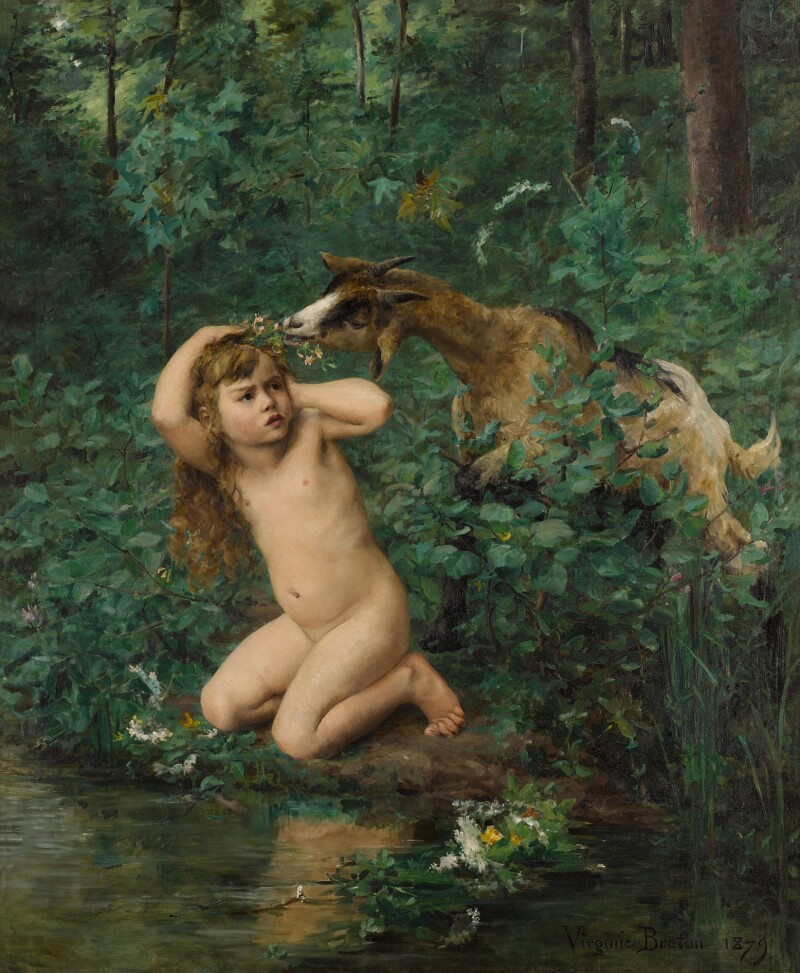 My second selection dates from the period when she moved to Wissant. It was also auctioned by Sotheby’s, being estimated between $30,000 and $40,000. 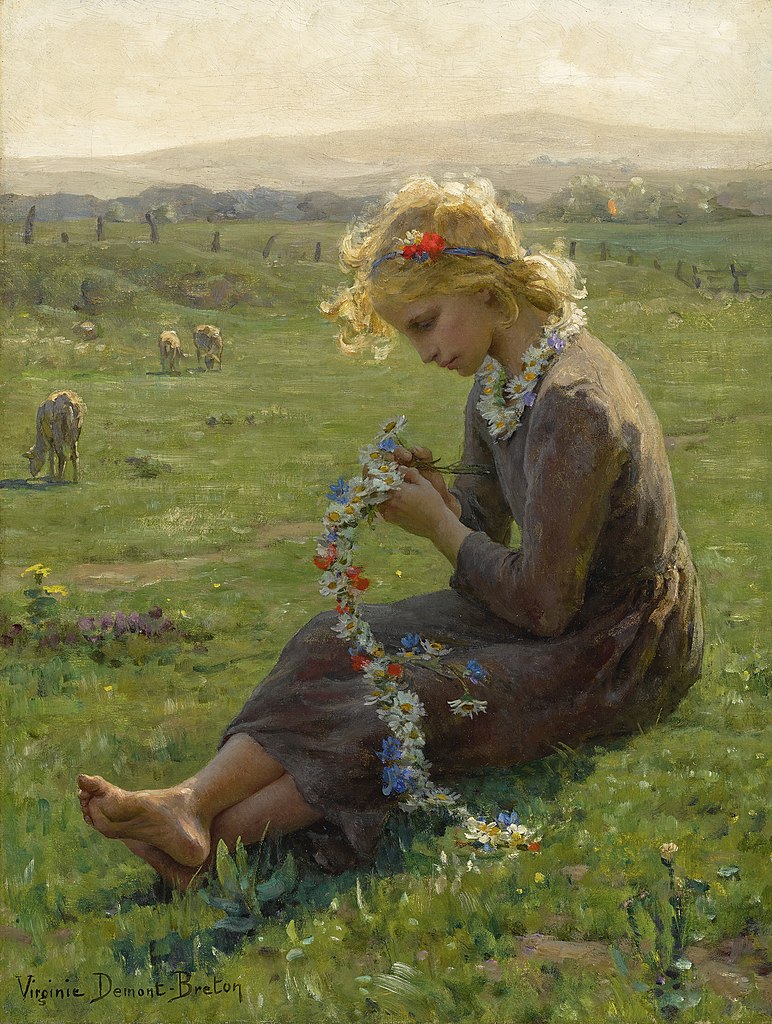 Virginie Demont-Breton was deeply committed to the recognition of women painters. She joined the Union des femmes peintres et sculpteurs in 1883, and was its president from 1895 to 1901. Together with the sculptor Hélène Bertaux, she obtained the official admission of women to the École des Beaux-Arts and their right to compete to the Prix de Rome.