Louis Carl Bruno Héroux was born in Leipzig, Kingdom of Saxony in 1868. He began his study of art, specializing in woodcuts, at age 18. He finished his art education in 1892, and shortly after that he started work as a magazine illustrator. From 1900 on he was a freelance artist, and one of the most popular of the time for engravings and etchings. He illustrated the three-volume Handatlas of Human Anatomy by Werner Spalteholz (1913). Most of his illustrations are of adults, but a few of his pictures are of girls reviewed in this article. 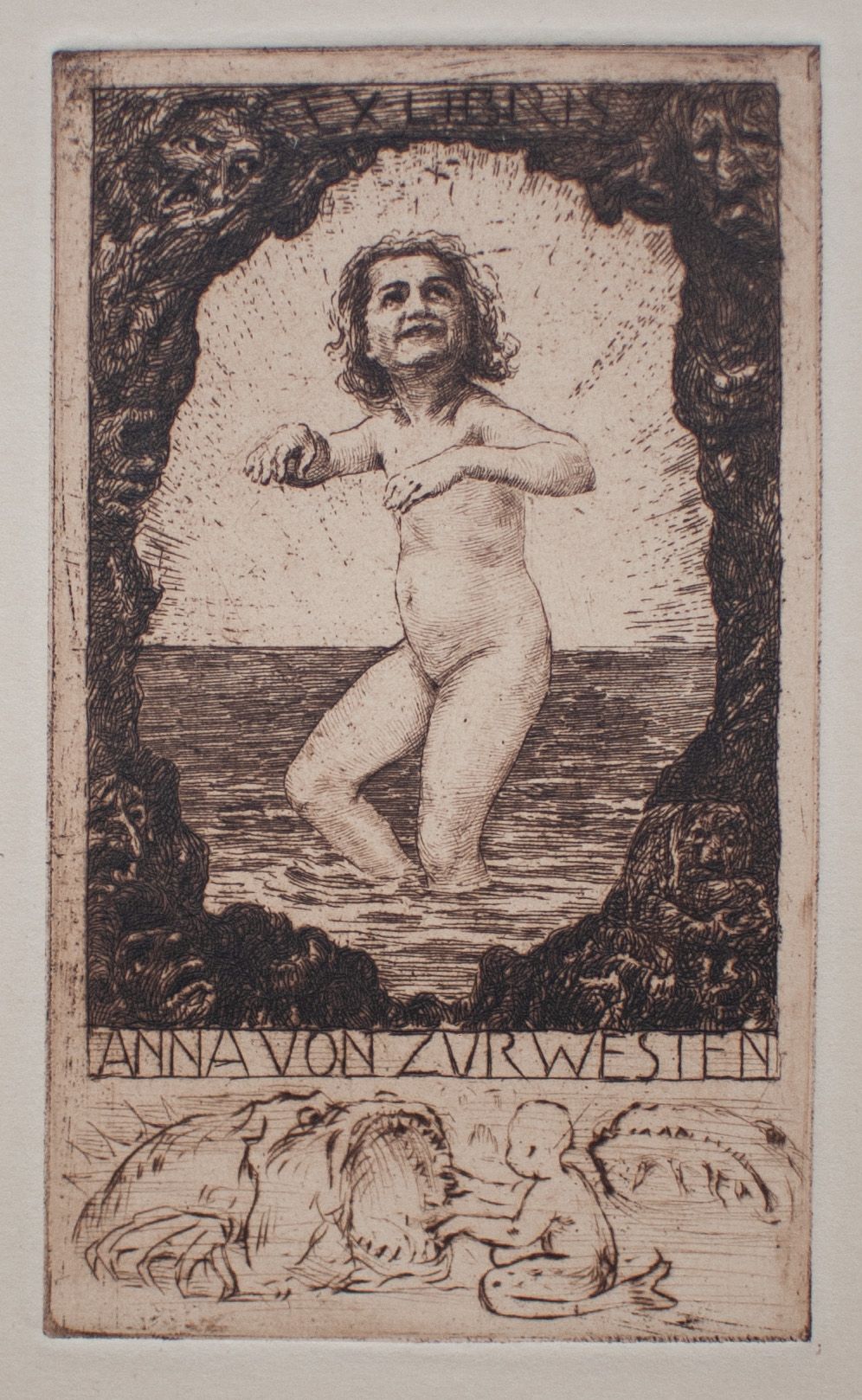 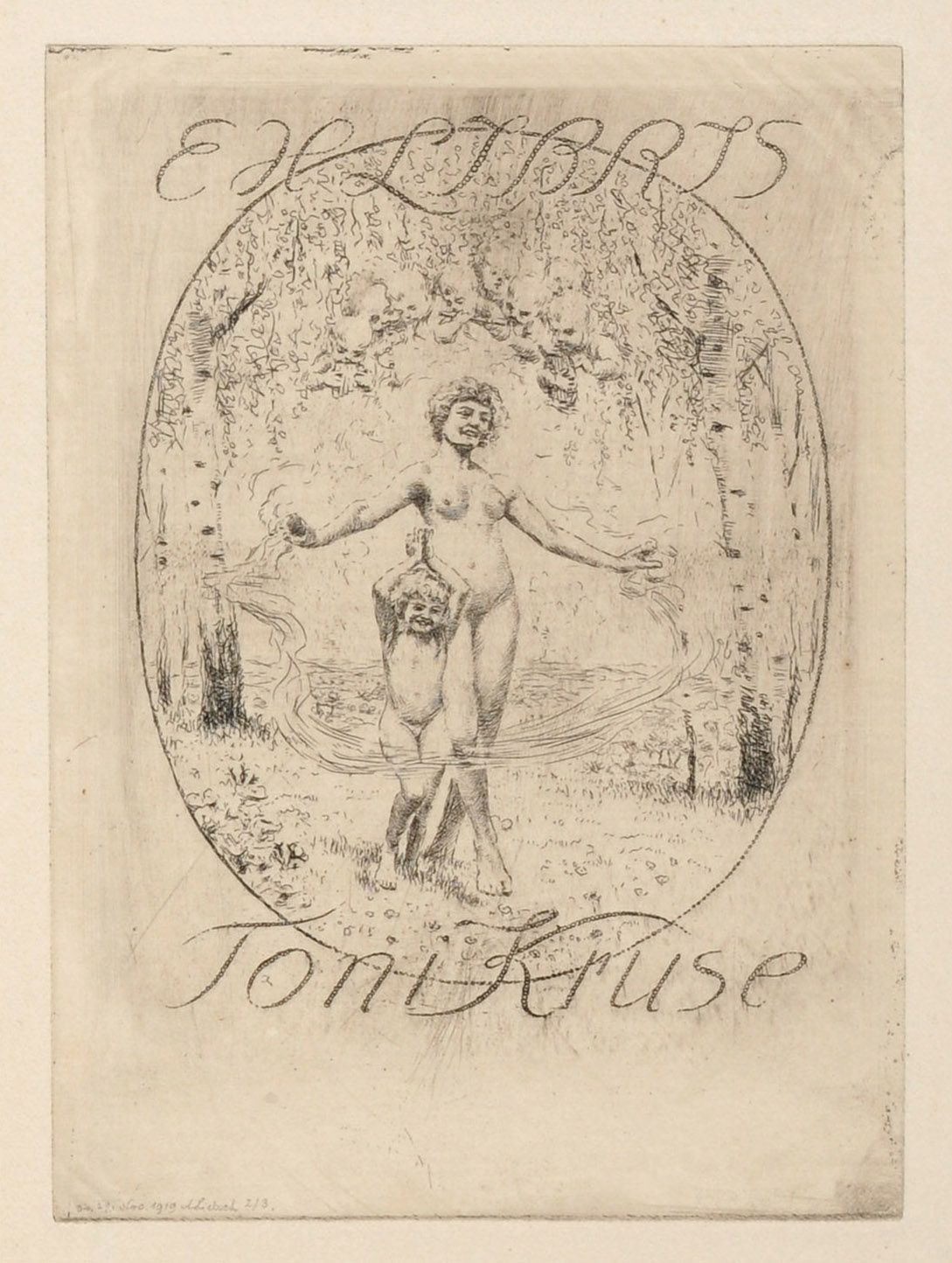 Bibliophiles in the early 20th century would often glue bookplates to the inside book cover to identify ownership. The first image is a bookplate for Anna von zur Westen. Look closely at the dark border around the girl and you will see grotesque faces. The border is quite a contrast to the happy girl in the sunshine.  The bookplate for Toni Kruse features both a young girl and an adult woman.  Note the faces of children playing musical instruments in the foliage above the woman and girl. 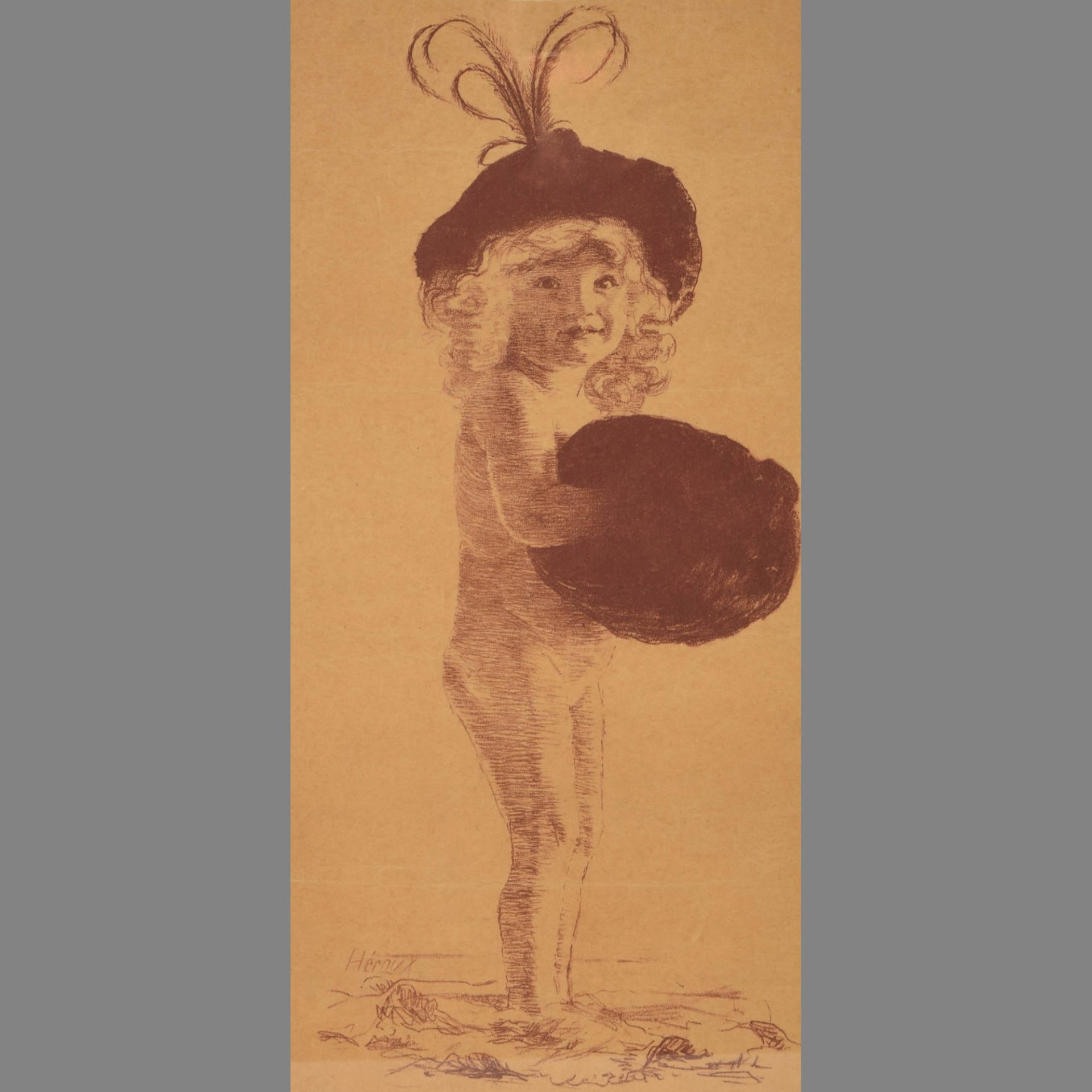 Girl with Hat and Muff is one of the simpler Héroux illustrations. It is a little incongruous that she has a muff to warm her hands, yet is nude except for that and her hat. There is something around her feet, as if she had been wearing more clothing and removed her clothes. Girl with Hair Bow and Butterflies is another uncomplicated work. There is some handwriting on it, but I cannot read it. I can make out “EX L. verein Berlin” which I interpret as Berlin Ex Libris Club, and the artist’s signature “B. Héroux”, but nothing more. Can anyone help? 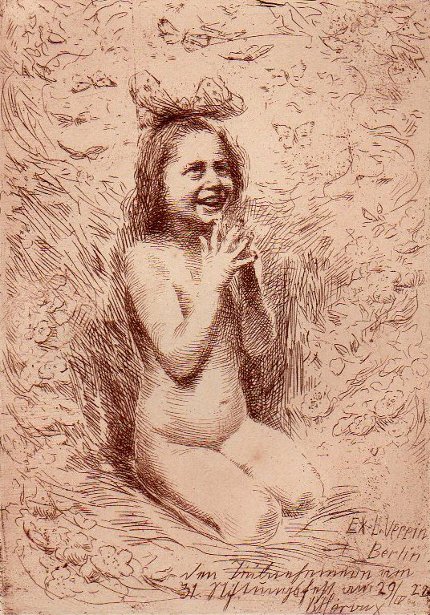 Bruno Héroux – Girl with Hair Bow and Butterflies (no date)

The next three images are greeting cards. Two are New Year’s cards, for 1907 and 1911, and one is a generic greeting card from 1920. Something is written on the card from 1920; can anybody read it? I can only make out the phrase “Gönner und Freunde”. A dog on the 1911 card has torn up the paper on which 1910 was printed. The writing on it is a New Year’s greeting to his patrons and friends, “für seine Gönner und Freunde Neujahre 1911 B Héroux.” 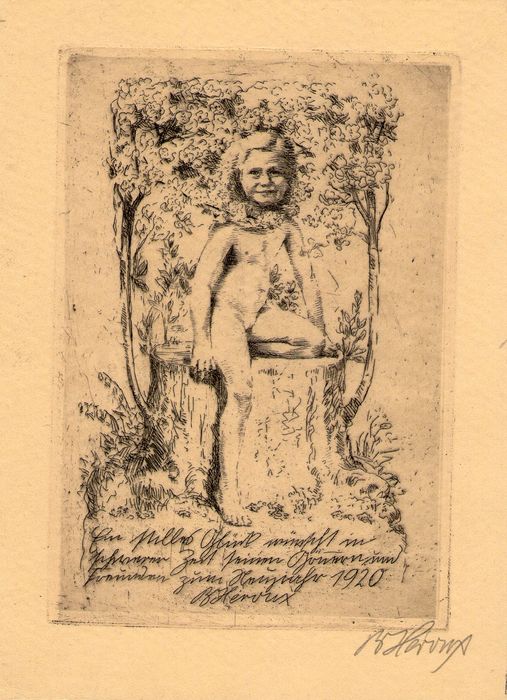 The 1907 card is also dedicated to patrons and friends with best wishes for the New Year. At first I was not sure if the child featured on the 1907 card was intended as a boy or a girl. After looking carefully, I believe it was intended to be a girl. The long flowing hair, the expression, and the hint of a wreath of flowers in the hair is more typical of Héroux’s girls. 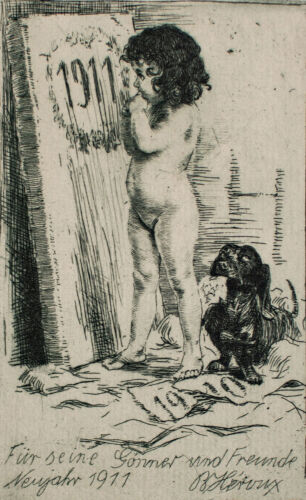 Huckepack (Piggyback) is an illustration from a 1911 German newspaper. It appeared under the poem Mai by Wilhelm von Scholz. Der Gold Käse (The Gold Cheese) is a strange title. I thought it may be the title of a children’s story, but I could find no story with that title.  If anybody can offer an explanation for this title, please submit a comment.  The boy in the picture looks like Alfred E. Neuman. 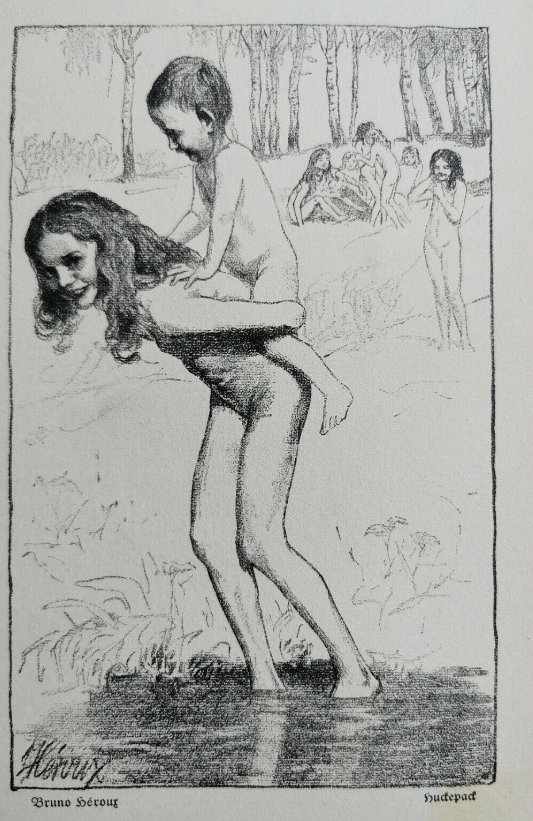 Elfe und Kröte (Elf and Toad) also appears to be an illustration for a fairy tale. 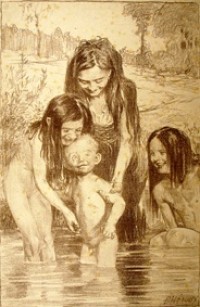 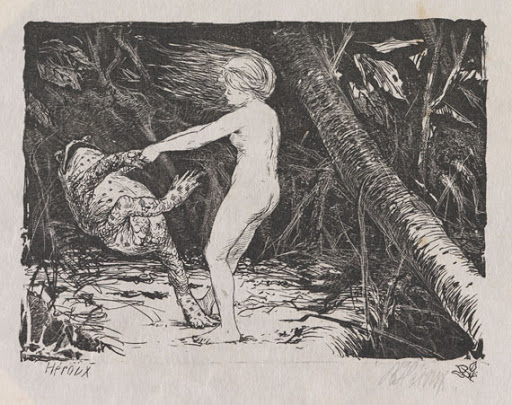 Bruno Héroux’s personal and business card features a nude young girl. Héroux also featured a nude young girl on the visiting card he designed for Marie Schmidt. People today may find something offensive about a person who has an image of a naked girl on his card. Of course a lot of people today would find the nude little girls unacceptable on bookplates, greeting cards and newspaper illustrations as well. 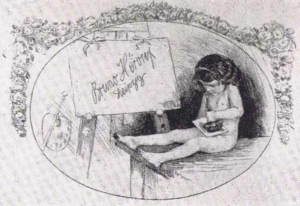