Elisabet Bea Stienstra was born in The Netherlands in 1967. She studied art at Academy Minerva in Groningen and the State Academy of Fine Arts in Amsterdam. She is one of the more famous sculptors working today. Stienstra has a unique style, with realistic figures in surreal situations. She has an ability to work well in various mediums; bronze, marble or wood. Two of Stienstra’s sculptures, Panic in Prato and Virgins of Apeldoorn, are the topic of this post. 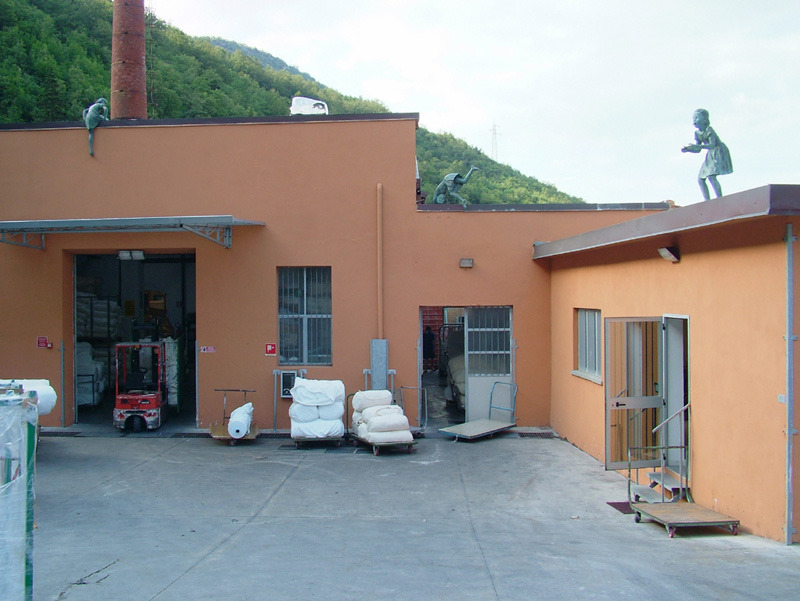 Panic in Prato is remarkable in that it consists of three statues on top of a factory building in Prato, Italy. The factory building actually becomes part of the sculpture. When Panic in Prato was created in 2005, the textile factory on which the statues were placed belonged to Valdemaro Beccaglia, a connoisseur of art and president of the Pecci Museum of contemporary art. Panic is evident in the faces of the girls in Panic in Prato, but why are they panicked? They appear to be climbing over the rooftops to escape something, but it is not obvious what they are fleeing. 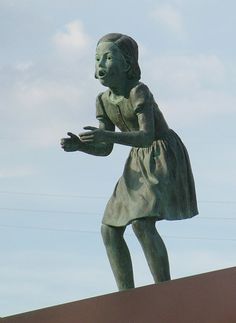 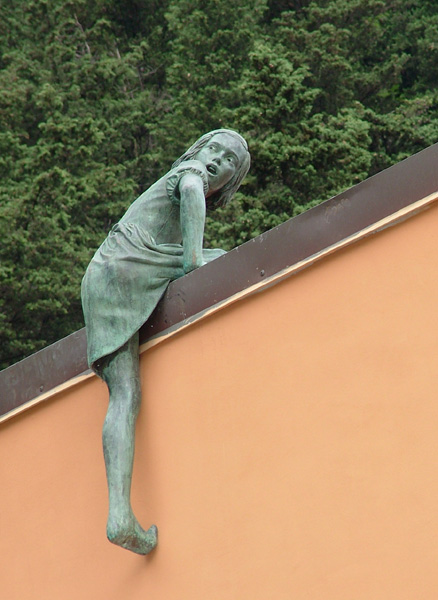 Virgins of Apeldoorn consists of three bronze sculptures of girls in a park in the town of Apeldoorn, The Netherlands. The girls appear to be floating in the air; one face up, one rolling over, and one face down. Actually, the girls are supported by their long hair and long nightgowns that extend to bases on the ground. Nevertheless the illusion of floating is remarkable. 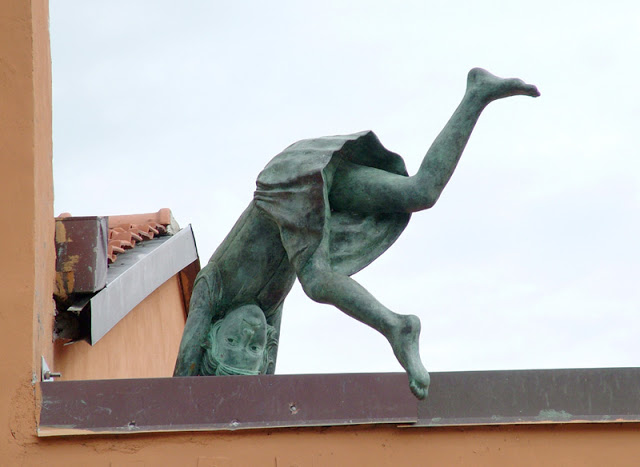 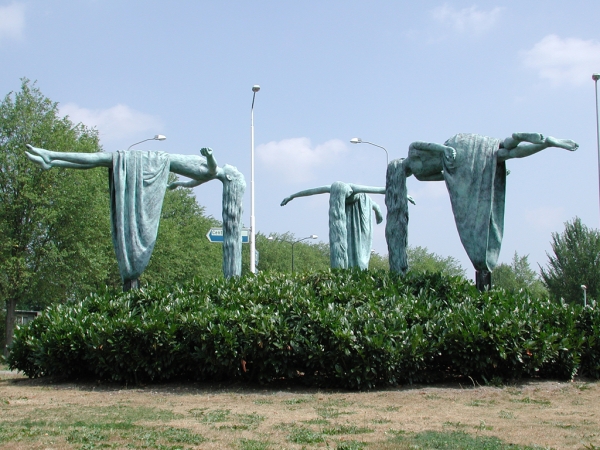 A controversy concerning Virgins of Apeldoorn arose in 2017 when Ferdinand Cacnio unveiled his statue Uplift at University of the Philippines in Manila. Uplift is not on topic for Pigtails because it is the statue of an adult young woman, so I will not include an illustration of it here. Uplift is very similar to the Virgin of Apeldoorn lying on her back. Elisabet Stienstra’s husband wrote on Facebook that, “Elisabet doesn’t do Facebook herself. She [Elisabet Stienstra] would like it to be known however that she sees Mr. Cacnio’s sculpture as plagiarism.” Ferdinand Cacnio denied that he copied his statue from Stienstra. 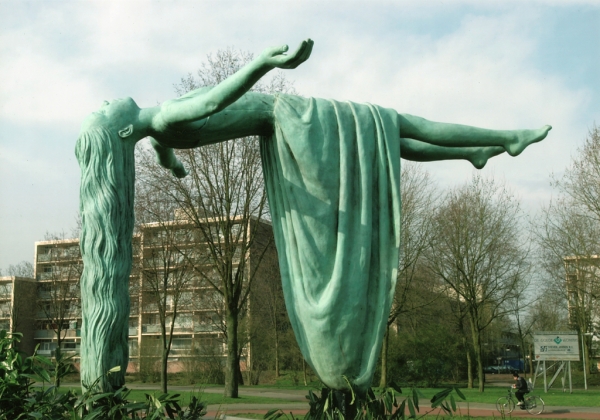