Josef Breitenbach was born in Munich in 1896. He attended a technical high school and later trained as a salesman and a bookkeeper. He participated in the 1918 Bavarian coup, and became acquainted with the Munich art community during the time he served in the short-lived revolutionary government. Although he had no formal training in photography, he took it up as a hobby in 1927. In either 1930 or 1932 (sources differ) Breitenbach opened a professional photography studio in Munich. 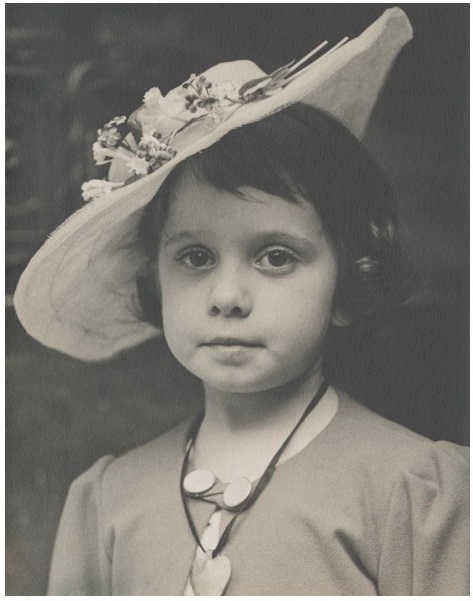 Breitenbach was a successful photographer of both portraits and artistic, sometimes abstract compositions. Josef Breitenbach is best known for his use of Surrealism, but also employed Modernism and Pictorialism. Clients included celebrities as well as people not widely known. Girl Wearing a Hat is typical of his portraits during this period. Breitenbach did not give a title to this photograph, or to most others in this article. I composed captions for the first ten photos appearing in this article. The last four photos in this article, all taken in Asia, are captioned with titles given to them by Breitenbach. 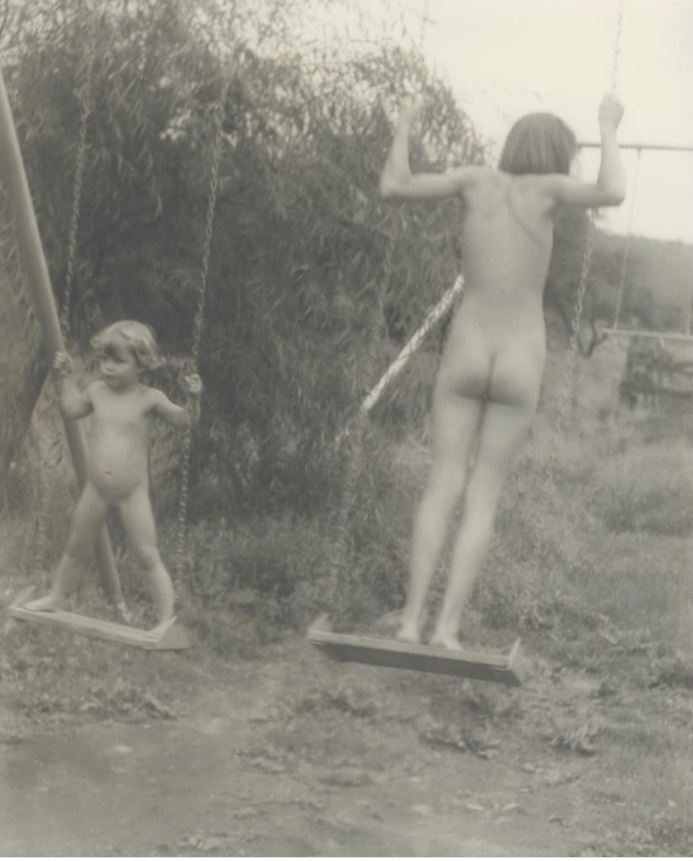 Political activities of Breitenbach and his son, as well as the fact that he was Jewish, made life in Munich difficult for him, so in 1933 he moved to Paris. Paris was the hub of Photo-Surrealism, and Breitenbach’s photos were exhibited with those of Man Ray, Brassaï, Henri Cartier-Bresson, Eli Lotar and Roger Parry. Artistic nude images, which Breitenbach began making in Munich, were also among his Paris photos.

The University of Arizona archive contains duplicate or near duplicate prints of many photos. Sometimes, but not always, the hair style makes it possible to determine if a child photographed from the back is a boy or girl. Breitenbach took close up photos of female external genitals which I was surprised to find online in a public university collection, and which would not be suitable for Pigtails. Since Breitenbach photographed at least one adult model with a shaved pubis, it is not always possible to determine if the pubic close up photos are of a woman or a young girl. As best as I could ascertain, there are 485 nude photographs (including duplicate or near duplicate prints) in the University of Arizona collection. Approximately 96% have only female models, 2% have both male and female in the same photo, and 2% are male only. Of the nude females, approximately half are adult women, and half are children and adolescents. After viewing his photographs, it surprises me that Breitenbach has not inspired more controversy. Could it be that because Breitenbach was an established art photographer, recognized as such by respectable society and by the United Nations, he could get away with edgy work that would mean trouble for less famous photographers? 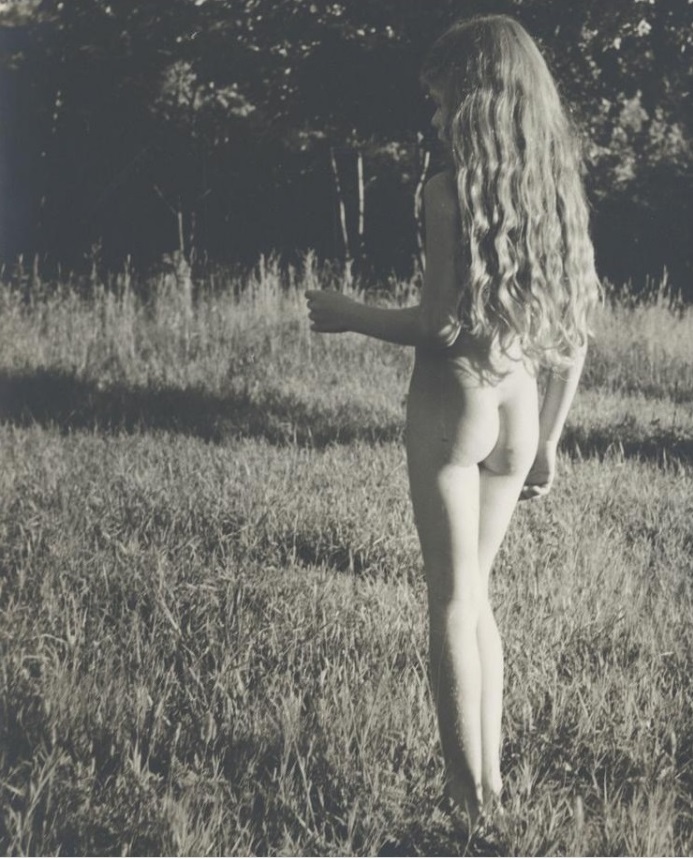 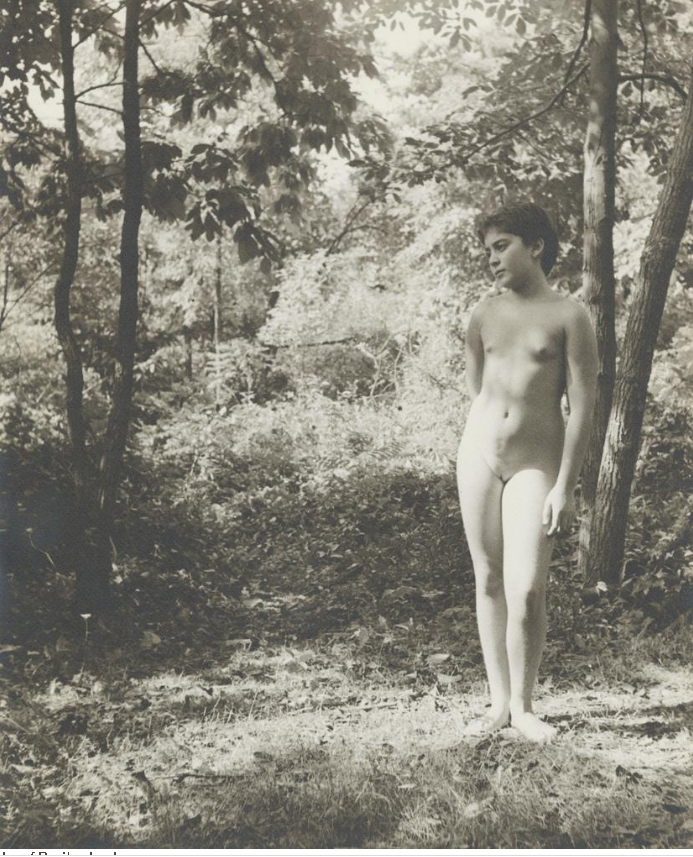 Most of Breitenbach’s nudes are either standing or lying, with significantly fewer sitting poses. Standing models were photographed from the back about as often as from the front. Representative examples of front and rear poses are shown in Standing Girl and Standing Girl with Long Hair. Girl in a Forest (1) and (2) feature the same model, the same background, and almost the same pose. By coming in closer in Girl in a Forest (2), and aiming the camera upward at an angle, Breitenbach was able to obtain a different effect. 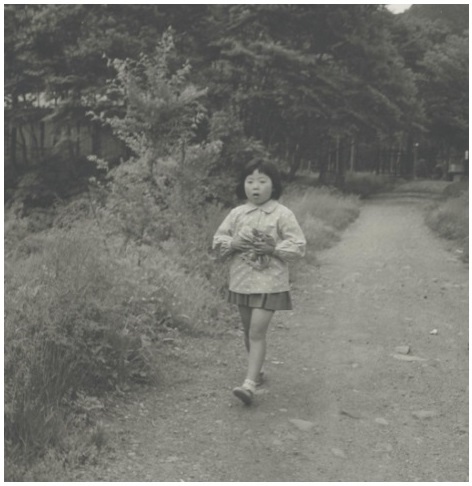 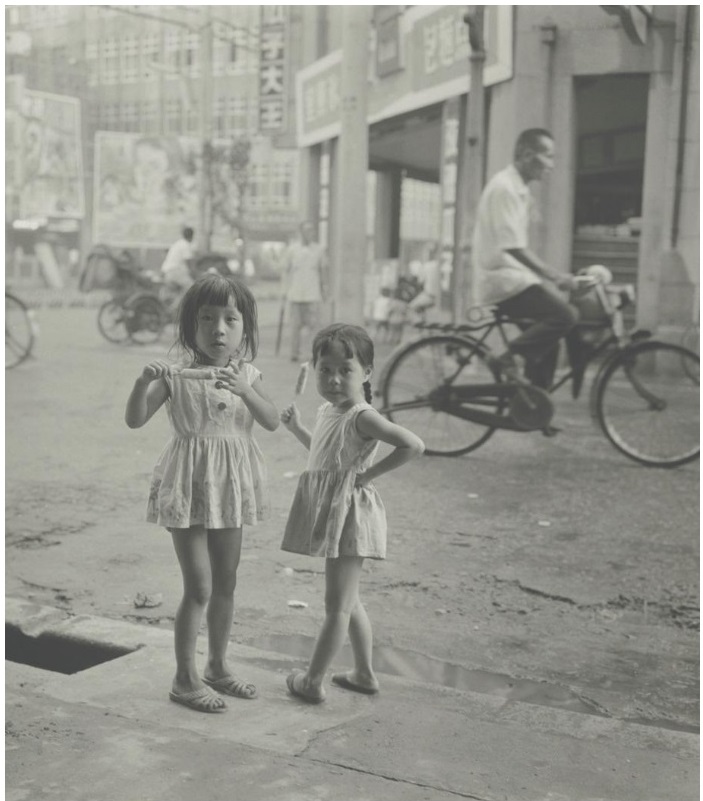 During the 1960s Breitenbach went to Asia to do photographic reportage for the United Nations. The last four photos are all from Asia in the period of 1960 to 1967. All have been given titles by Breitenbach, and all but the first, Nikko, were given titles that tell where the photo was taken. Nikko was taken in Japan. Korea, Seoul is unusual for Breitenbach’s work because it is in color. Breitenbach took a monochromatic photograph of a different Korean girl who, like the girl in Korea, Seoul was bare below the waist on a public street. 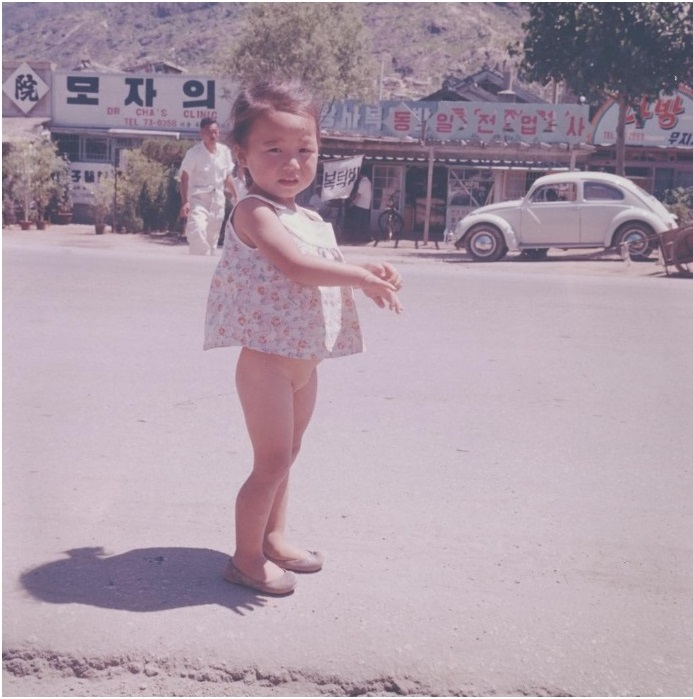 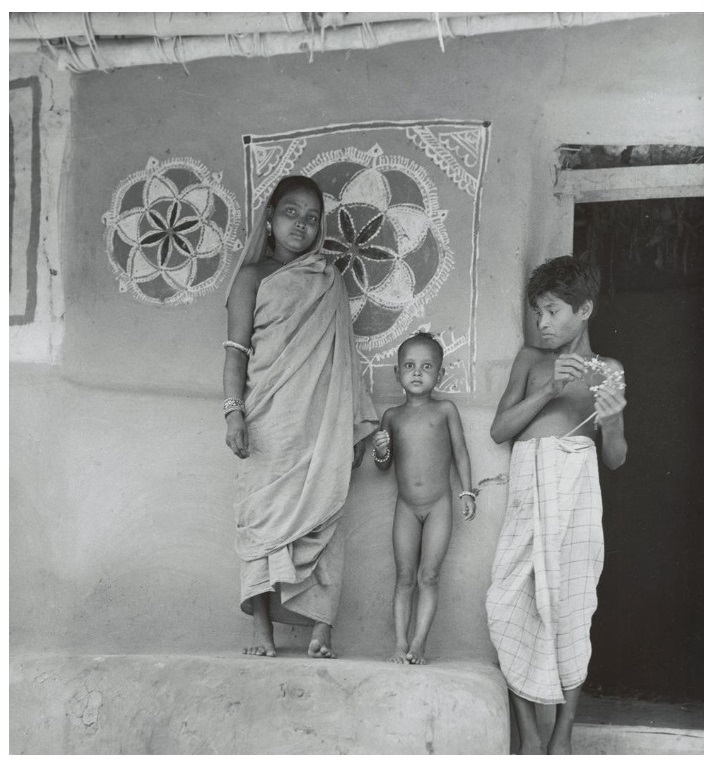 Josef Breitenbach – India, Orissa (near Konarak),Wall Painting Made by Women (1967)

Josef Breitenbach died in 1984 in New York City. Since his death there have been at least 26 one-person exhibitions of his work in America and Europe.