Natalia Rak is a contemporary Polish painter, born in 1986, and studied art at University of Lodz. Rak is famous for her very big paintings on the exterior walls of buildings. Women and girls are common subjects of her paintings. In a 2016 interview for The Forest Magazine, Natalia Rak said, “I am a woman and I think I do understand women, even though we are complicated creatures. It is easier to portray affection through a subtle female body and face, than through a male … when I paint children there are no such issues when selecting gender.” Rak acknowledged in the same interview that there are difficulties, and even danger in painting high buildings, especially in bad weather. Nevertheless she seems to enjoy art, and is appreciative of the opportunities to travel that she gets because of her painting. 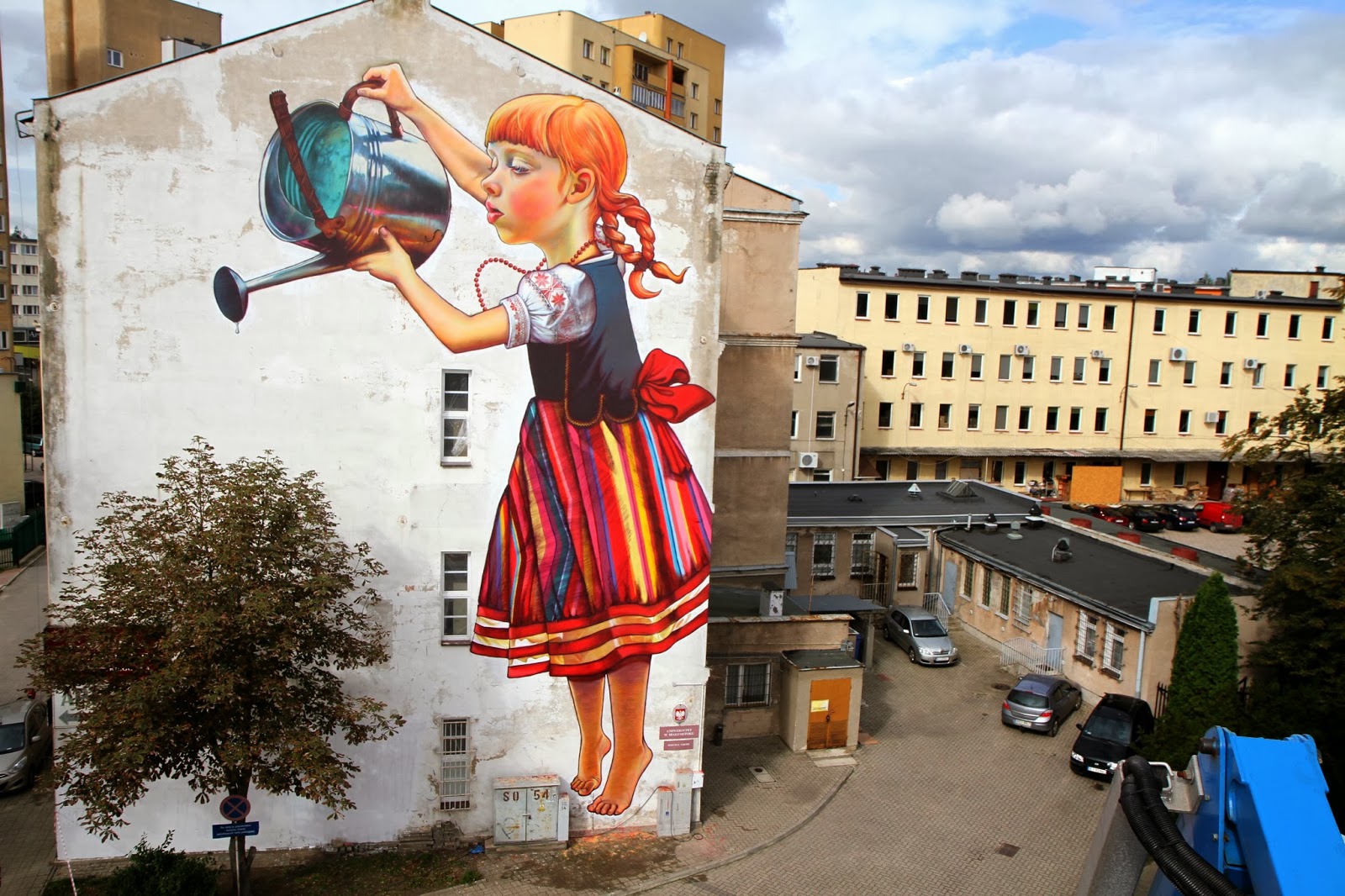 Legend of Giants, also known as Girl with a Watering Can, is Natalia Rak’s most famous painting. Rak said that Legend of Giants is “my dearest, and at the same time, most cursed work. … This mural has somehow confined me in specific areas, which I can not free myself from. Everyone would like to have a little girl on the wall, but I do not want to paint cute little children for the rest of my life.” Legend of Giants is on a building in Białysok, Poland. It shows a girl in traditional Polish dress apparently watering a tree growing in front of the building. 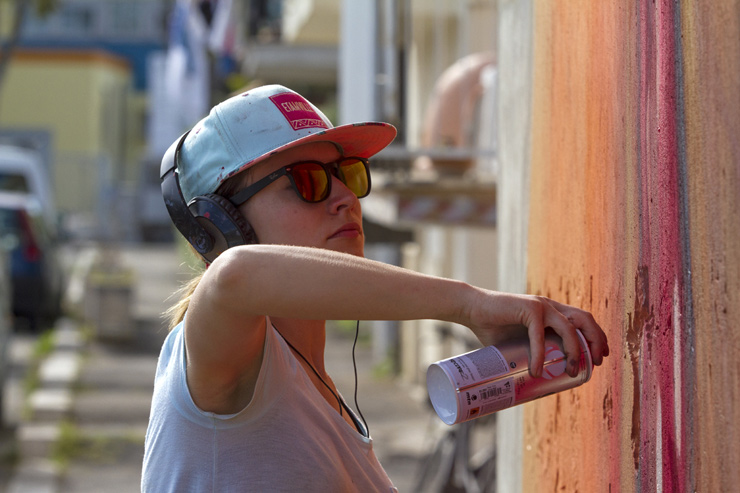 Although Rak does not want to confine her art to depictions of cute girls, she acknowledges that paintings of girls are popular, and she has created several. All six of the murals featured in this post include girls. 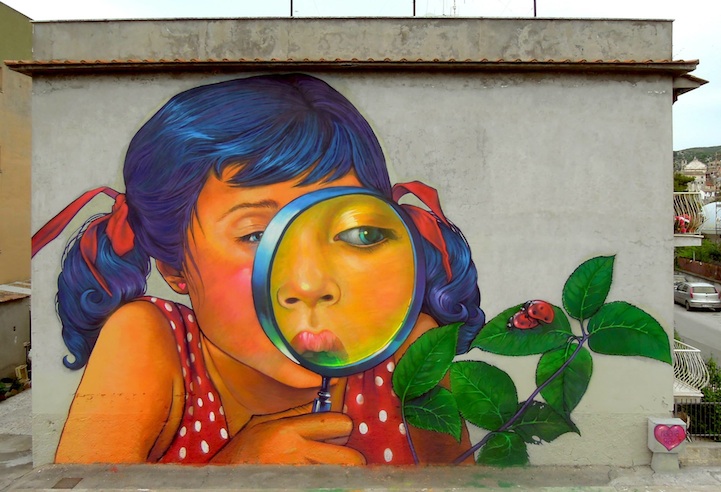 Explore Nature is a painting of a girl using a magnifying glass to observe a ladybug beetle. Rak painted it on a building in Terracina, Italy for the Festival Memorie Urbane in 2014. 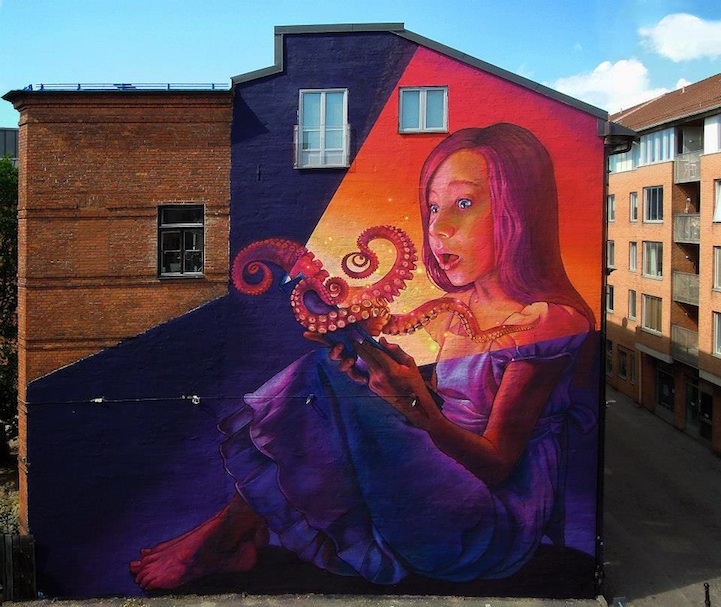 Magic Book was painted in the same year, 2014, for the Art Scrape Festival in Malmo, Sweden. I was surprised to read that Rak took “several days” to paint Magic Book. Given the size of the painting, I would have thought that the painting would have taken weeks rather than days. A cherry picker was used to allow the artist to paint high on the building. 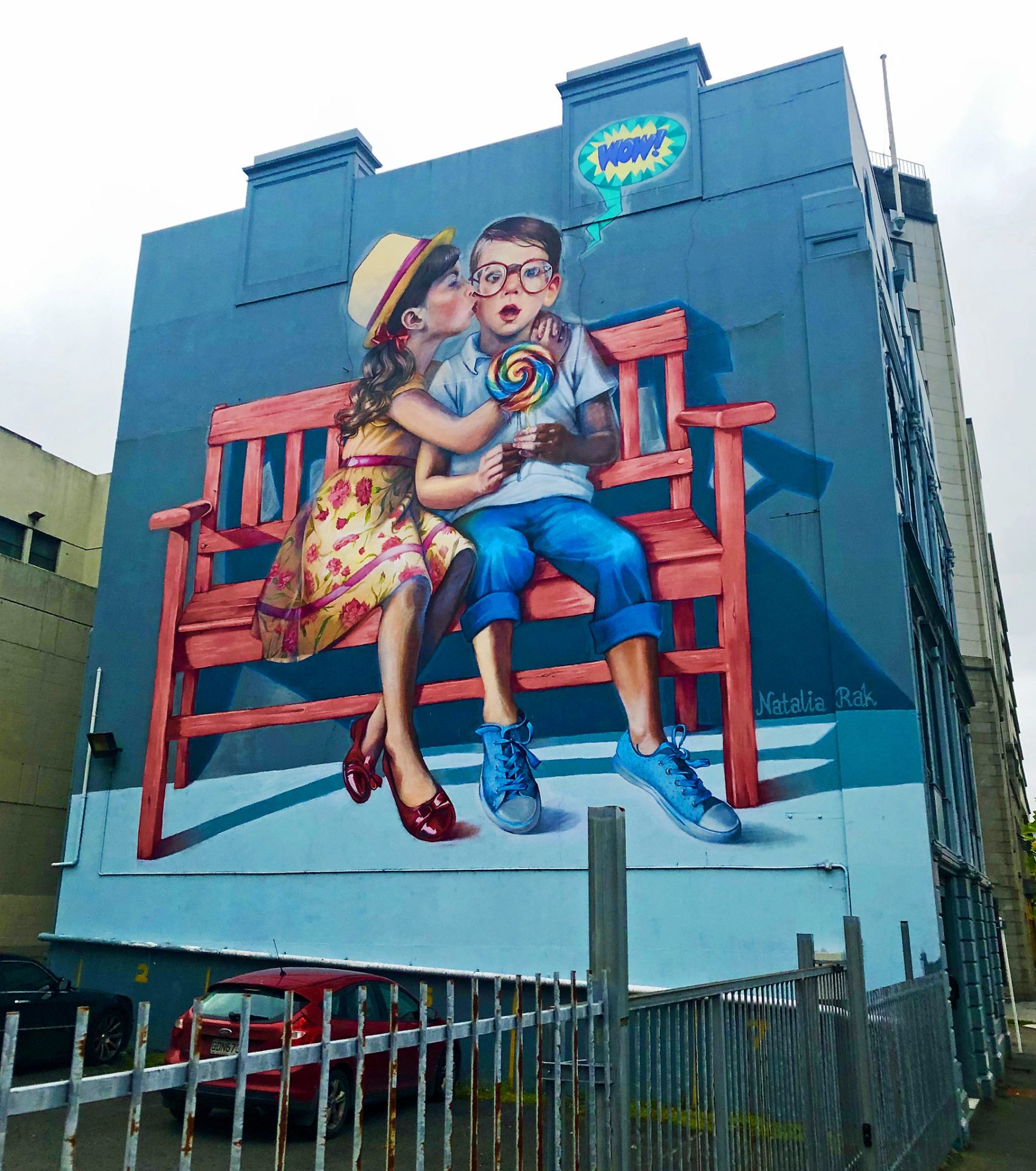 The next two paintings are both from the year 2015. Love is in the Air is in Duneden, New Zealand. It is the only Rak painting I have seen in which a word spoken by a character is painted. Adventure Time is in Providence, Rhode Island. It reminds me of Magic Book, in both paintings a girl in darkness opens something to discover a fantasy world. 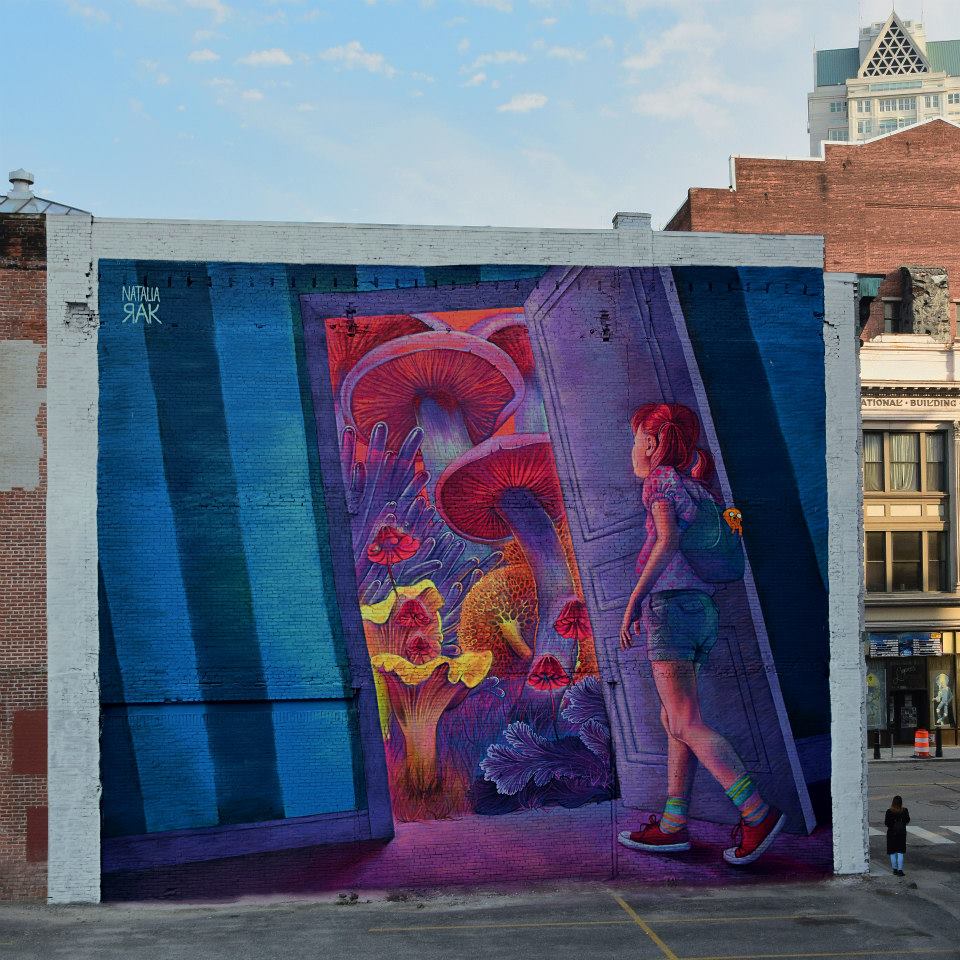 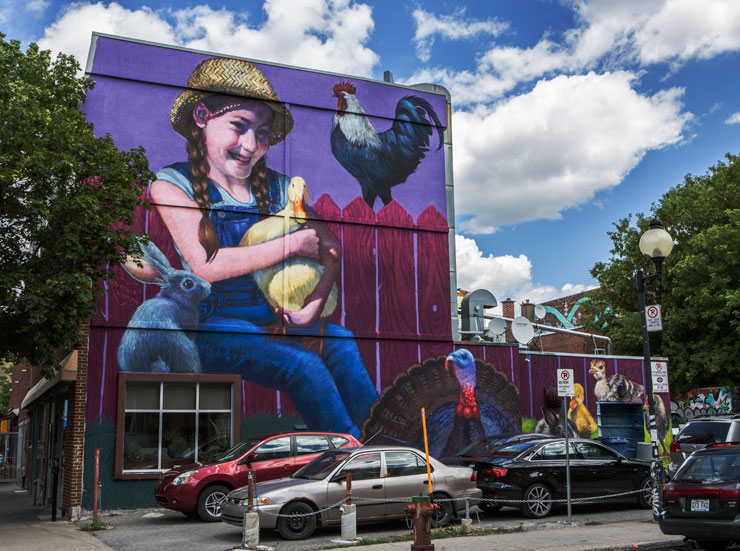