Nicolas Luc-Olivier Merson was born in Paris in 1846. His father was a painter, and Luc-Olivier followed his father in becoming an artist. He studied in France and Italy, and was awarded several honors and commissions. He was a leading painter of the Classicism school, adhering to traditional styles. Merson’s designs for currency and postage stamps were accepted by the French government. Merson was awarded the Legion of Honor for his contributions to French art. 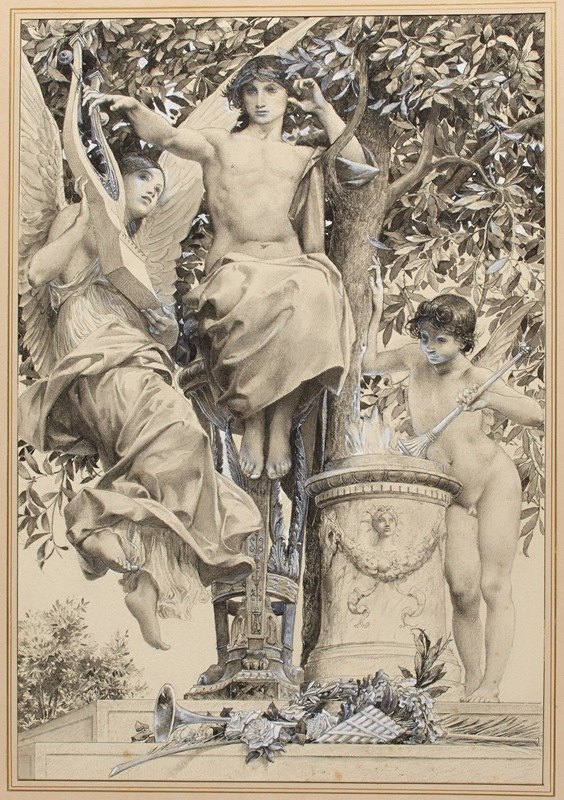 Most of the figures in Merson’s paintings are adults. Male children are often portrayed as cherubs, but they are painted with a very effeminate appearence. The first of Merson’s work shown in this post does not have any girls in it, but I hope Ron will allow it because it is an example of how Merson made illustrations of boys that look like girls. In many of his paintings, the cherub’s sex is concealed by the pose or drapery. In this illustration the male genitals are visible, but are small and seem to have been added as an afterthought.

I am reminded of a post in Pigtails here, about Eugene Delacroix. Delacroix used a female model for the infant Jesus, and Pip wrote, “There is also an argument to be made that he may have chosen a female purposely, since feminine children were already perceived as prettier and more graceful than masculine children by then…” In addition to Delacroix, the painter Eliseu Visconti and the sculptor Abastenia St. Leger Eberle used a female models to portray boys. I have a feeling that Merson may have also used female children as his models, even if they were portraying males. 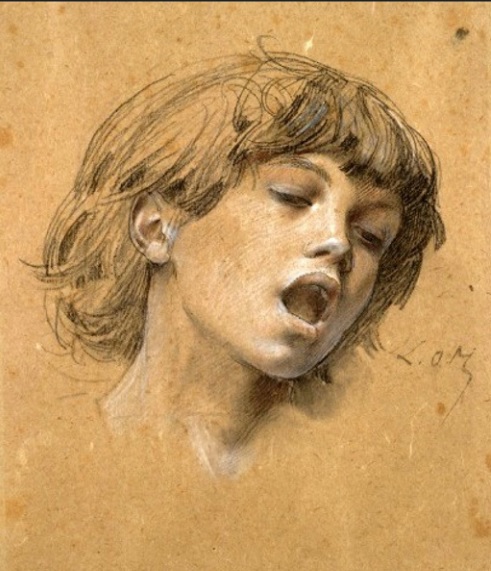 The following two drawings are from different places on the internet. Fillette Nue (Naked Girl) is the title of the first. The second was titled in English Head of Boy Singing. It looks like the same model was used for both drawings. Was the model a boy or a girl? 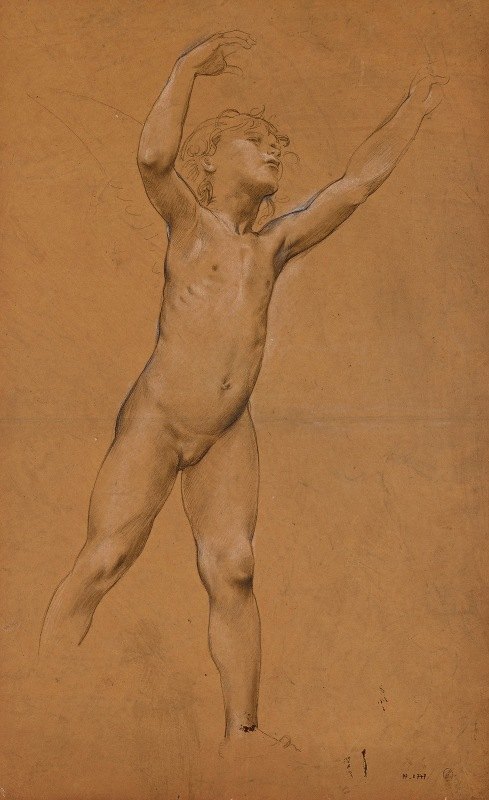 Etude de Fillette Nue appears to be the same model as Fillette Nue and Head of Boy Singing. In this case, there is no doubt that the model was a girl. Note the similarity in the musculature of the legs and hair style. Note also a faint sketch of wings behind the figure. Apparently this figure was intended to be painted as a cherub. Since Merson tended to strictly follow classical conventions, his cherubs were male, even though the model may have been a girl. 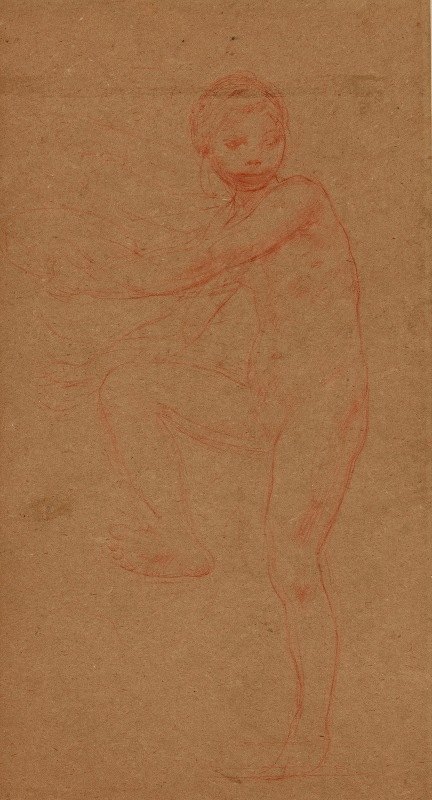 Opéra-Comique is a prestigious Paris opera company. Luc-Olivier Merson apparently created an artwork for Opéra-Comique, but I was only able to find this drawing that seems to be a preliminary sketch. Merson made many drawings (but not paintings) of children, including boys, girls, and those whose sex was indeterminate. Strangely, I was not able to find a painting (as opposed to a drawing) of a child that was definitely intended to be a girl. 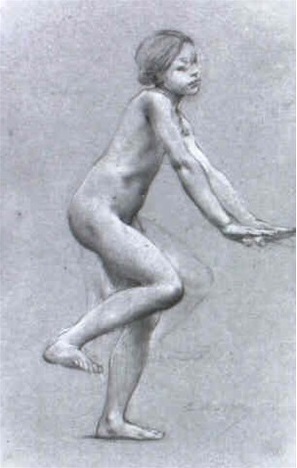 Young Girl is a drawing, but it is not strictly monochrome; it was drawn with red chalk and black pencil. 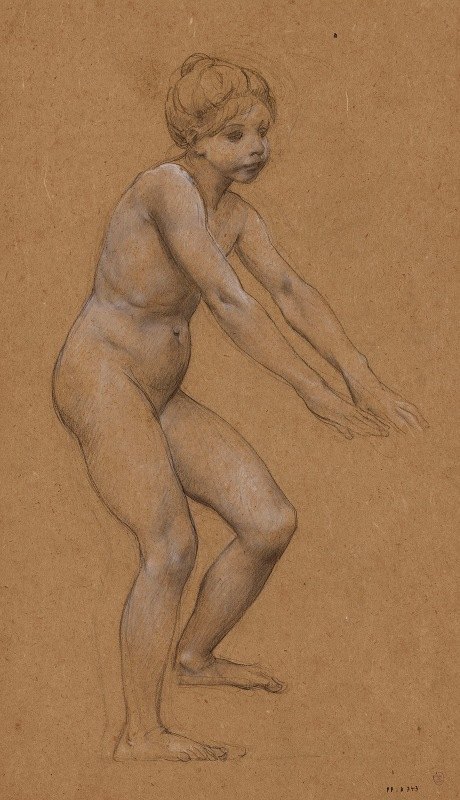 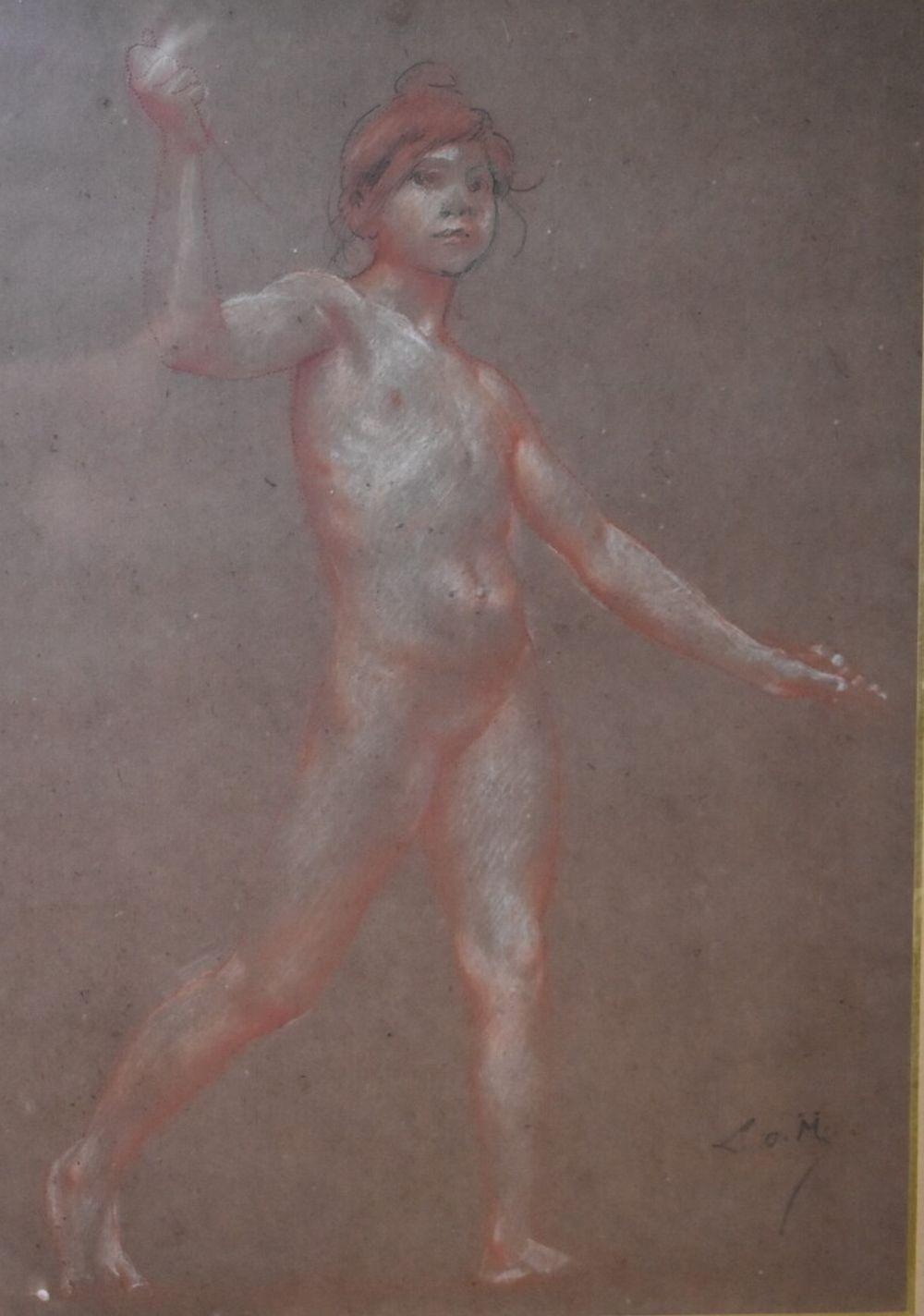 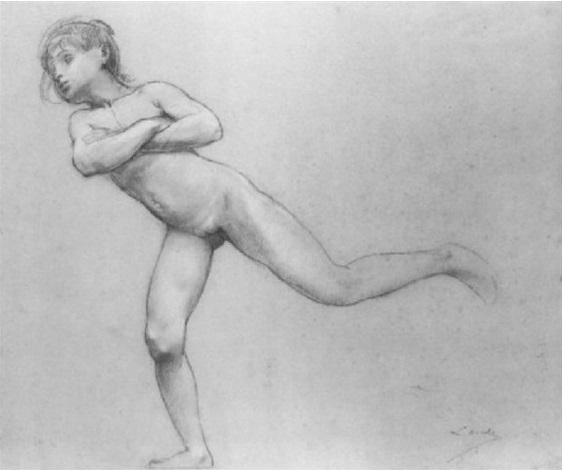 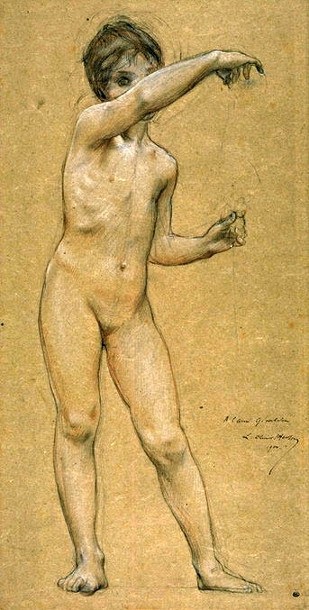 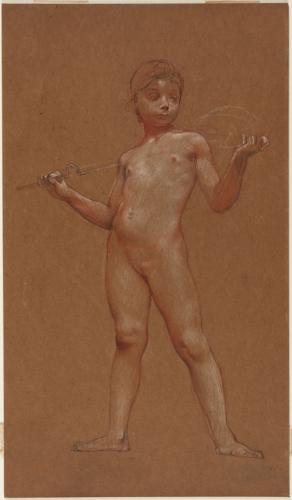 3 thoughts on “Drawings by Luc-Olivier Merson”