The Wikipedia entry for Manon Gropius lists her occupation as “muse”. It was not an occupation for which she was paid, but she did inspire works of music, literature, and sculpture. 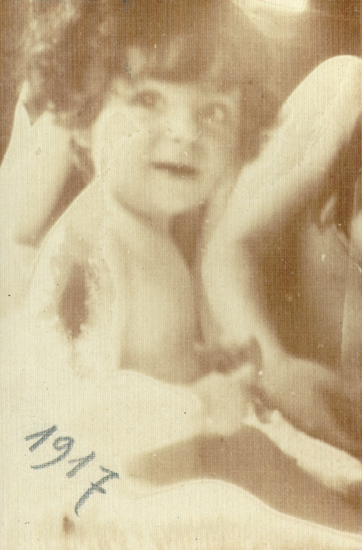 Alma Manon Anna Justina Carolina Gropius (nickname Mutzi) was born in Vienna, Austria in 1916. She was the daughter of Walter Gropius and  Alma Schindler Mahler Gropius. Manon’s father, Walter Gropius, was one of the outstanding architects of the 20th century, and the founder of the Bauhaus school of art. Manon’s mother, Alma Gropius, was a composer, diarist, and socialite. Alma Gropius was an attractive woman known for a scandalous life of adulterous affairs and multiple divorces. Alma began an affair with poet Franz Werfel in 1917. Werfel was the father figure during Manon’s childhood. 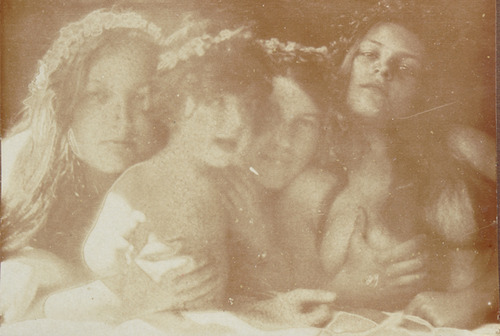 Anonymous – Manon Gropius, Anna Mahler on Right, and Two Others (1917)

Manon’s parents separated when Manon was two years old. Her early childhood was spent traveling between her mother’s three homes, two in Austria and one in Italy. She was short-tempered as a young child. At age five Manon decided that she wanted to be an actress, and that was her goal for the rest of her life. Alma was quite proud of her daughter Manon’s beauty, and she allowed Manon to go naked as much as possible.

Manon mellowed as she entered puberty. She developed an interest in religion. Although she had been baptized as a Protestant, Manon felt that the Catholic concept of spirituality was more compatible with her. In 1932 she converted to Catholicism. Manon’s kindness, innocence, and beauty made a deep impression on people. The author Elias Canetti described 16-year old Manon as “an angelic gazelle”.

Canetti considered Manon to be the opposite of her mother Alma. Alma, in Canetti’s opinion, viewed Manon as just another trophy of which to boast; like Alma’s expensive possessions, and the many men with whom she slept. As Alma aged her ability to manipulate men with her beauty waned. Alma apparently hoped to continue to manipulate men, at least vicariously, through her beautiful daughter Manon. Manon, however, was developing into a very gentle, non-manipulative young lady. 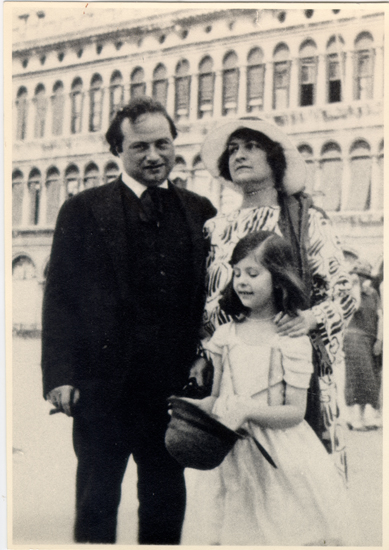 Franz Werfel seems to have had a deep platonic love and respect for his stepdaughter Manon. He compared her to saints, especially to St. Francis of Assisi, the patron of animals. This was because Manon had a remarkable affection for animals. Manon loved animals, and animals loved her. It is normal for a girl to love her pet cat, as Manon did, but Manon’s empathy with animals extended much farther. Domestic dogs and cats that did not know Manon would follow her. She could approach wild animals that normally fear people. Her affection was not only for cute animals like dogs and cats, but even included snakes. 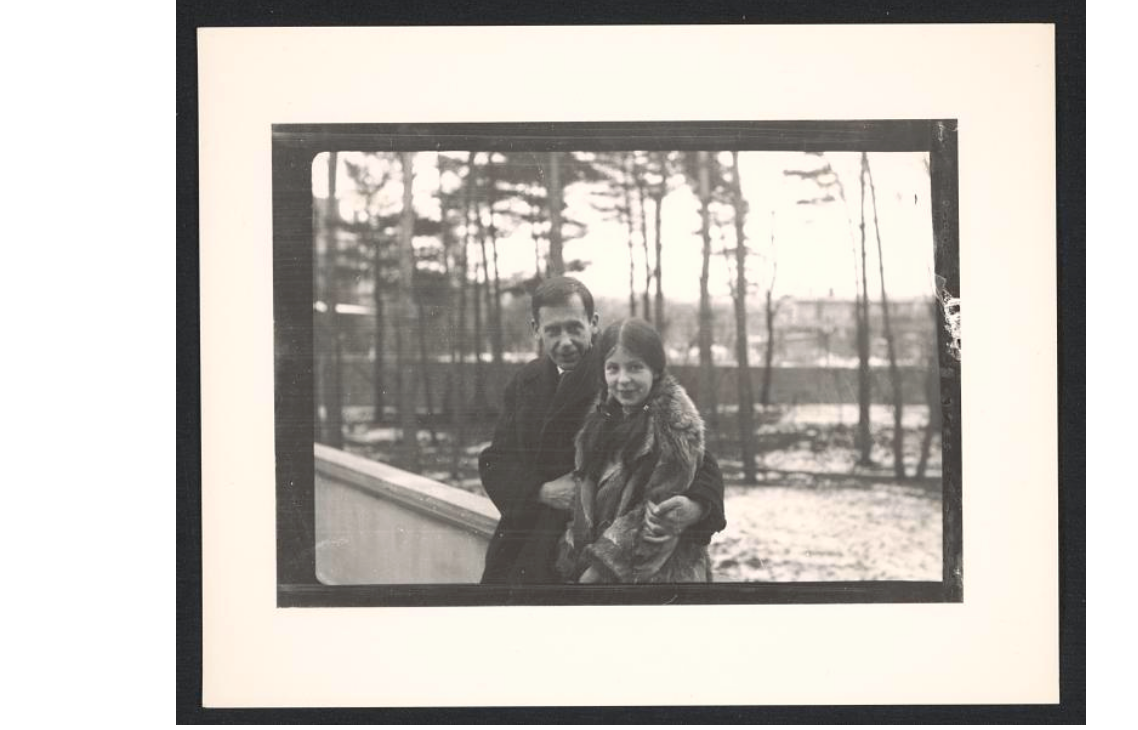 Anonymous – Walter Gropius and his Daughter Manon Gropius at Dessau (1927)

In the spring of 1934 Manon caught polio in Venice, Italy. She started to recover to an extent, but other complications arose, and she was in poor health for the rest of her short life. She died a year later on Easter Monday 1935. She was eighteen. 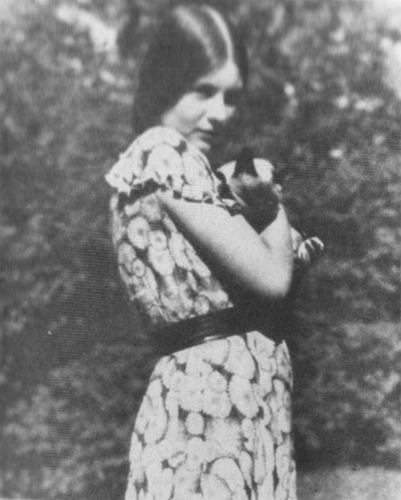 Franz Werfel and composer Alban Berg were both at Manon’s funeral, and both vowed to memorialize her in art. Berg had been working on an opera at the time of Manon’s death. He quit working on the opera and switched to composing a violin concerto in memory of Manon. He completed the concerto Dem Andenken eines Engels (In Memory of an Angel) before he died on Christmas Eve, 1935. Critics of classical music consider Berg to be one of the great composers of the 20th century, and Dem Andenken eines Engels is considered to be his greatest work. An article in Pigtails about Gilbert O’Sullivan’s muse Clair Mills provoked controversy due to differing interpretations of the lyrics expressing love for Clair. Dem Andenken eines Engels uses programmatics in the music, rather than lyrics, to express love for Manon, and has not aroused any controversy of which I am aware. 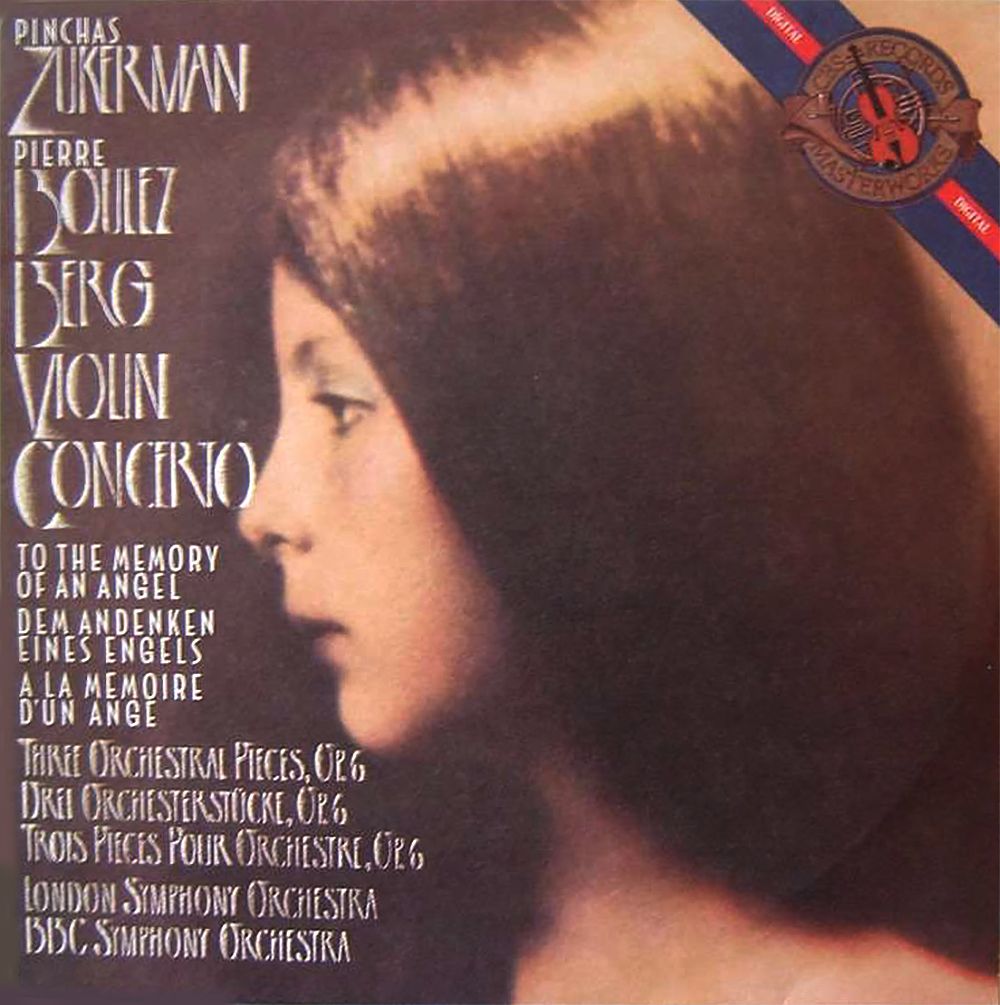 Werfel took longer to write his novel as a tribute to Manon. In 1935 he planned a novel about a fictional 17th century saint, but it was still only a plan in 1940. By that time Europe was at war, and Werfel was among the refugees fleeing to neutral Spain. On the journey to Spain he stopped at the French village of Lourdes. There he heard the story of the teenage girl, St. Bernadette Soubirous, who in 1858 encountered the Virgin Mary at a grotto near the village. Werfel changed his plan from a novel about a fictional saint to a novel about a real saint, and completed writing Das Lied von Bernadette in 1941. Das Lied von Bernadette is what we would now call a historical narrative; the main events and characters are real, but details and conversations have been added to give the characters a personality and make them seem alive to the reader. The personality given to St. Bernadette is that of Manon Gropius. Das Lied von Bernadette was translated into English as Song of Bernadette in 1942, and was number one on the New York Times best seller list for thirteen weeks. Song of Bernadette was released as a movie in 1943.

Manon Gropius has also been memorialized in literature in the Nobel Prize winning memoirs of Elias Canetti. Canetti devotes two chapters of his memoirs to Manon. Manon’s World : A Hauntology of a Daughter in the Triangle of Alma Mahler, Walter Gropius and Franz Werfel by James Reidel (2021) is another novel about Manon Gropius.

Manon’s half sister Anna Mahler sculpted a statue of a young woman holding an hourglass for Manon’s gravestone. This statue was destroyed by bombing during the war, before it was ready to be placed on Manon’s grave.  After the war Manon’s father, Walter Gropius, designed the Bauhaus style marker currently on Manon’s grave.

6 thoughts on “Manon Gropius, the Muse”