Barbara Bradley was one of the most popular illustrators of the 20th century, but her name is not well-known by the general public. Artists recognize her as one of their profession’s greatest. She was born in 1927 and developed an interest in drawing while still a child. In a 2008 interview for femaleillustrators.blogspot she said that she was influenced by comic artists Hal Foster and Milton Caniff. She drew the illustrations for her high school yearbook. After high school she attended college for seven years, but did not get a degree. Later she was awarded an honorary doctorate. 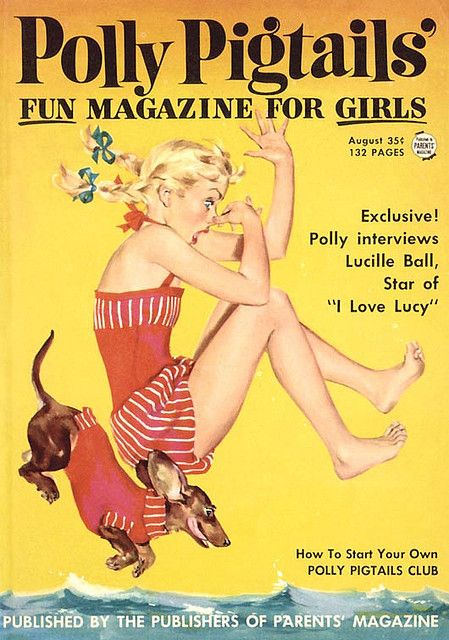 In the early 1950s she was working as a professional illustrator. Bradley was well-known for her illustrations in Polly Pigtails’ Magazine for Girls. Below are three of Barbara’s illustrations featuring Polly Pigtails and her dog. She said that the dog was one of her best models. 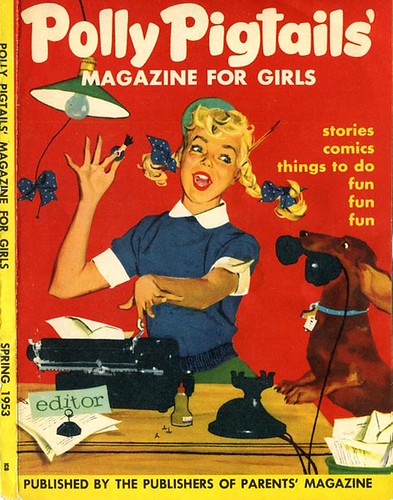 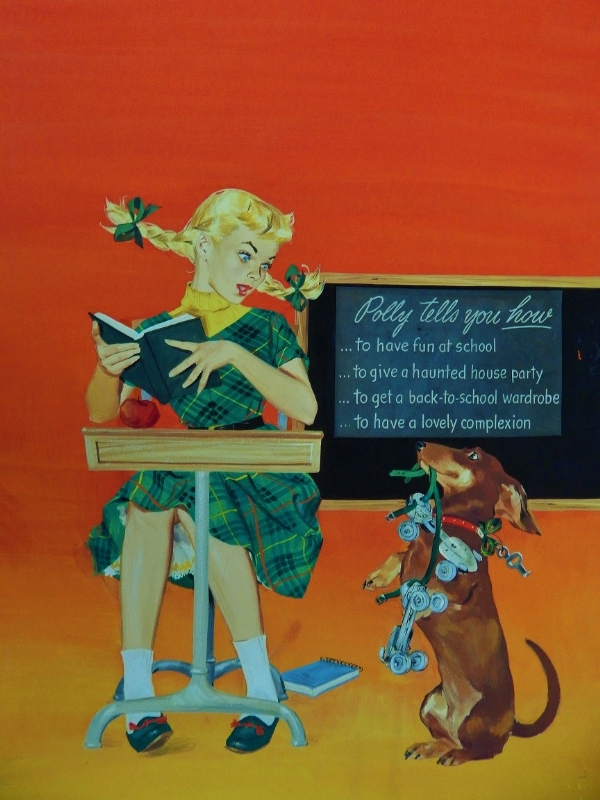 Bradley also worked for the Merrill Publishing Company. Four of her cover illustrations for Merrill children’s books are shown below. The books were for both boys and girls, and so a typical cover illustration included children of both sexes. However, Bradley’s main interest throughout her career was to draw girls. Barbara Bradley referred to herself as “Queen of the Perkies and Cuties”. 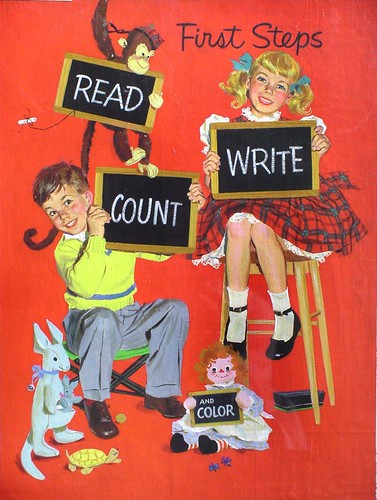 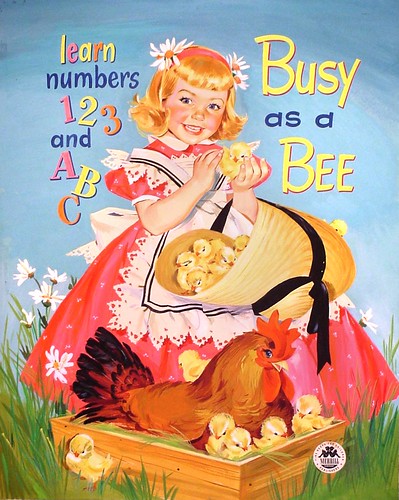 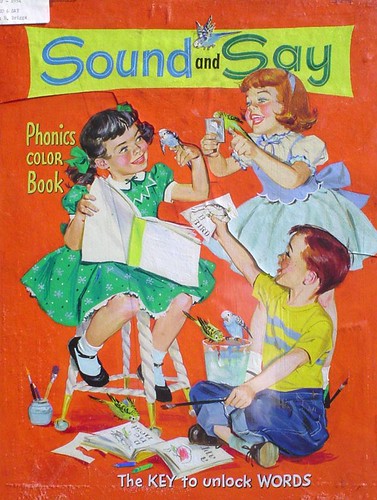 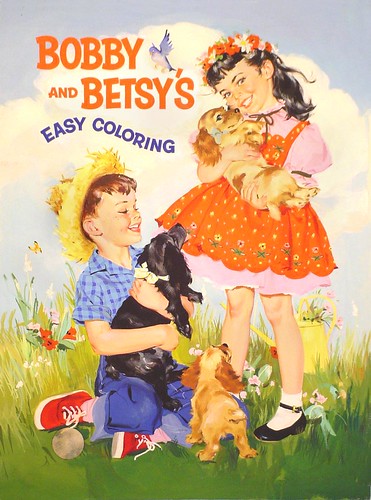 Advertising illustrations were another important part of Barbara’s work. Below are two of her advertising drawings. The Carter’s ad has a boy, a girl, and a dog. Note how often Bradley has animals in her drawings. The other illustration is for a Dole’s Pineapple advertisement. The style is entirely different than her other drawings, proving Bradley to be a very versatile artist. 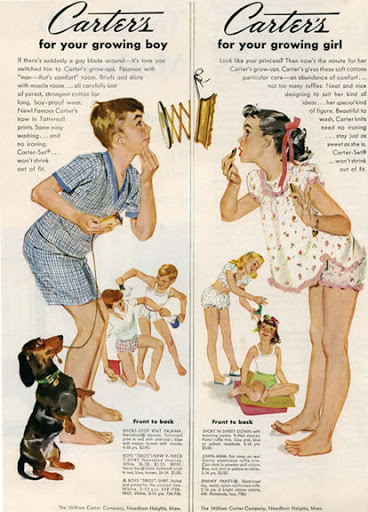 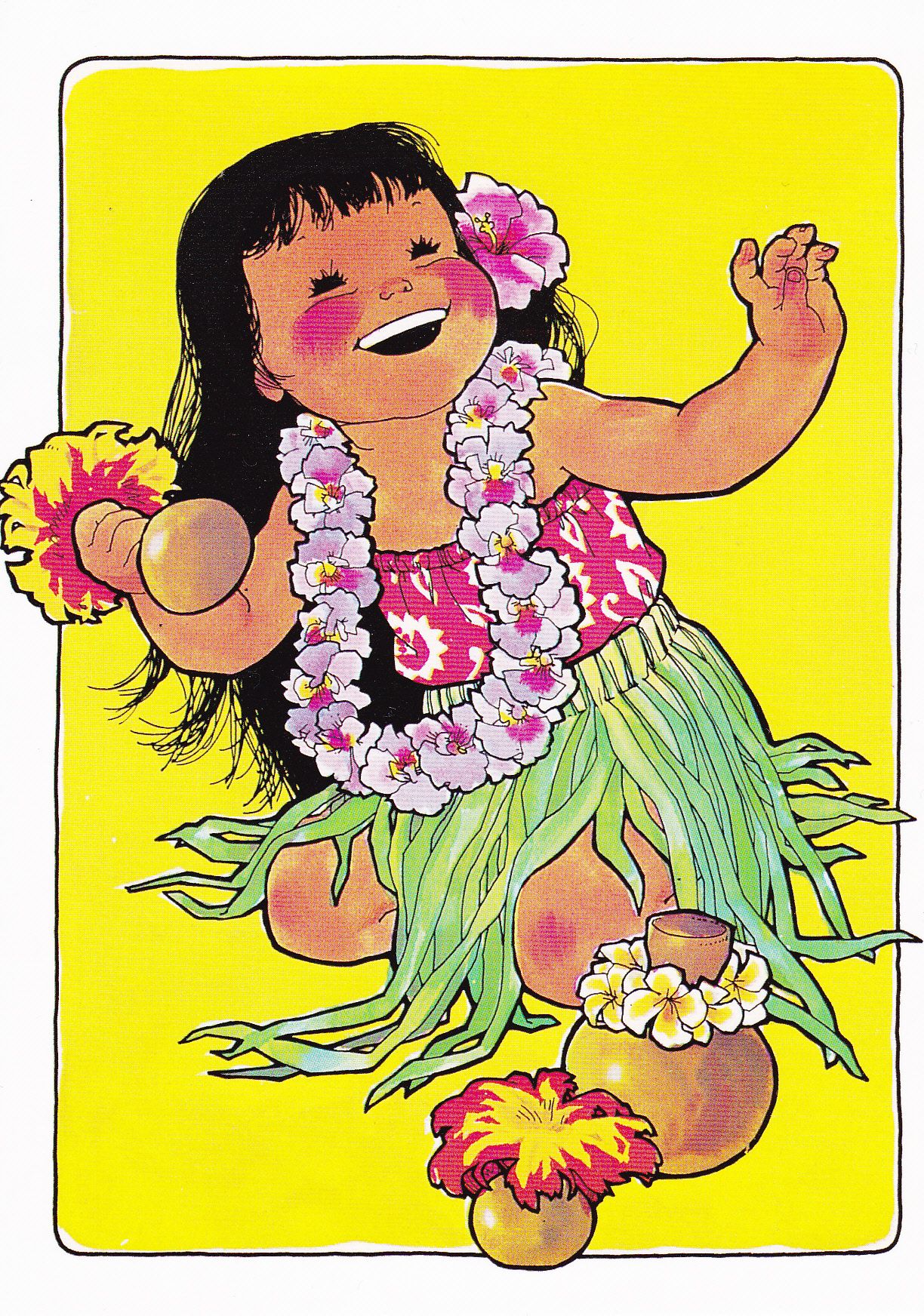 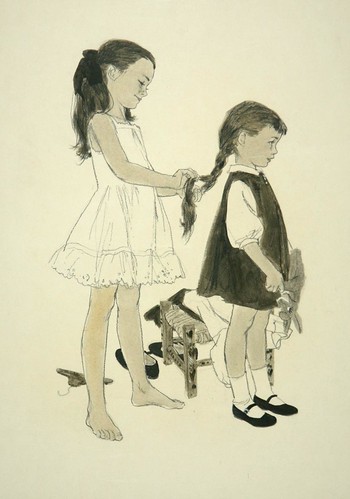 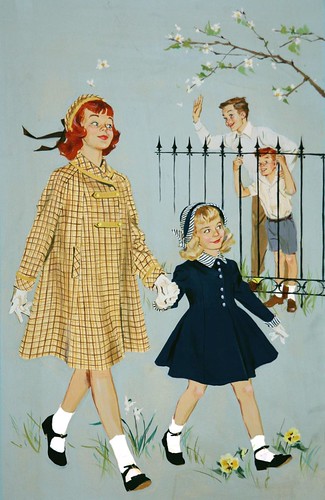 The next two illustrations show a helpful sister, and girls getting attention from boys. I thought these illustrations were particularly effective in evoking a mood. The last picture is the cover of her book, Drawing People. This book has been acclaimed by artists as one of the best instruction manuals for drawing the clothed figure. When Bradley began the book she went at it as a perfectionist. Then her granddaughter was born, and the book occupied a much lower priority. Her book was published in 2003, and Barbara passed away five years later. 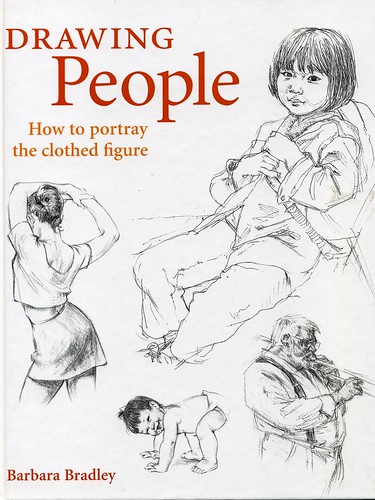