With ongoing new technology, there is always a learning curve in adopting it. In my case, I have been binging podcasts and catching up on over a decade of material that I have not had time to keep apprised of.

Ilona Granet is an example of an artist who isn’t really famous but should be. A set of unfortunate circumstances seems to have conspired against her. One of those circumstances is the advent of digital technology in the production of signs. Granet got her start by making signs which were always hand-made and contracted out individually by businesses and government agencies. In that vein, this artist—objecting to the prevalence of misogyny in public places in New York City—actually got permission to post signs about the city with various warnings for men to curb their libidos in public. They were made to resemble government signs but with a startlingly different content. One of her later productions was a series of signs depicting Little Red Riding Hood. This character is well-known as a representation of innocent girlhood and the menace of adult sexuality which is in line with Granet’s general theme but unusually idyllic for the artist. As expected, it is a kind of dream of a world where girls can frolic freely without harassment. 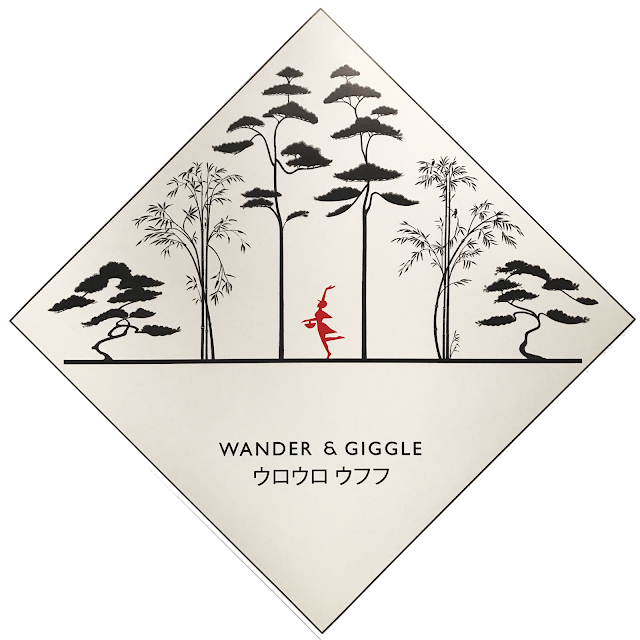 Due to the kind of foliage depicted and the text underneath the English (Katakana), this sign may have been for a Japanese venue.