Glenna Maxey Goodacre (born in 1939) is most famous for her design of the Sacagawea dollar coin and the Vietnam War Women’s Memorial. Goodacre was born in Texas and moved to New Mexico in 1983. Her sculpture is notable for its celebration of the American West, American Indians, and patriotism. Goodacre retired from sculpting in 2016 and died in 2020. She created many sculptures of children, especially girls. Thirteen of her works featuring girls are included in this post. 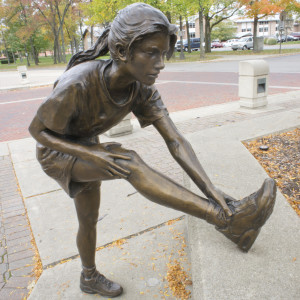 The Runner is on public display in at least three places: Lincoln Park in Kettering, Ohio, Texas Tech University in Goodacre’s native city of Lubbock, Texas, and the University of North Texas in Denton, Texas. The statue is life-size. 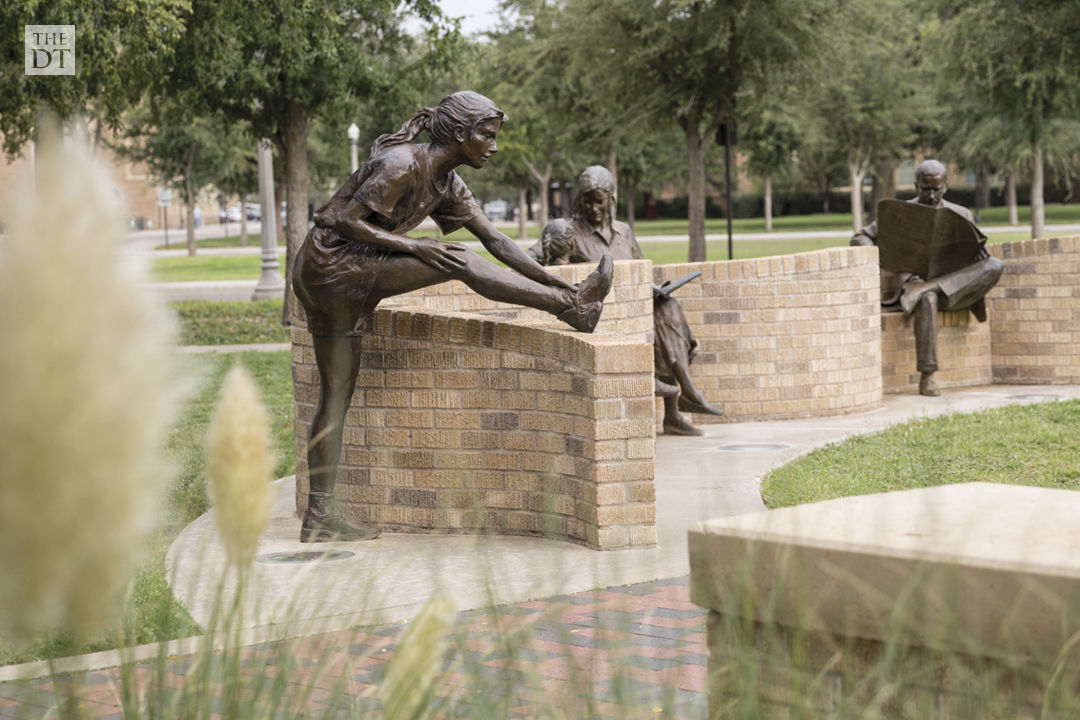 Goodacre’s most famous Indian sculpture is the Sacagawea dollar that went into circulation in the year 2000. Although it has two youthful portraits, Sacagawea was modeled by a college student, and the infant represents a boy. The dollar would not be on topic for Pigtails, but several other Goodacre Indian sculptures are. The two shown below are Little Sister and 3rd Generation. The title for 3rd Generation is enigmatic; I have not been able to discover what it means. 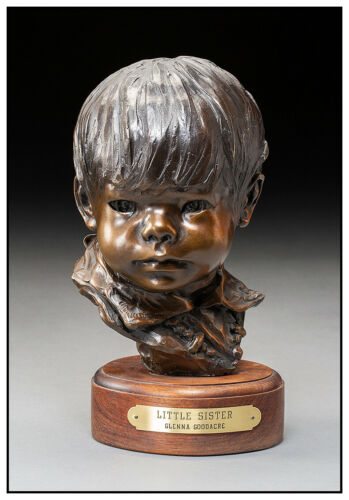 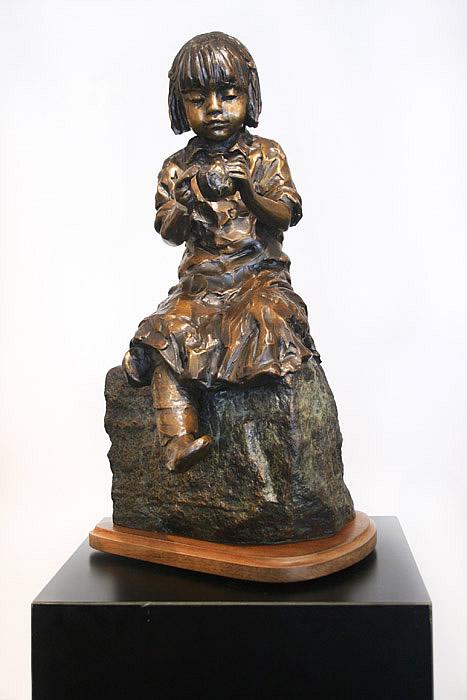 Pledge Allegiance is one of the artist’s most popular works. It is on public display in at least ten cities in the United States. Children depicted in the statue group include both girls and boys. 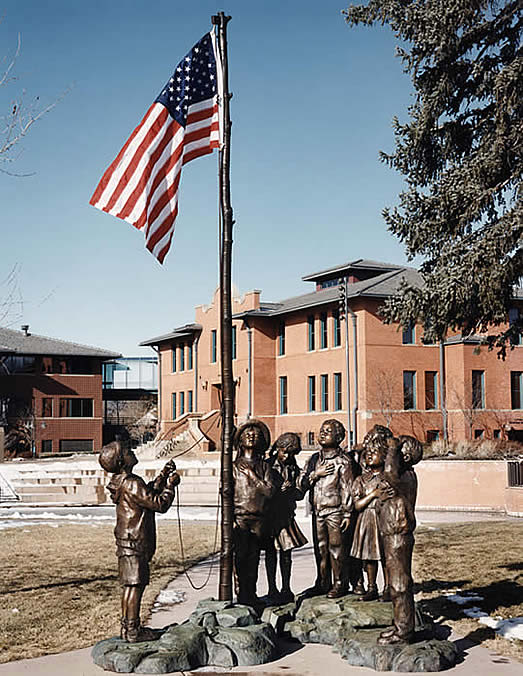 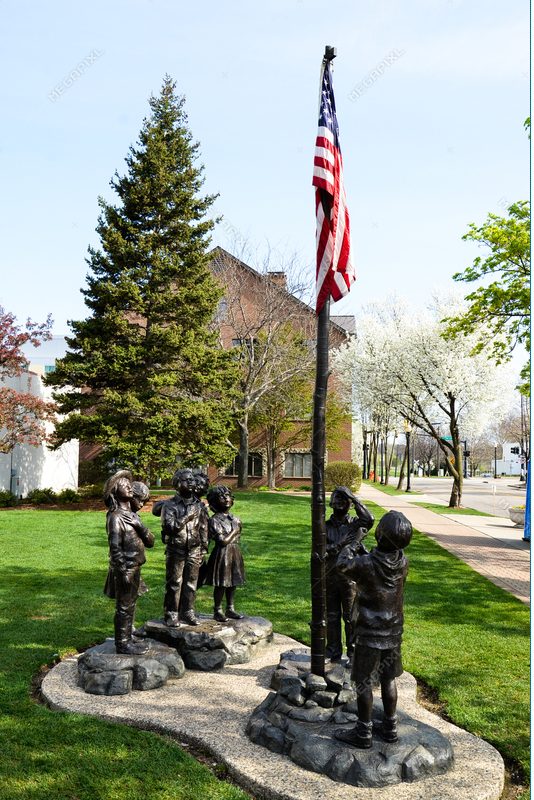 Below are two more groupings that contain both girls and boys. The first is titled Facts of Life. For those Pigtails readers whose native language is not English, I should explain that in the USA, the phrase “facts of life” is a euphemism for information about sex. This assemblage has one boy with crossed arms and crossed legs. On each side of the boy is a girl in a more open posture. The children are discussing something, and the title implies they may be talking about their newly developing sexuality. Nevertheless, there is nothing overtly sexual about this work; the children appear to be innocent friends. 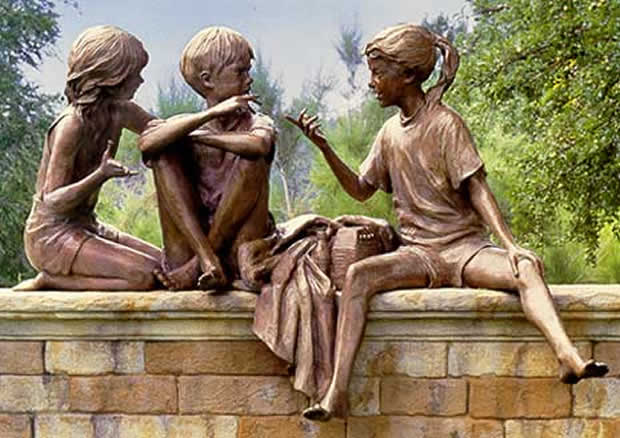 It is interesting to consider how the Facts of Life would be viewed if the sexes were reversed. What if the child with the crossed limbs was a girl surrounded by two boys in a sculpture titled Facts of Life? It might appear that the boys were behaving aggressively toward the girl. Girls, however, are traditionally seen as nonaggressive, and Goodacre tends to use traditional sex roles in her art. This is especially apparent in what is to me Goodacre’s most powerful and moving work; the Vietnam War Women’s Memorial. The women are shown as heroic for healing wounds, rather than for inflicting them. 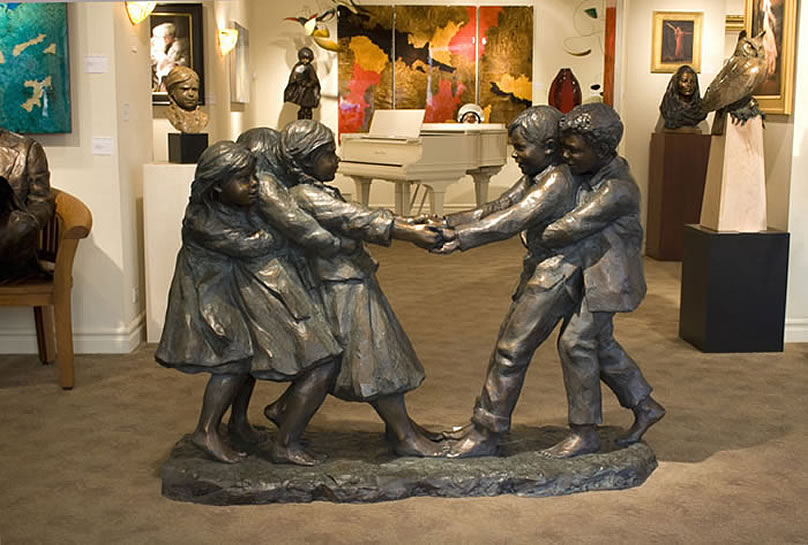 Traditional sex attributes figure in the next work, Tug of War. Boys are considered to be physically stronger than girls. Therefore, to make the contest fair, there are three girls against two boys. Goodacre’s art is uplifting in its portrayal of the good in people. Her children always play fair. 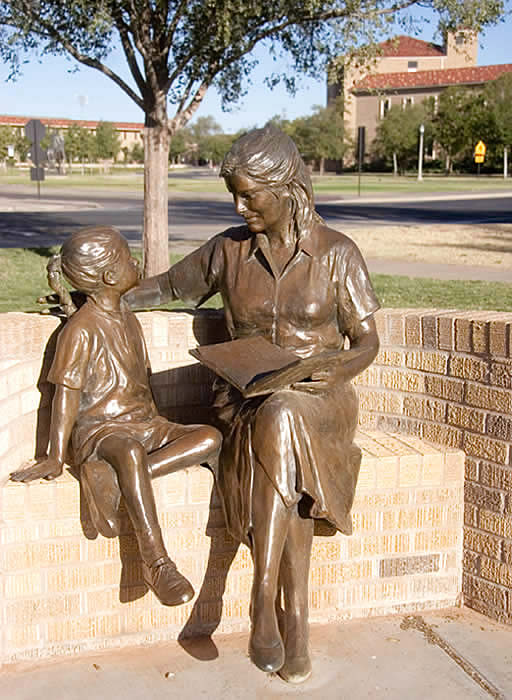 Children are good and parents are loving, as shown in the next statue group titled Mother and Daughter. 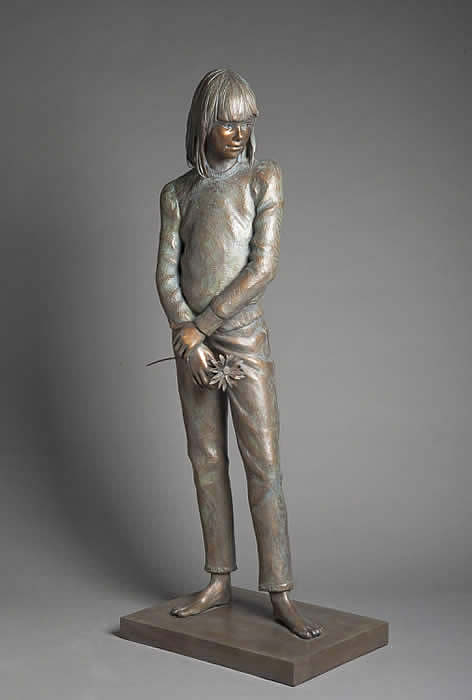 The next three sculptures are full length statues of girls, without adults or boys. Goodacre was very good at portraying all ages and sexes, but her girls are especially charming. 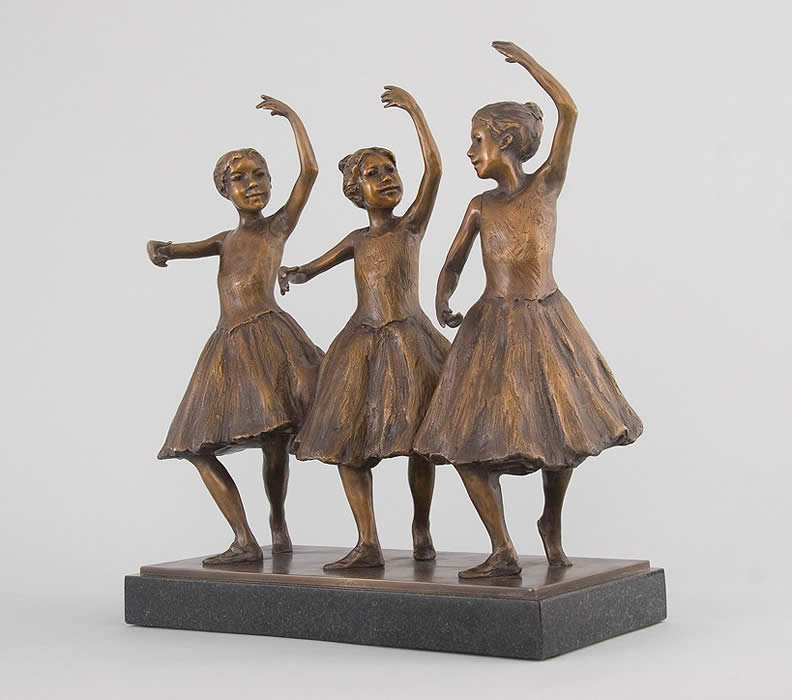 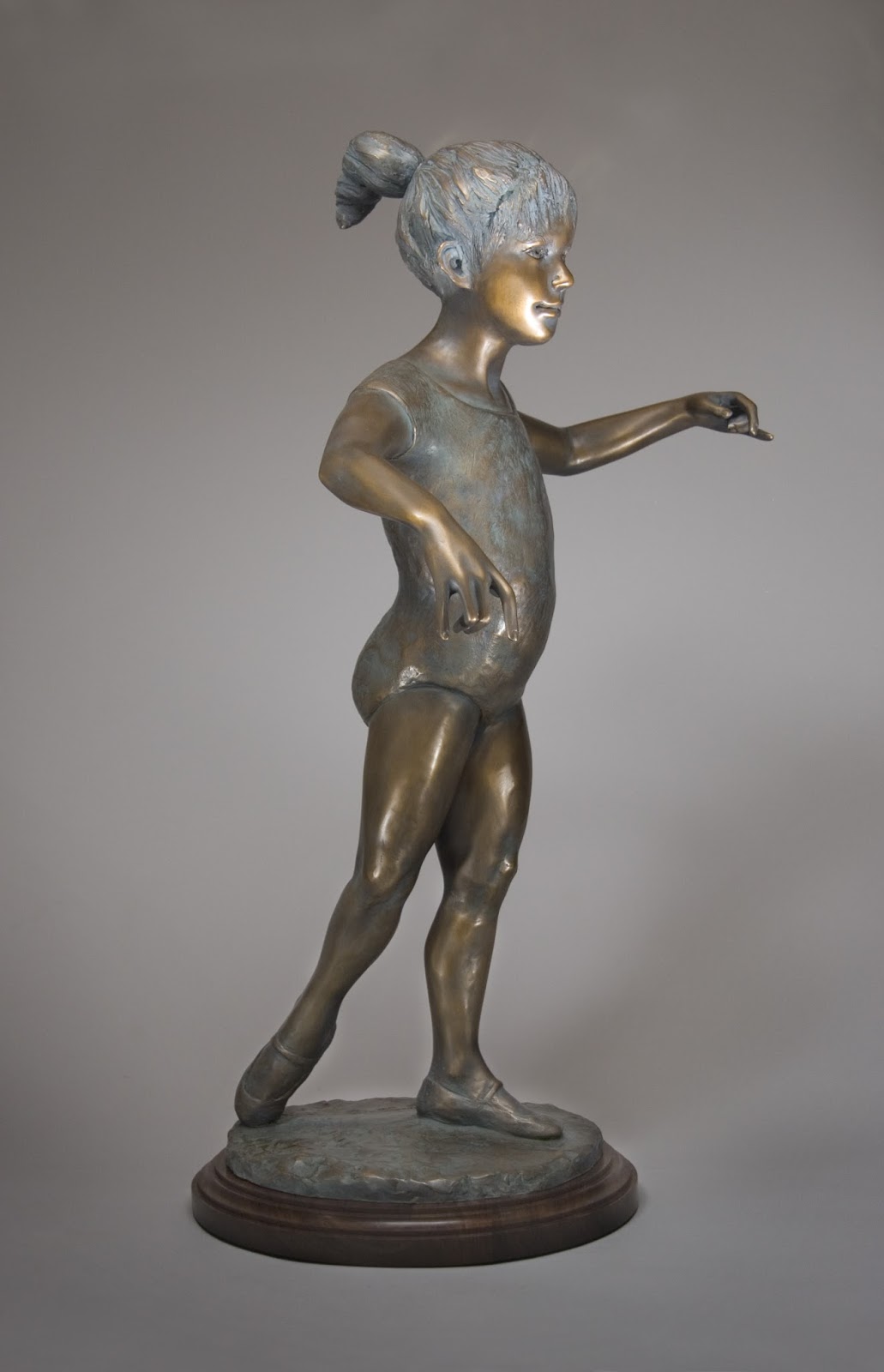 She sculpted facial portraits as well as full figures. The next two are portraits of girls I think are particularly expressive. 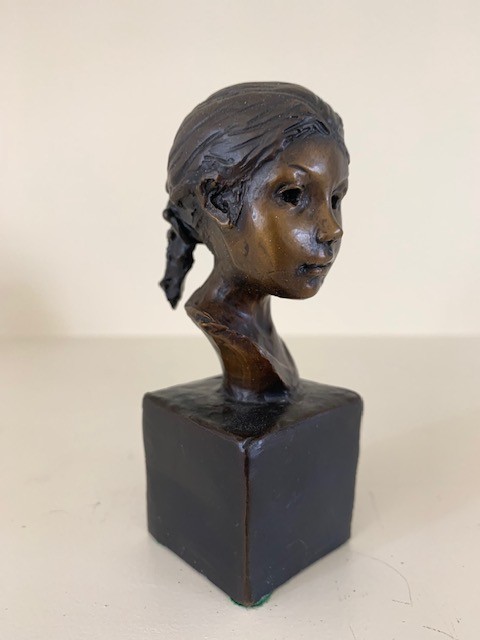 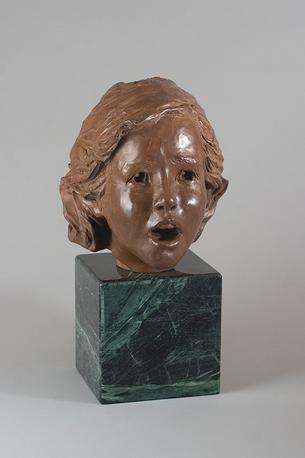 Goodacre specialized in the clothed figure, but she also did a few nudes. In researching this article, all of the Goodacre nudes I found were female, and all but one were adult women. The one exception is April, which is shown below. 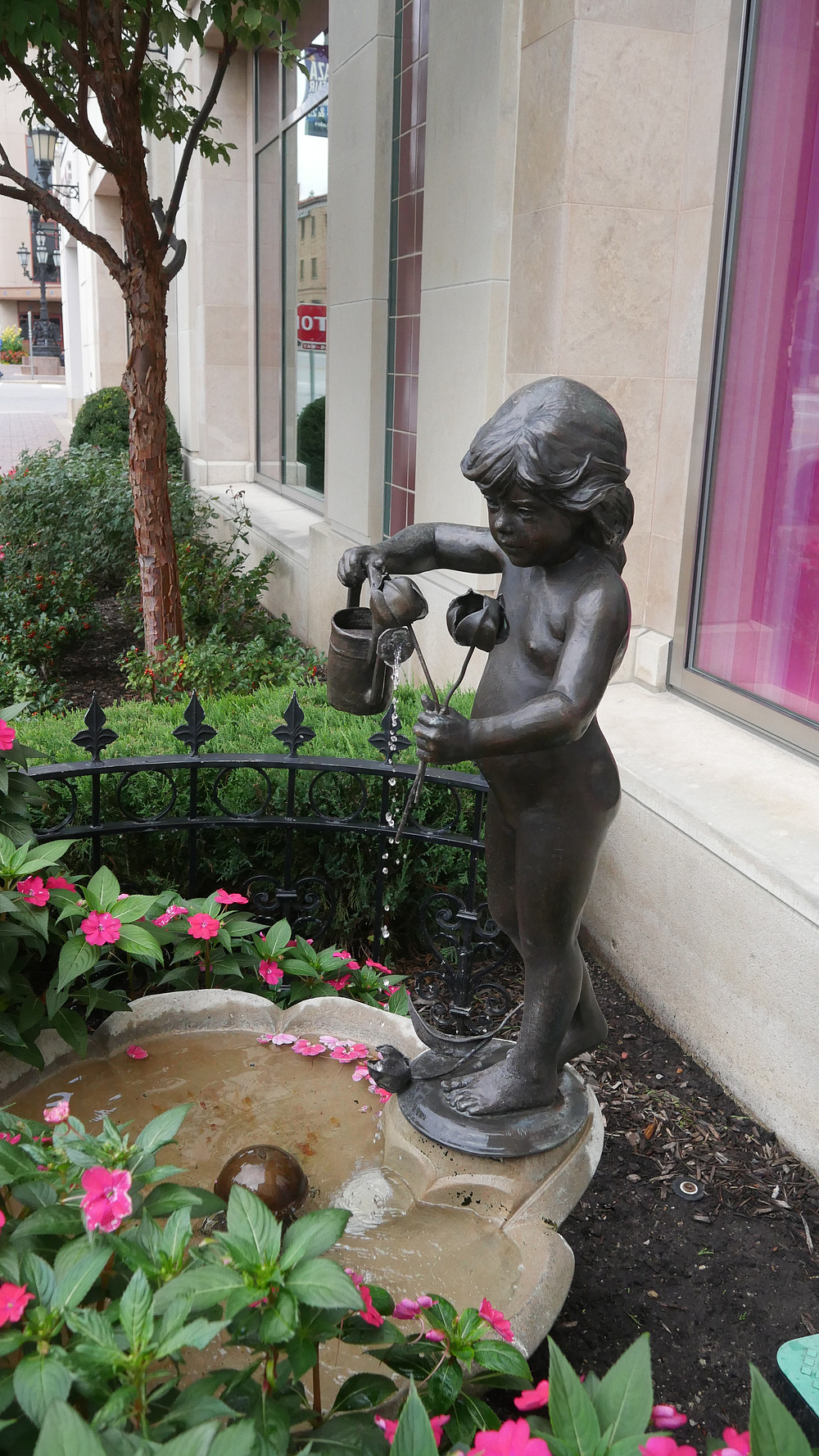 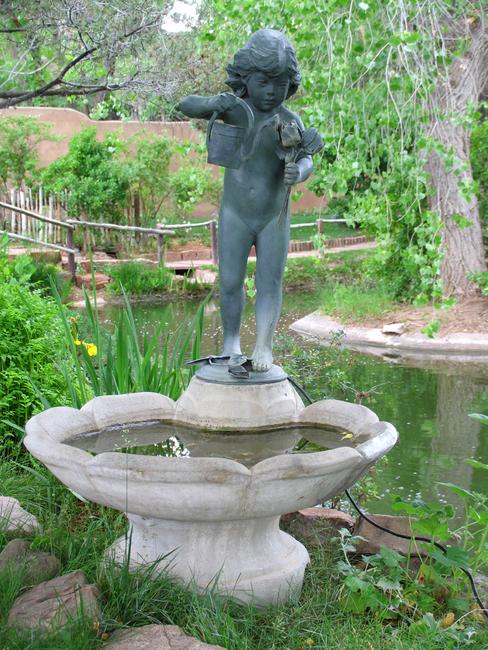