New Zealand artist Gerald Moonen appears on our radar because of his fight with New Zealand authorities regarding civil rights and standards of decency. I think all readers will agree that censors went way too far in this case. A critic wrote that the image below would have been acceptable if the subjects were boys! Besides being understandably insulted by this notion (the image is of his own daughters), it happens to be the girls’ own grandmother’s favorite picture of them. It supposedly appeared in a book called Image Dei but I cannot confirm this with internet sources. 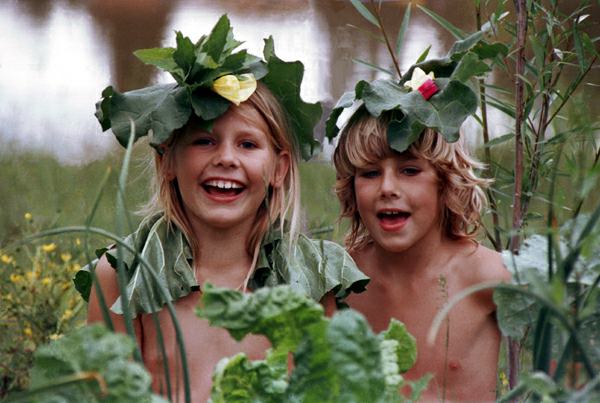 Moonen wrote a wonderful credo to the Government Administration Committee regarding the interpretation of the Films, Videos, and Publications Classification Act of 1993. It strikes me that this case has the same flavor as that of Graham Ovenden’s.