The French painter Georges Sauveur Maury was born on October 6, 1872 in Saint-Denis (near Paris). After studying with Ferdinand Humbert, Alphonse-Alexis Morlot, and Ernest Quost, he married a school teacher in 1902, and had himself a career in teaching. In 1932 he was nominated professor and workshop master in the famous Académie Julian in Paris. He died on August 22, 1960 in Montreuil (near Paris).

Maury mostly painted children, women and flowers, but he is also known for landscapes and orientalist scenes. I show below two of his paintings, showing children. 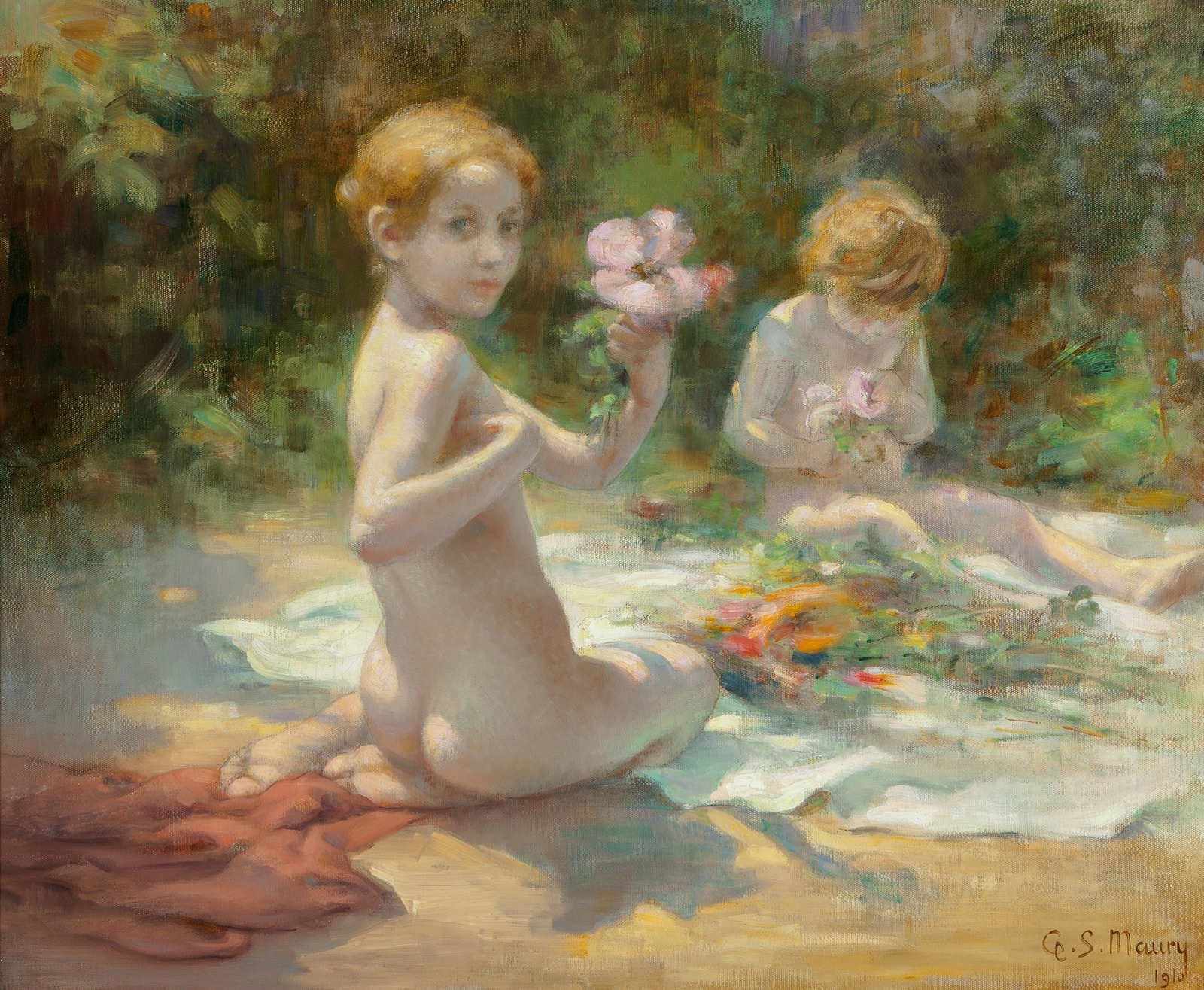 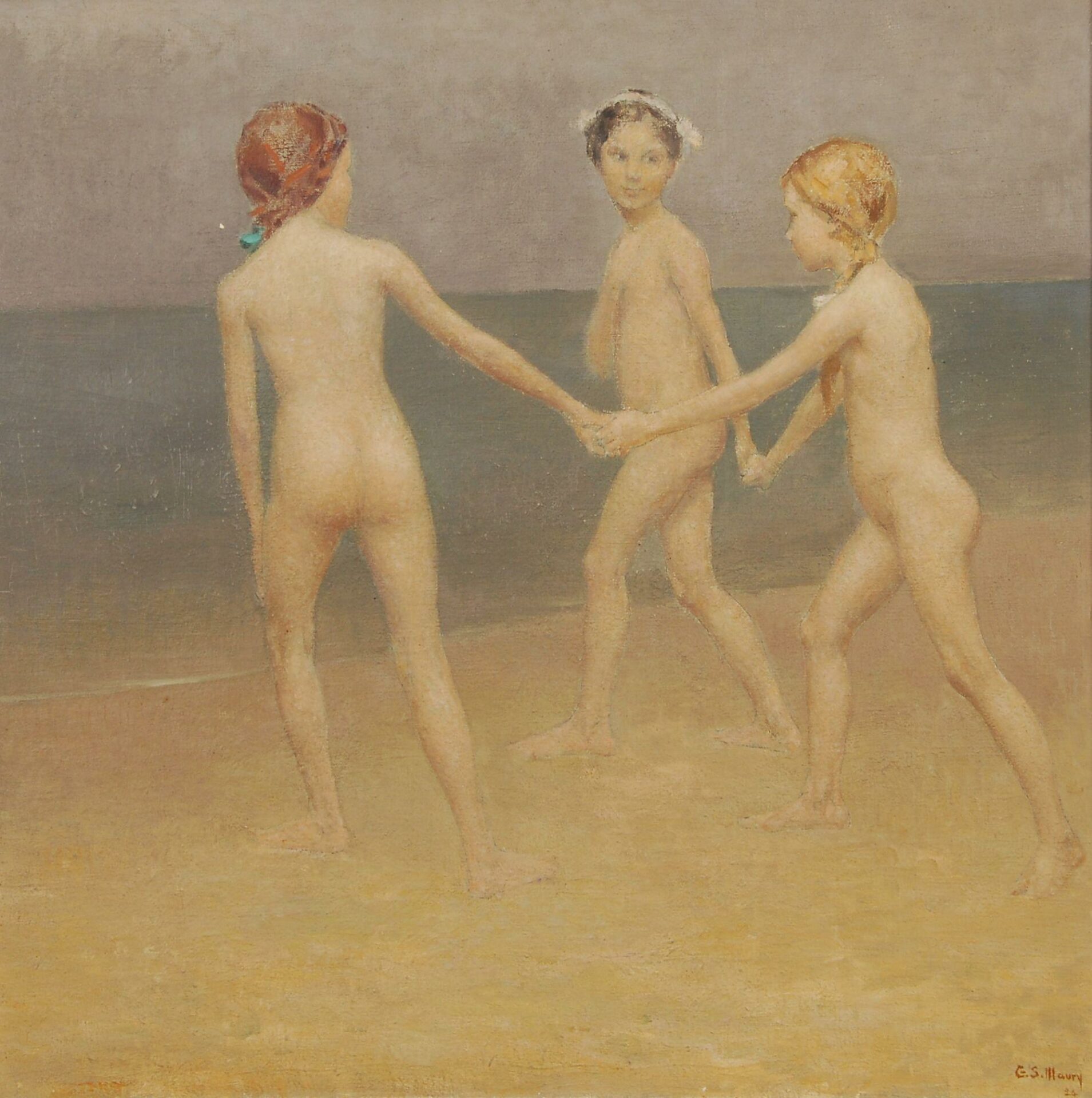 Another version of the second image was given in Pigtails in Paint, with the title “Three Girls by the Sea.”