It seems appropriate that today’s image is of children dancing. Throughout her life Barbara Morgan (1900–1992) has always been interested in capturing motion in pictures. She knew she wanted to be an artist and her father encouraged her so she studied to become a painter. In one class, she reportedly asked the professor if the model could move and was told indignantly that the purpose of the lesson is to learn anatomy. She met Willard Morgan while in school whom she eventually married and even though she was interested in becoming a painter (and also very interested in poetry and encouraging poets), she was told she should take up photography because it would be the artform of the 20th Century. After reading a book about the life of Isadora Duncan, Morgan became concerned that her absorption in her work might cause her sons to come to harm from neglect! Her husband assured her that photography was her real calling and that he would watch the children in the evenings when she was in the darkroom.

One of her most memorable experiences with dance was in watching the rituals of Native Americans of the Southwest. This was the first time she realized what a potent spiritual component dance could have. During her studies, she was fortunate enough to meet Martha Graham and Graham agreed to be photographed by Morgan as part of a project on modern dance. Later, her family moved to New York and she began photographing children at camp in Lake Placid: Summer’s Children: A Photographic Cycle of Life at Camp (1951). The photograph below is from that series. 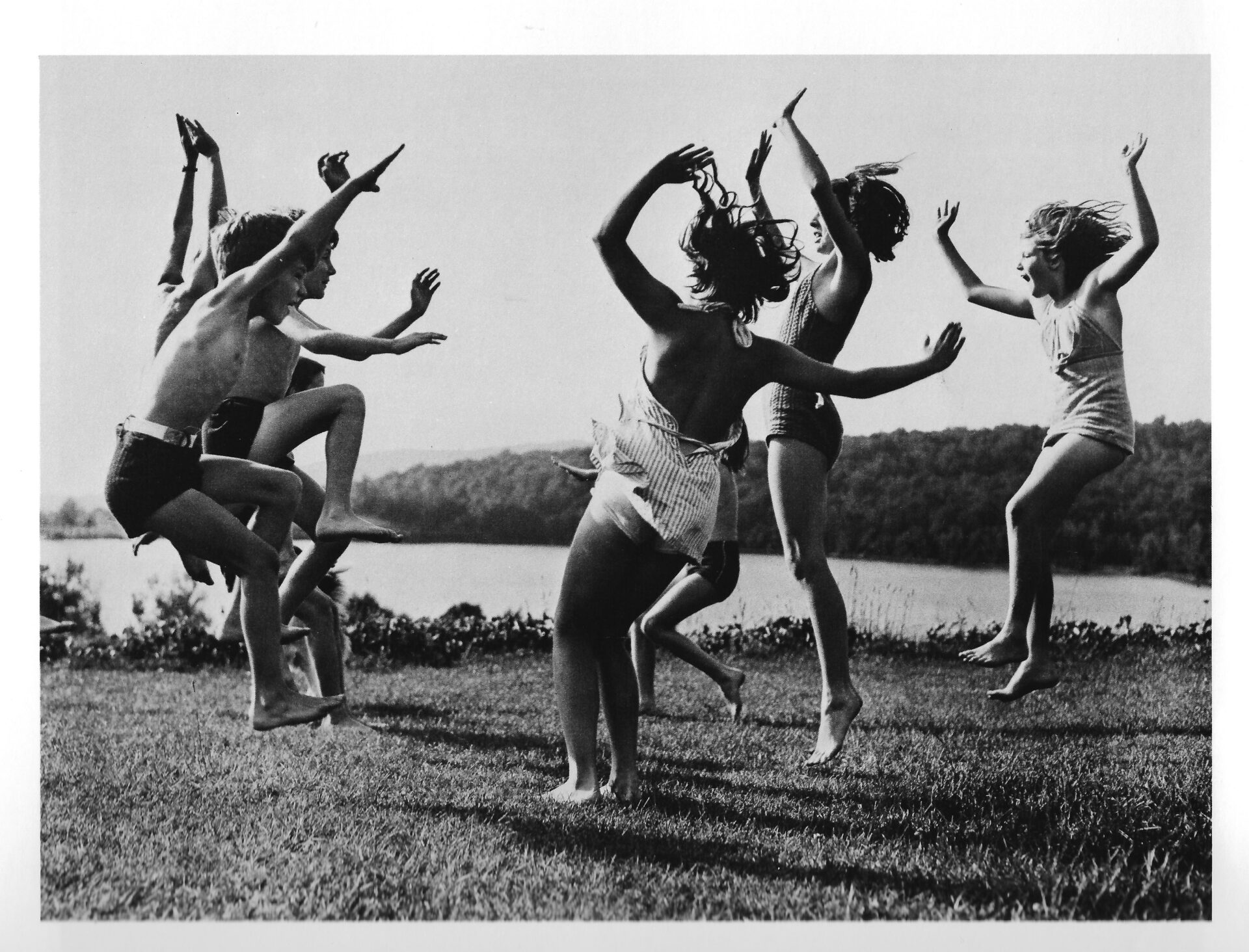