Josephine Gassman was an opera singer who established a troupe of vaudeville performers featuring Black children who sang and danced to African-American style music. The troupe’s name is not mentioned in the title of this article to avoid using a racial slur in bold letters as the first thing the reader of this article would see. For the sake of historical accuracy, I hope Ron will allow me to say here in the text that the troupe was called Josephine Gassman and Her Pickaninnies. The same word for Black children was used by other vaudeville performers of that time; the late 19th and early 20th century. It did not imply that Josephine Gassman (who was White) had an animus toward the children, and in fact she was able to work together with them to put on very popular shows. Gassman performed wearing blackface makeup. 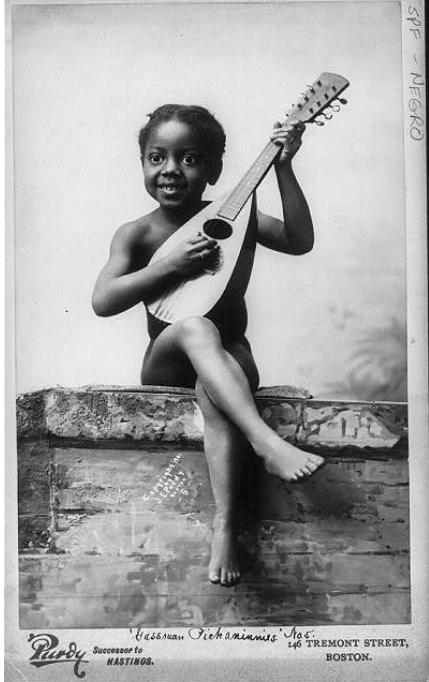 Irene Gibbons, who used the stage name Eva Taylor, was the most famous of the Gassman performers. She joined the troupe at age three in about 1898 and later left to start a solo career in music. She rejoined the Gassman troupe in 1914 as an adult singer and dancer. Gassman was not only popular in the United States, but also toured New Zealand, Australia, and Europe. 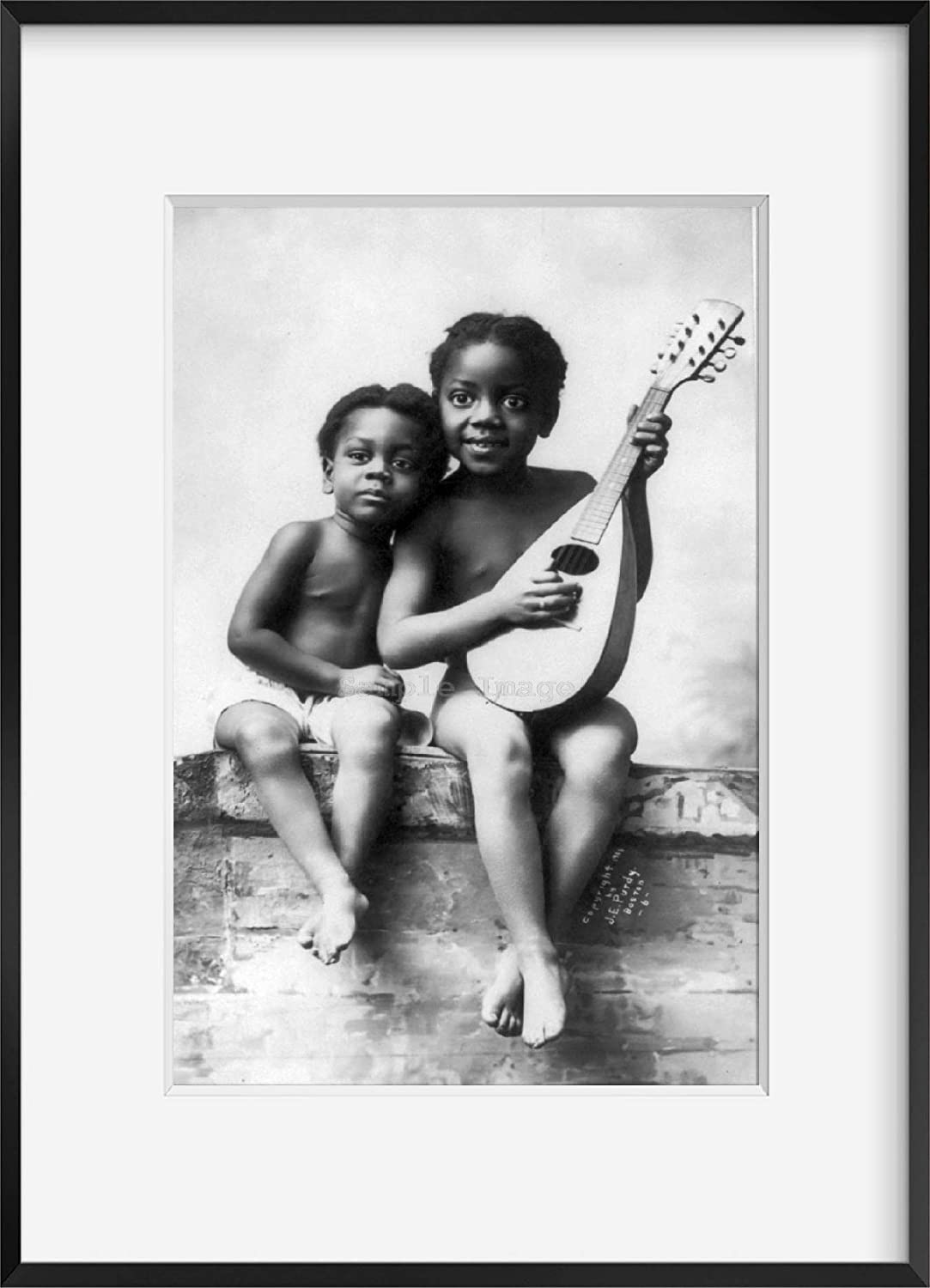 James Edward Purdy, a photographer in Boston, Massachusetts, took at least five studio portraits of the child performers in about 1901. Purdy was one of the most famous photographers in America. He made portraits of the most distinguished Americans of that era. Although he is generally considered an artist, most of his work that comes up in an image search consists of stiff head and shoulders portraits of VIPs. His work with the Gassman troupe is, in my opinion, the most artistic of his work that I have seen. 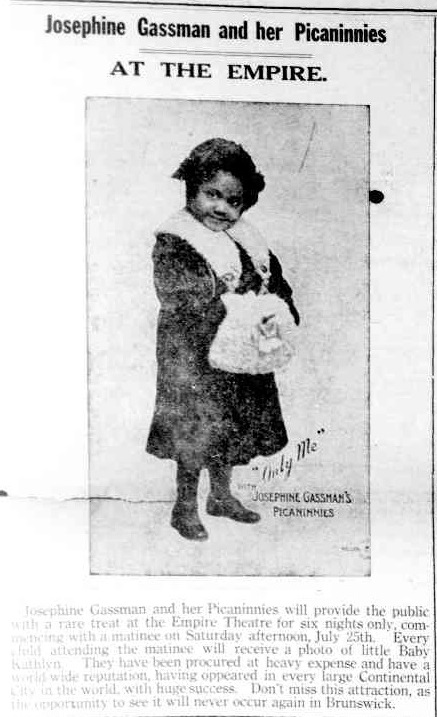 It also has the only nudes that I have seen among Purdy’s photographs. It would seem that the most appropriate publicity photograph for a stage act would be a photo that is similar to the act. A publicity photo of a nude girl holding a mandolin could imply that a nude girl plays a mandolin on stage. However, several reviews of Gassman’s performances are online, and none mention nudity. Some explicitly refer to the costumes worn by the performers. Although nudity seems to have been more acceptable in Edwardian and late Victorian times (see this post), I find it hard to believe that the Gassman troupe regularly performed in the nude. An advertisement for the performance in Australia stated that each child attending the matinee would receive a photograph of Baby Katlyn. I wonder if they were like the publicity photos by Purdy. 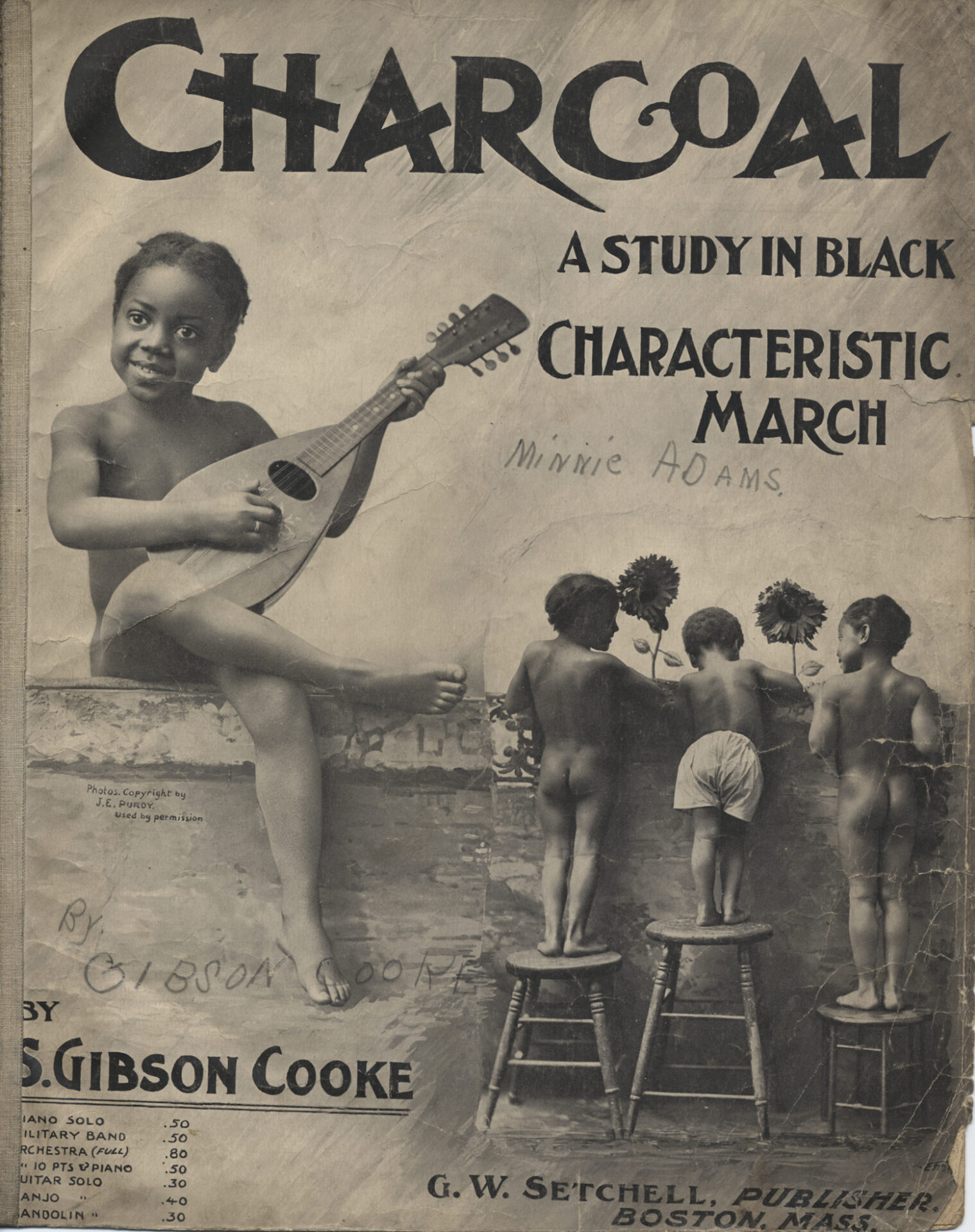 In two of the Purdy photos in this post, a boy is present with girls. The boy is wearing shorts while the girls are naked. Since the boy is obviously younger than the girls, it is peculiar that he is the only one clothed. Clothed boys with nude girls in early 20th century photographs have been discussed in Pigtails here and here. 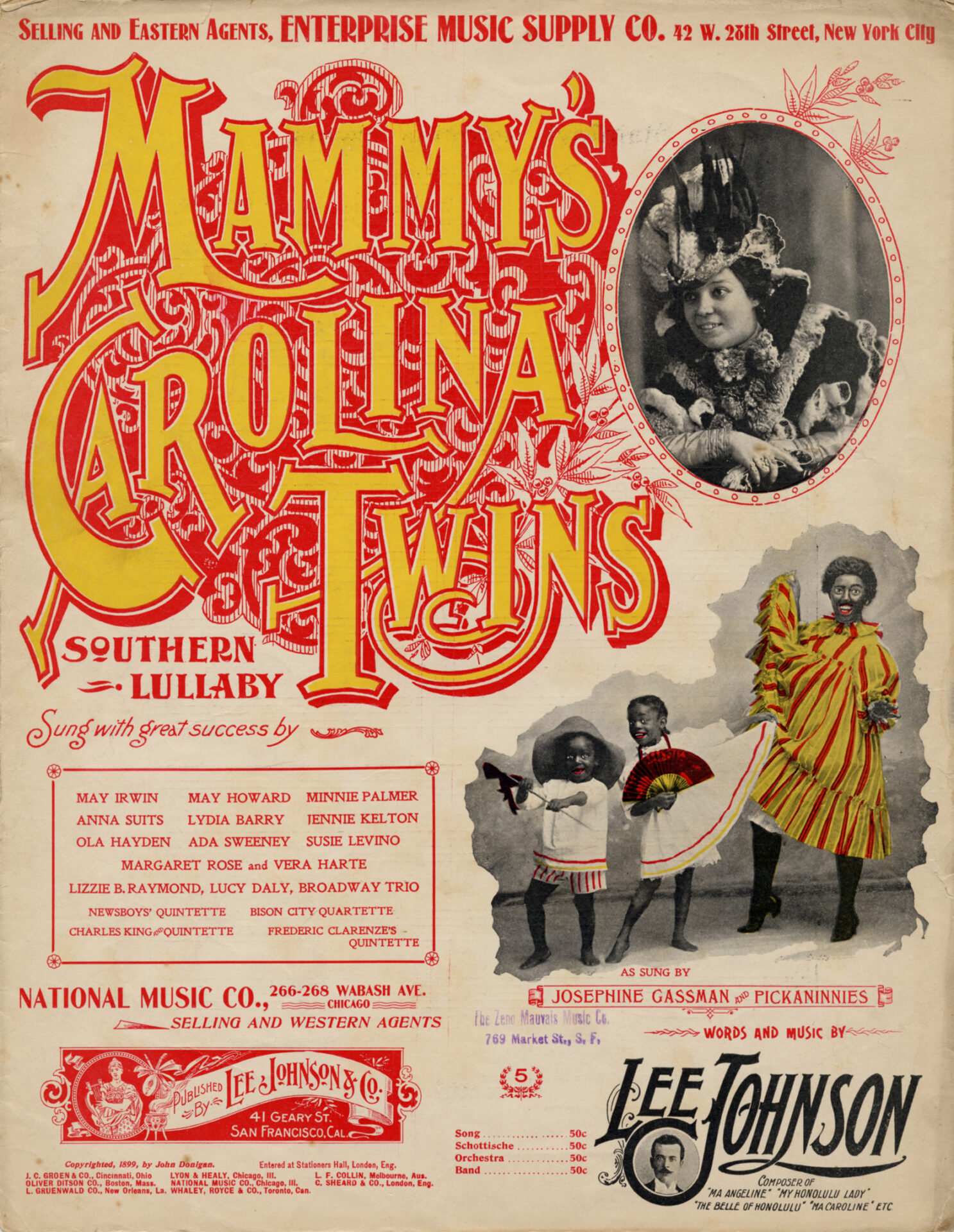