We periodically get album cover leads since Pip got the ball rolling years ago. the problem is that even though they can be found online, their quality is often poor or they’re too small. So we’re killing two birds with one stone here: 1) Informing readers of cover art of interest and 2) Soliciting higher quality images from readers which we can put in a dedicated post. My apologies that I can’t say much about the music itself since I mostly like Classical and music you can dance to! 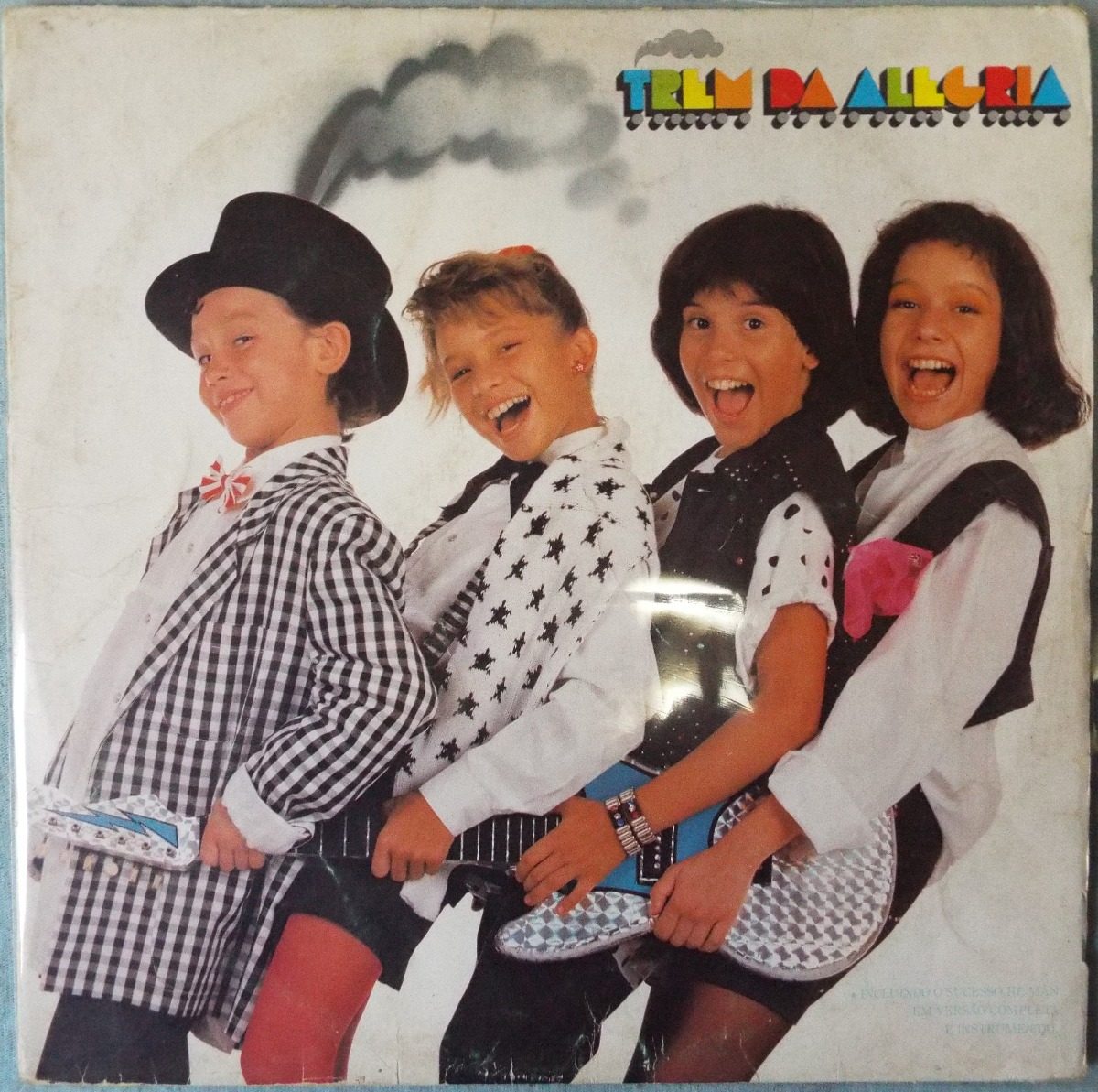 Trem da Alegria (Train of Happiness) was a children’s musical band based in Brazil. They released eight albums between 1984 and 1992.

La Chorale Des Enfants De L’Opera De Paris: Children Of France is, just as the title suggests, a vocal selection performed by children from France first released in 1971. Besides the charming cover, if you click on “more images”, you will find another sweet image of the smiling children.

Mulekada was a Brazilian children’s musical group. This group was active from 1998–2003 and featured a Latin-Pop style of music.

The Smart Set: Informally Yours is a US LP/Vinyl release of easy-listening Jazz which came out in 1959. A cute and innocent bath scene.

Surprise Party Au Bord De La Mer is a collection released in France in 1958. Once again illustrating the convention of very young children not having to wear clothing at all at the beach.

Bonemen of Barumba: Driving the Bats Thru Jerusalem was released in LP and CD in 1982. Straight beach nudity but not clear the thematic intent.

Mu Dv Ay Ne: L.D. 50 is a Heavy Metal Vinyl and CD release from 2000. The artist’s name is actually Mudvayne but this album is made to appear like atomic symbols from the periodic table (only Ne [Neon] is legit BTW).

Carnaval dos Baixinhos is an LP cover released in Brazil in 1988. The titles of the songs seems to suggest that this is marketed for children. The cover shows plenty of toddler skin but it is somewhat jarring given the theme of Carnival. The good news is that the faces are not visible so there should be no concerns about stigmatization for these two who would now be in their 30s.

J’L’Tismé: Le Jour J is a hip-hop label released in 2000. Images like this are both amusing and provocative with the baby seeming to engage in grown-up vices.