Gigi Finizio (b 1965) is an Italian singer, songwriter and actor. In 1993, he released the album cover shown below. Isn’t it sweet? 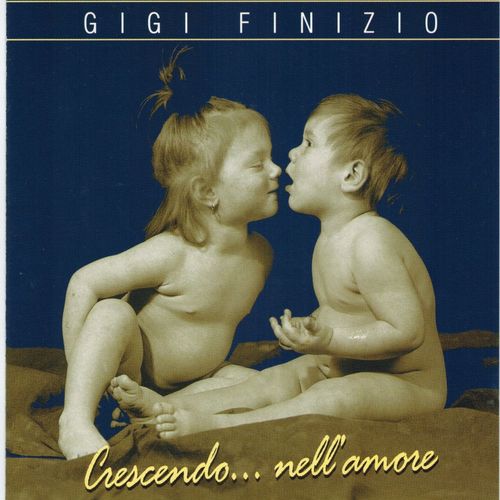 It reminds me how ludicrous the concept of sexualization is. I remember years ago my toddler cousin being encouraged to kiss one of the neighbor boys. Everyone said, “Ahhh, isn’t that so cute!” We live in a cynical age and maybe some people would even look at this today as inappropriate behavior. The problem with the concept of sexualization—and I am not the first to make this point—is that it presumes that babies, toddlers and children are not sexual beings at all. The mistake people make is the projection of an adult sexuality onto the younger individuals of our species. Every youngster has to learn the rules of their culture on how to express themselves and cope with the vagaries of their sexuality as they go along. They are taught to share and be sociable and, in this case, how to show affection even when goaded on by the adults making it seem a bit forced. Our sexuality does not magically crystallize in one moment but is built up over time as our capacities develop until it reaches an adult state with the ability to reproduce.