A reader sent me these images by Marc Riboud (1923–2016) from a 1955 issue of Camera. Although he was not known for his photographs of children, Riboud did capture these two spontaneous shots. 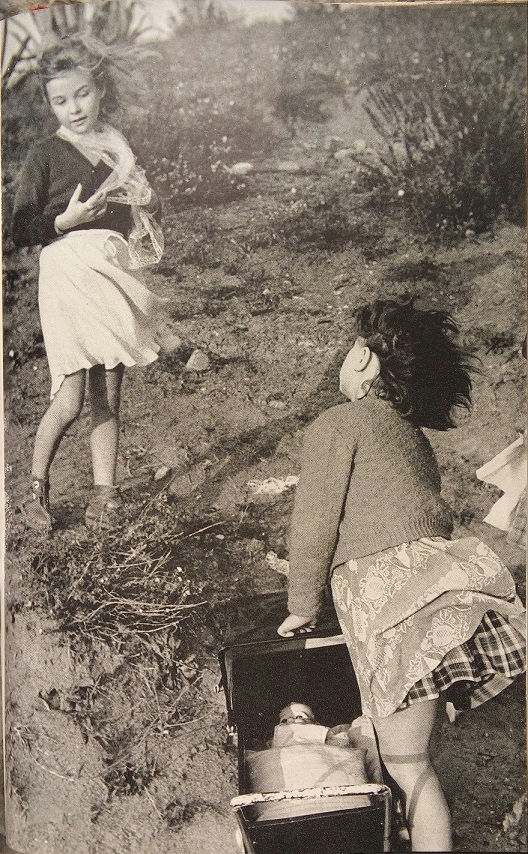 A strong wind was blowing but that did not phase them. They were so interested in their game of make-believe, they were not even aware when I took this picture and a few others at the same time. -Marc Riboud for Camera Magazine (1955)

The two girls below were pupils in a children’s home. 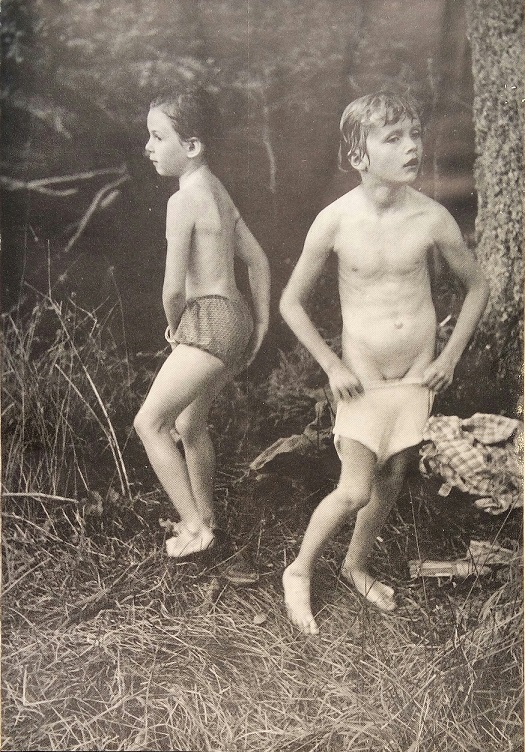 They had been bathing and had just come out to put on their clothes. In their modesty, they stood back to back so as not to embarrass one another. -Marc Riboud for Camera Magazine (1955)

I know Pip did a post on the above image but I thought it would be nice to have some the artist’s commentary to go with it. -Ron