Jacques Bourboulon was born in 1946 in Vautorte (Northwestern), France. Had he not narrowly escaped death when he was 12, the world would not have seen his stunning landscape and glamour pictures because it was his near-death experience that led him to a photographic career earning him accolades and enormous satisfaction. He points to a scar on his head and explains, in heavy French-accented English, how an accident he had when he was 12 caused him to slip into a three-month coma. It was a miracle he survived as his doctors said that 99 percent of people with such head injuries usually die or become a vegetable. 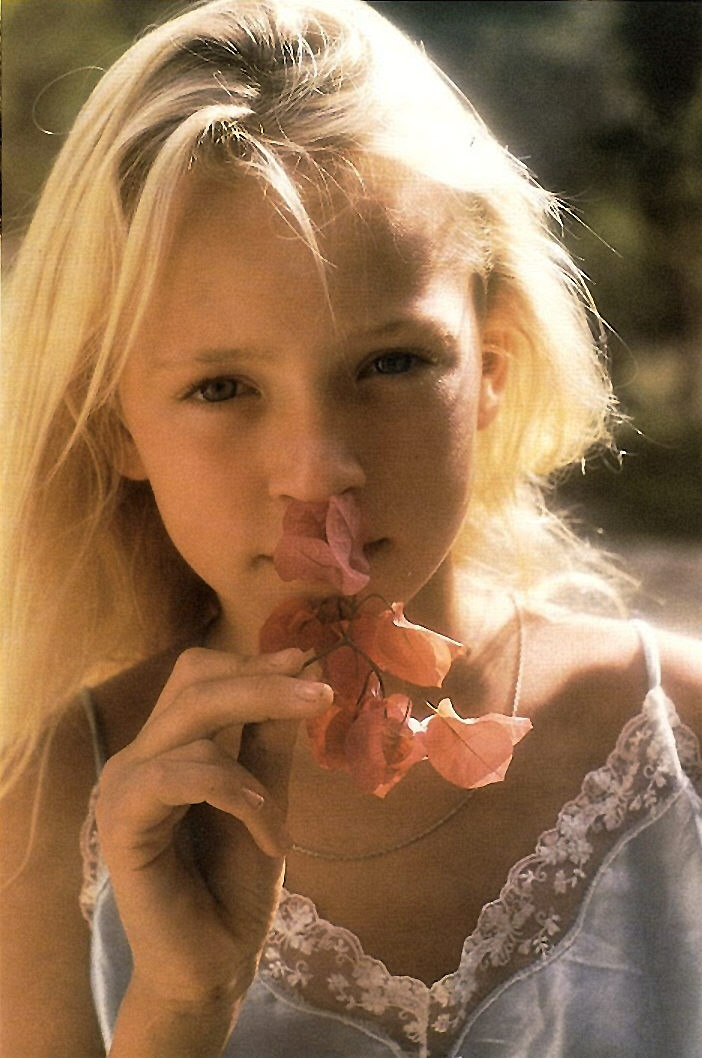 Although photography was of greater interest to Bourboulon, after graduating from school he decided to travel to New York and earn a living for a while playing the organ in the neighborhood church. However, upon returning to France in 1967, he returned to his first love, photography (although he continues to stay interested in music to this day). As he’d stated:

When I was 19 or 20, I decided that I couldn’t make a career in music. At about that time I saw a picture ‘The Apple and the Peas’ taken by Sam Haskins with a Pentax. It was a very memorable picture and I promptly went out to buy my first camera. …. For the first ten years I was very poor. I spent every penny I had on films, products and chemicals to produce photos.

Without any knowledge of photography, he simply reads the instruction manual. “I’ve never taken a course, never been an assistant. But when one begins to immerse oneself in the photo world, one must be prepared to die for it. It’s a passion which can cost dearly; and it’s necessary to keep on doing it and doing it.”

Bourboulon’s big break came when he was given the opportunity to try fashion photography. His “eye” was so good it was featured in leading French fashion magazines like Vogue. That also earned him the chance to work for renowned couturiers (specialized fashion designers) such as Dior, Feraud and Carven. 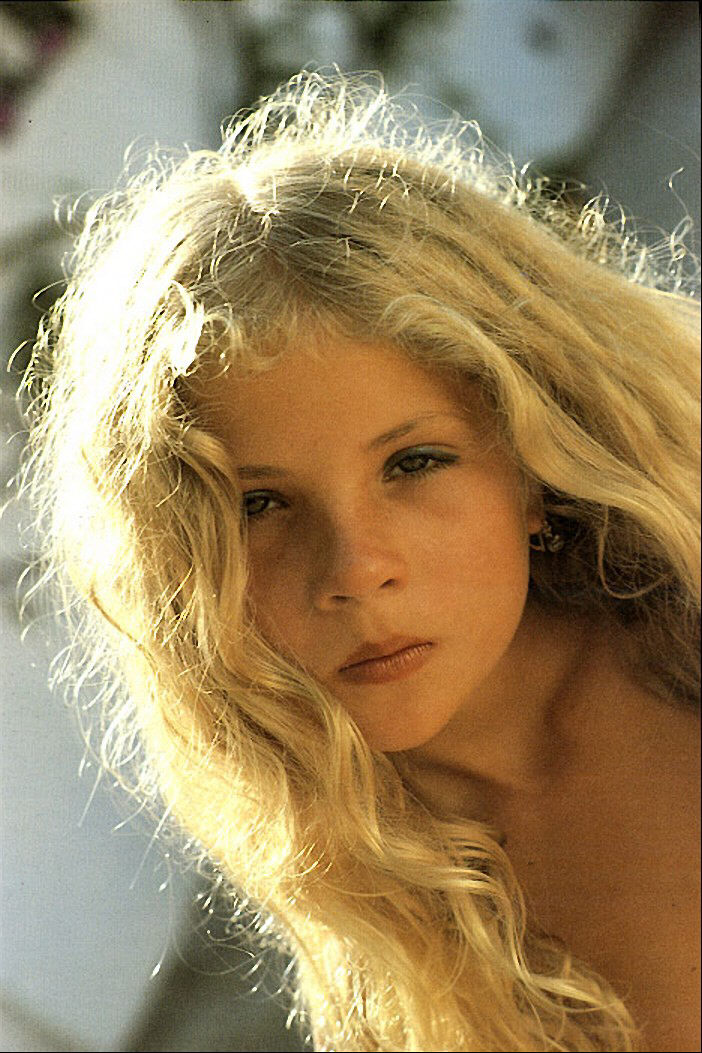 Although Eva Ionesco was the most well-known of his models, she wasn’t the only one—a list that includes Alicia, Jutta, Valerie, Lea, Vera, Carita, Maria, Suzanna, etc.

Jacques Bourboulon always preferred non-professional models; as he himself describes in an interview with Zoom on what he looks for in a model:

As far as the young girls, my affinity for them is how I choose them. It is also possible that the act of working with young girls lets me express myself more easily. First, I must say that I detest [professional] models, not as women but because it’s their profession. There’s nothing of naturalness, of freshness; they have a way of expressing themselves, of moving about, without any freshness whatsoever. I watch myself that I don’t push the girls I work with to become like that. …

…[I select] only those girls who are from school, who are hired, and then whom return to school. I work with all these girls, not only one time, but for years. I know them, I know their parents, they receive me, it’s a continual contact. The first that I’d discovered; it was 7 years ago. She was 12 years old, 19 now. She’s continued to come see me at Ibiza, not forcibly to take photos; there was never any ambiguity.

With respect to continuing photo sessions: “I explain to them what I do, I show them the photos. They are at times astonished, but two months after they’ve received the photos, I write them, and when they re-see them, everything becomes simpler.”

And, quoting from an interview in another magazine, “He prefers young girls he finds by chance on a voyage, a night out, or crossing the street.”

As far as technique is concerned, he uses (from another interview) primarily:
“…a Pentax,” (later a Contax RTS) an 85mm lens, and Kodachrome 25 (later Agfachrome RS)…. 5 months a year in Ibiza, in an old farm of the 13th century, lost (hidden) in the back-country that he has rents and has lovingly restored (almost stone by stone) …. Ibiza, which he loves profoundly because of climate, the superb lighting, and the possibility of taking different photos. He passes almost twelve months of the year there—the sea and the mountains in sight, the ease of access (next to Paris), and it’s not too expensive!

Bourboulon took most of his glamour photography during this period (the next 12 years) in Ibiza (Spain); which became his natural studio. In 1980 he published his first book, Des Corps Naturels. He has since published another 20 books (6 in Japan) of which 400,000 copies have been sold worldwide. For the next 30+ years, he also produced calendars, (Pentax 1987, BASF 1988, 1992, etc), postcards, posters, illustrations, photos for publicity and over 160 exhibitions around the world.

Around 1985, having received hundreds of letters from amateur photographers familiar with his work through his publications, exhibitions and books, Bourboulon decided to dedicate part of his time to the public with a passion for photography. For the big international photographic shows, he organizes conferences, workshops, diaporamas and exhibitions in Tokyo, Sydney, Auckland, Cyprus, Cologne, Brussels, Stockholm, Paris, Madrid, Barcelona etc. His public appeal draws crowds and the photographic magazines regularly publish his work. These workshops continue to this day.

In the late ’80s, Bourboulon, preoccupied more and more with perfection, turned toward landscapes. As he stated in a 1996 interview in Chasseur d’Images (French photo magazine):

“I didn’t choose to become a landscape photographer; it is the landscapes themselves that drew me in. In fact, I feel now the same emotions towards nature that give me the same feelings as in my past career. Three years have passed in which I’ve traveled through the world looking for unique scenics…on foot, in a vehicle, on small roads, under the rain, sun or under the last rays of light” … New style, new habits, JB has discovered his new subject: “Contrary to the woman, where one can repeat the same poses indefinitely in the same place, nature never repeats itself. … The magic instants only last for a few a seconds.”

In answer to the question of publishing books beyond the existing 24, he has no other plans but to inspire others to look at the world differently more. He states that he had spent about five years on research before the publication of each book. For the time being he is pretty contented with life on the lecture circuit and doing his own personal photographic research. 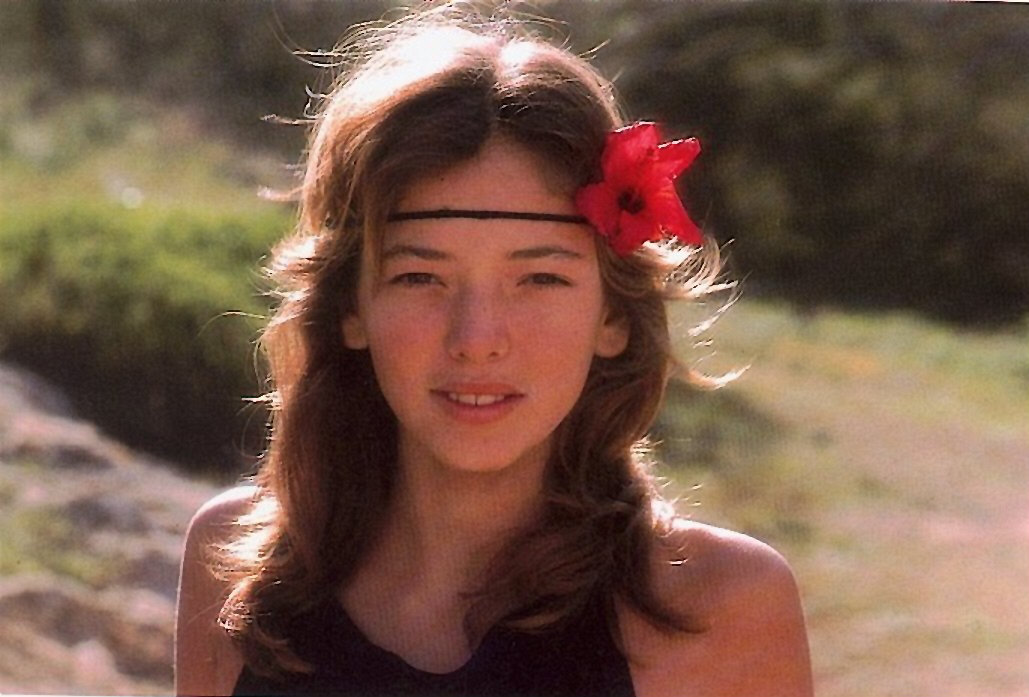 What about inspiring others to take up photography seriously? Jacques says it is not at all easy. There is no tried and tested formula. You have to,

Many thanks go out to the people who contributed to this article: The artist’s agent who provided the background materials; the two French readers who transcribed the hard-copy materials; Mr. Madaio for translating and then composing this article; and whoever it was who scanned the Mélodies images saving me the trouble. Without their help, this post would certainly have remained unpublished for a while.

Because this artist’s age range lies mostly outside the purview of this site, images posted in this article come exclusively from Mélodies which features the youngest girls from his portfolio. -Ron

¹ Eva Ionesco herself has been the subject of numerous articles and a 2015 book, Eva, written by her current husband, Simon Liberati. In the book, written entirely from Liberati’s observations and point of few, but with a few 2nd-hand quotations from Eva, her tumultuous childhood as a nude child model from the age of 5 and “loose” lifestyle is portrayed. How her youthful lifestyle has led to her current persona is also described. Liberati focuses mainly on Eva’s relationship with her mother, Irina Ionesco, upon whom both he and Eva have heaped a considerable amount of scorn for her profiteering from her daughter. Jacques Bourboulon is only briefly described in this book as one of the “nude photographers”, but no insight is given in this book on her relationship with photographers other than her mother.