It seems like such folly today but, in its day, corsets were considered an acceptable way for girls and women to feel attractive by maintaining their figure. Girl children were often featured in these ads, sometimes in the form of cherubs. Is this some kind of endorsement from heaven? So the manufacturer/retailer would have you believe. 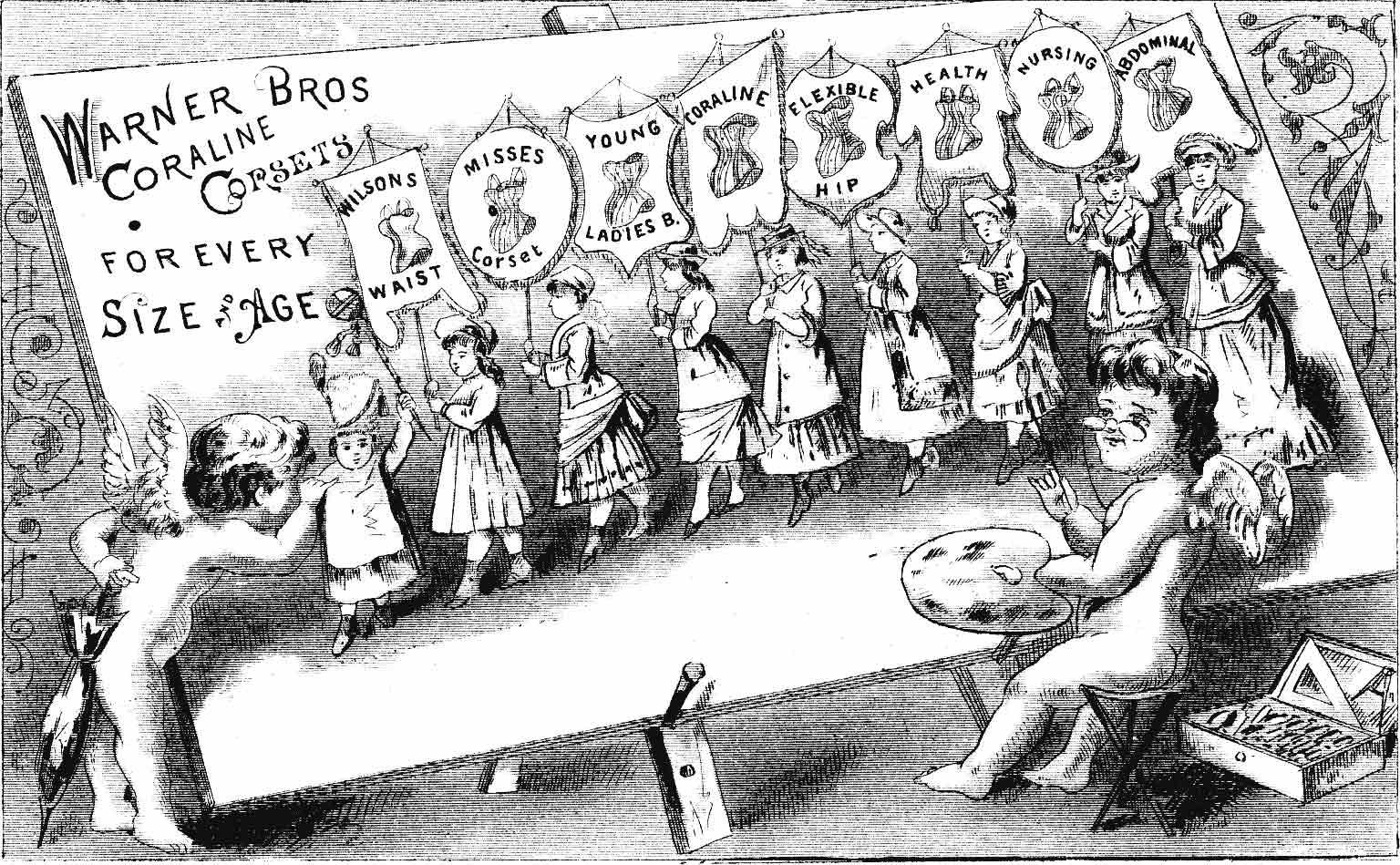 There are many other possibilities for why little girls should appear in such an ad. Perhaps it was a way to indoctrinate the next generation or a cruel taunt about the bygone days of the perfect child-like figure. 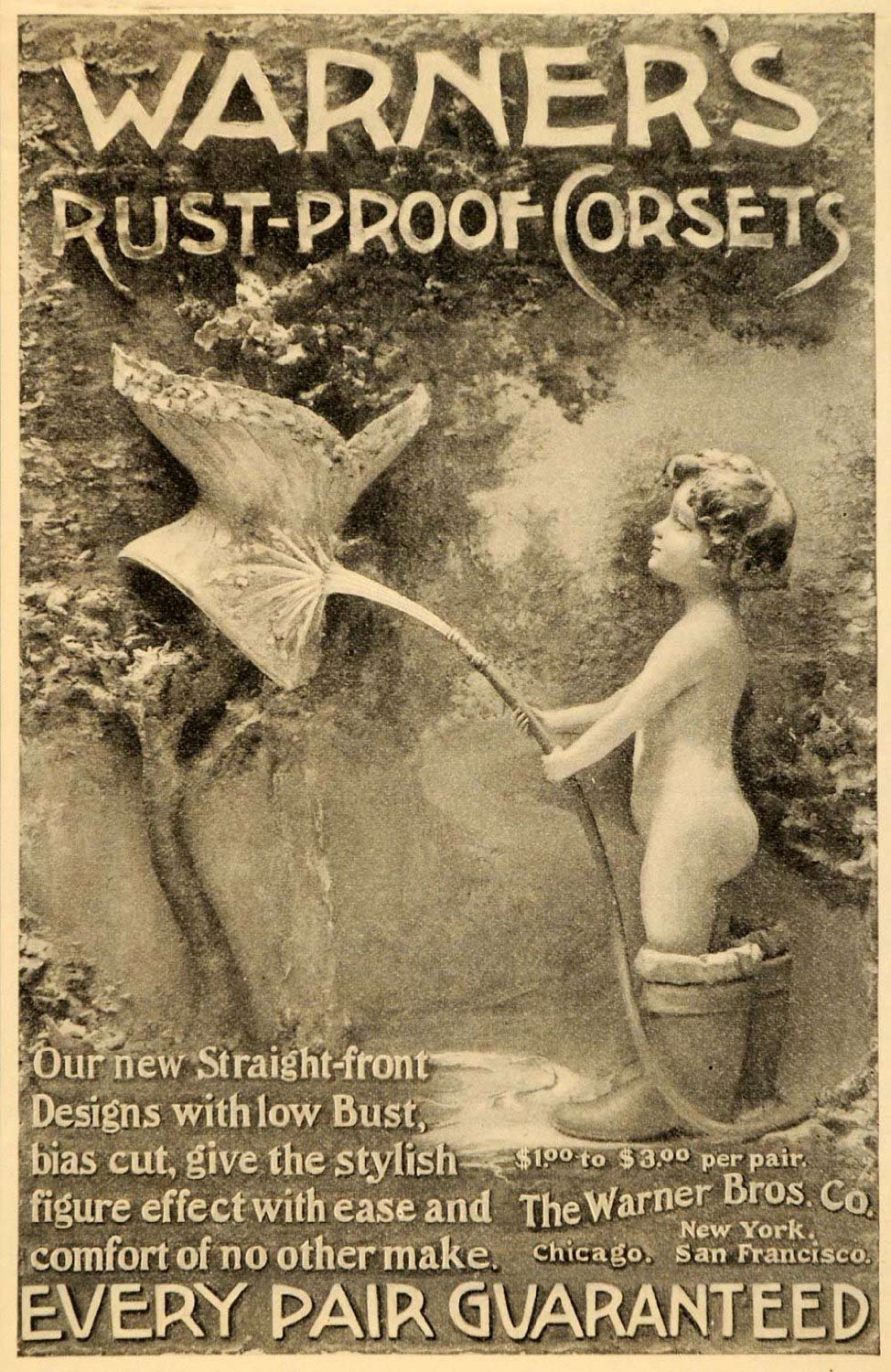