The death of children is always heartbreaking. And there seems no end to the atrocious ways they reach their demise. The most poignant cases do not have so much to do with the manner of death, but the reason for its necessity. In the case of Joseph Goebbels, Nazi propaganda minister, and Magda, their offspring—five daughters and a son—were the victims of fanatical ideology.

The children’s upbringing seemed pleasant enough with their own ponies and a little carriage in which to ride around. Joseph was photographed in public with some of his children on several occasions and set up a concealed camera to film them as a “healthy” contrast to the handicapped children in a propaganda film. In 1942, the children appeared 34 times in weekly newsreels, participating in pleasant everyday family activities. Goebbels was presented that October with a copy of those films. The children were moved around to put them out of harm’s way of advancing troops toward the end of the war. By April 22, 1945, the Goebbels moved their children into the Vorbunker, connected to the lower Führerbunker where Hitler and a few personnel were staying. Goebbels in an act of personal loyalty refused to flee Berlin and in a note stated that the children would have supported the decision to commit suicide if they had been old enough to speak for themselves! The plan was to have the children injected with morphine so they would be unconscious when the cyanide was administered. Magda was apparently contemplating the killing of her children a month beforehand. Her rationale was that she did not want them to grow up hearing that their father had been one of the century’s foremost criminals. The bodies were discovered by Soviet troops dressed in their nightclothes, with ribbons tied in the girls’ hair.

Graham Ovenden was inspired to write a poem commemorating this tragedy. 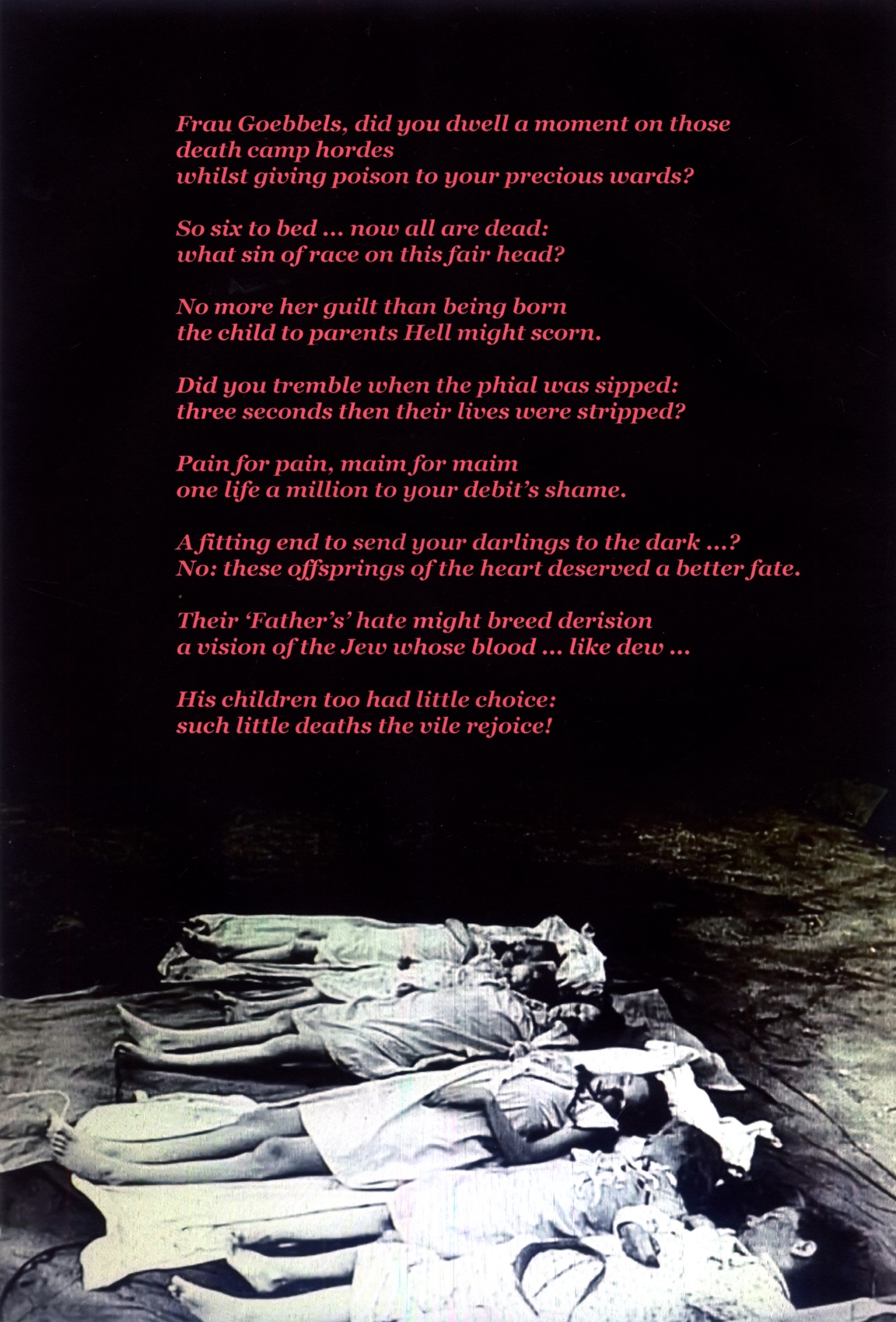