Here is an interesting picture which appeared on the cover of the Mexican magazine Contenido (Contents) in January 1979. The photo was shot by Mexican photographer Miguel Angel Romero, of whom there is almost no information. 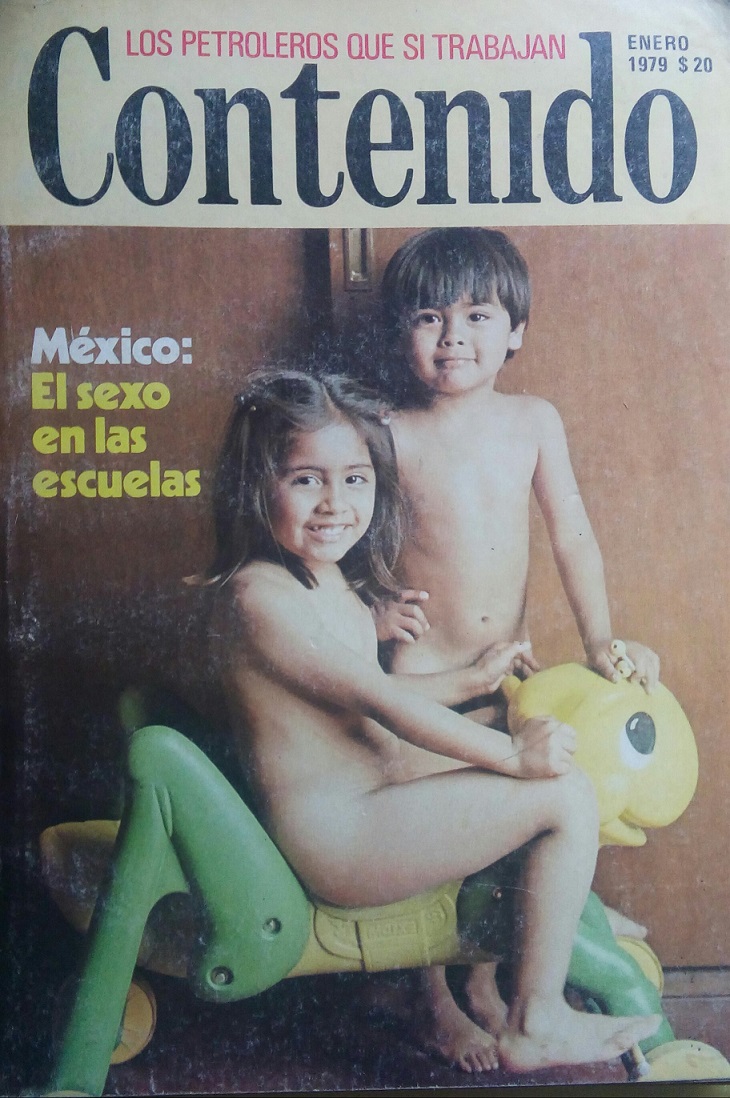 The purpose of the image was to introduce specifically the subject of sex education in contemporary Mexican schools. The photograph was taken in a domestic setting as evidenced by the closet behind the children. It seems the image was composed strategically as to not display the genitalia but, most remarkable, is the confident, care-free attitude of the children despite being naked. I am told that even at that time, this frank display of nudity in Mexico was quite unusual, even among widely-distributed sex-education texts. Today, just like in the US, cartoon portrayals of naked children are the norm in Mexico.